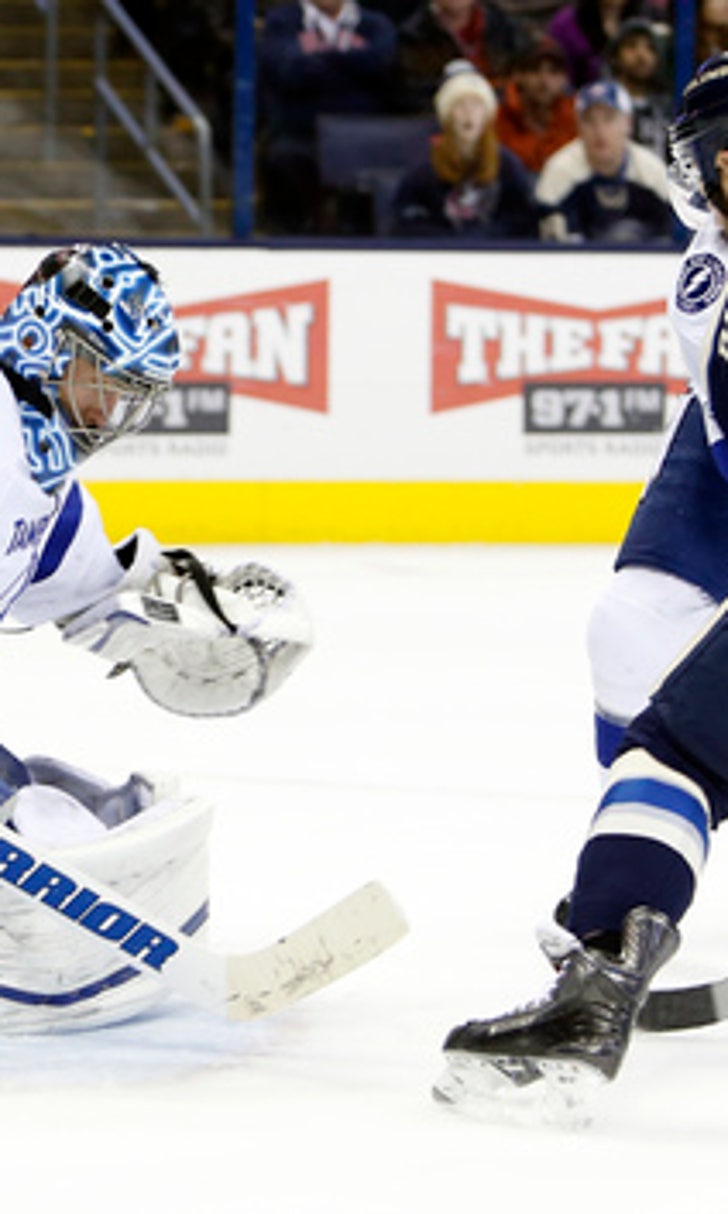 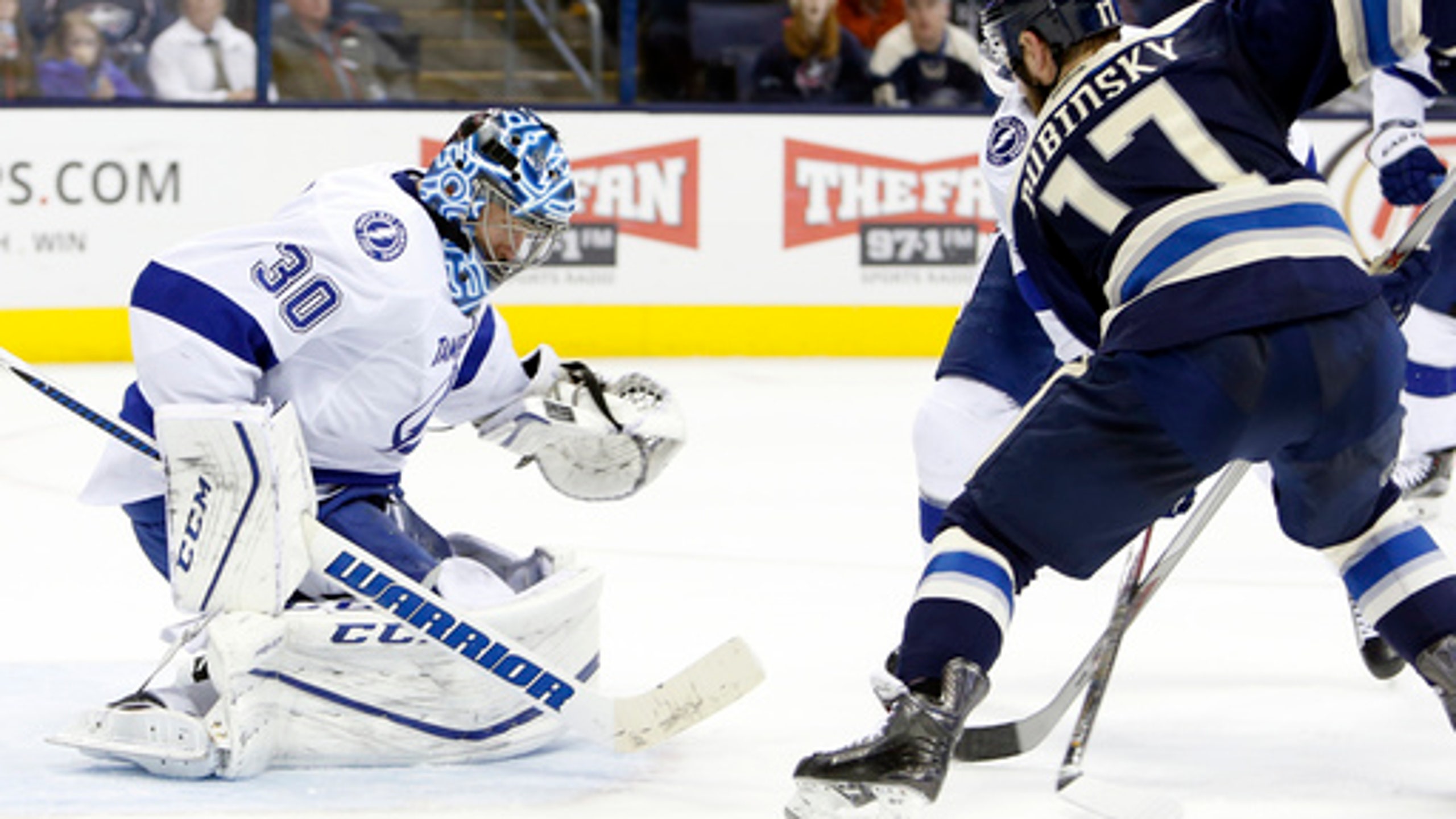 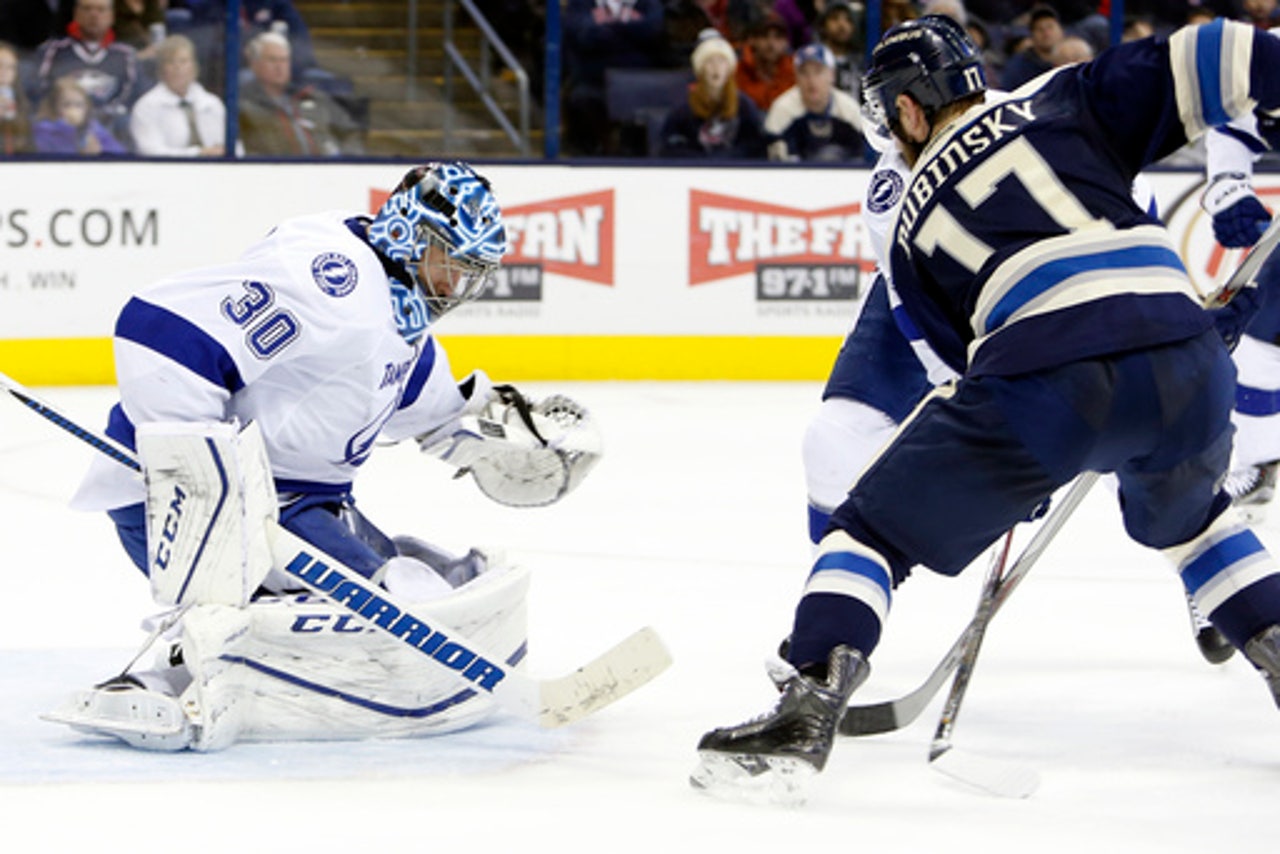 COLUMBUS, Ohio (AP) Ben Bishop made 37 saves, Steven Stamkos had two goals and an assist and the Tampa Bay Lightning beat the Columbus Blue Jackets 4-0 on Sunday to stop a three-game losing streak.

It was Bishop's fourth shutout of the season and No. 16 for his career. Ondrej Palat had a goal and an assist and Vladislav Namestnikov also scored as the Lightning broke out on offense after scoring three times in their last three games.

Tampa Bay (40-24-5) moved into a tie with idle Florida (38-21-9) for second in the Atlantic Division with 85 points, but Nikita Kucherov and Valtteri Filppula left with injuries.

Bishop hung in there as Columbus crashed the net for much of the day. He helped Tampa Bay carry a 1-0 lead into the final period, and the Lightning put it away with three goals in the third, two of them short-handed.

Sergei Bobrovsky had 33 saves for Columbus in his second straight start since missing 19 games with another groin injury. The Blue Jackets have dropped three of four.

Stamkos scored for the first time in five games early in the second period. He beat Bobrovsky at 5:29 with a one-timer off a pass from Kucherov. It was his 30th goal of the season.

Bishop drew the ire of Columbus fans late in the first period, leading to a round of boos the rest of the way whenever he was involved with the play.