Trading the No. 2 pick might make perfect sense for the Browns

As I finish re-reading former Philadelphia 76ers general manager Sam Hinkie's 13-page resignation letter for the seventh time in as many days, it's hard not looking at the Cleveland Browns and wondering what's going on inside those walls of their facility in Berea, Ohio in the days leading up to the 2016 NFL Draft.

Though not intentional, Cleveland's football franchise has been awfully similar to Philadelphia's basketball one in their respective standings in recent years. Now, the Browns are employing a front-office model packed with employees whose resumes seem a lot like Sam Hinkie, a Stanford Business School grad and former employee at Bain & Company.

The Browns own the No. 2 and 32 overall picks. They hold a position of power. How they go about this year's draft, though, can both alter and offer insight into how the current regime looks to run the franchise over the next three to five years.

In Indianapolis in February, all I heard was how much the team's new coaching staff and scouting department loved what they saw of Carson Wentz at the Senior Bowl and the Combine. The past few days, sources I trust all seem to believe that Jared Goff -- the top high-school recruit out of Northern California when current Browns assistant head coach Pep Hamilton was a big-time recruiter up in that area -- is the young man the Browns seem to like more. 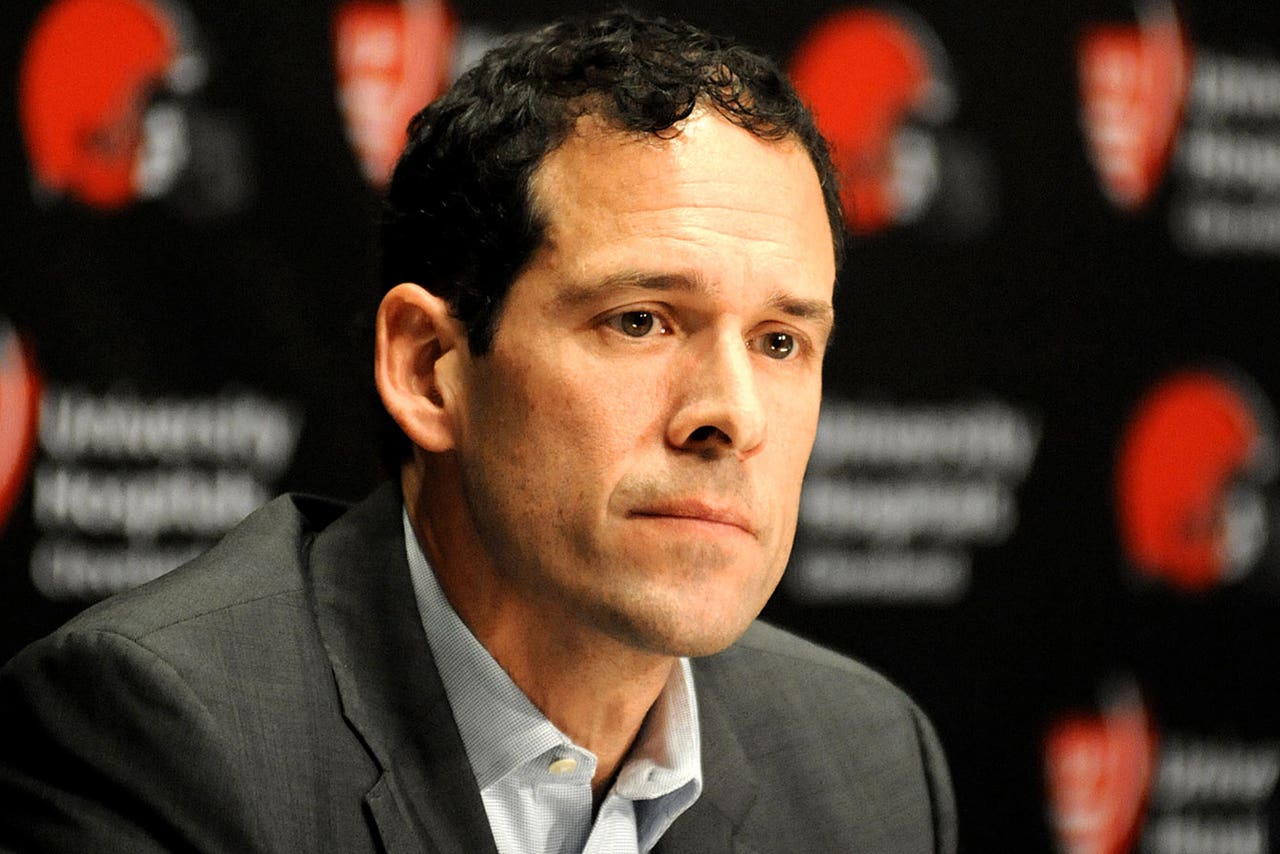 Whether it's Goff or Wentz, conventional wisdom tells us that the Browns -- who've selected quarterbacks with the 22nd overall pick the last three times they've taken one in the first round -- should grab a quarterback with the second overall selection.

One of those two guys, though, may already be off the board at No. 2. On Thursday, the Los Angeles Rams traded with the Tennessee Titans to attain the No. 1 pick, and it is widely believed they will use it to take a quarterback.

Also, to assume the Browns select a quarterback with the second pick is ignoring the drastic actions of the past few months and an organization that seems committed (at least on paper) to "zagging" where others have historically zigged. I think of Hinkie's letter and I believe the Browns are a lot closer to the rhetoric expressed there (the long-term view) than one that believes it's one move -- or one quarterback -- away.

If the Browns truly are the first NFL organization to enter this brave new world of analytics and long-term building, I believe trading the second overall pick is their way of walking the walk, more than merely talking the talk. 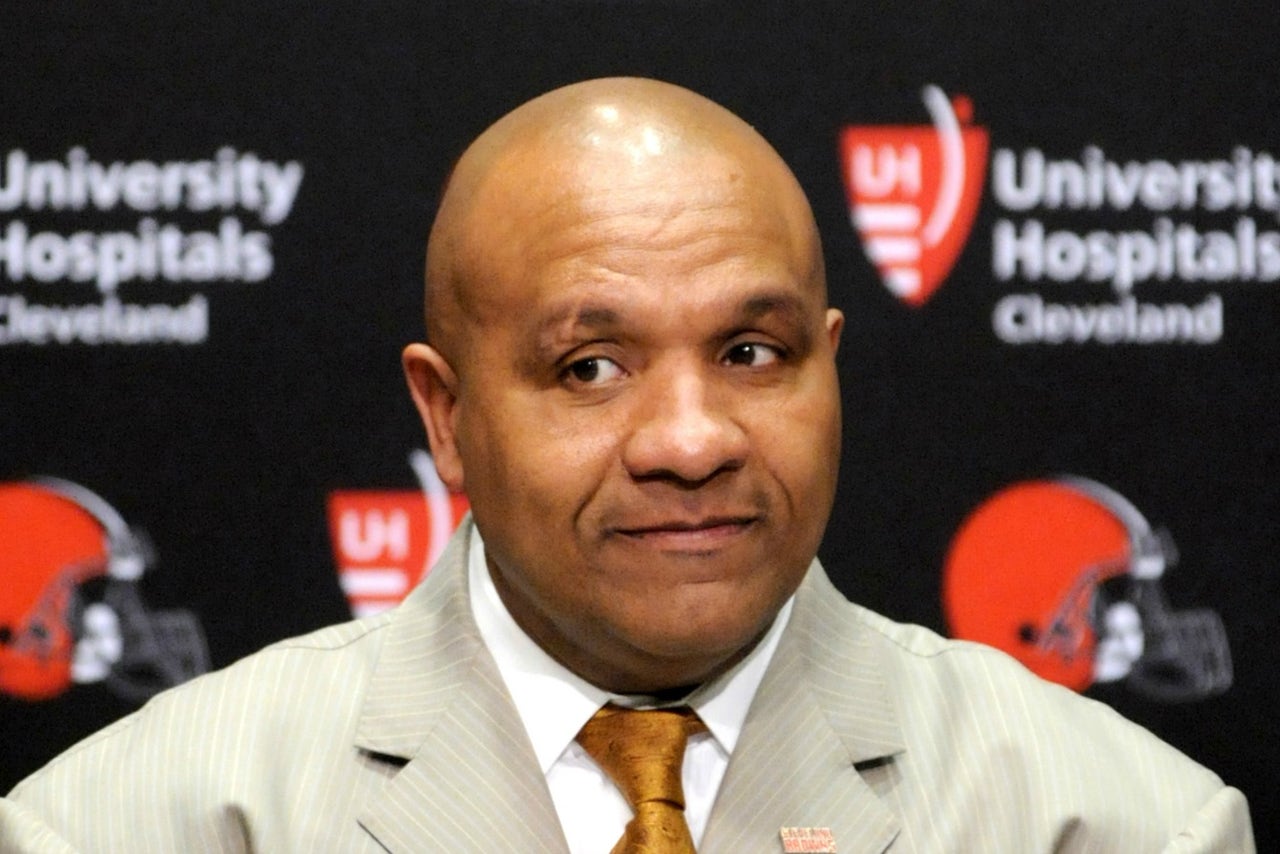 Personally, I'd go Goff or Wentz at No. 2 and take the best player available at 32. But who cares what I would do? I'm not in charge. I also don't have the Ivy League degrees on the wall or the Sloan Conference cocktail party invites filling up my inbox.

The Harvard trio calling many of the shots in Cleveland right now is one that's not to be ignored. First and foremost on the org chart is Sashi Brown, the new GM who's been negotiating player contracts for some time now, but whose role has been exponentially elevated over the past few months. Brown, a Hampton University graduate who attended Harvard Law School, was a Senior Vice President and general counsel of the Jaguars prior to his time in Cleveland. He has owner Jimmy Haslam's ear, and I'm told Haslam has bought into (for now) being patient as the franchise is re-built. Brown's known around the league as a thinker and a keen negotiator. He doesn't, however, have a traditional player personnel or scouting background. Brown was seen at the Senior Bowl and at a few Pro Days, making the rounds and seeing prospects up close.

In addition to elevating Brown, Cleveland's gone out and hired fellow Harvard graduates Paul DePodesta (who is working both in Cleveland and remotely from San Diego) and Andrew Berry (a mere 28 years old and now the VP of Player Personnel and high on the org chart). Additionally, they have promoted Ken Kovath, a research/analytics wunderkind who has degrees from Cal-Berkeley and the University of Chicago on his resume.

The Browns' offseason has been anything but quiet, but they haven't exactly re-stocked the shelves when it comes to talent on the roster. Johnny Manziel and Josh Gordon have been all over the headlines, but it's a long shot at this point that either of the two are on the roster this season. Dwayne Bowe and Donte Whitner are gone. The Browns also saw starters Mitchell Schwartz, Travis Benjamin, Alex Mack, Johnson Bademosi, and Tashaun Gipson sign elsewhere in the opening days of free agency. Aside from the signing quarterback Robert Griffin III, Cleveland's been all but silent on the player acquisition front. 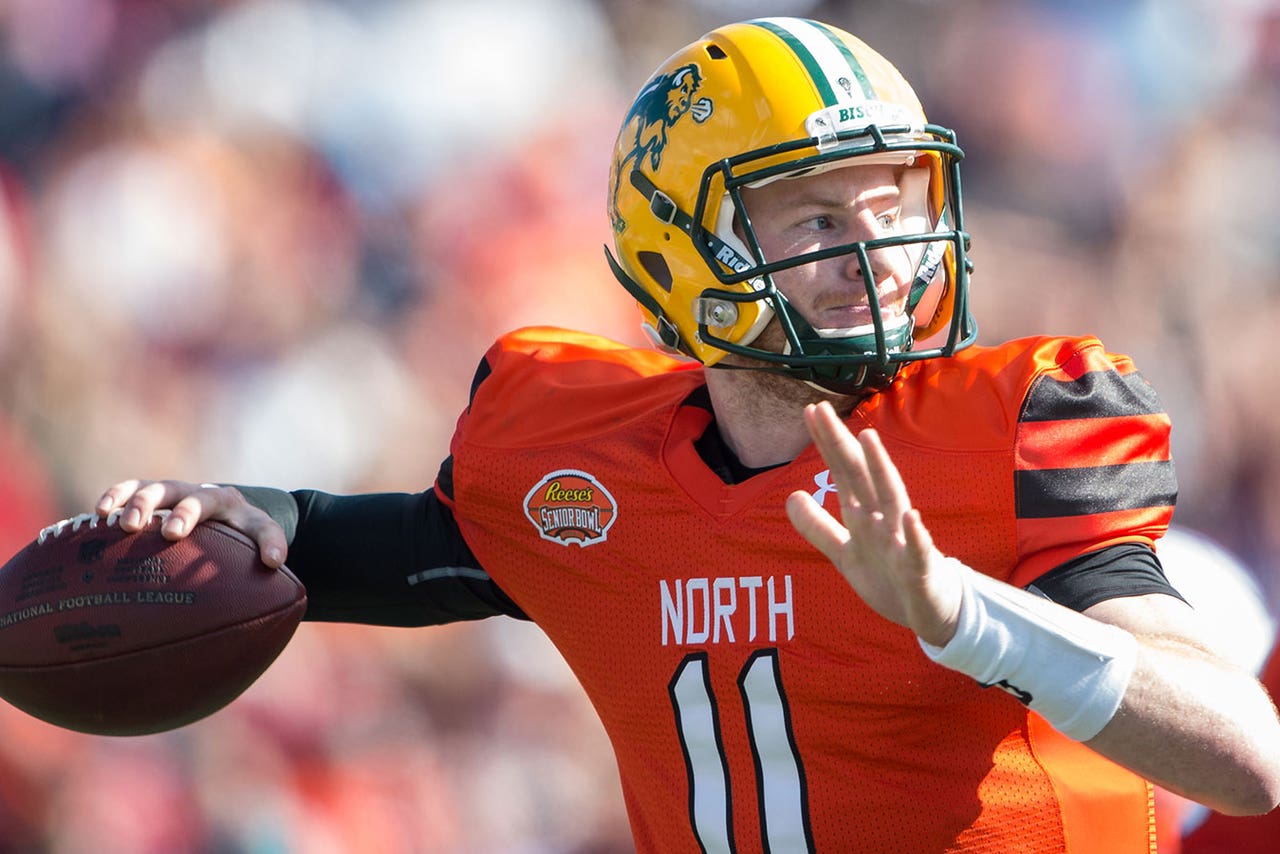 The Browns also fired six scouts over the weekend; three weeks before the NFL Draft.

All of the while, Hue Jackson and Pep Hamilton have had the opportunity to see the top quarterback prospects up close, both at their respective Pro Days and in Browns' private workouts.

If convention rules the day, you take the best quarterback with the second pick and you go from there. But what exactly from the past few months has led us to believe the Browns are tied to conventional thought? If anything, they're looking for a different approach. A new way.

And that new way could very well mean leveraging their first-round draft pick as a way to stockpile more assets. Using the No. 2 pick, and maybe even the 32nd, to load up on a bounty of future picks isn't the craziest thing in the world, especially when the quarterback you prefer of Goff or Wentz may not even be available at No. 2. 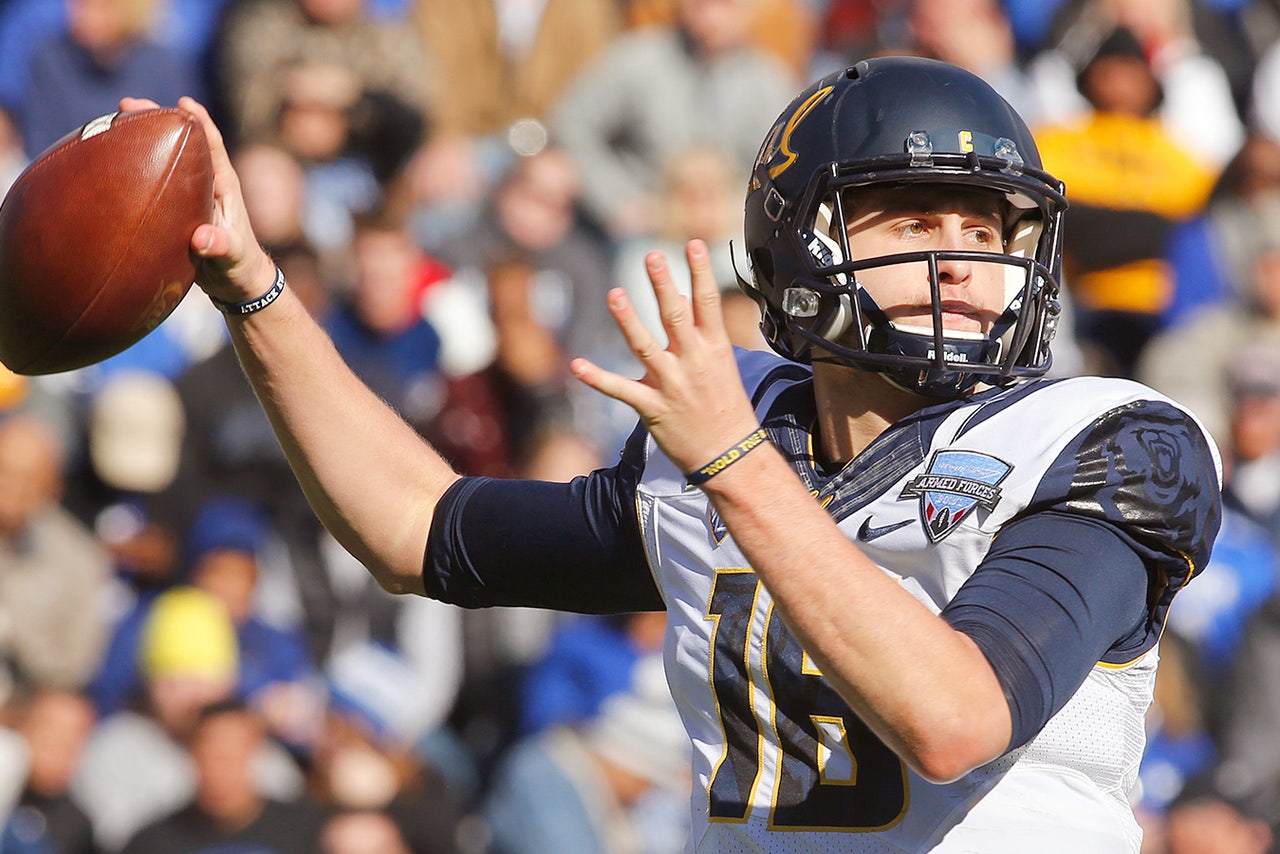 What could the No. 2 pick net Cleveland in a trade? It depends on how badly teams want to move up and how many suitors are in the quarterback market, and one potential candidate is now off the table after Thursday's trade for the No. 1 pick. 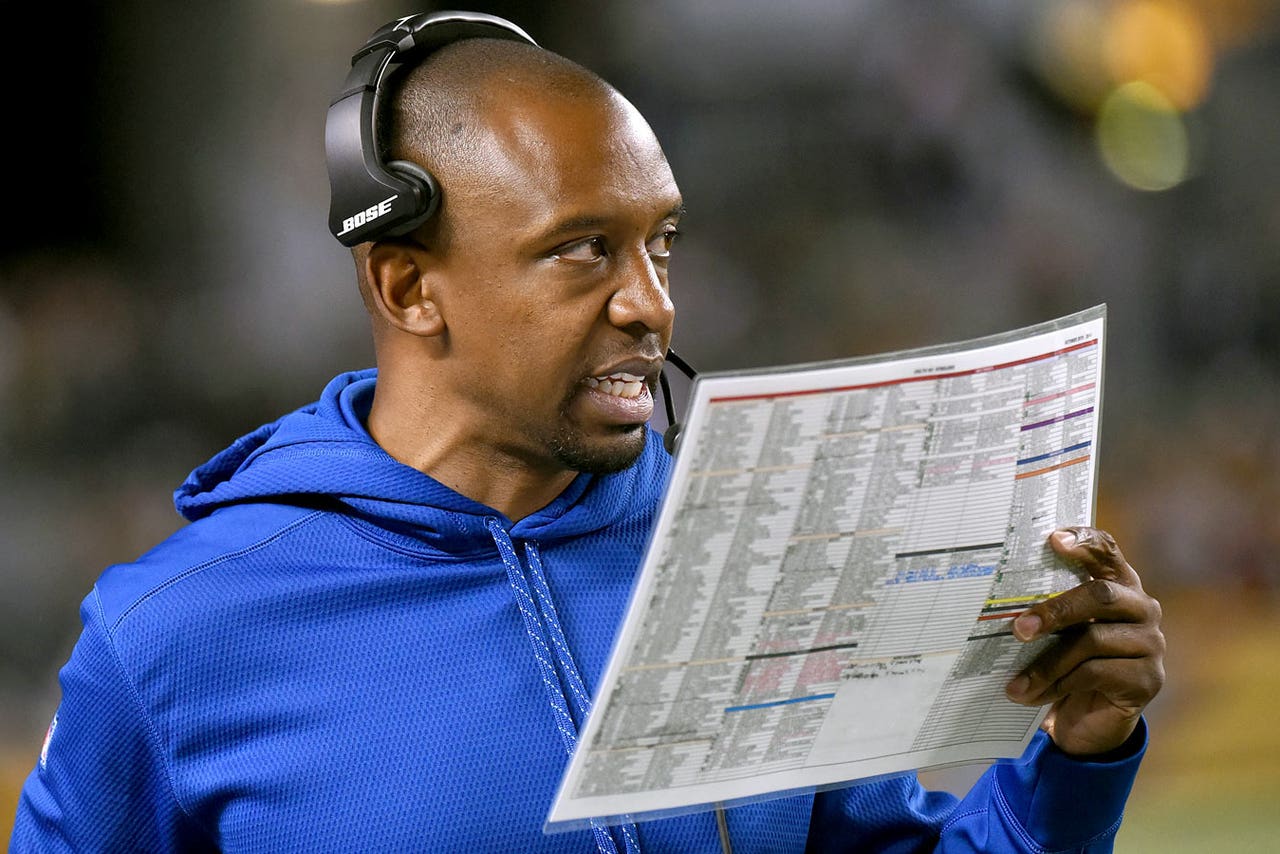 Though Washington went to the playoffs twice and St. Louis hasn't gone once since their 2012 trade, the Rams -- with three franchise cornerstones from that haul -- got the better of that deal.

In a bubble, without fan pressure, without the knowledge of their owner's quick trigger finger, without the belief that it'll be Jackson and Hamilton and not the Harvard guys having the final say -- the Browns' roster needs and the recent extreme makeover of the front office would indicate that they'd be more than willing to trade their pick. It's the long view approach; and one that's consistent with everything we've seen from Cleveland this year.

Joey Bosa is a local folk hero. The fan base would be fine if the Browns dropped a bit in the draft and built around him. Connor Cook grew up a mere 17 miles from the Browns' facility. Is taking him later in the first round, if additional picks were added, all that worse than building around Wentz or Goff?

I'm fascinated with what the Browns do on April 28. Again, I'd go with one of the top two quarterbacks. But I've zigged for much of my life.

They're looking to zag.

Wide Open
How will Baker Mayfield and the Cleveland Browns offense cope with the loss of superstar wideout Odell Beckham Jr.?
2 days ago

NFL's Top Plays Of Week 7
Sunday's slate featured some of the wildest endings in recent memory. Here are the biggest moments from Week 7.
5 days ago
those were the latest stories
Want to see more?
View All Stories
Fox Sports™ and © 2020 Fox Media LLC and Fox Sports Interactive Media, LLC. All rights reserved. Use of this website (including any and all parts and components) constitutes your acceptance of these Terms of Use and Updated Privacy Policy. Advertising Choices. Do Not Sell my Personal Info