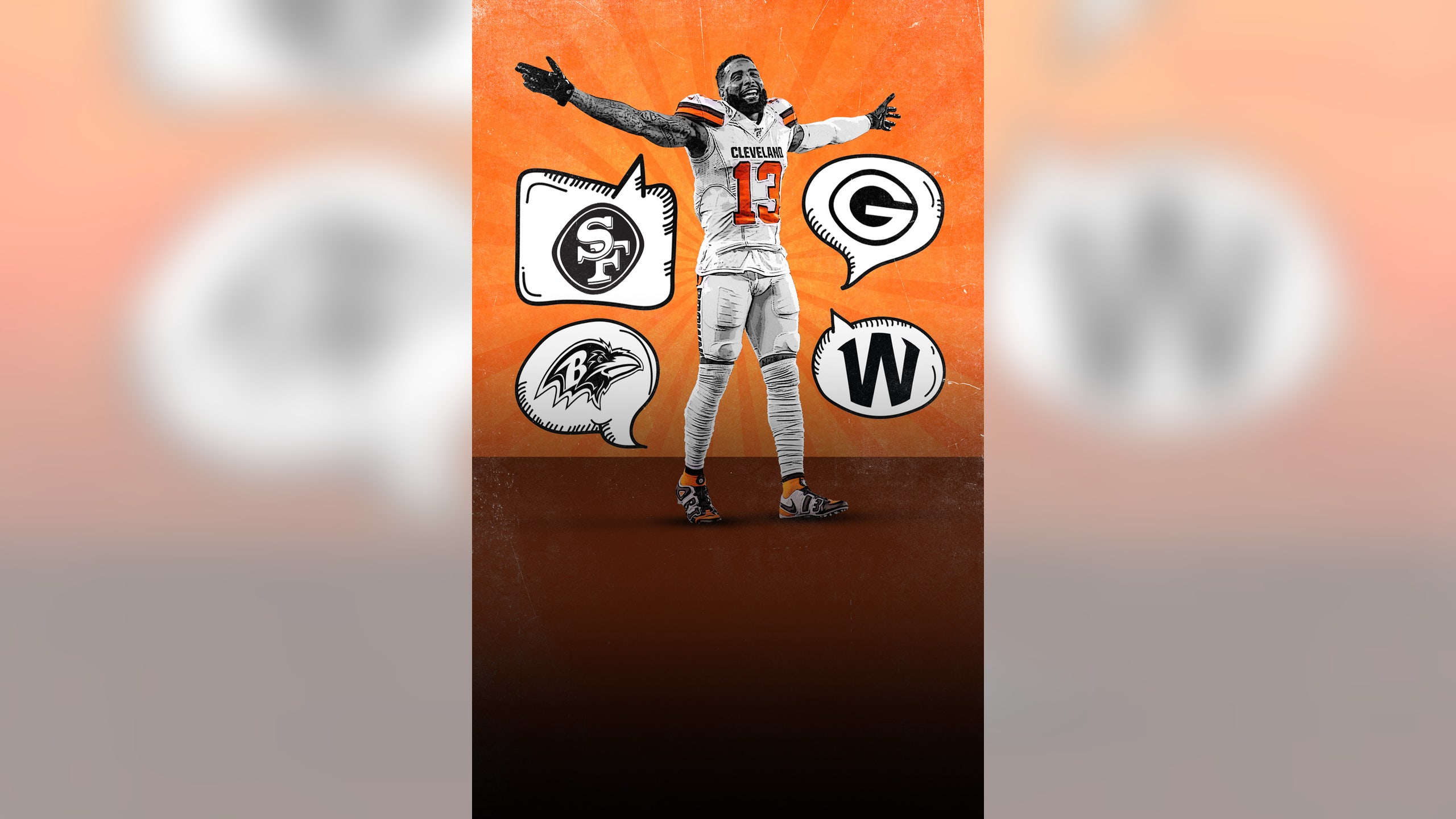 The NFL rumor mill never takes a break, especially during this strange offseason.

While the names of plenty of quarterbacks are being tossed around, Cleveland Browns wide receiver Odell Beckham Jr. claimed some of the limelight this week as he continues his recovery from surgery to repair a torn ACL.

Could OBJ be on his way out of the Midwest?

It seems plausible, if not likely.

One significant factor to consider with OBJ's future: the salary cap. ESPN's Jeremy Fowler and Dan Graziano have reported that the cap will drop from 2020's total of $198.2 million to $181 million in 2021.

Since its introduction in 1994, the NFL's salary cap has decreased only once, per NFL.com. That decrease was in 2011, following the NFL lockout. Otherwise, the salary cap has seen a healthy increase each year ⁠— until now.

With the COVID-19 pandemic impacting the cap, teams could be more willing to part ways with players who have large cap numbers, according to Fowler and Graziano's report.

OBJ's name is among those mentioned by Fowler and Graziano. Here's an excerpt:

"Receiver-needy teams hesitant to spend big on Allen Robinson or Kenny Golladay could call Cleveland, which also has high-priced Beckham buddy Jarvis Landry under contract at the same position."

Beckham is scheduled to make $14.5 million in base salary in 2021, with a cap hit of $15.8 million. The latter figure checks in as the seventh-highest cap hit this season at his position, according to OverTheCap.com.

Adding to the possibility that OBJ could be on the way out in Cleveland is the argument that Browns quarterback Baker Mayfield is better without the 28-year-old wide receiver.

In nine regular-season games without Beckham Jr. in 2020, Mayfield averaged 241.2 passing yards per game and a passer rating of 96.9. In that stretch, he threw 11 touchdowns with one interception.

Contrast that with the first six weeks of the season, when OBJ was healthy and Mayfield's passer rating average dipped to 84.3 with 10 TDs, six picks and an average of 182.5 passing yards per game.

Skip Bayless touched on the subject in the Dec. 15 episode of "Undisputed."

With a hefty cap number and an offense that's seemingly fine without him, it's understandable why OBJ's name is bubbling to the top of the rumor mill.

Plenty of teams could use the services of a top-flight wideout, though. On Wednesday's episode of "First Things First," Greg Jennings explored some of the franchises he thinks OBJ could help.

First up were the San Francisco 49ers. Jennings said OBJ could "thrive" in head coach Kyle Shanahan's scheme, "with or without Jimmy Garoppolo."

George Kittle draws the most attention in the Niners' offense, and Brandon Aiyuk will look to build on a strong rookie season, with veteran Deebo Samuel also an option on the outside.

The wide receiver room is a bit more crowded with the Green Bay Packers, another team Jennings sees as a potential fit for OBJ.

Aaron Rodgers and Davante Adams have established themselves as one of the best duos in the NFL, but Allen Lazard is set to be an exclusive-rights free agent, and Marquez Valdez-Scantling and Equanimeous St. Brown are solid but not overwhelming options.

"That's one of the front-runners for me because of Aaron Rodgers' ability to just get the ball to his playmakers and extend the play and be off-script — kind of the way that Odell Beckham likes to play."

The Washington Football Team could use OBJ's services, too. Besides Terry McLaurin, Washington doesn't have much in the way of established talent at the position.

While "Scary Terry" led the team with 87 receptions last season, two running backs and a tight end rounded up the top four in terms of passes caught.

"McLaurin getting another sidekick, a consistent, valuable guy that he can learn from and that can still even the playing field for him? That would be something to watch," Jennings said.

Lastly, the Baltimore Ravens always enter the conversation when it comes to adding an impact receiver for star quarterback Lamar Jackson.

Marquise Brown looks like a reliable option for the Ravens, but their midseason signing of Dez Bryant sent a pretty strong signal that they'd like to improve at the position.

Jennings wasn't too keen on Beckham Jr. jelling in Baltimore, though.

"I would push back on that, only because of the frustration I think Odell would experience with some of the inconsistency that would come with getting the ball from Lamar Jackson."

To Jennings' point, OBJ averages 95 receptions per 16 games in his career. Brown's 58 catches in 16 games were the most among Baltimore's wide receiving corps.

Wherever Beckham Jr. winds up — if he goes anywhere — it would require some measure of adjustment.

If he officially becomes available, though, there's likely to be no shortage of suitors.

On The Move
Betting on where stars such as Deshaun Watson will land is the new trend. But how are the odds set? Sammy P asked the experts.
9 hours ago