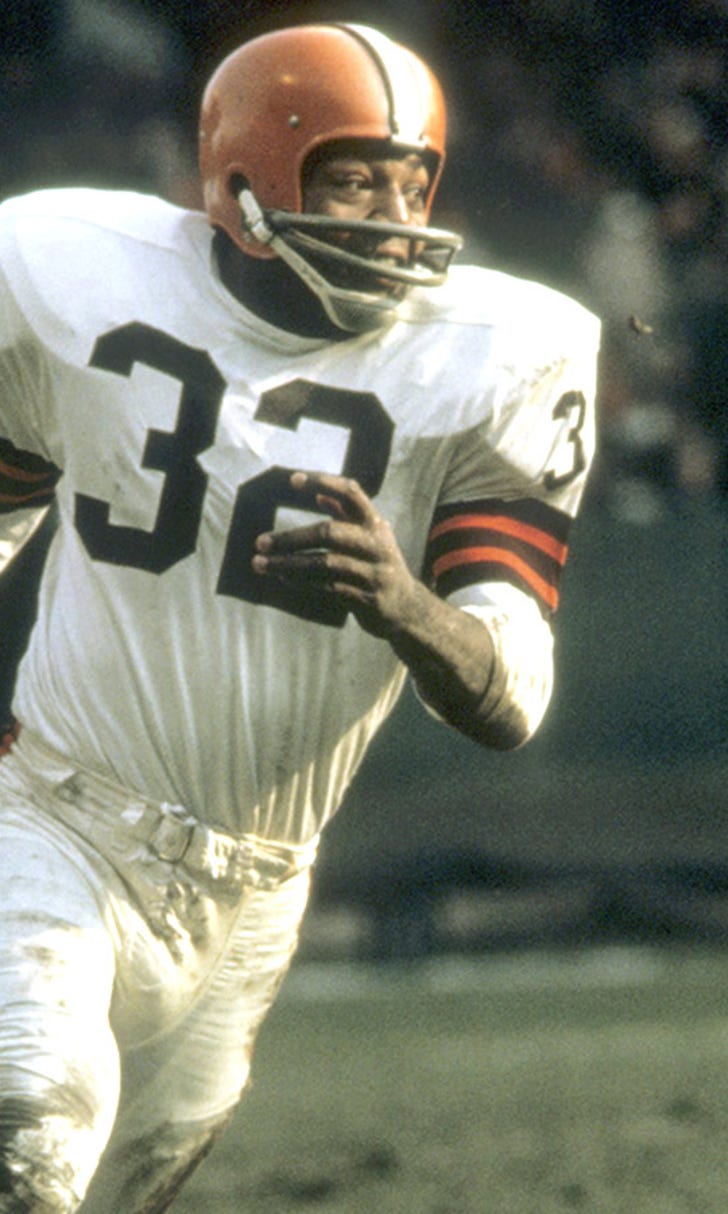 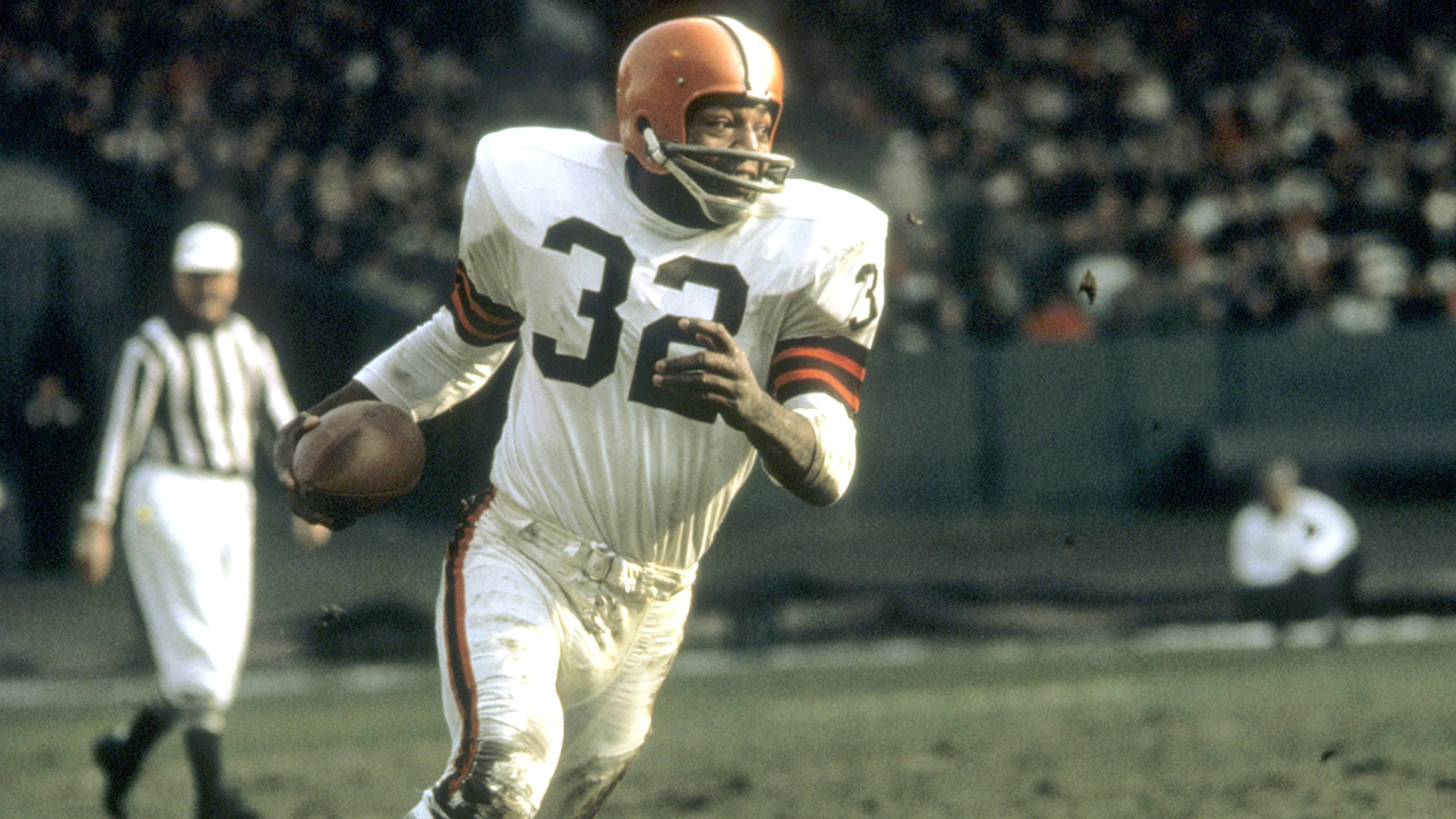 After nearly 50 years, Jim Brown will finally get his title ring back 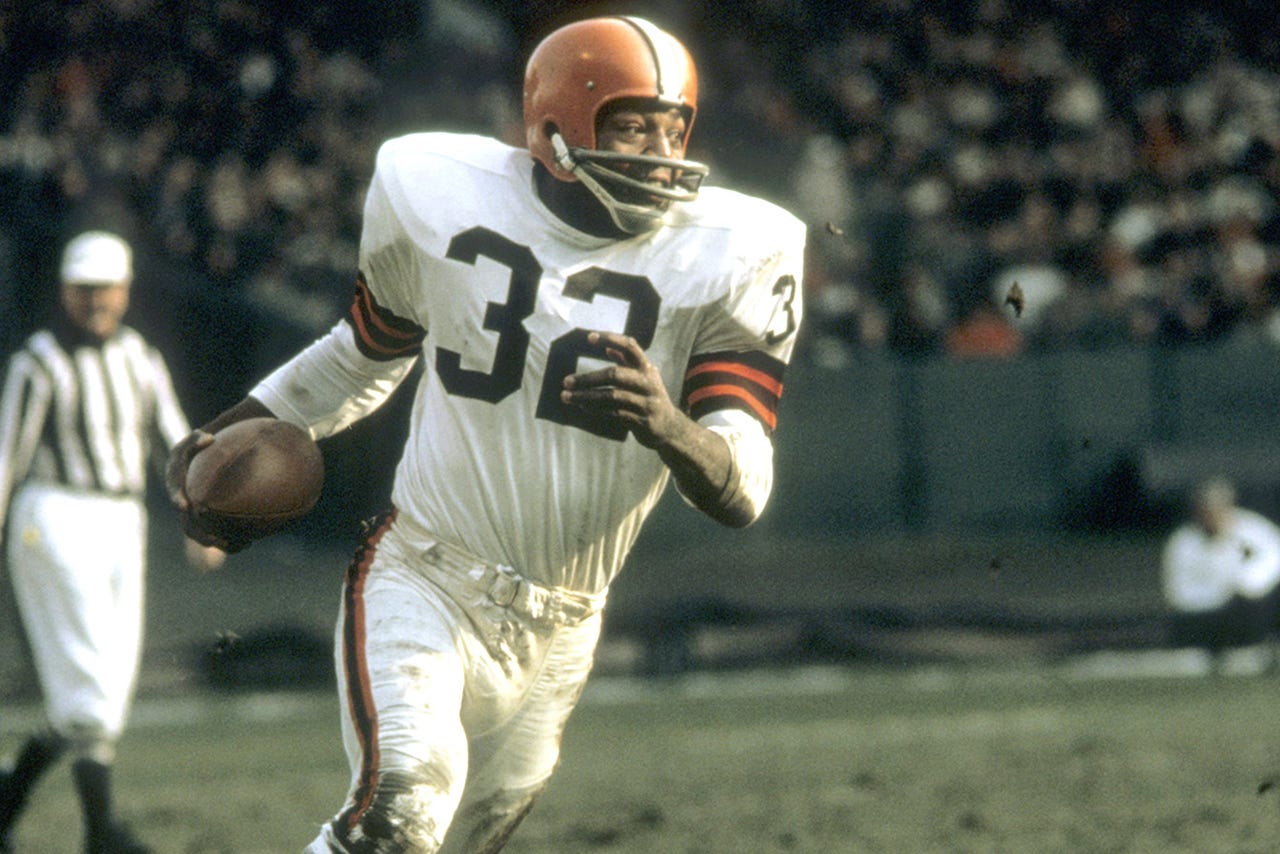 NEW YORK -- Cleveland Browns Hall of Fame running back Jim Brown and his championship ring will be reunited nearly half a century after it was stolen from his home.

"I feel great," Brown said Wednesday as he left Manhattan federal court after settling a lawsuit he brought against a memorabilia dealer. Except for the return of the ring, terms of the deal were not disclosed.

The dealer ended up with the ring decades after someone stole it from Brown's Cleveland home in 1966, just months after he received it for his role in helping the Browns win the 1964 NFL Championship Game, the predecessor to today's Super Bowl. The championship -- the last for any major Cleveland sports franchise -- came in a season in which Brown rushed for 1,446 yards and scored seven touchdowns.

Brown said he plans to give the ring to one of his children, perhaps for Christmas.

"Symbolically, I don't keep a lot of trophies. But that ring was special," Brown told several reporters as he waited for his turn to meet with Magistrate Judge Ronald L. Ellis earlier in the day. "It wasn't me the star. It was all of us."

Brown, 79, who walks with a cane, chuckled frequently while answering questions about the dispute, his football years and "The Dirty Dozen," a 1967 film in which Brown played one of 12 men serving long sentences or life in prison who were offered a shot at freedom if they could perform heroically in a World War II secret mission.

He said he had no regrets about retiring at age 29 in 1965 after compiling 12,312 yards and scoring 106 touchdowns over nine seasons, especially after seeing boxer Joe Louis struggle through the end of his career.

"You remember how they finish," Brown said of athletes. "A lot of players don't finish too well. A little pity sets in. I never wanted to be pitied."

He recalled his start in football, saying he played while growing up in Manhasset on Long Island with community support, including key roles played by his football coach, a schools superintendent and a local lawyer.

"Manhasset was everything," he said. "I was a poor kid, but my high school was rich. They didn't discriminate."

When the subject of movies arose, Brown recalled one of his best runs, a pivotal scene near the end of "The Dirty Dozen" in which Brown had to run outside a building, dropping grenades into vents.

"Got it in one take," he said. "I didn't want to hit that concrete too many times."

Do You Believe-Land?
Baker Mayfield and his wife saw a UFO on Wednesday night in Central Texas. And Colin Cowherd wants to talk about it.
3 days ago