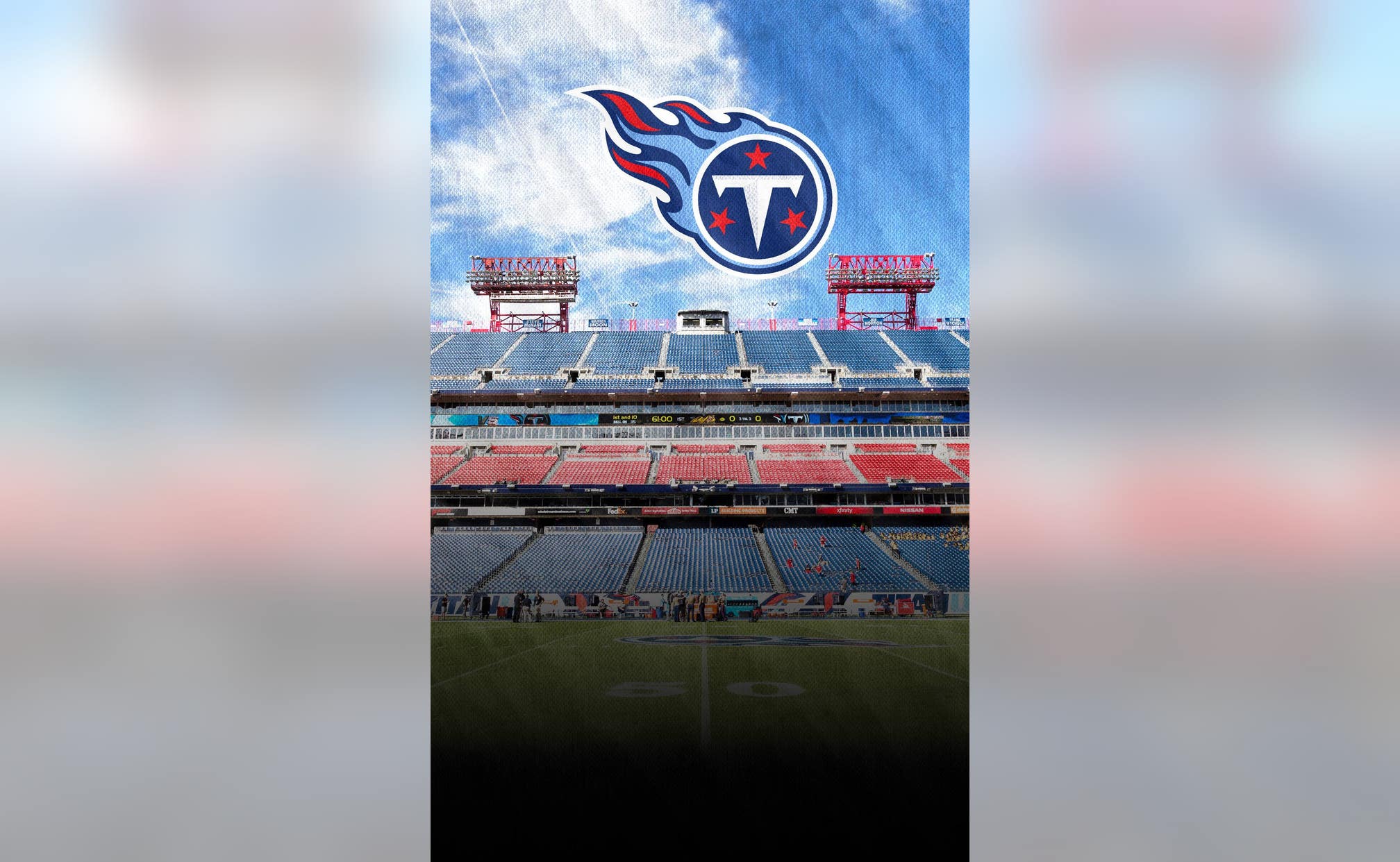 previous story
What's Next For Clippers & Rivers?
next story
What We Know: Titans Shut Down Facility
Miami Heat

The NBA gods gave us a much-needed gift when they determined that in 2020, the year of the trash fire, they’d let us watch the Los Angeles Lakers and the Miami Heat in the NBA Finals.

"That’s a great storyline," Heat coach Erik Spoelstra said during his postgame interview on Sunday, when asked what facing LeBron James would mean.

Behind Spoelstra, his team celebrated winning the Eastern Conference in an empty gym. The trophy presentation was dystopian, quiet, an eerie reminder this exciting Finals will still take place in a sealed-off environment at Disney World in front of no fans.

But the Heat will make these bizarre games as fun as they can possibly be. Spoelstra is right: The number of legacies and narrative loose ends – specifically having to do with LeBron – that will be tied up starting Wednesday are the stuff of an epic sports movie. LeBron played for both teams, Heat president Pat Riley coached the Showtime Lakers, the list goes on.

LeBron and Anthony Davis are formidable opponents for Miami. But if anyone can give L.A. a run for its money, it’s Jimmy Butler, Bam Adebayo, Tyler Herro and crew. The basketball, folks, is going to be fun. Let’s let Magic Johnson explain it, as only Magic Johnson can:

The 2020 Heat are, to quote Bill Murray in "Caddyshack," a Cinderella story outta nowhere. At the beginning of the playoffs, it looked as though Celtics-Lakers was not only the one of the most likely Finals matchups, but the one that would also give us the best storyline. Boston-L.A. is the most storied rivalry in the NBA. If the Lakers win this year, they’ll tie the Celtics’ record for 17 championships.

Imagine if the Celtics were the team they had to beat to do so?

They won’t be, obviously. As a Celtics fan who recently wrote that this Boston team was the most lovable group in the league, I’m sad. But at a certain point, a promising young Celtics team stops being a promising young Celtics team and starts being a team that just can’t quite get it together. I’m not sure that one of the oldest rivalries in sports would best be served by Boston missing routine layups against LeBron James.

The Heat deserve to face the Lakers. Not many people expected them to, besides J.R. Smith, somehow…(???)

... but Miami’s dedication and determination paid off: This is the first time a No. 5 seed has ever made it to the Finals.

Miami’s run has been magical. It really took off with a second-round upset of Milwaukee, the team with the best record in the regular season heading into the bubble. Then the Heat took care of the Celtics to clinch the East, playing hard and smart when Boston didn’t (namely down the stretch and the entirety of Games 4 and 6).

Miami has exuded an intensity throughout its entire bubble experience that’s emblematic of the organization’s culture. Guys have to get in line when they play for Spoelstra and Riley. Players are held to strict strength and conditioning goals, they strap on knee pads in practice rather than simply reducing contact, and they follow stringent guidelines about going out when the team travels.

It’s all a part of what you sign up for when you put on the uniform.

But war doesn’t totally preclude fun. Look at Butler’s coffee business – he ran a little cafe, Big Face Coffee, out of his hotel room in the bubble. He charged his teammates $20 a cup.

Butler fueled this team, and not just with caffeine. After tumultuous stints with the Bulls, Timberwolves, and briefly the 76ers, he benefited from Heat culture, playing like a man on a mission and being embraced by his teammates: In his postgame appearance, Adebayo said everyone loves Butler because he’s truly himself.

It’s fascinating to see that Jimmy being Jimmy is working in Miami. Coming out of Minnesota, he didn’t have the best reputation. He did that to himself of course – remember when he took over a practice, eviscerated his teammates, and five minutes later gave a sit-down interview to Rachel Nichols at ESPN?

Butler reportedly also clashed with Philadelphia head coach Brett Brown, although when I talked to Brown last year, he had only great things to say about Butler. He told me that he really liked Butler, despite what I had heard, and Butler got along well with Philly’s entire staff.

I was skeptical of Brown’s answer at the time, given Butler’s unceremonious exit from Minnesota. But after Butler’s success with the Heat, I don’t think Brown was blowing smoke – Butler just needed the right environment in order to thrive. In Miami, it seems like he finally has found a place where both his personality and his play are assets.

"I knew the kind of structure that I wanted and needed, and it was here," Butler said in his Zoom press conference on Tuesday. "You get to come here and you get to be you? I'm in."

Butler isn’t the only one who has gotten the Heat where they are, of course. Spoelstra has built something special with this team: Tyler Herro has put up numbers we’ve never seen before from a rookie, and Adebayo has made plays that will stay with us forever in meme form.

Guys such as Udonis Haslem, who has been a part of every Heat team to make it to the Finals, have been an integral part of Heat culture, too. They’ve kept it going, and turned this year into a delayed continuation of the Heat’s dominance in the early 2010s, when Miami went to four straight Finals and took home two championships.

Which brings us to the various threads of many stories that will turn into a beautiful tapestry of NBA drama and history.

LeBron left the Heat in 2014, and Riley had strong words for him then, saying “I saw a dynasty fly out the window.” Years before, Riley took the Showtime Lakers to four championships as head coach in the ’80s. The Heat and the Lakers both have the same record in this postseason: 12-3. LeBron is heading to his ninth Finals in 10 years and going for his fourth ring with his third franchise. The Lakers are playing for a championship in the same year Kobe Bryant died.

This is legacy stuff, the culmination of decades worth of NBA history. There’s so much at stake in such a strange time.

But this isn’t just about LeBron, or about Riley, or about rings. Don’t let the storylines distract you from the beauty of what the Heat pulled off in 2020. After Spoelstra admitted the narratives will be great, he said:

“Can you let us enjoy this for a little bit, now? This is hard to do. It's hard to get to this point.”

It is. And no matter the numerous myths surrounding these Finals, this Miami team -- as it exists in this current moment -- is its own special entity. One that is supplying NBA fans with a real bit of brightness when many of us could use it.

Now let’s see if they can once more defy the odds.

Get more from Miami Heat Add to your favorites to get information about games, news and more.
in this topic

Lakers Win Record-Tying Championship
This long, strange, thrilling NBA season is over, and the Lakers are champions once again. Here's what happened in Game 6.
October 11
those were the latest stories
Want to see more?
View All Stories
Fox Sports™ and © 2020 Fox Media LLC and Fox Sports Interactive Media, LLC. All rights reserved. Use of this website (including any and all parts and components) constitutes your acceptance of these Terms of Use and Updated Privacy Policy. Advertising Choices. Do Not Sell my Personal Info