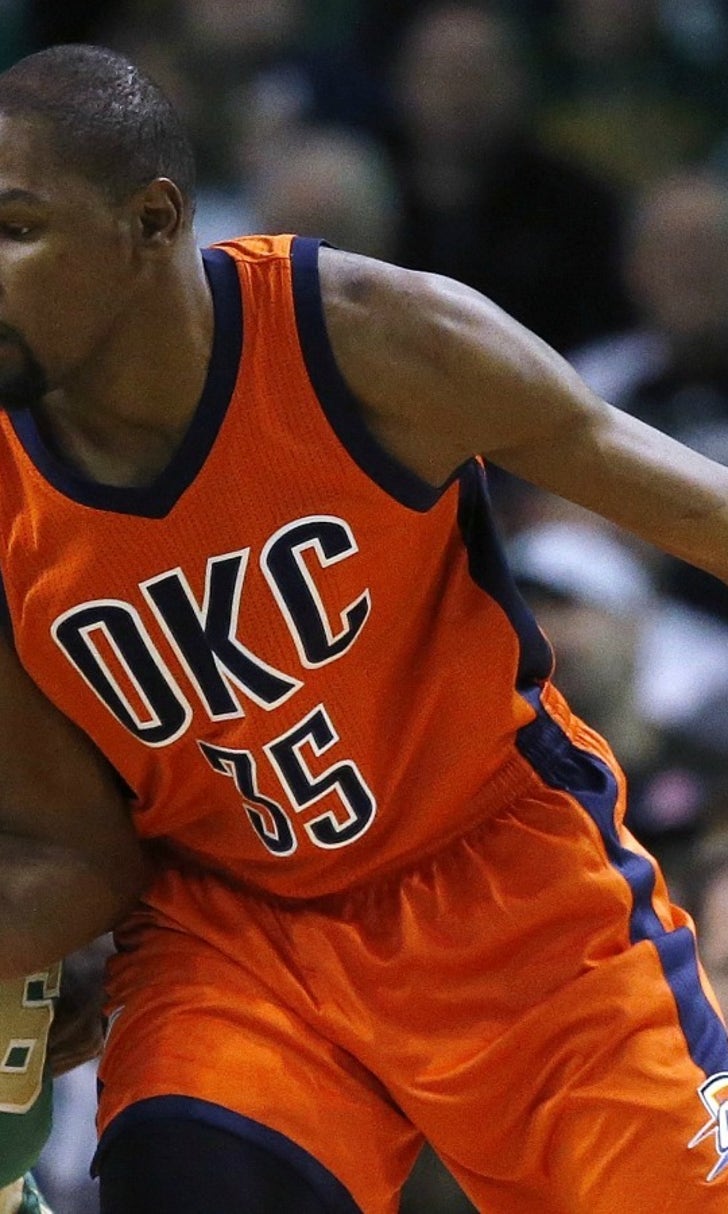 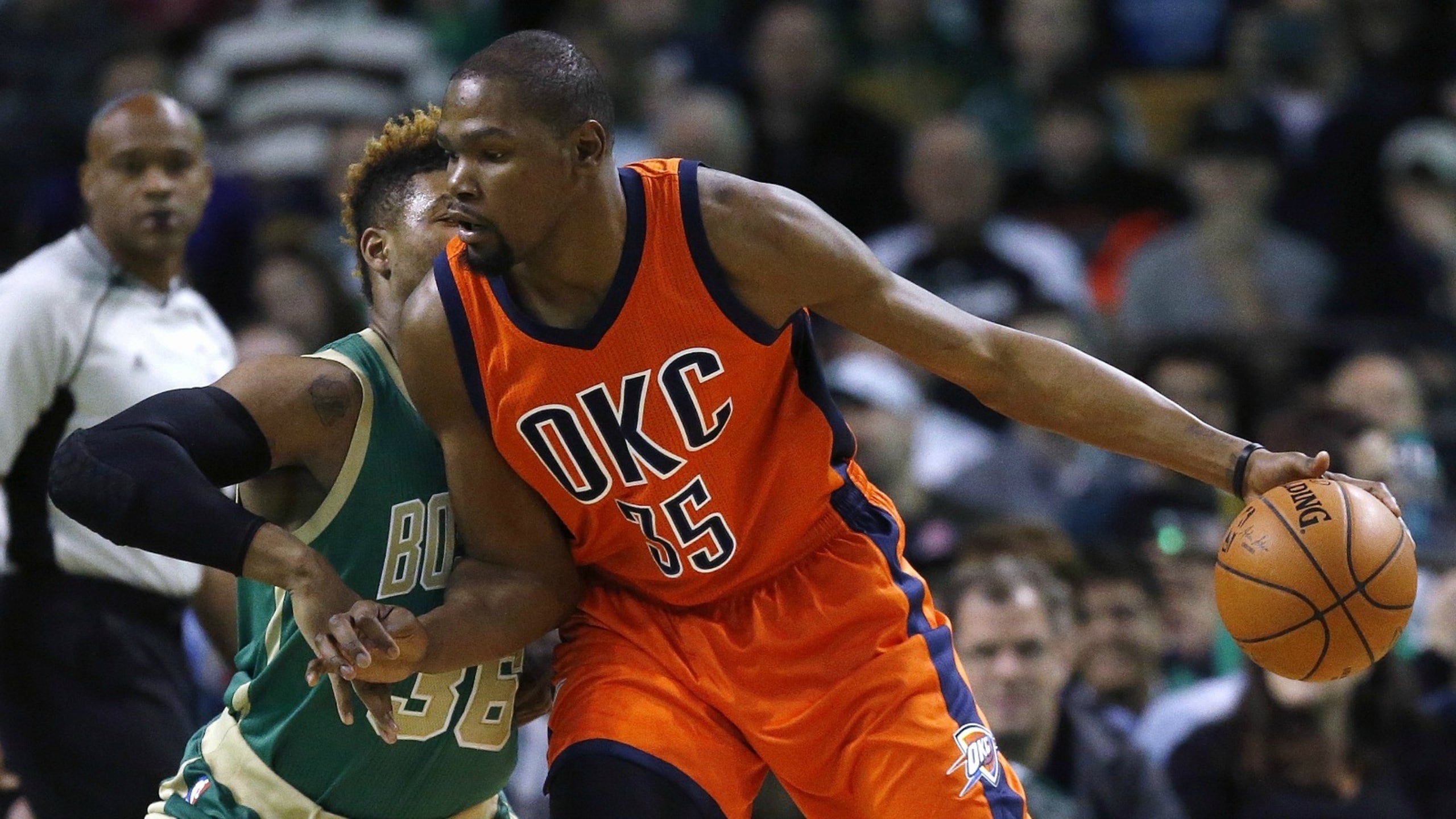 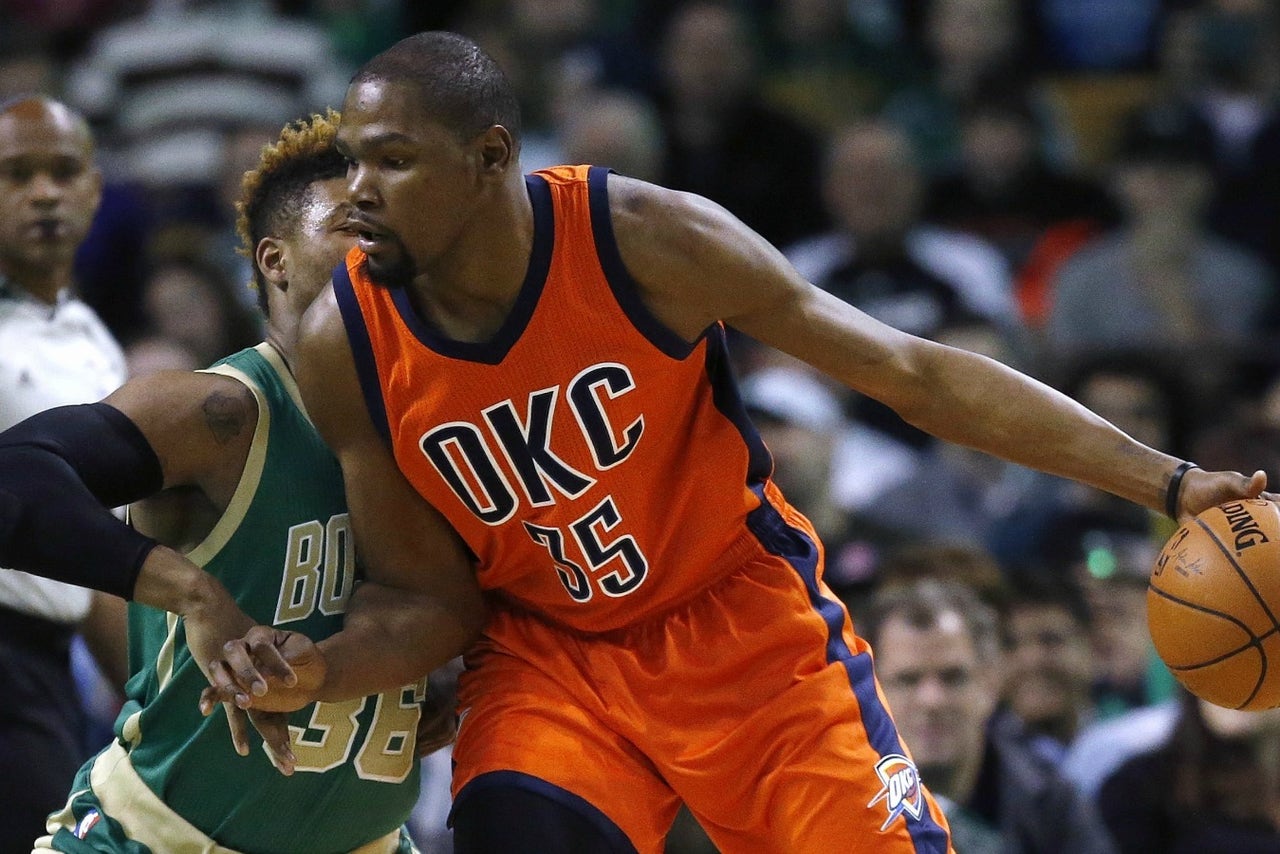 If the Boston Celtics are serious about pursuing Kevin Durant in free agency this summer -- And why wouldn't they be? -- Wednesday night's 130-109 thrashing by the Oklahoma City Thunder wasn't the best pitch.

Durant praised Boston on Wednesday, which added to the speculation that he might consider the C's this summer.

Boston fans, who are among the best in sports, made it known to Durant that they want him by chanting "Come to Boston" while Durant was at the free throw line during the third quarter:

Durant, who finished with 28 points, 7 rebounds and 9 assists, said he didn't hear the chants when asked about them after the game:

That's not exactly a ringing endorsement, but what is Durant supposed to say?

Boston joins the Thunder, Golden State Warriors and Washington Wizards as the prime candidates to nab Durant this summer, with the Los Angeles Lakers and New York Knicks reportedly on the outside looking in.

We still don't know much, but don't expect the speculation to end anytime soon.