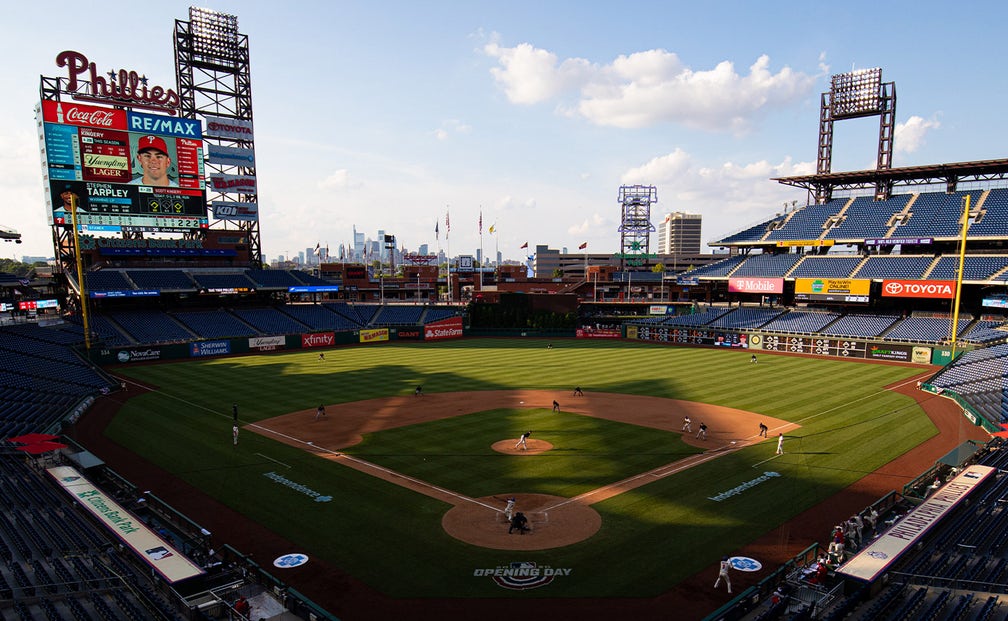 The Philadelphia Phillies have shut down activities at Citizens Bank Park until further notice after two staff members tested positive for COVID-19.

The Phillies were scheduled to resume their season Saturday against the Toronto Blue Jays, but that series has been postponed.

Earlier this week, Major League Baseball postponed and rearranged a number of series after the Miami Marlins had an outbreak during their stay in Philadelphia.

Since that spike in cases, the Marlins moved to a daily testing schedule. On Thursday, MLB on FOX’s Ken Rosenthal reported another Marlins player tested positive, bringing the team’s total to 17 of 30 players.

The outbreak prompted MLB to alter their protocols for combating the coronavirus, per ESPN’s Jeff Passan.

Commissioner Rob Manfred alluded that changes could be coming in a Monday interview with MLB Network, noting that conversations between the league and the MLB Players Association officials were ongoing.

Betts Makes History With Trio of Homers
Mookie Betts tied the record for 3-homerun games on Thursday, going yard three times for the sixth time in his career.
11 hours ago

Cardinals-White Sox Game Postponed
Another Cardinals game has been postponed due to a coronavirus outbreak that has kept the team sidelined since July 29.
18 hours ago

Joe Kelly Rips 'Snitch' Astros
With his suspension reduced, the Dodgers pitcher didn't hold back in his criticism of the Astros' players.
23 hours ago