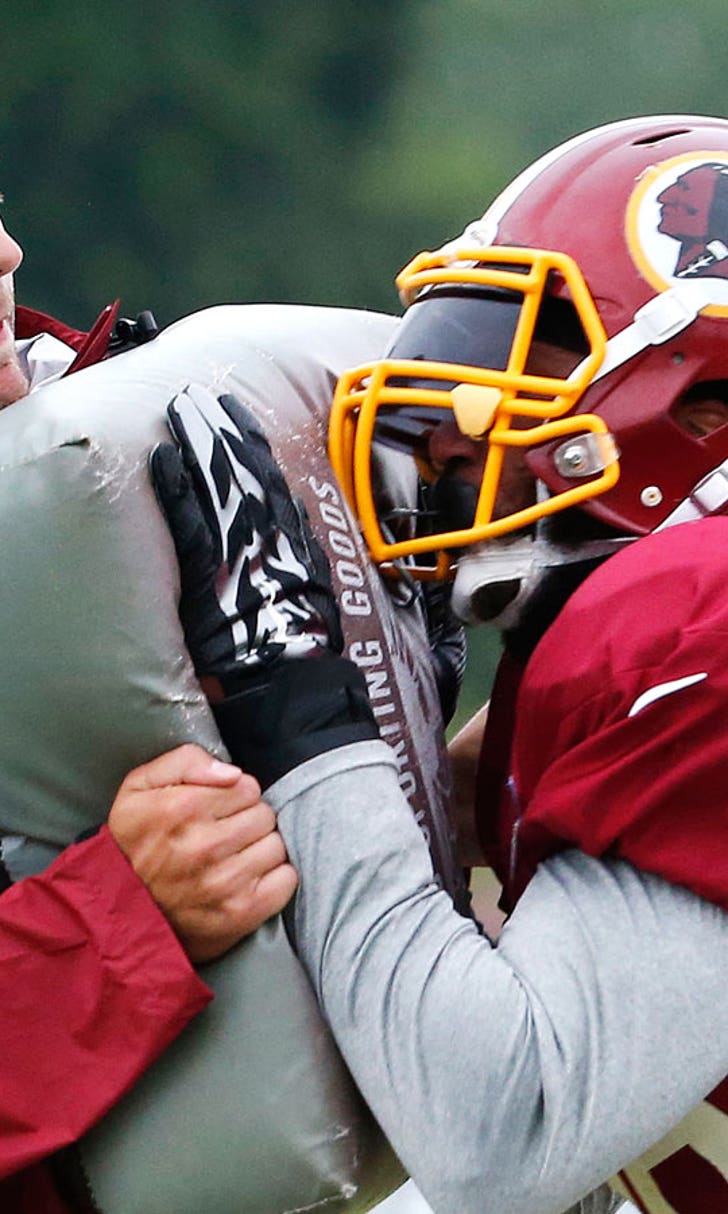 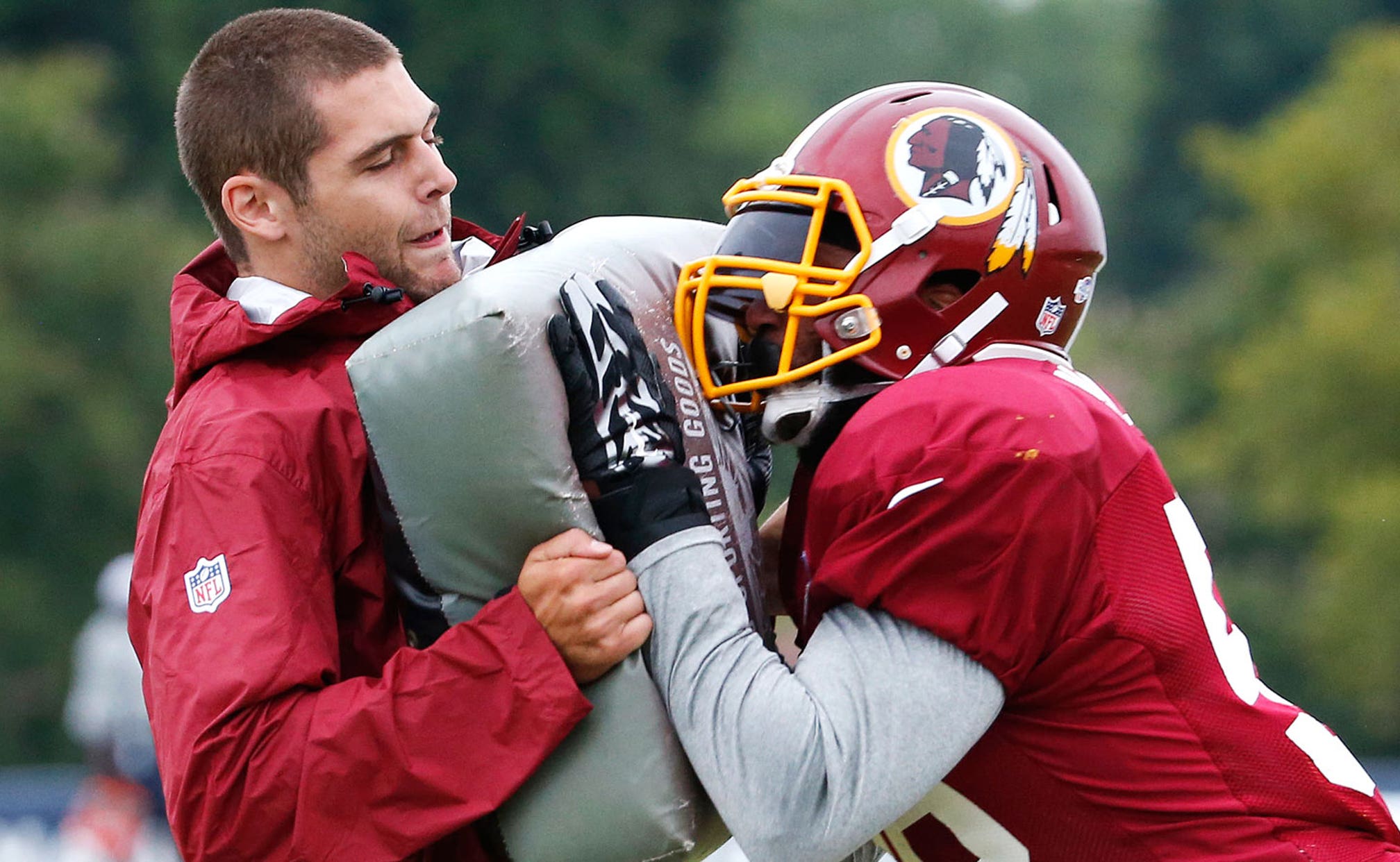 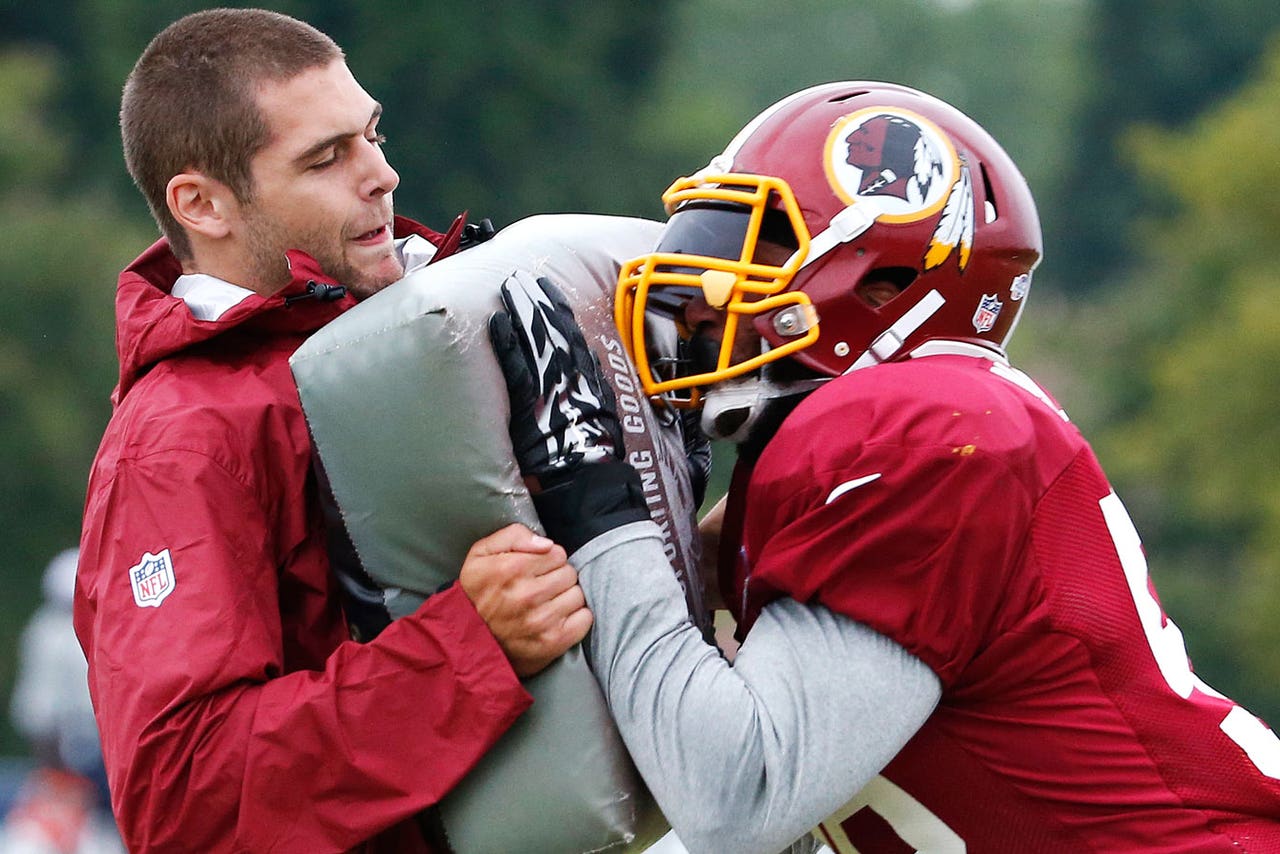 The Washington Redskins could be short-handed at inside linebacker heading into Thursday night's matchup against the New York Giants.

Starter Perry Riley Jr. did not practice again Tuesday because of a calf strain and rookie Martrell Spaight was placed on season-ending injured reserve due to a concussion sustained in the season opener against the Miami Dolphins.

Riley registered more than 100 tackles in two of the previous three seasons and his absence will leave the Redskins with three healthy inside linebackers -  Keenan Robinson, Will Compton and rookie Terrance Plummer.

Although admitting it would be a grind for the trio to play special teams along with their linebacker duties, coach Jay Gruden expressed confidence in Robinson, Compton and Plummer.

Spaight, a fifth-round draft pick out of Arkansas, reported concussion symptoms following the Miami game. “With these things you just never know how long,” Gruden said. “I think we’re doing the right thing in that regard as far as letting him sit out this year."

#Redskins LB Perry Riley did not practice on Monday or Tuesday, but said he would have been ready to play today if it were game day.