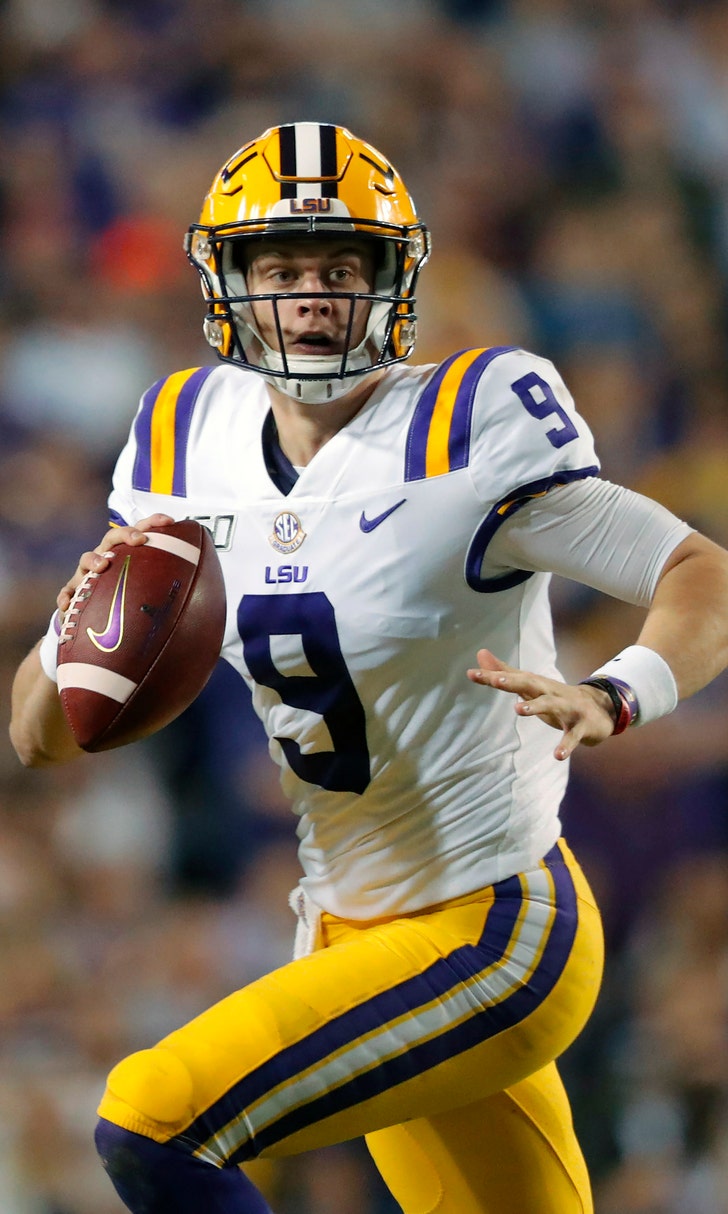 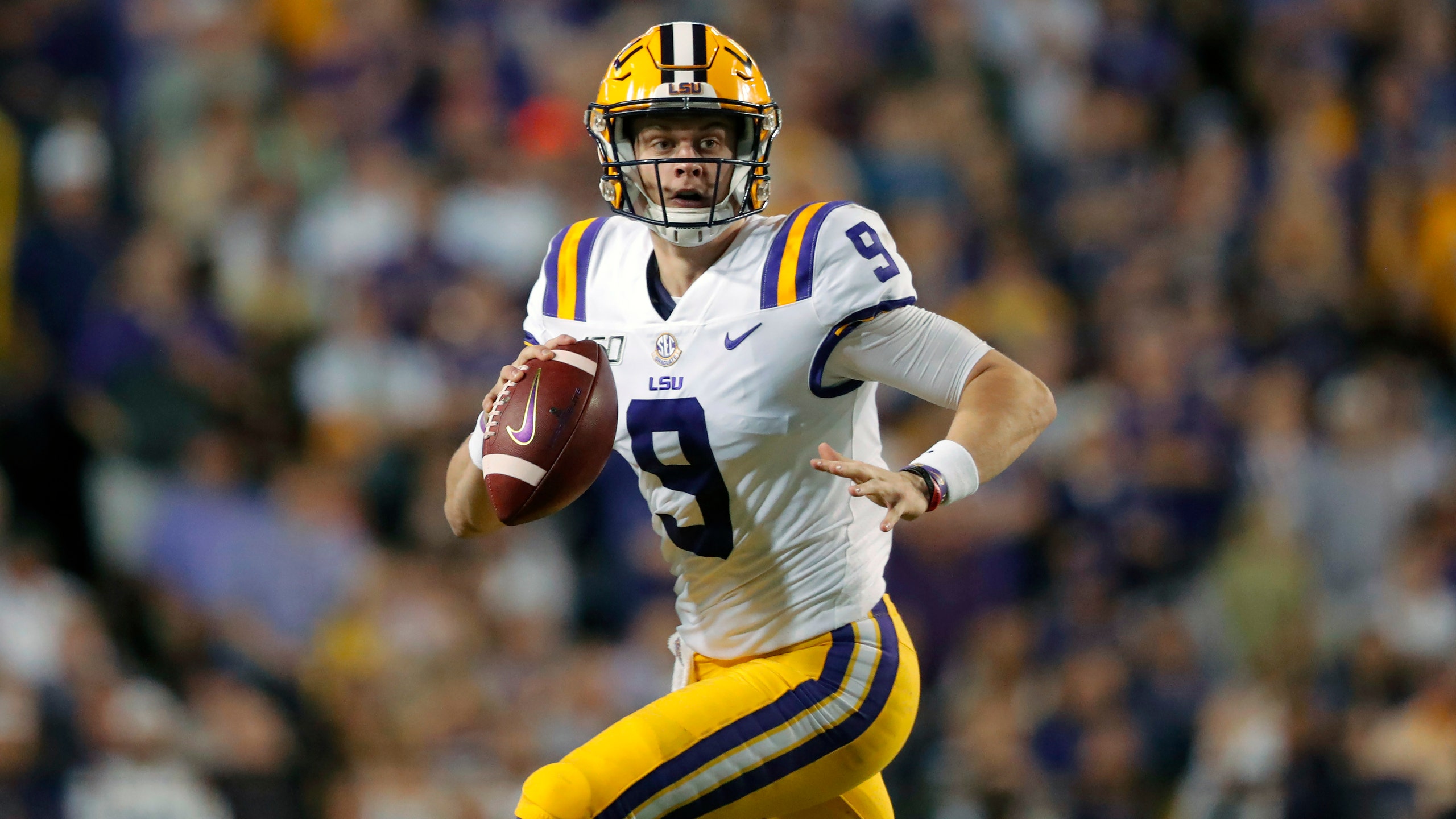 From his home in the New York City suburbs, Roger Goodell will handle perhaps his most visible annual chore — announcing draft picks.

Visible, but this time virtual.

Not since the NFL draft became a televised event in 1980 has it been stripped to the basics like this year's proceedings will be.

Beginning Thursday night, as a safeguard against the coronavirus pandemic, adhering to medical and governmental advice and restrictions, selectors will work from their homes. Prospects will be at their homes, too.

Goodell, who ordered all team facilities closed on March 26 and has extended that ban indefinitely, won't be sharing hugs with Joe Burrow or Chase Young or any of the other 32 first-rounders. He will offer congratulations remotely, but otherwise this will be the barest of drafts.

And certainly not the easiest.

“Everyone is really particular about how they go through the drafts, right?” Falcons general manager Thomas Dimitroff says. "They want to have the draft rooms. They want to have all the technology. It takes a lot of people taking a lot of deep breaths on it, as you can imagine.

"Again, I really believe most teams are quite set and I would say from our standpoint, though technology is going to have to switch and we’re going to be asked to work out of our own homes, I feel like we have such a really sound personnel department. ... We feel honestly if this was moved up 10 days ahead and we had to draft out of the back of a shed we’d be prepared to capitalize on it and do an adept job with it.”

Whoa! There were some teams that wanted the draft pushed back a few weeks. The main issue naturally, has been the collection of information.

With no in-person interviews outside of the brief ones at the scouting combine, few pro days and, perhaps most essentially, no in-depth physical exams conducted by team doctors, the deep data dives have turned into snorkeling exercises.

That didn't hurt the likes of LSU quarterback Burrow, who barring a stunning move by the Bengals, will be the first name Goodell calls out Thursday. Same for Young, Ohio State's dominant defender and probably the best player in this crop.

But guys carrying question marks? Guys who had medical issues and didn't get the usual re-check following the scouting combine? Or players who didn't get invited to the combine? Or collegians with off-field issues?

“That’s what you miss out on,” Giants GM Dave Gettleman says of the lack of in-person encounters. "By not having pro days, you also miss that personal contact. Watching guys among their peers and how they operate, how they’re received. That tells a lot when you just watch a kid in those circumstances.

Arizona Cardinals coach Kliff Kingsbury isn't fretting the missing info. It's 2020, after all.

“With technology these days it feels like it is in person," he said of the sort-of meetings. "You have the FaceTime, you have the Zoom meetings. Honestly, a lot of these kids are most comfortable doing that. They’re on FaceTime 12 hours a day with their friends and people, so you get the most comfortable version of them on that FaceTime, honestly.

"The in-person workouts, seeing them move around and do things like that, obviously you’d like to do that. But as far the sit-down component, being comfortable with the interview process, I feel like you get just as much through this type of technology.”

And Rams GM Les Snead believes the old reliable is, well, most reliable this time around.

There is one added challenge, which Eagles personnel boss Howie Roseman describes — tongue in cheek, we think.

“It’s funny,” Roseman says. "I got on a chat with a bunch of other GMs, because our kids get an opportunity to go to those league meetings, so they all hang out together and they have been fortunate to grow up together, which is really special. We are trying to figure out stuff to keep them busy during the draft.

"Normally, I’ll get text messages from my boys about stuff that’s going on with the draft and I won’t pay attention to them. Now the knocking on the door, we’re going to have to make sure we give them some things to do here to keep them busy. I think it’s a different dynamic, but when we are in the draft room, we have some position coaches that are doing the same thing, so we’ll pull on that.”