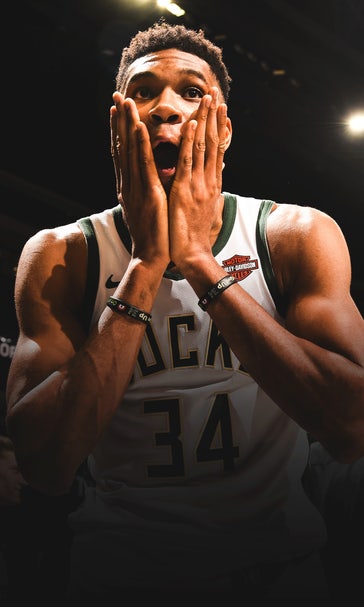 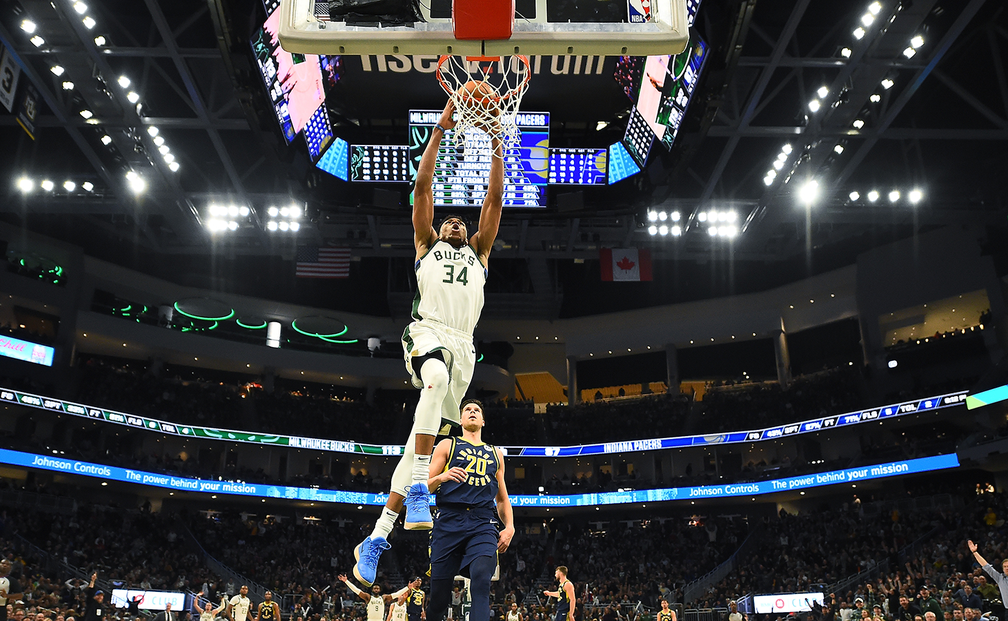 A Rare Breed of Superstar

In addition to holding the keys to the near-future of the NBA, Giannis Antetokounmpo is also a bit of a jokester, it seems, and that’s totally okay.

The Milwaukee Bucks star recently admitted to reporters that he had been somewhat less than genuine when “revealing” early in the coronavirus lockdown that he didn’t have access to a basketball hoop while in quarantine.

“Anybody out there that thought I didn't have access to a gym, they don't even know me,” Antetokounmpo laughed, on a video call with the media. “So, I just said that to try to get a little bit ahead of the competition."

We aren’t in the habit of promoting dishonesty here, but Antetokounmpo’s ruse shows how his brand of stardom is different than some of the other leading lights in basketball.

In his personal and public interactions, he doesn’t bring the same kind of searing intensity as LeBron James, who wears his status as the league’s alpha male like a badge. The Bucks’ figurehead is goofy, quirky and manifestly good-natured. Nice guys might finish last sometimes, but not when they are athletes of generational talent and transcendent skill.

“So, I don't have access to hoop,” Antetokounmpo said, back in April. “A lot of NBA players have a court in their house or something, but now I just get home workouts. Ride the bike, treadmill, lift weights and pretty much stay sharp that way, but I don't play basketball.”

It was kind of believable when he said it because it sort of fit the off-base image we have of him. Laid back and down to earth, it was possible to imagine that he was getting in a few light workouts and then chilling in front of the television. But that is because the Antetokounmpo we see isn't close to being the full picture. We don't see the fierce workouts and devotion to his craft, but he often chooses to keep that part under wraps. It doesn’t mean it’s not happening. Of course it is.

He’s known as the Greek Freak but he is also the real deal, and speaking of deals, his next one could have more seismic impact on the NBA landscape than anything since LeBron James upped sticks and took his talents to Miami a decade ago.

“Dynasties are so difficult to build anyway, but in a salary-cap and revenue-sharing age they are that much harder to fortify and nourish,” wrote Mike Vaccaro in the New York Post. “They often don’t announce themselves until they’ve already arrived. But here’s my guess at who’s next: Whoever secures the services of Giannis Antetokounmpo for the next five to seven years.”

Antetokounmpo’s current contract expires at the end of next season. Milwaukee plans to offer him a supermax deal that would make him the highest paid player in NBA history.

That’s all to be decided, but for now, Antetokounmpo is poised to make a different kind of entry into the history books. The NBA has announced that its season awards will be doled out based on what has already happened, not counting the eight remaining regular season games that will take place in the bubble.

Only Hakeem Olajuwon and Michael Jordan have previously won Defensive Player of the Year and MVP in the same season, and the Bucks’ big man is in line for both when the votes are tallied.

There is a reality of American sports - athletes in the biggest markets are going to get more attention than those in small locales like Milwaukee. But Antetokounmpo’s ability has shined through regardless.

On FS1’s First Things First, Nick Wright and Chris Broussard were in agreement when it comes to Antetokounmpo and the MVP debate.

“LeBron has been tremendous, but it is cut and dry,” Broussard said. “It is Giannis. Giannis’ regular numbers, points, rebounds are better, his analytical numbers are better. He’s more than three points better than anybody else in the league, he has got the best record in the league for his team without a second superstar. He's arguably the best defender in the league.”

“We were tracking the MVP race like a horse race throughout the season and Giannis led the whole way,” Wright said. “Now, right before the shutdown, LeBron had gained significant ground, but Giannis was still the leader and now the season freezes in time. Giannis deserves this award.”

The Bucks have talent around Antetokounmpo, but Khris Middleton and Eric Bledsoe don’t have Anthony Davis-style hype. According to FOXBet, both the Bucks and Lakers are listed at +250 to win this year’s NBA championship. However, it is the Bucks who arrive in Orlando with the top record in the league at 53-12, and it seems like the game has been easy for them at times.

Antetokounmpo believes in his group and knows that championships and trips to the NBA Finals are the way greatness is judged, but he hasn’t gotten there yet.

With just over a week to go before basketball resumes, the presumptive MVP’s focus is real - and he’s not joking this time.

Get more from Giannis Antetokounmpo Add to your favorites to get information about games, news and more.
in this topic

Draymond Green Pays The Price
The NBA fined the Golden State Warriors forward for his Devin Booker comments, but he seems unfazed.
1 day ago

NBA 6-Pack: Giannis, Harden Return to Form
There were 6 NBA games in the bubble on Friday. Here are the 6 things you need to know from Day 2 of the NBA restart.
August 1 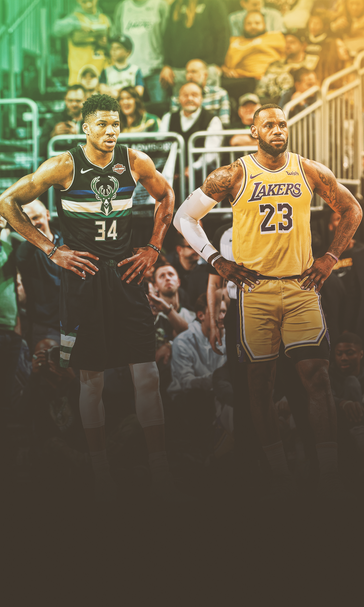 Who's The Real MVP?

Who's The Real MVP?
It's looking like a two-man race for the NBA's MVP, as games in the bubble reportedly won't factor into voters' decisions.
July 21 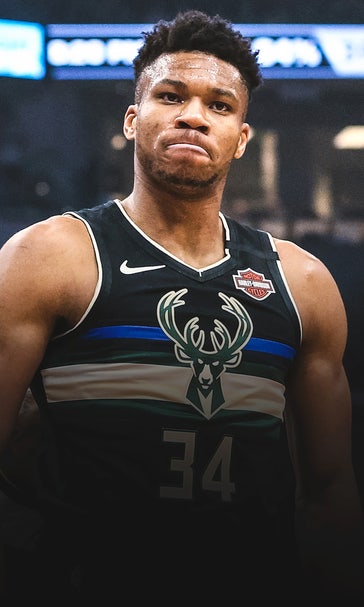 A Different Kind Of Asterisk
NBA players are weighing in on whether the "toughest championship you could ever win" will come with a caveat.
July 1 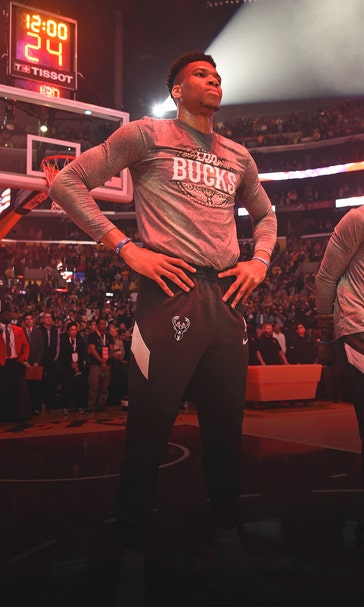 The Clock Is Ticking

The Clock Is Ticking
Giannis Antetokounmpo's free agency will be here before you know it. Does Milwaukee need a title to ensure he stays?
June 9
those were the latest stories
Want to see more?
View All Stories
Fox Sports™ and © 2020 Fox Media LLC and Fox Sports Interactive Media, LLC. All rights reserved. Use of this website (including any and all parts and components) constitutes your acceptance of these Terms of Use and Updated Privacy Policy. Advertising Choices. Do Not Sell my Personal Info