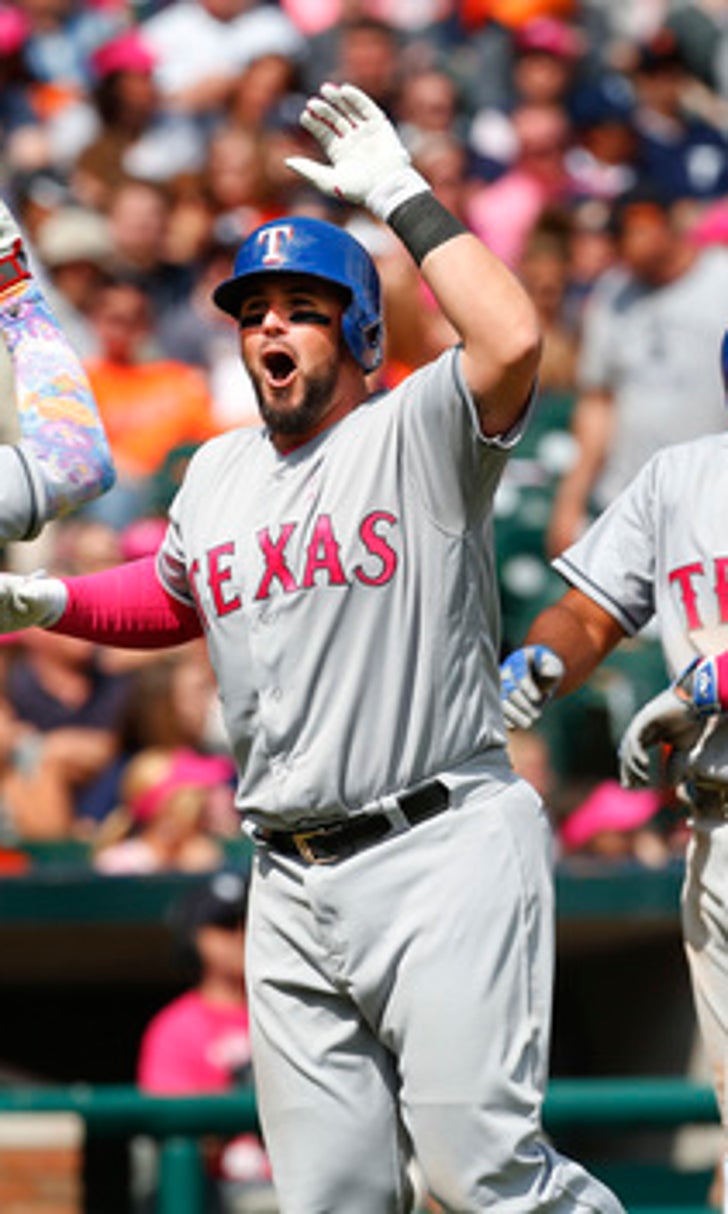 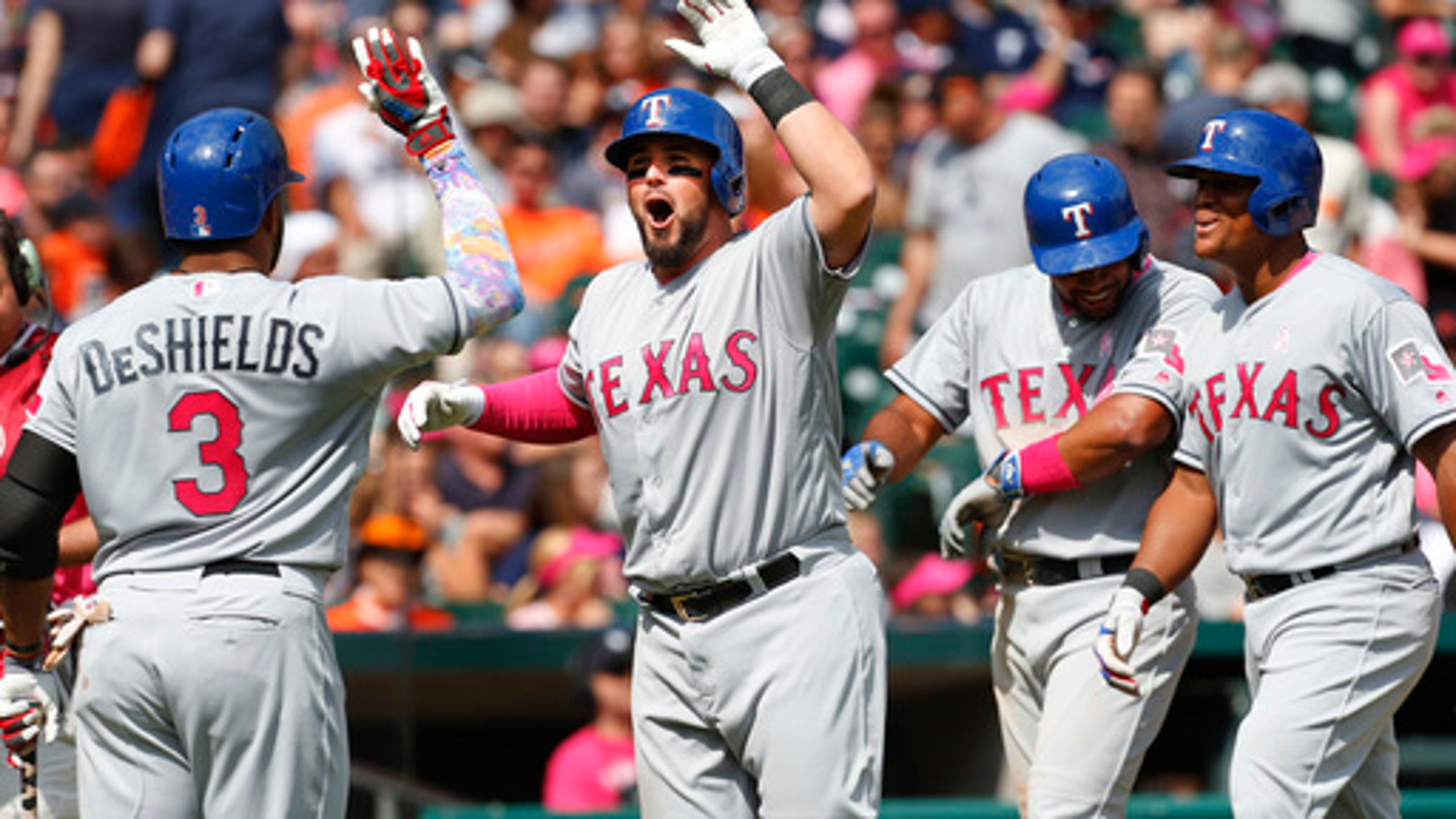 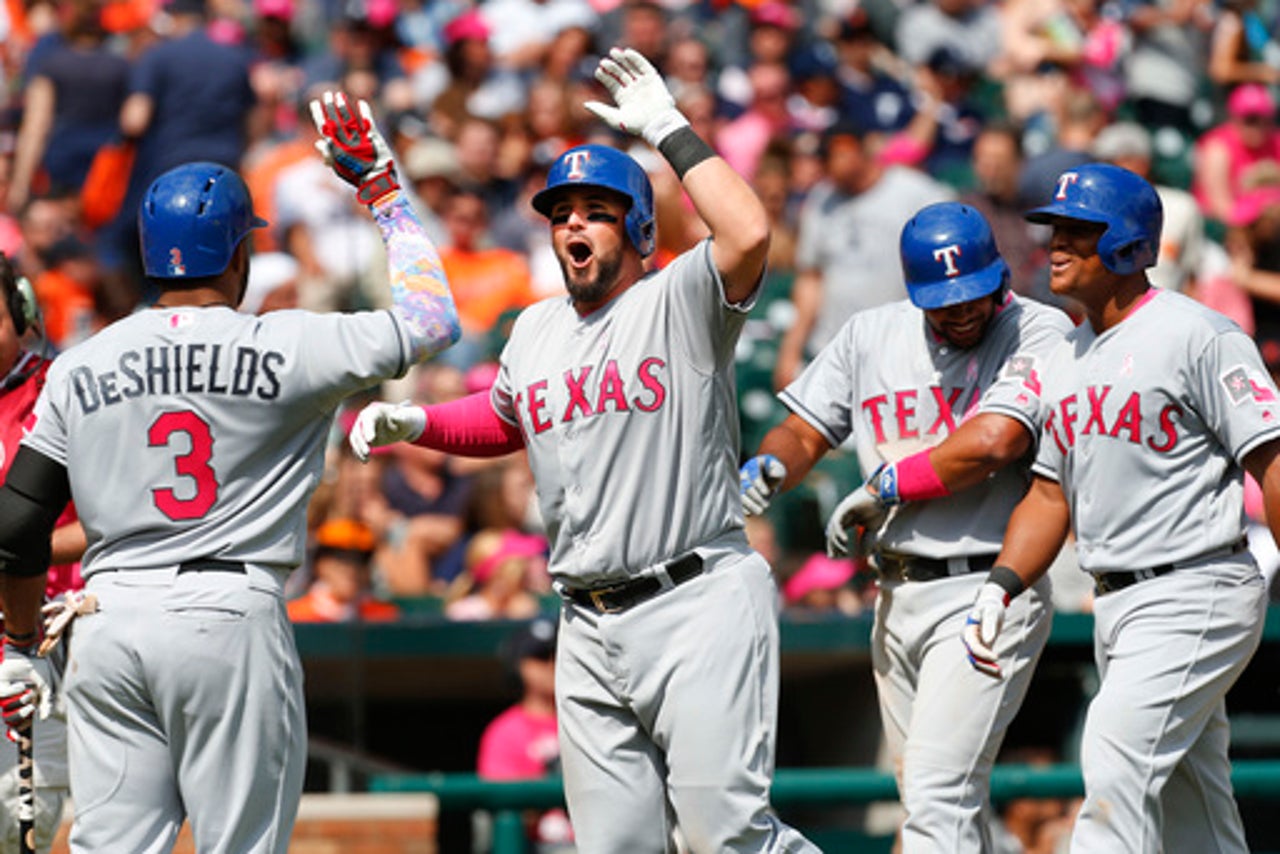 DETROIT (AP) Bobby Wilson hit a tiebreaking grand slam in the eighth inning against the team that just traded him away, and the Texas Rangers completed a three-game sweep of the Detroit Tigers with an 8-3 victory Sunday.

After being shut out for seven innings by Justin Verlander, the Rangers broke through against relievers Justin Wilson and Mark Lowe (1-1) for seven runs in the eighth.

Wilson didn't hit any home runs for the Tigers before they sent him to Texas on Tuesday. His first shot of the season sent Detroit to its sixth straight loss.

Wilson, a catcher, was traded from Texas to Detroit in March. After playing five games for the Tigers, he was dealt back to the Rangers for minor league pitcher Chad Bell.

Texas trailed 2-0 going into the eighth. After two singles got a rally going, Adrian Beltre greeted Lowe with an RBI single. One out later, Ian Desmond tied it with a sacrifice fly.

An intentional walk and a hit batter loaded the bases for Wilson, who sent a drive over the fence in left. Delino DeShields followed with a home run to make it 7-2.

The right-hander backed up those words, allowing three hits and two walks while striking out nine.

Lowe and Wilson had been pretty reliable in relief, but couldn't hold the two-run lead.

By the time DeShields finished rounding the bases after his homer, fans had been booing and streaming toward the exits.

Miguel Cabrera opened the scoring with an RBI double in the third, and Justin Upton drew a bases-loaded walk later that inning.

Rangers: RHP Yu Darvish (right elbow surgery) has his next rehab start scheduled for Thursday with Triple-A Round Rock. ... OF Shin-Soo Choo (right calf strain) said he expects to go to Arizona and begin work there Tuesday. ... SS Elvis Andrus stayed in the game after being hit in the left elbow by a pitch in the eighth.

Tigers: Cameron Maybin (left wrist fracture) started in CF on Saturday night on a rehab assignment with Triple-A Toledo. He went 1 for 4 and scored a run.

Rangers: Texas returns home to start a three-game series with the AL Central-leading Chicago White Sox on Monday night. Colby Lewis (2-0) takes the mound for the Rangers against Miguel Gonzalez (0-0).

Tigers: Detroit heads to Washington for a three-game set. Anibal Sanchez (3-3) starts Monday night for the Tigers against Stephen Strasburg (5-0).