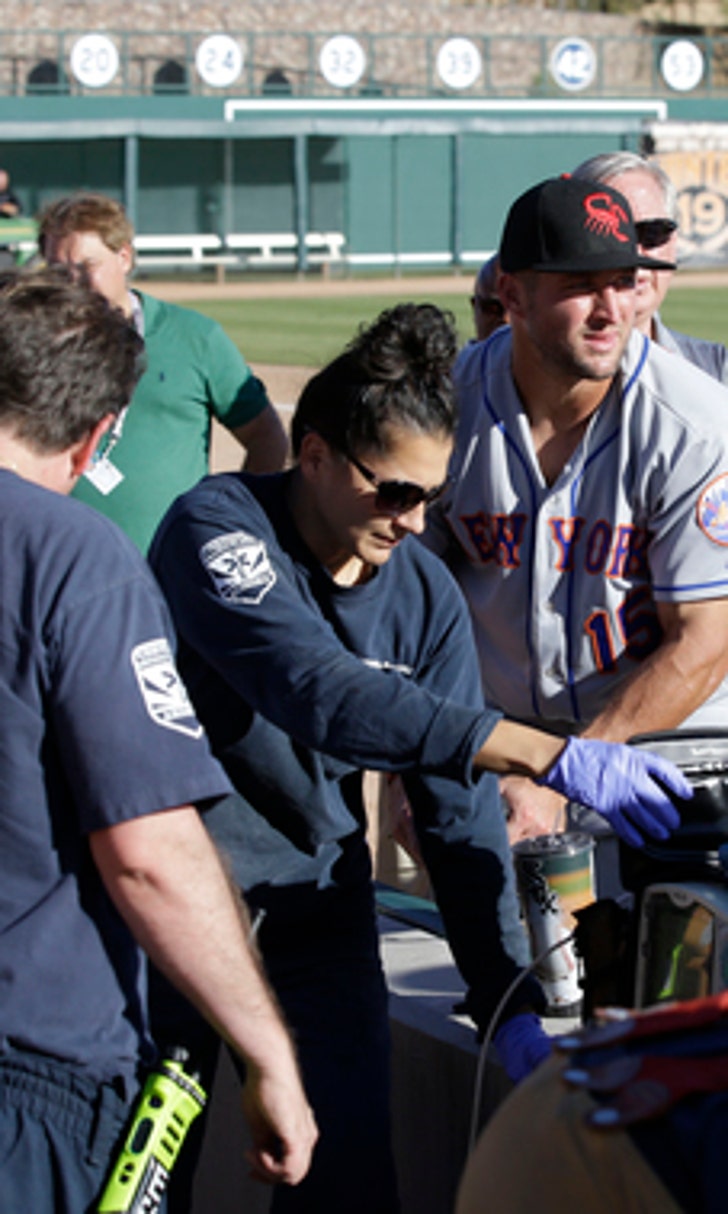 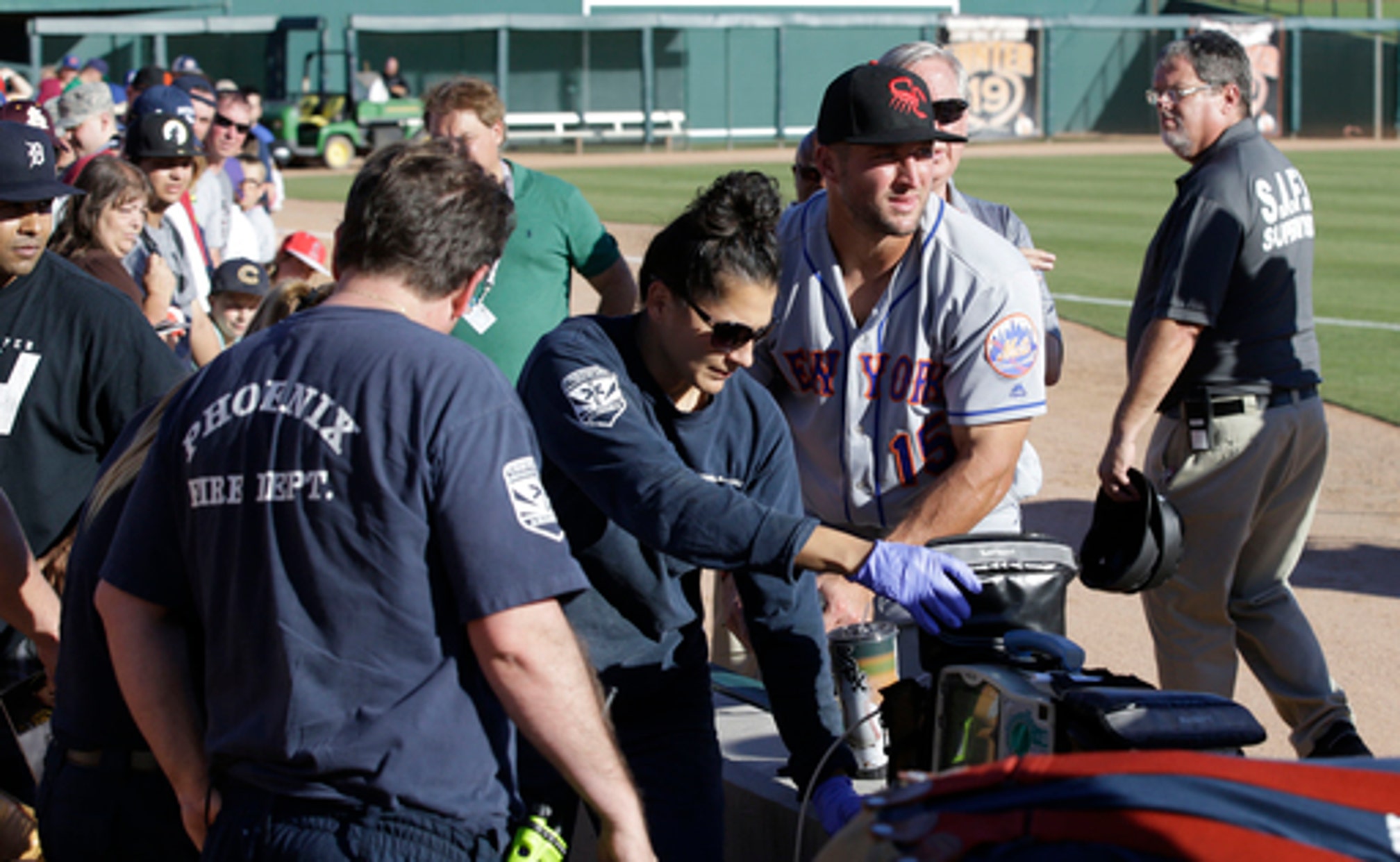 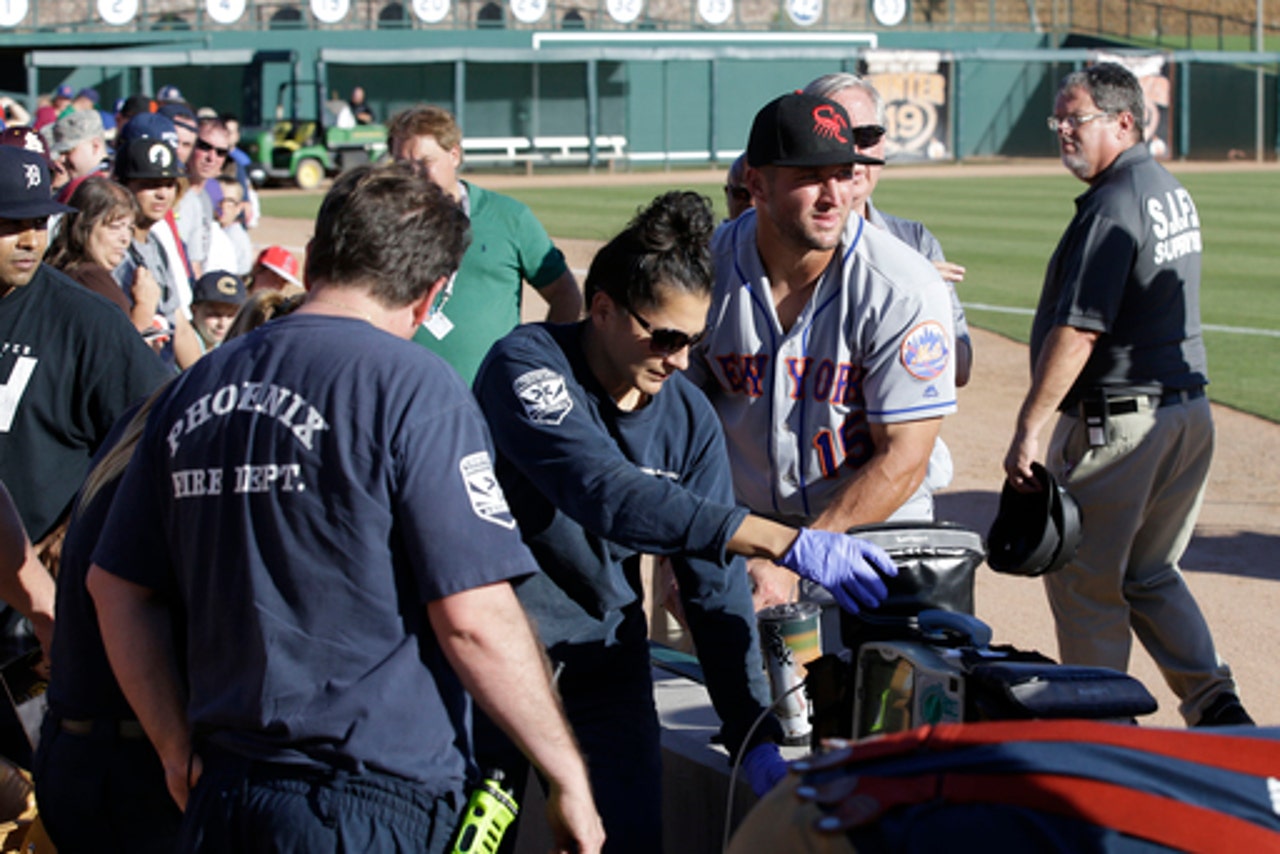 Tim Tebow comforted a fan who was having a seizure, praying and talking college football with the man after the former NFL quarterback played his first baseball game in the Arizona Fall League.

''I just remember just being very disoriented,'' Brandon Berry told The Associated Press by phone. ''Then I saw Tim.''

Berry had the seizure Tuesday following a game in Glendale, Arizona, held at Camelback Ranch, the spring training home for two major league teams. Tebow stayed with Berry for 15 to 20 minutes until paramedics took him from the stadium.

The 30-year-old said he was OK at home in nearby Avondale after being released from the hospital.

Berry said he doesn't remember much after the seizure, except that he told the 2007 Heisman Trophy winner that he cheered for Georgia - an SEC rival of Tebow's Florida Gators.

Daniel Kelly, a Tebow fan from Casa Grande, said he met Berry early in the game. Kelly was getting a baseball autographed by Tebow, a minor league project with the New York Mets, when the seizure began.

Kelly said he and his wife, Samantha, began to pray. Kelly then looked up to see that Tebow was also praying while placing a hand on Berry's leg.

Kelly said Berry appeared unconscious for about 30 seconds before coming to with a coughing fit. Officials from the stadium tended to him while awaiting paramedics from the Phoenix Fire Department.

Kelly, celebrating his 43rd birthday at the game and wearing a Mets Tebow jersey, posted video of Tebow waiting with the fan on his Twitter page.

''An amazing moment,'' Kelly said. ''It was a miracle moment that happened there.''

Kelly said it was near 100 degrees at the stadium and that Berry was with him in the sun for most of the game.

Berry said he has been having seizures since 2013 and was diagnosed with a pituitary tumor in January. He had an MRI Tuesday to monitor his condition before going to the game.

Berry said he isn't a Tebow fan but that he went to the game to take in the spectacle of seeing a superstar, albeit from another sport.

''Like seeing somebody like Chippers Jones when I grew up watching,'' said Berry, originally from Hayesville, North Carolina.

Tebow, recently signed to a minor league contract by the Mets, went 0 for 3 and also ran into the outfield wall chasing a flyball for the Scottsdale Scorpions.