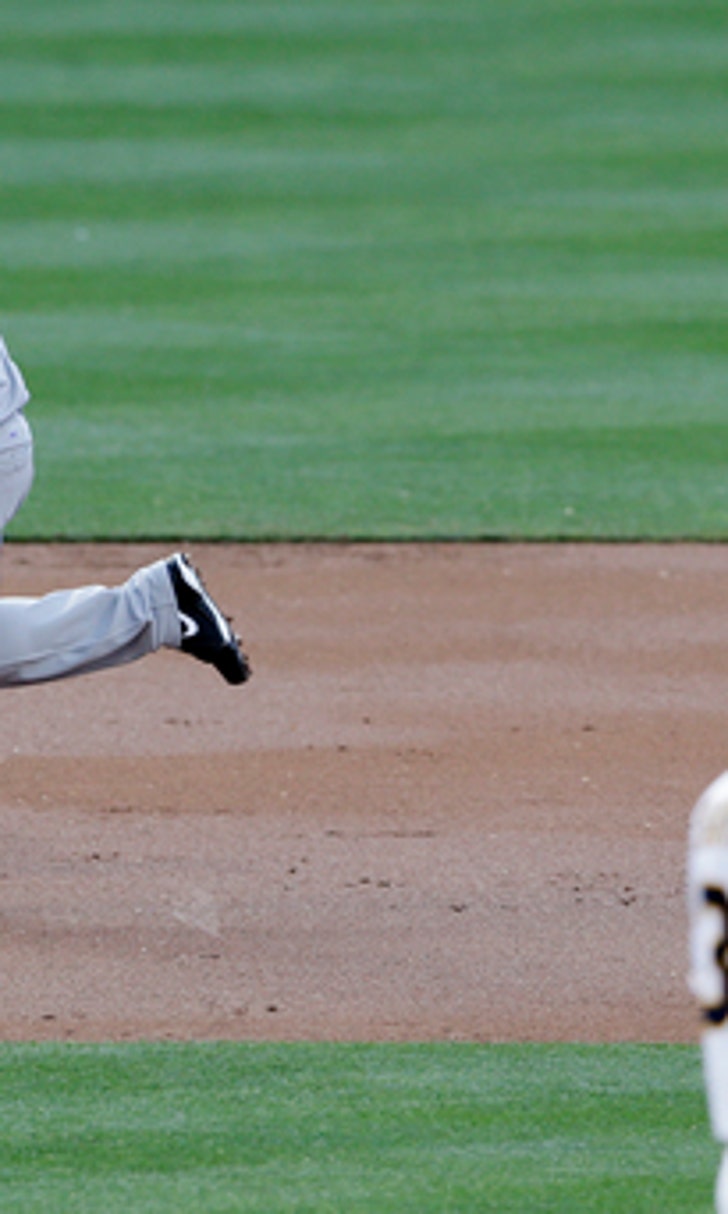 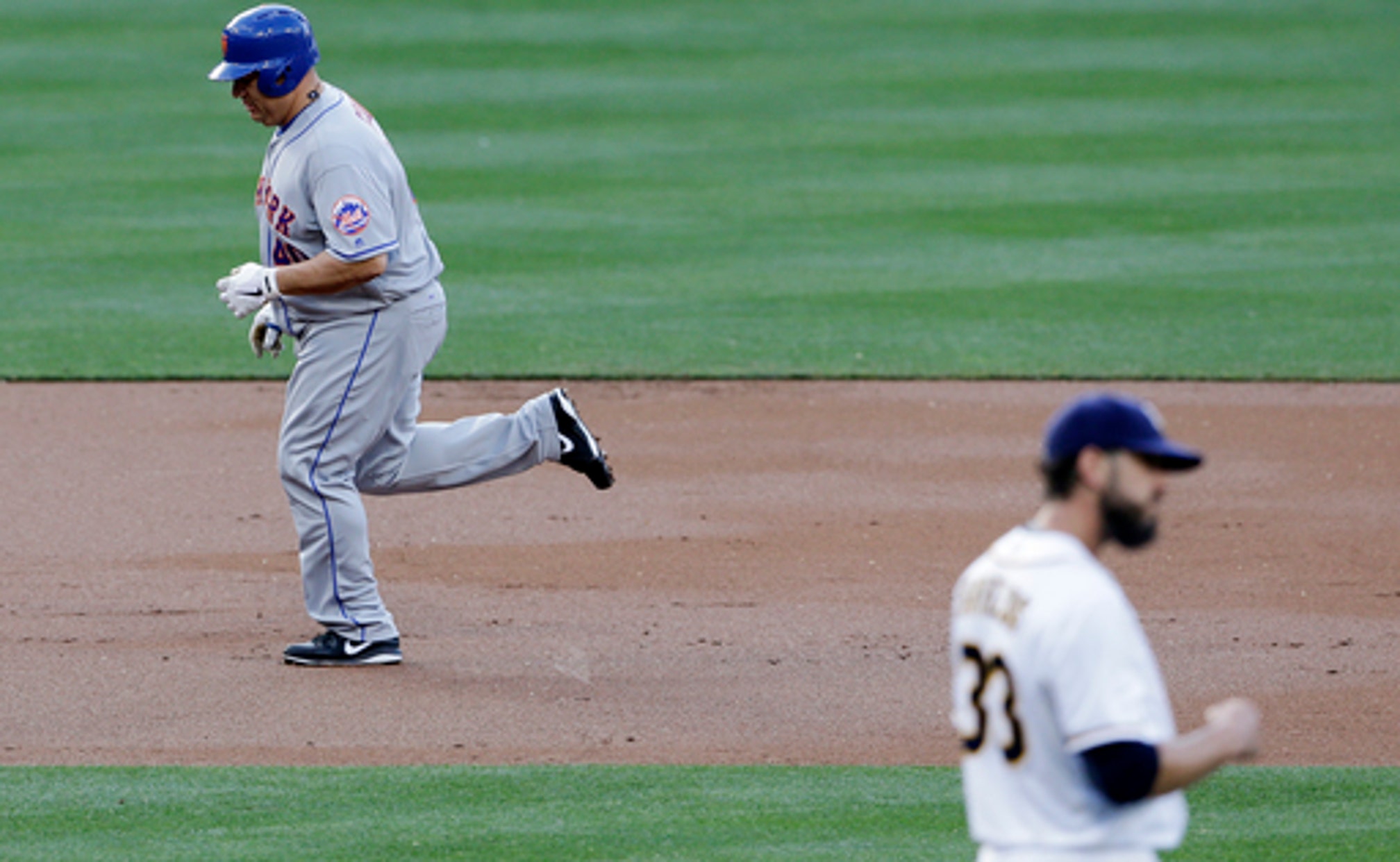 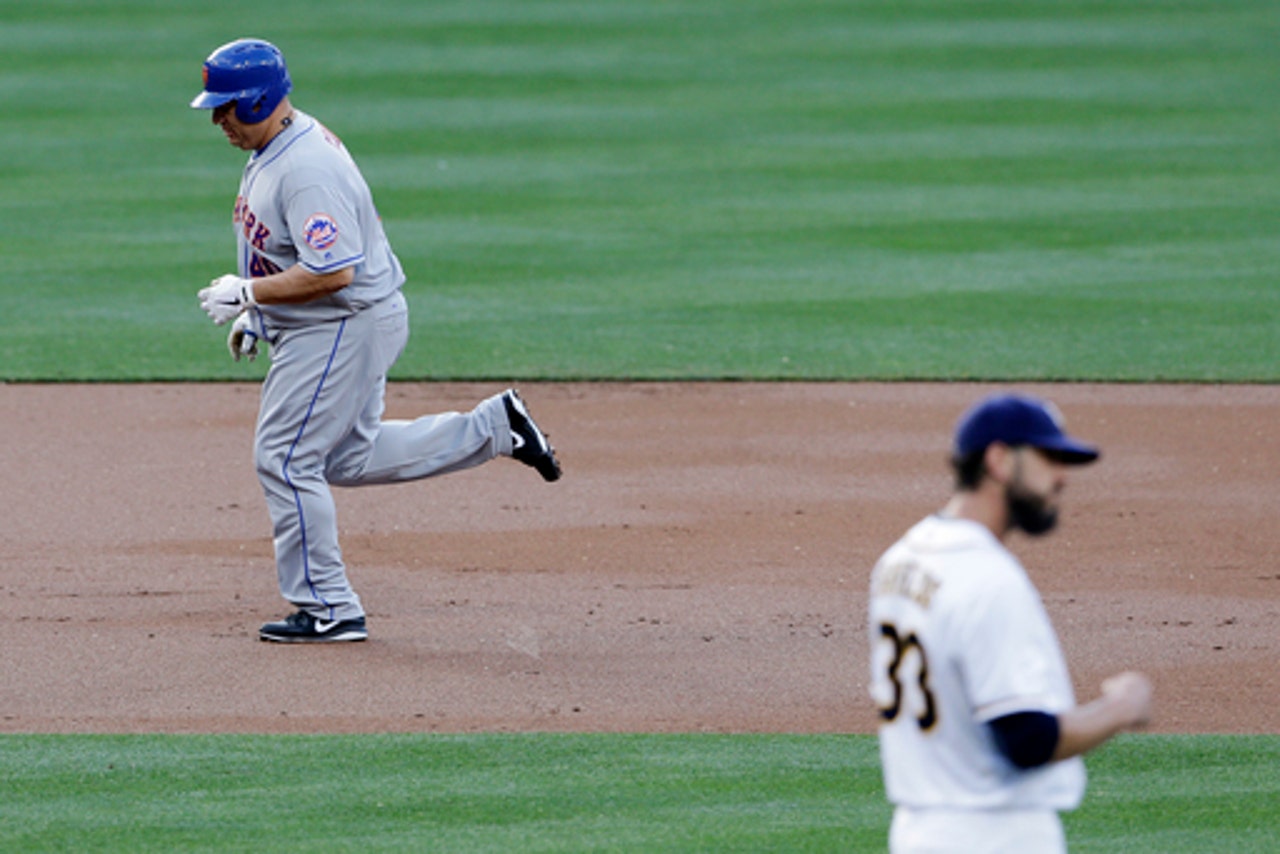 SAN DIEGO (AP) James Shields wasn't in the mood to talk about the historic, improbable home run he gave up to Bartolo Colon.

Colon became the oldest player to hit his first major league home run, connecting Saturday night less than three weeks before his 43rd birthday, to help the New York Mets to a 6-3 victory over the San Diego Padres.

Shields said only that the pitch was a fastball in. Asked if was surprised to see Colon's home run swing, Shields said: ''Next question, man.''

Colon's impressive two-run drive off Shields into the seats in the left field corner gave the Mets a 4-0 lead with two outs in the second.

Colon (3-1) watched the ball all the way, and didn't toss his bat until he was well more than halfway to first base. The portly pitcher's trot around the bases took about 30 seconds.

When he returned to the dugout, his teammates were hiding in the tunnel before coming out to mob him.

''I don't really know what to say about that,'' Padres manager Andy Green said. ''Certain things leave you speechless.

''I don't know what the odds were of the Kentucky Derby for the trifecta today,'' added Green, a Kentucky native, `'but I figure the swing was probably a lot longer odds than that. It's one of those things that you just don't expect to see. Good swing.''

Said Colon: ''I don't even know how to explain it. I'm very thankful. I thank God for this amazing moment, and I wasn't expecting it. Once I hit it I knew it was gone. The ball in San Diego travels well.

''Anytime I see a fastball I swing hard because I'm not a curveball hitter,'' he added.

Yoenis Cespedes hit a two-run homer for the Mets, who scored only three runs and had seven hits in losing the first two games of this four-game series.

Randy Johnson hit his only homer shortly after turning 40 in 2003. He was the oldest to finally hit a home run before Colon.

Colon hasn't had to worry about his hitting. He won the 2005 AL Cy Young Award while with the Los Angeles Angels, and is a three-time All-Star.

Nonetheless, his at-bats are always a highlight. He usually swings hard and his helmet often falls off in the process, frequently drawing cheers and laughs from fans at home and on the road.

Colon's major league debut was April 4, 1997, in a no-decision for Cleveland against the Angels. Franco was his teammate. The opposing manager was Terry Collins, now in his sixth season as the Mets manager.

Kevin Plawecki was aboard on a double for Colon's homer.

Colon pitched 6 2-3 innings, allowing three runs and six hits while striking out five and walking one. Jeurys Familia pitched the ninth for his ninth save in as many chances.

Cespedes hit his 10th homer with two outs in the first. David Wright was aboard on a walk.

Wright and Michael Conforto hit consecutive homers off Carlos Villanueva with one out in the ninth. It was Wright's fourth and Conforto's fifth.

Jon Jay hit a three-run homer to right-center off Colon with one out in the third, his first with the Padres. Shields and Derek Norris were aboard on singles.

Padres: 2B Jemile Weeks strained his right hamstring running out a sacrifice bunt in the seventh and collapsed in the base path well short of first. He had to be helped off the field.