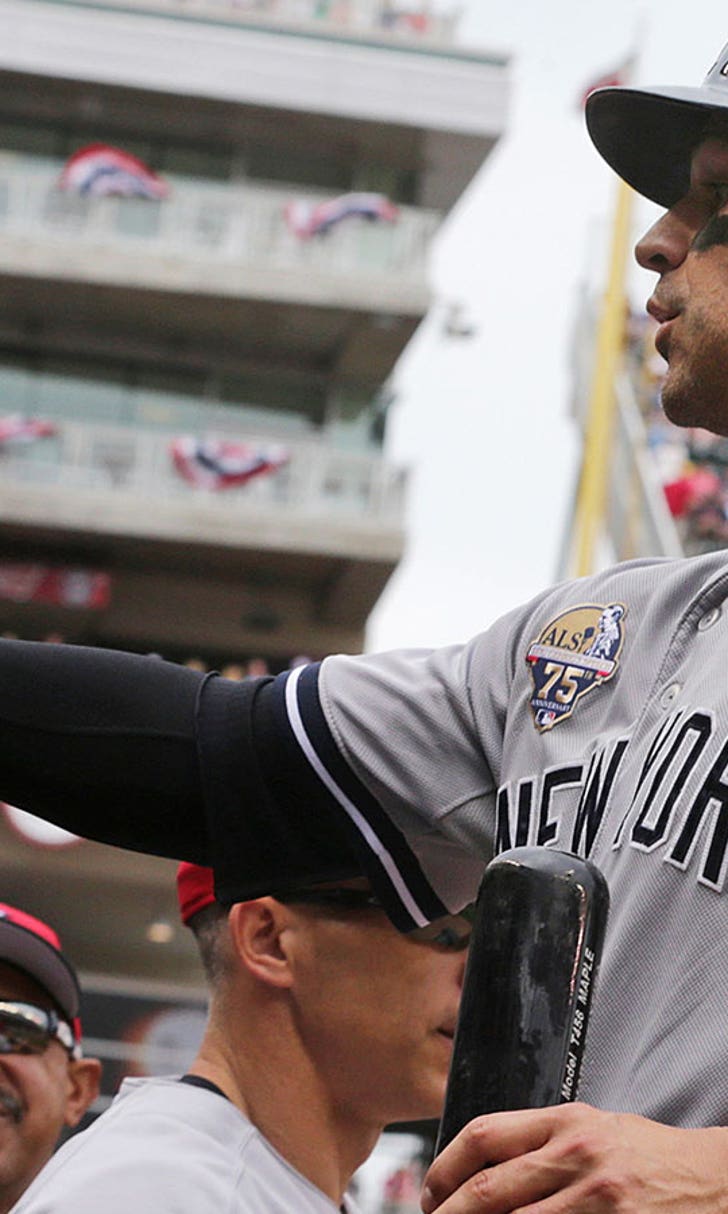 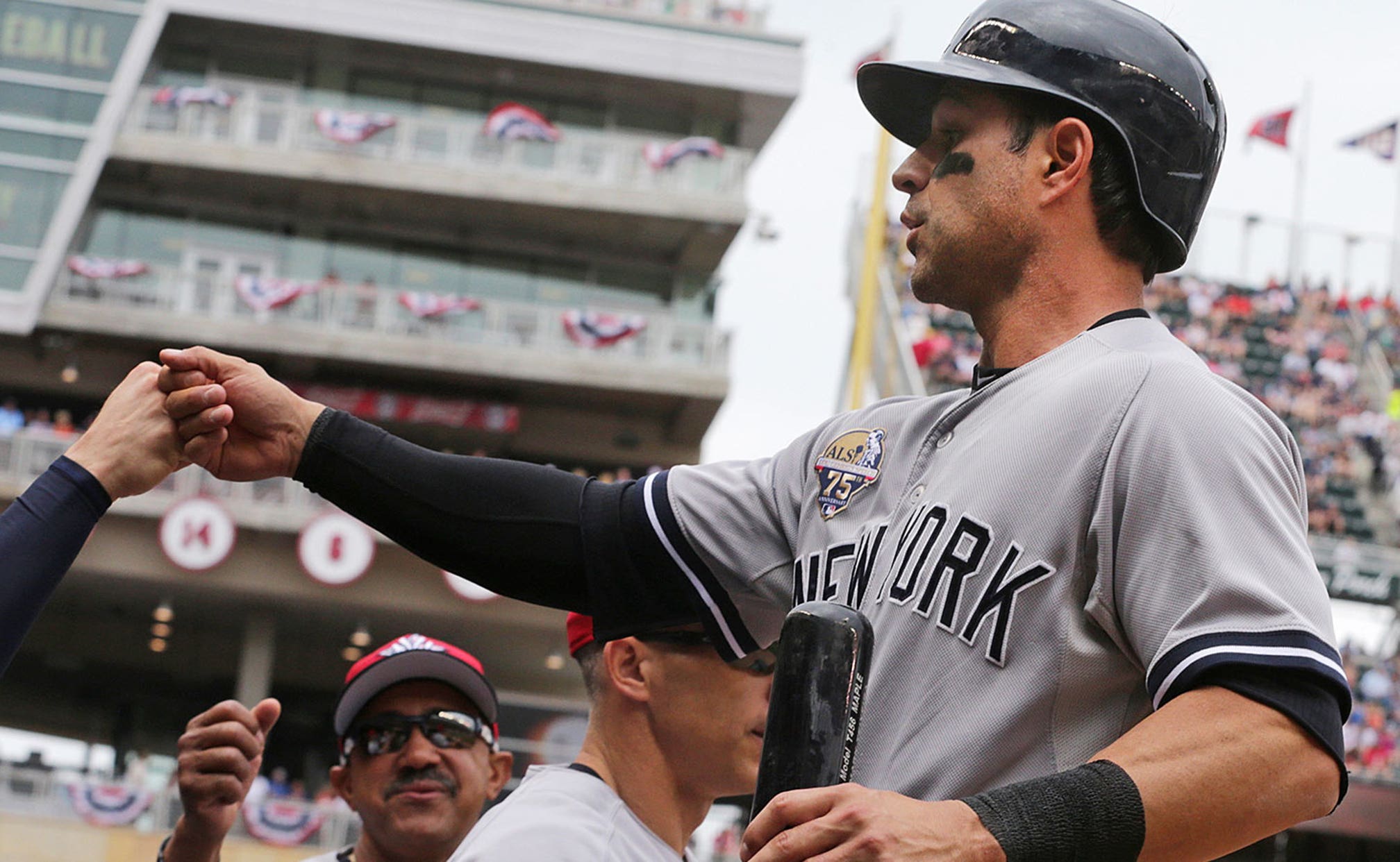 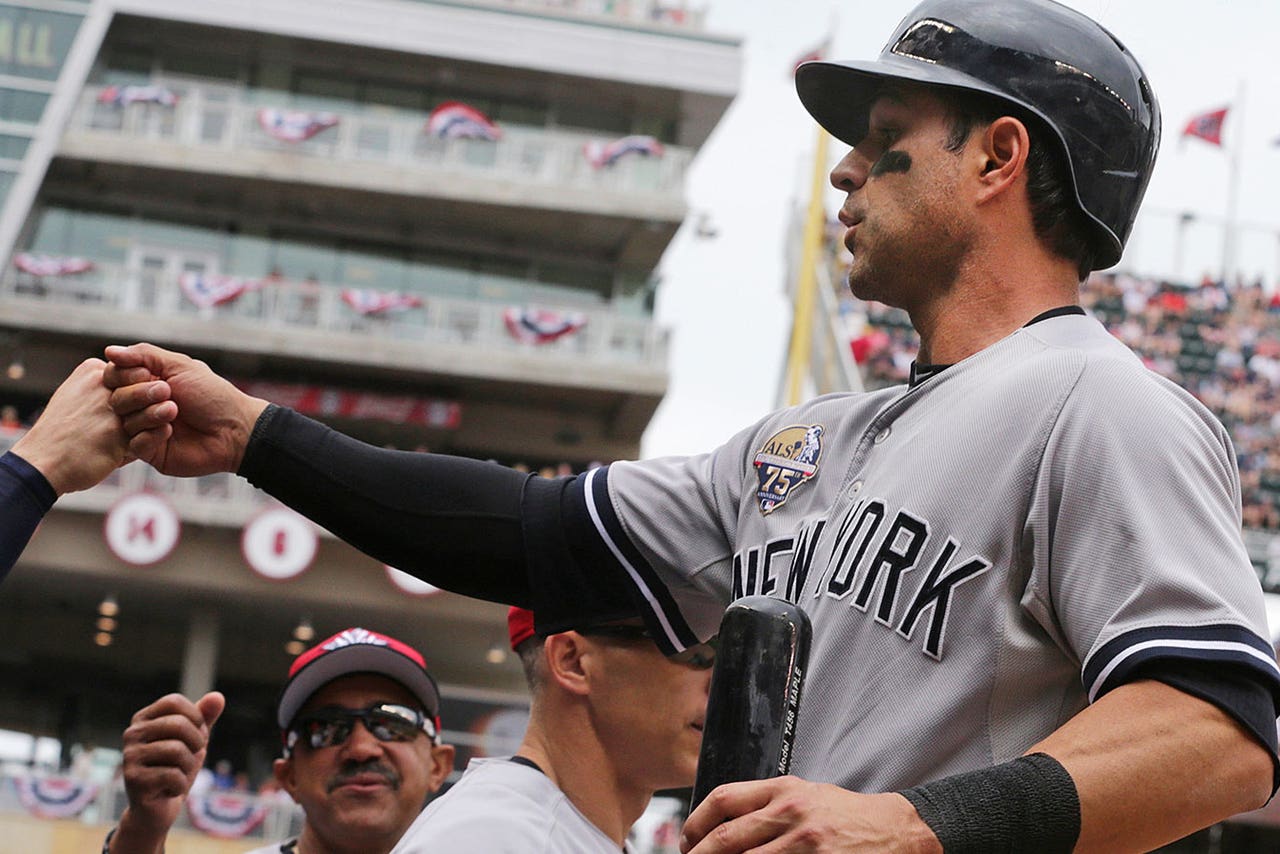 The New York Yankees have a bunch of proud, highly paid and accomplished hitters who have been performing much of this season as if they are well past their prime.

Signs of a turnaround have emerged in this series at Minnesota.

Brian Roberts had three doubles and a triple for the first four-extra-base-hit game of his 14-year career, and the Yankees used their bullpen to preserve a 6-5 win over the Twins on Friday.

"Hitting is contagious. I think it goes both ways," said Roberts, who raised his batting average by 11 points to .248. "When a couple guys start struggling, sometimes everybody starts struggling. A couple guys start hitting, it can kind of roll. So hopefully we'll fall in that direction."

David Huff (2-0), the first of four New York relievers, struck out three in three perfect innings after starter Chase Whitley faltered. David Robertson notched his 20th save in the ninth.

"It's always big when the bullpen can pick up six innings and we still get a win out of it," Robertson said.

The veterans in the lineup did the heavy lifting early on. Jacoby Ellsbury delivered a two-run single in the second to help finish off Twins starter Kyle Gibson (7-7), and the Yankees had 10 hits for the second consecutive game.

"It was probably the most frustrating part, looking back," Gibson said of Ellsbury's hit that pushed the lead to 6-1.

Gibson brought the American League's best home-ballpark ERA among qualified pitchers at 1.54, but he only lasted two innings against the Yankees. One of the runs on his line was unearned, due to a passed ball by Kurt Suzuki that let Mark Teixeira move up and later score on Carlos Beltran's sacrifice fly in the first, but almost every ball was hit hard.

"They jumped on him and never let him breathe," Twins manager Ron Gardenhire said.

Brett Gardner led off the game with a triple, Roberts drove him in with a double and Gibson was on his way to that kind of day. He gave up six hits and one walk, without any strikeouts. Teixeira had an RBI double, and Brendan Ryan added a sacrifice fly.

"We've said all along these guys are good hitters, and eventually it's going to turn," Yankees manager Joe Girardi said.

The matchup on the mound between Whitley and Gibson quickly deteriorated, but a legitimate duel between Huff and Sam Deduno developed.

Whitley gave up eight hits, four runs and one walk in three innings with four strikeouts, putting his spot in the injury-depleted rotation in a tenuous place. The rookie was unbeaten in his first seven starts, allowing three runs or fewer each time, but he has allowed a whopping 27 hits and 17 runs in 10 1/3 innings over his last three turns.

"It's very frustrating, but you've got to keep working to give the team a chance to win," Whitley said.

Brian Dozier led off the Minnesota first with his 16th homer, and Chris Colabello went deep the next inning in his first at-bat since May 23. Oswaldo Arcia had an RBI triple and scored on Trevor Plouffe's single to pull the Twins within two before Huff took charge.

"Whether he goes eight or he goes three, we're always going to be ready for him. We're there to back him up and get him through the game," Huff said.

Dellin Betances dodged trouble in the eighth inning after Colabello cut the lead to one with an RBI groundout. Teixeira made a diving stop to his right at first base on Eduardo Escobar's sharp grounder, recovering in time to throw to Betances for the third out with a runner on third.

This Independence Day game, pitting the Yankees and Twins at Target Field for the second straight year, was preceded by a ceremony for the 75th anniversary of Lou Gehrig's moving farewell address, shortly after he was diagnosed with the degenerative neurological disease that later took his name. Players from both teams read prerecorded portions of the speech.

The Yankees are 15-3 at Target Field, including two postseason wins. ... University of Minnesota basketball coach and lifelong Yankees fan Richard Pitino sat in the first row behind home plate. ... David Phelps (3-4, 4.26 ERA) will pitch for the Yankees Saturday, and Yohan Pino (0-2, 6.32 ERA) will take the mound for the Twins. The Twins will honor retiring Yankees captain Derek Jeter before the game with a farewell gift. Jeter had Friday off to rest. Ryan played SS instead.

World Series Enters Pivotal Stage
The World Series is alive and kicking as a pivotal Game 3 approaches. Martin Rogers breaks down the series with Nick Swisher.
4 hours ago