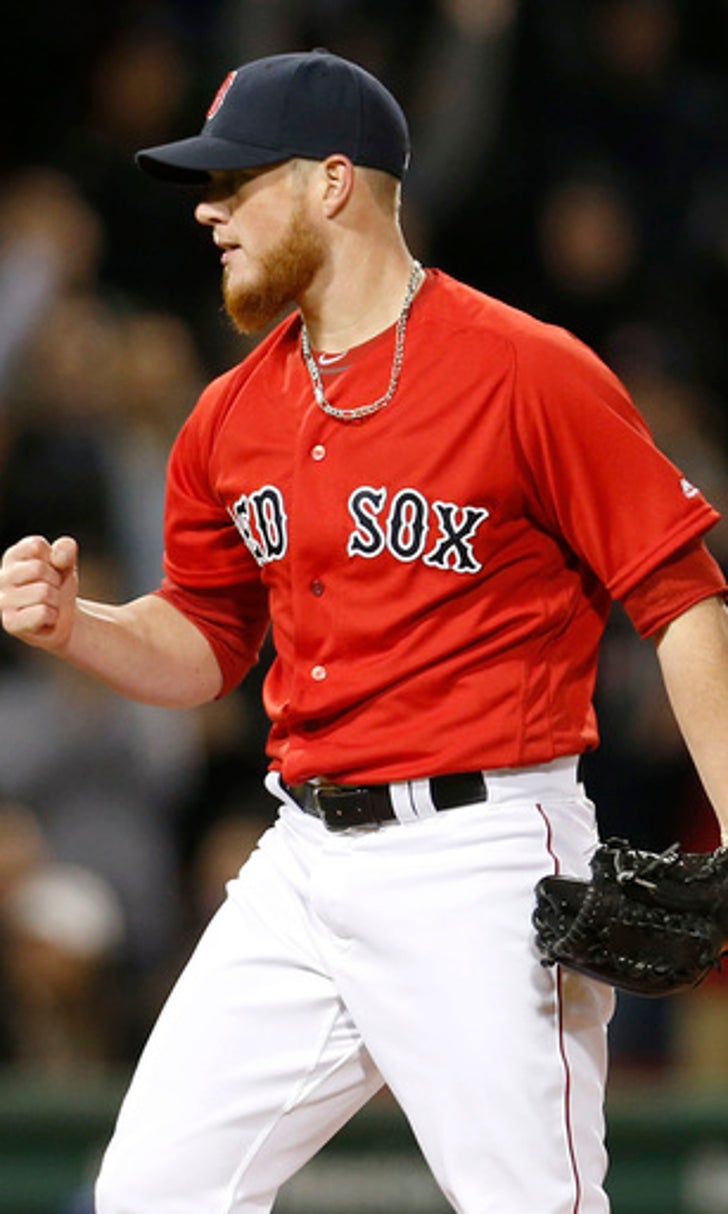 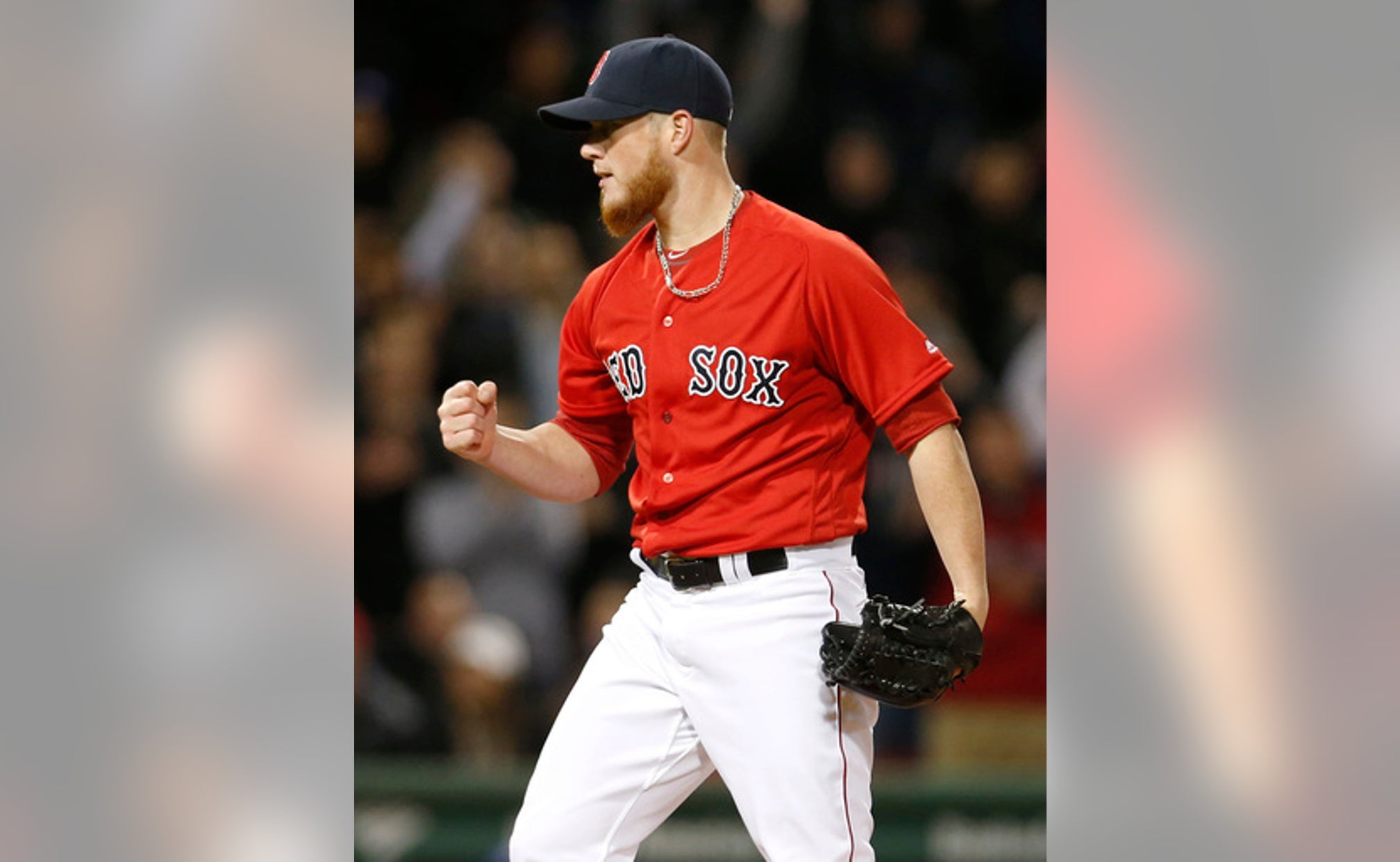 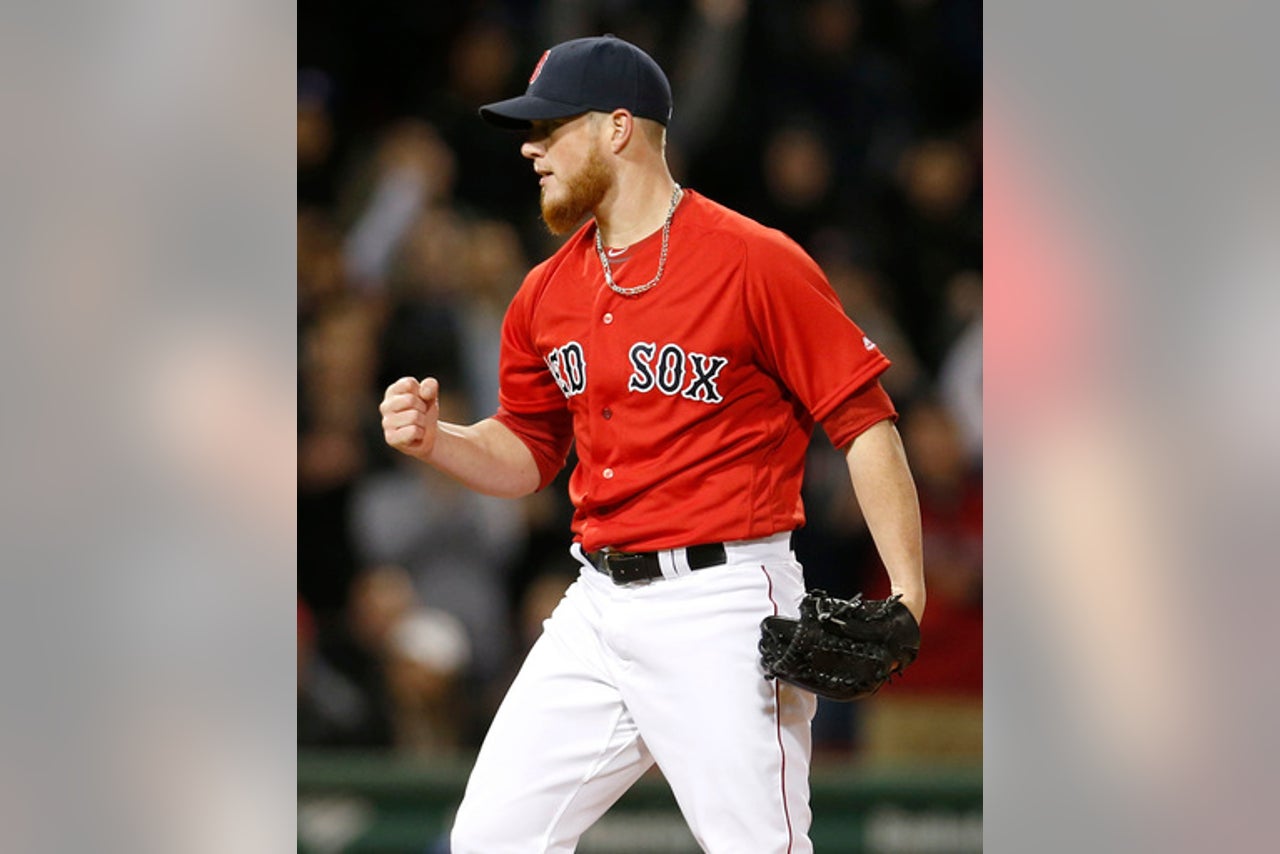 David Ortiz added a run-scoring double for Boston, moving him one RBI behind Hall of Famer Tony Perez (1,652) for 26th all time. Big Papi also stole a base, joining Ted Williams, Cy Young and Rickey Henderson as the only four Red Sox players with a steal at 40-years-old.

Edwin Encarnacion hit his first two homers of the season, drove in all three Toronto runs and had all of three of the Blue Jays' hits. Last season, he hit 39 homers for the AL East champs.

Porcello (2-0) gave up three runs and two hits, striking out eight and walking one. He also hit two batters in beating Toronto for the second time in a week.

Craig Kimbrel got the final three outs for his third save. He allowed two runners to reach before fanning Justin Smoak.

Coming off consecutive wins over the Yankees, the Blue Jays were held to one hit until Encarnacion's two-run shot in the seventh.

The Red Sox jumped ahead 3-0 in the first against knuckleballer Dickey. Ortiz made it 1-0 with his double halfway up the center-field wall.

Shaw then hit his double after Hanley Ramirez had an adventurous at-bat.

Ramirez fouled a ball off his left foot and sat down in the batter's box before limping around a bit. He then reached on a passed ball when he struck out as the bat went flying past Toronto's dugout. He raced home from first on Shaw's hit, sliding in safely.

Encarnacion's first homer went into the last row of Green Monster seats in the second. His second just cleared the Monster in the seventh.

Mookie Betts' RBI single made it 4-1. Dustin Pedroia also had an RBI single.

Red Sox: President of baseball operations Dave Dombrowski said 3B Pablo Sandoval would see orthopedic surgeon Dr. James Andrews for a second opinion on his strained left shoulder. He was placed on the 15-day DL before Wednesday's game.

Red Sox: LHP David Price (1-0, 5.73) was moved up a day to get back on a regular five-day turn. He looks to bounce back from a rough home opener when he gave up five runs in five innings.

Turner Exits Game After COVID Test
The Dodgers third baseman returned to the postgame celebration despite a positive test. Here's the latest.
9 hours ago

Scenes From LA's Celebration
The Los Angeles Dodgers are crowned World Series champions for the first time in 32 years, and the emotions were on full display.
10 hours ago

Sports World Reacts to Dodgers' Title
Twitter lit up after the Dodgers won the World Series on Tuesday night, defeating the Tampa Bay Rays in six games.
11 hours ago