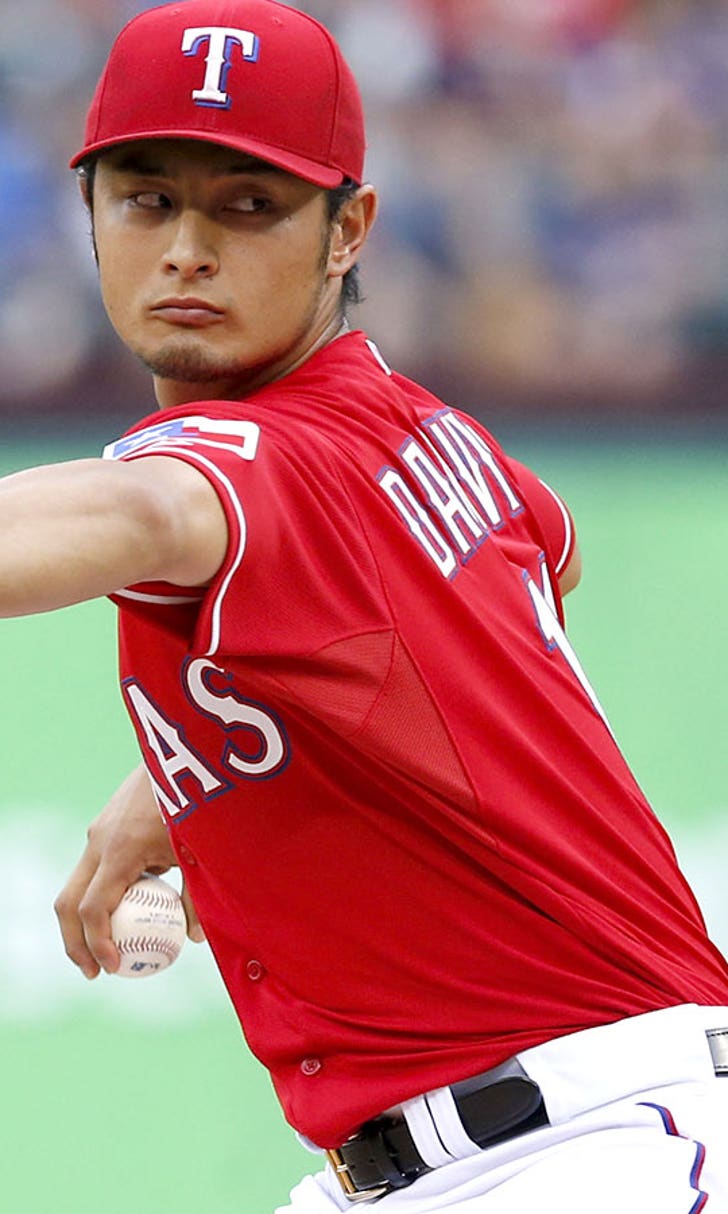 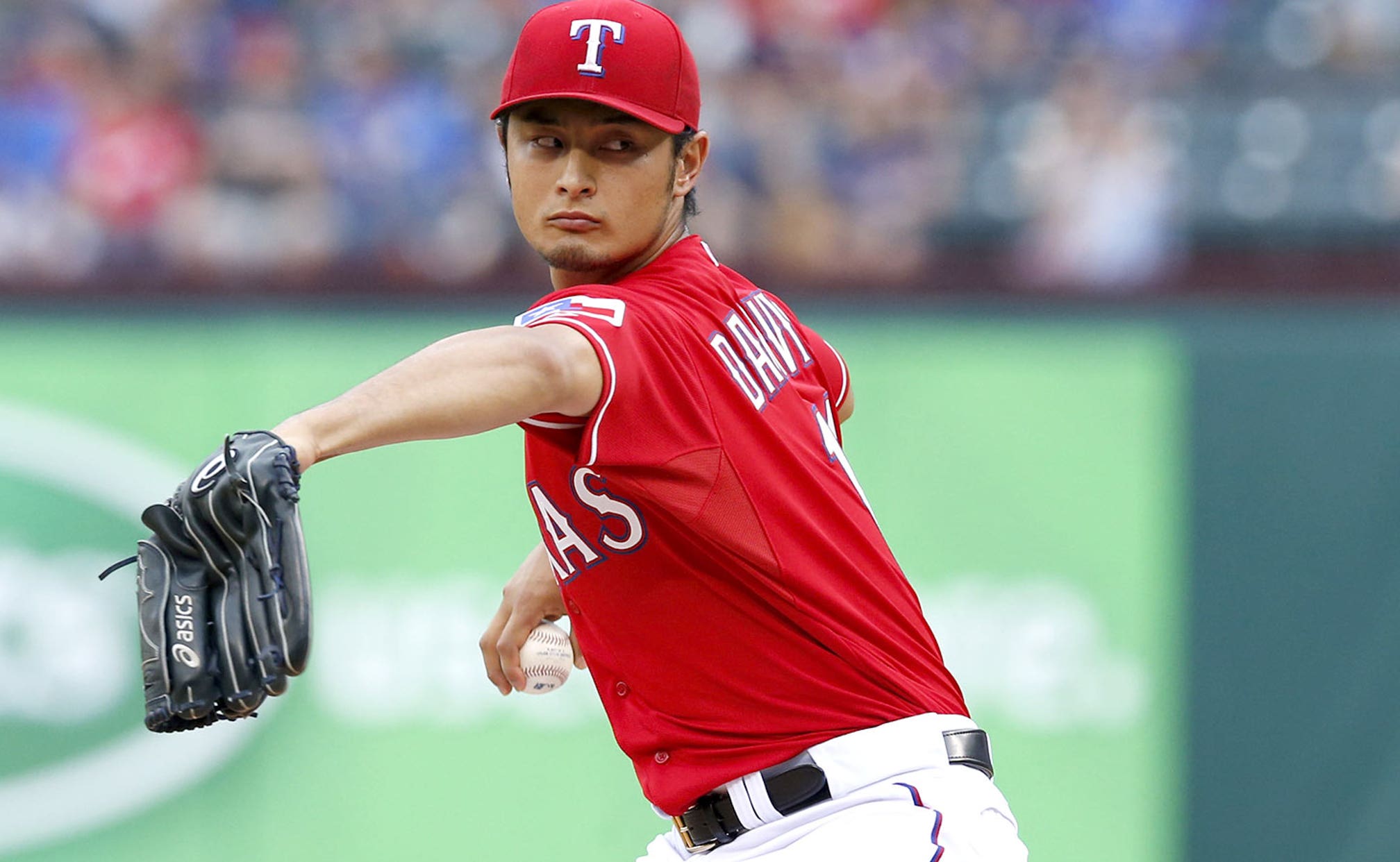 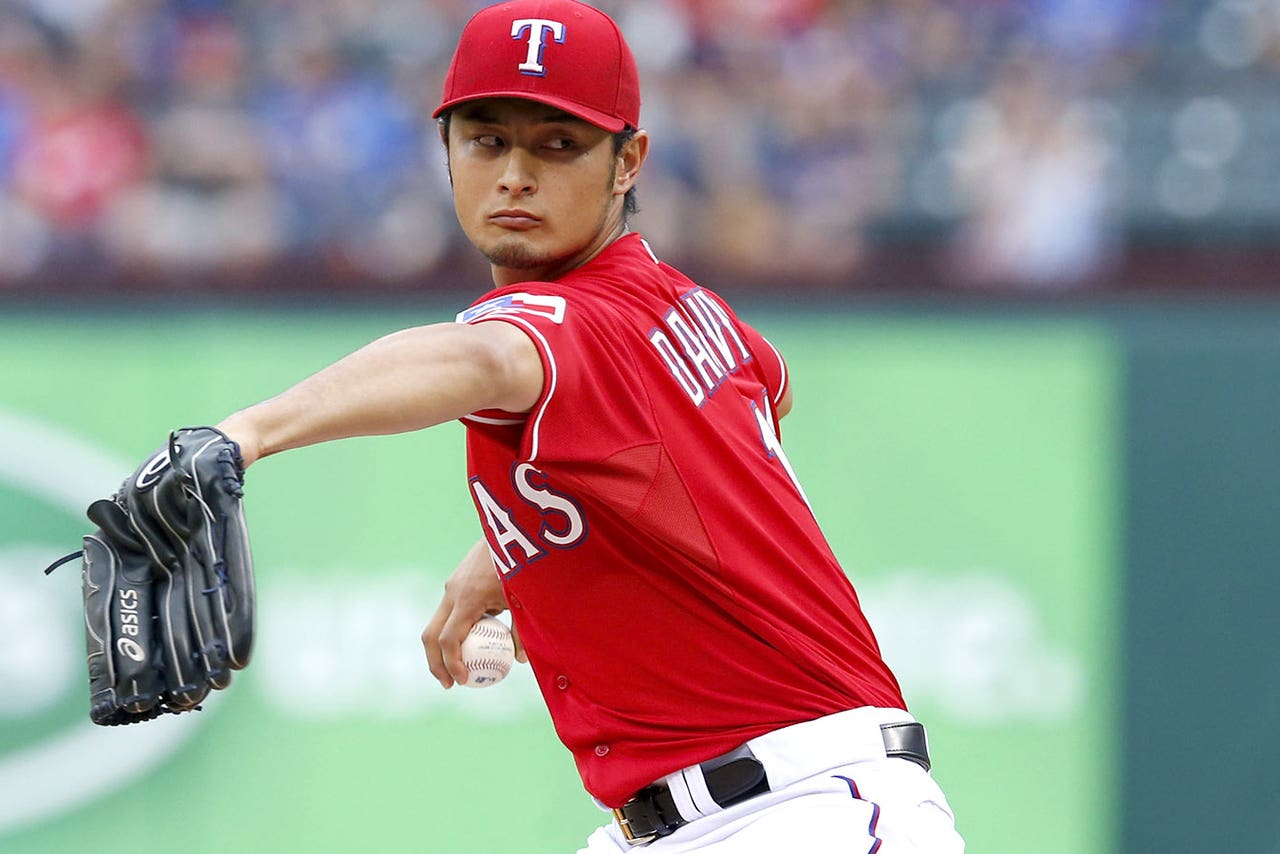 Yu Darvish will get some extra rest before his next start after throwing 126 pitches in another near no-hitter.

The Texas Rangers announced Sunday that Darvish will not start as scheduled Wednesday at Houston. The right-hander from Japan will instead pitch the series opener at home Friday against Toronto in place of lefty Martin Perez, who reported discomfort in his left elbow after not making it out of the fourth inning Saturday night in his third consecutive bad start.

''I don't know because I don't know the particulars,'' manager Ron Washington responded when about his level of concern on Perez. ''We've just got to wait and see what the evaluation proves out.''

Perez will stay in Arlington for MRI and treatment instead of going with the team to Houston. The pitcher said he has never had elbow trouble in the past.

''I'm not nervous. I want to keep working and get in a good situation,'' Perez said after the Rangers' 5-2 loss to Boston on Sunday. ''I want to make sure everything is good. It's day to day.''

Darvish came within one out of a no-hitter Friday night in the series opener against the Red Sox before slugger David Ortiz grounded a clean single with two outs in the ninth on the ace's 126th and final pitch. That was just short of his career high of 130 pitches.

Nick Tepesch was scratched from his scheduled start Sunday for Triple-A Round Rock, and is slated to pitch for Texas on Wednesday in Darvish's spot before the Rangers have a scheduled day off Thursday.

Tepesch was 4-6 in 19 games (17 starts) as a rookie last year for the Rangers, but has spent this season at Round Rock. The right-hander is 5-1 with a 1.58 ERA in seven starts for the Express.

Baker, who pitched 5-1/3 innings in relief in his Rangers debut Wednesday, accepted an assignment to Triple-A Round Rock. The Rangers were still waiting for a decision from Wilson, who can refuse the move.

The extra rest for Darvish could also be good news for the Astros.

Darvish was within one out of a perfect game during his first start of 2013 in Houston when Marwin Gonzalez singled through the pitcher's legs. Darvish then lost a no-hit bid with one out in the eighth inning against the Astros last August.

Last month in Arlington, Darvish retired the first 15 Astros batters and pitched eight scoreless innings in what became a 1-0 Texas win in 12 innings.

Best of World Series Watch Parties
From special guests like Reggie Jackson to all the Swish impressions, enjoy the top moments from all six of our Watch Parties.
9 hours ago

Turner Exits Game, Returns: A Timeline
MLB has made a statement on Justin Turner's decision to celebrate with his team postgame. Here is all the latest.
16 hours ago
those were the latest stories
Want to see more?
View All Stories
Fox Sports™ and © 2020 Fox Media LLC and Fox Sports Interactive Media, LLC. All rights reserved. Use of this website (including any and all parts and components) constitutes your acceptance of these Terms of Use and Updated Privacy Policy. Advertising Choices. Do Not Sell my Personal Info