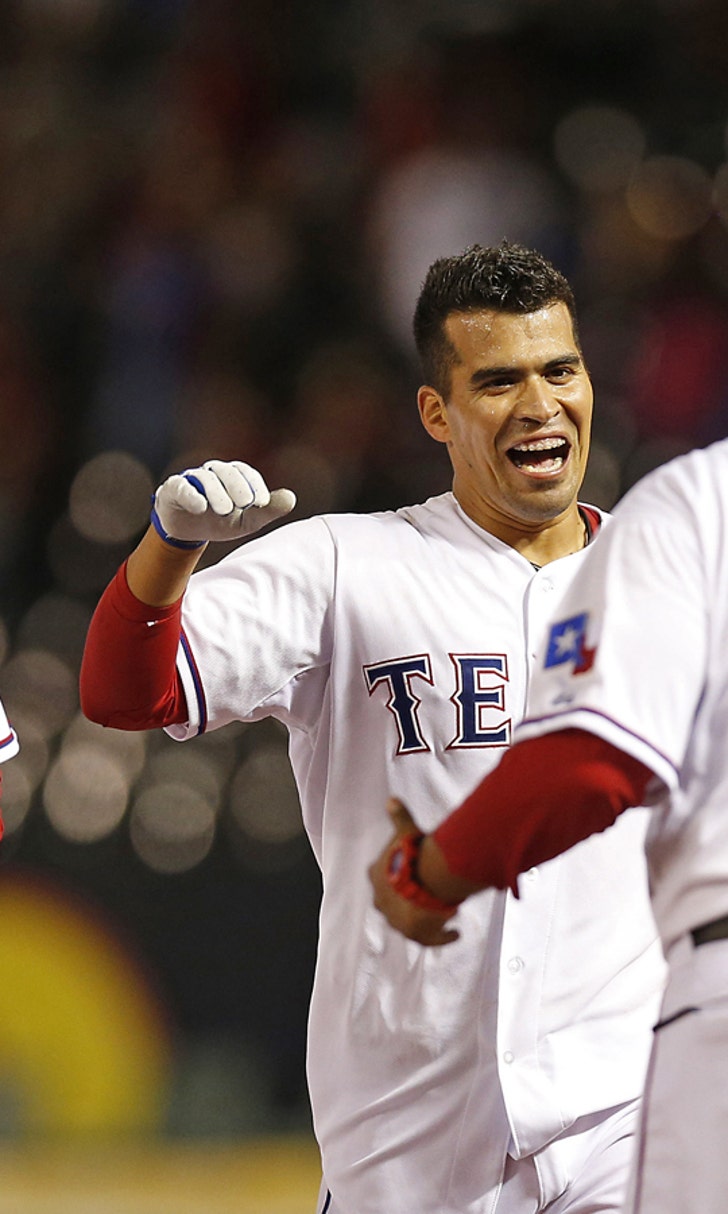 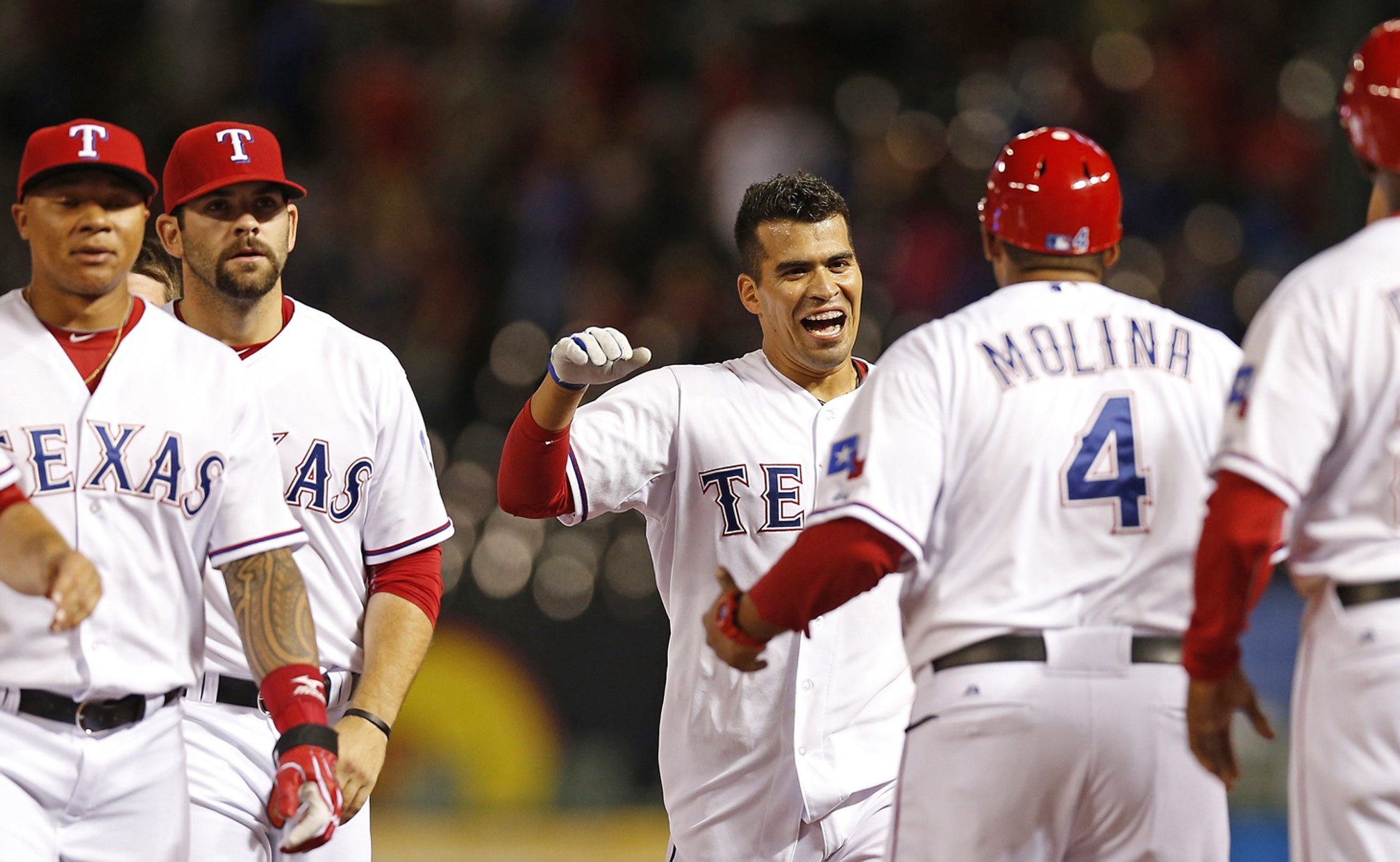 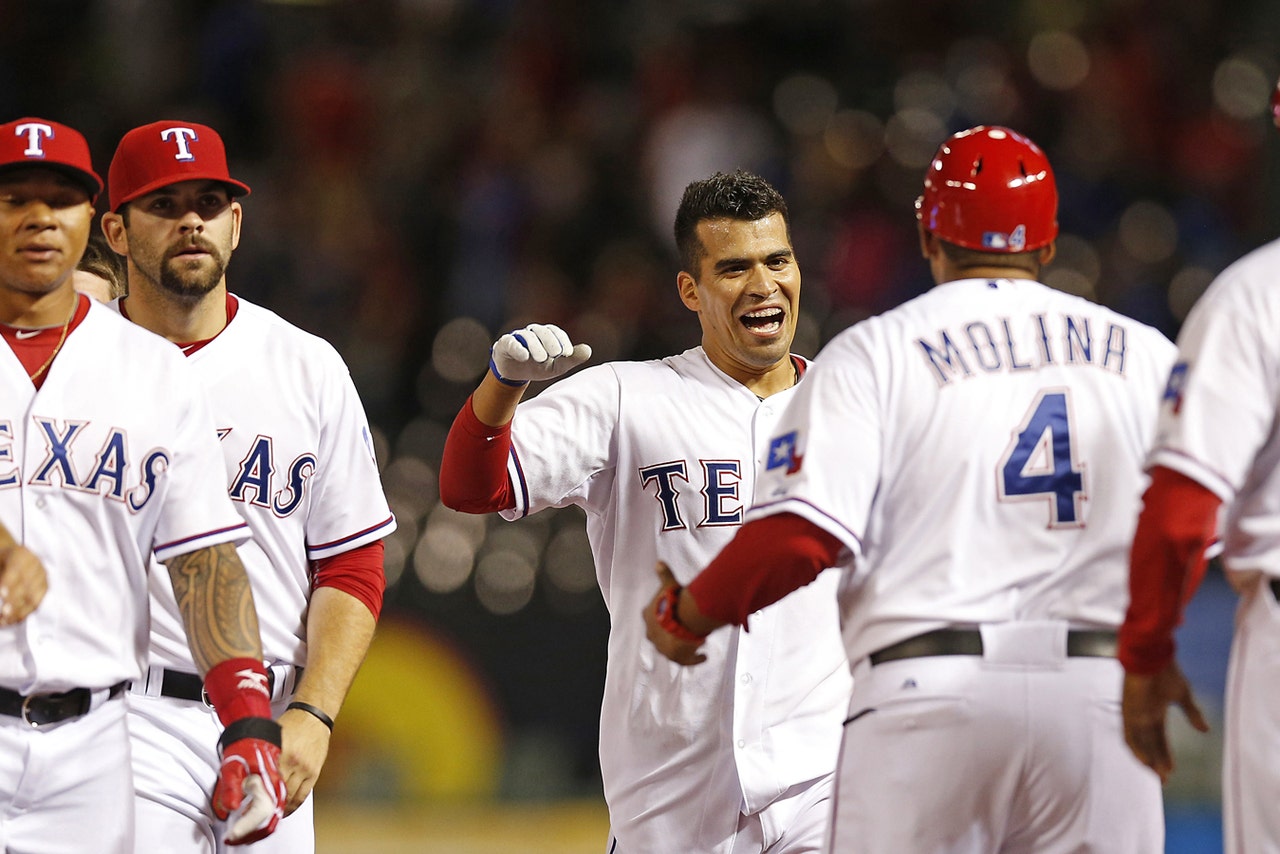 Yu Darvish took a perfect-game bid into the sixth inning, and the Texas Rangers finally finished off the Houston Astros on Robinson Chirinos' RBI single in the 12th inning Friday night.

Darvish retired his first 15 batters before Matt Dominguez singled softly to center, one pitch after Alex Rios nearly caught Dominguez's foul into the right-field corner before running into the padded wall as the ball landed.

Darvish allowed just the one hit and one walk in eight innings with nine strikeouts. He fanned five consecutive batters in the third and fourth innings all swinging. And he pitched despite bleeding from the knuckle of his right thumb in the middle innings.

Darvish came within one out of a perfect game in Houston on April 2 last year, when Marvin Gonzalez grounded a single between the pitcher's legs. He held the Astros hitless in Houston last Aug. 12 before Carlos Corporan's one-out homer in the eighth.

Texas was 0 for 14 with runners in scoring position and had stranded 15 runners before Chirinos' hit off Brad Peacock (0-1).

Kevin Kouzmanoff singled with one out, advanced on a wild pitch and scored on Chirinos' hit to center, ending the game after 4 hours, 11 minutes. Texas left the field with its third straight walkoff win.