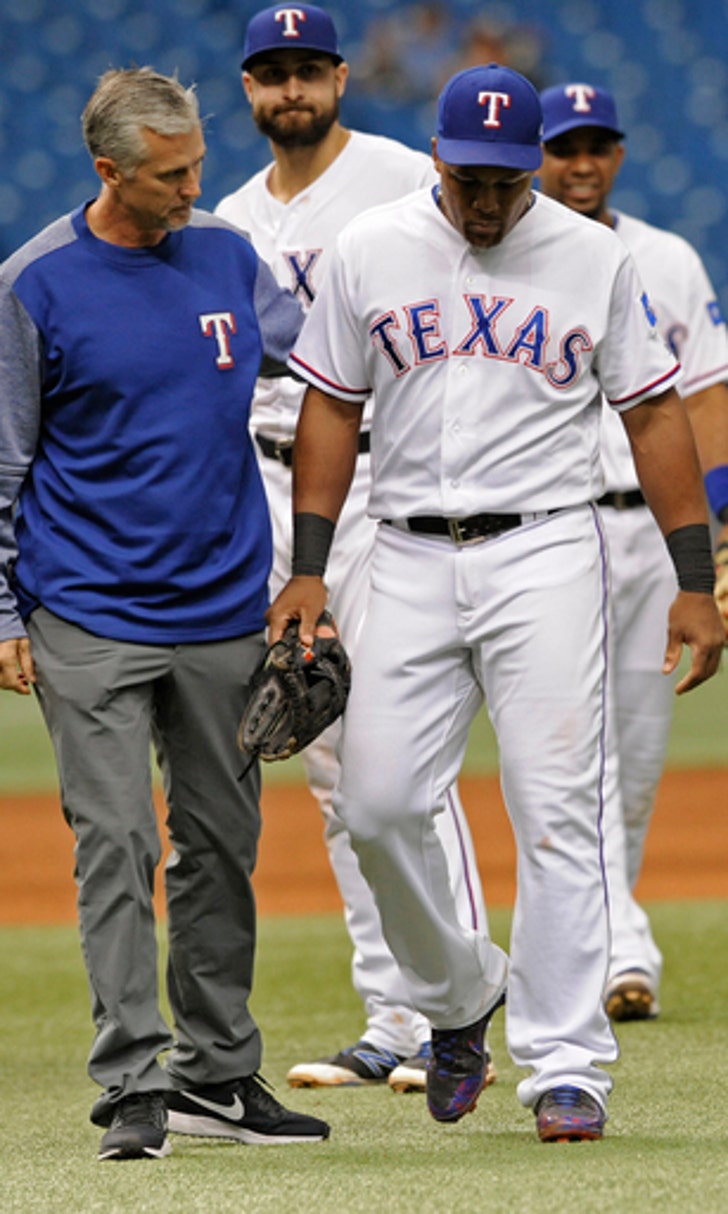 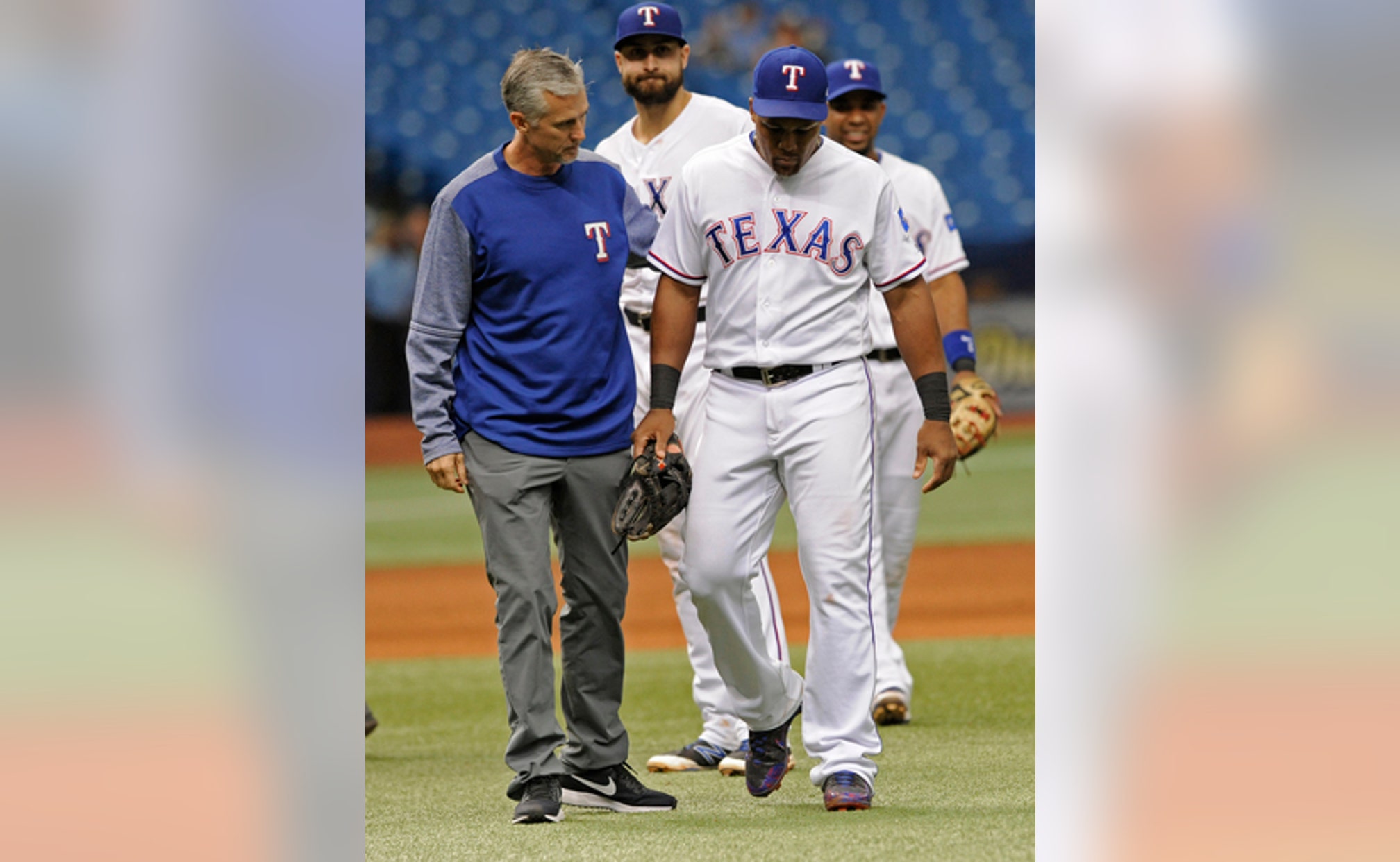 Rangers' Beltre not good with left hamstring; MRI on Friday

ST. PETERSBURG, Fla. (AP) Texas Rangers third baseman Adrian Beltre will have an MRI on Friday to determine the extent of a strained left hamstring that could threaten to end his 20th MLB season only weeks after getting his 3,000th career hit.

Beltre was injured when fielding a slow short hopper in the seventh inning of the Rangers' 5-1 loss to the Houston Astros on Thursday. Beltre took a couple of steps after fielding the ball and it became immediately clear when he hopped up awkwardly without trying to make a throw that something was wrong.

''It's not good,'' a clearly distraught Beltre said afterward about his level of pain.

When asked if he thought he could play, the 38-year-old third baseman responded, ''As of now, I don't think so. ... Let's see what happens tomorrow with the MRI, and then we take a couple of days and see how it goes.''

Beltre missed the first 51 games this season because of calf issues. Beltre has had several leg issues, including missing more than a month during the 2011 season when straining his left hamstring.

In 80 games played since making his debut May 29, Beltre is hitting .315 with 16 homers and 66 RBIs. He became the 31st player in major league history to reach 3,000 career hits when he doubled in a home game July 30 against Baltimore.

This is Beltre's seventh season with the Rangers, and he is signed through next year.

The Rangers (66-67) dropped four games behind for the AL's second wild card after their loss in the series finale against Houston.

''I feel like we're playing so well, got a shot at the postseason, pretty much everybody healthy, playing together. I feel like I'm letting the team down,'' Beltre said. ''It's not like anybody wants to get hurt, but I don't think it's the right time to get hurt now. I was out for a long time. Come back, and I was good enough to help this ball club win some ballgames, and now this. It's a little disappointing.''

With roster expansion starting Friday, there would be no need for Beltre to go on the disabled list.