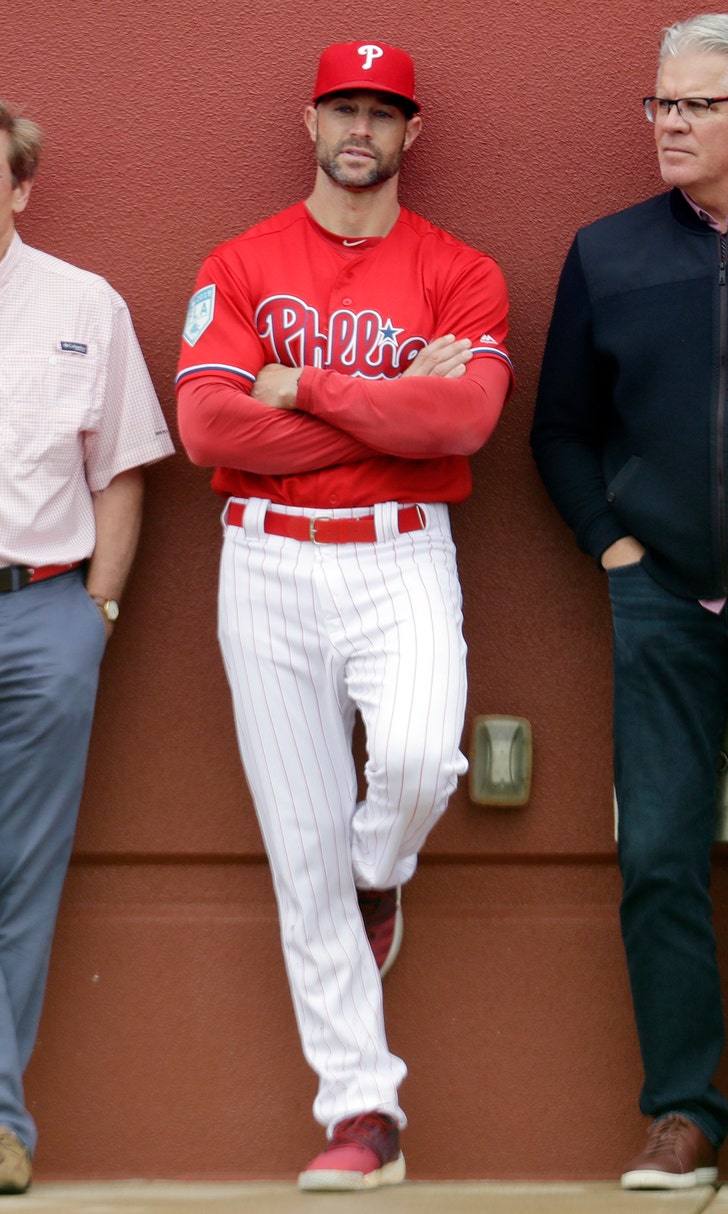 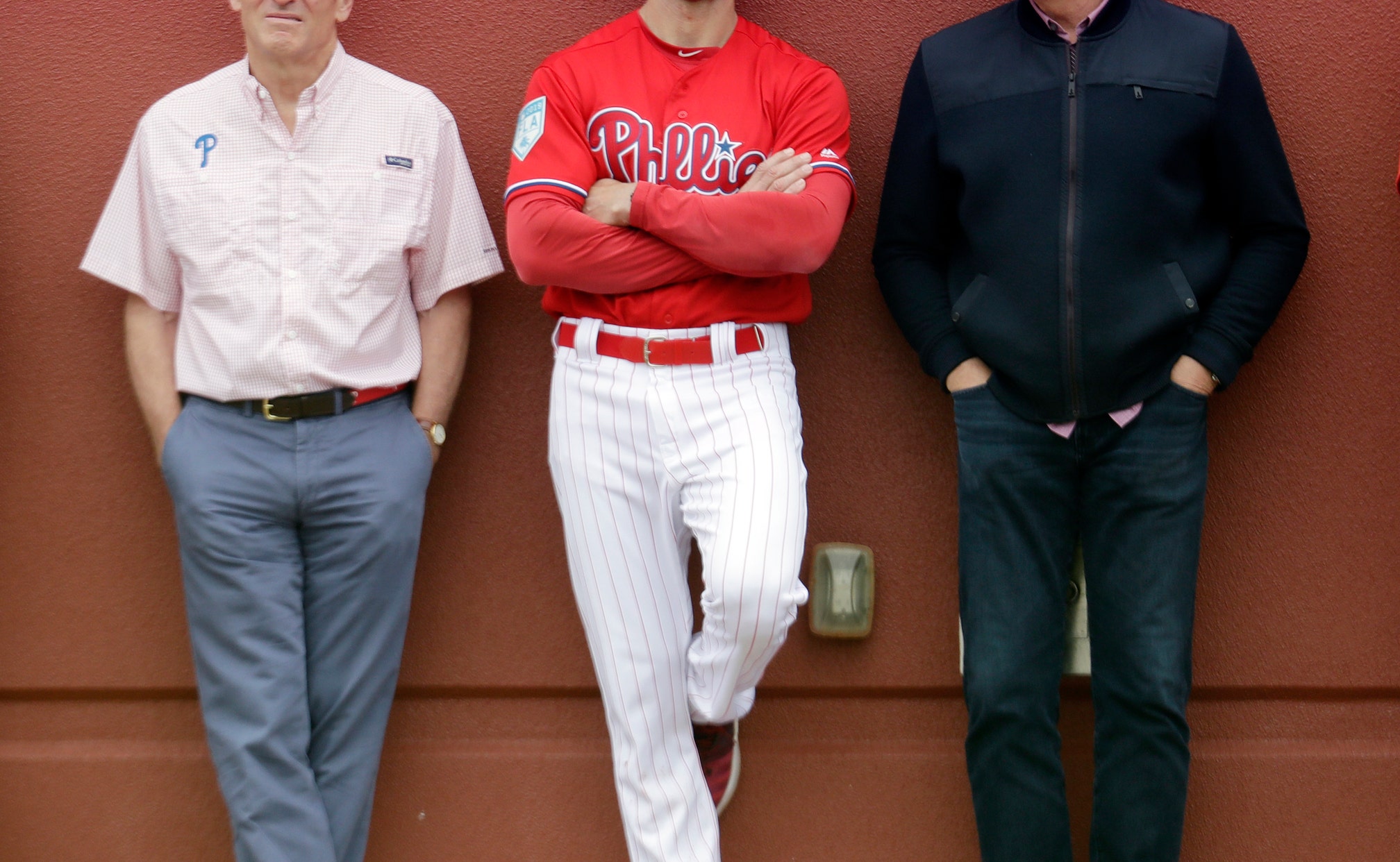 As for adding someone like outfielder Bryce Harper or third baseman Manny Machado, he's not fueling any speculation.

"There's been no shortage of brainpower devoted to trying to size up players that are available to us and what they bring," MacPhail said. "We are uniquely poised right now because they are some great talents out there. They could go to any club and make a significant difference."

MacPhail said the goal is to win immediately and set up the Phillies to have a long window to compete for championships.

"(Owner) John Middleton wants to win, all of our ownership group wants to win," MacPhail said. "Really for that matter all 29 different owners want to win."

"I think the thing that separates John is that if we won this year he'd want to win just as much next year and the year after that. That why it's important to us to make sure we have enough resources to address future as they evolve from year to year to year," he said.

Rhys Hoskins' move from the outfield to first base should help the Phillies improve their defense. Manager Gabe Kapler said the shift likely will help Hoskins produce bigger numbers at the plate.

Hoskins led the Phillies last season with 34 home runs, 38 doubles, 96 RBIs and a .496 slugging percentage. But his defense wasn't nearly at the same caliber, something that Kapler believes weighed on his mind heavily.

"(Hoskins) went through periods of time where he was focused on his defense and sometimes that didn't enable him to focus on his offense," Kapler said. "So now that he's at his more comfortable position at first base I think we're going to see an improved offensive performer."

With newcomer Andrew McCutchen likely to be the Phillies' starting left fielder, Kapler will be looking at several options for the other two outfield spots to see who might emerge.

"There is a competition for playing time in center field and right field," Kapler said. "Odubel Herrera, Roman Quinn, Aaron Altherr and Nick Williams are all in line for reps and are competing to take down the majority of those reps."

"It's going to be good competition," Williams said. "Everyone is going to push the next man to be better and that's a good thing for the team."

The 24-year-old Williams is also excited about the addition of McCutchen to the team and says he wants to soak up all the knowledge the former NL MVP is willing to share.

"I've already told him I might pick his brain all season long," Williams said. "With all the young outfielders it's good to have someone that's done it all — Gold glove, MVP, everything. He's a great teammate as well and a great guy to lean on."

Kapler said he's has a good sense of what the middle of the Phillies lineup will look like with Hoskins, catcher J.T. Realmuto and shortstop Jean Segura all expected to be in those slots.

But Kapler also wants to be flexible with McCutchen, who could bat at the top of the order or anywhere in the top five or six positions. Second baseman Cesar Hernandez has spent the bulk of the last three seasons in the leadoff position.