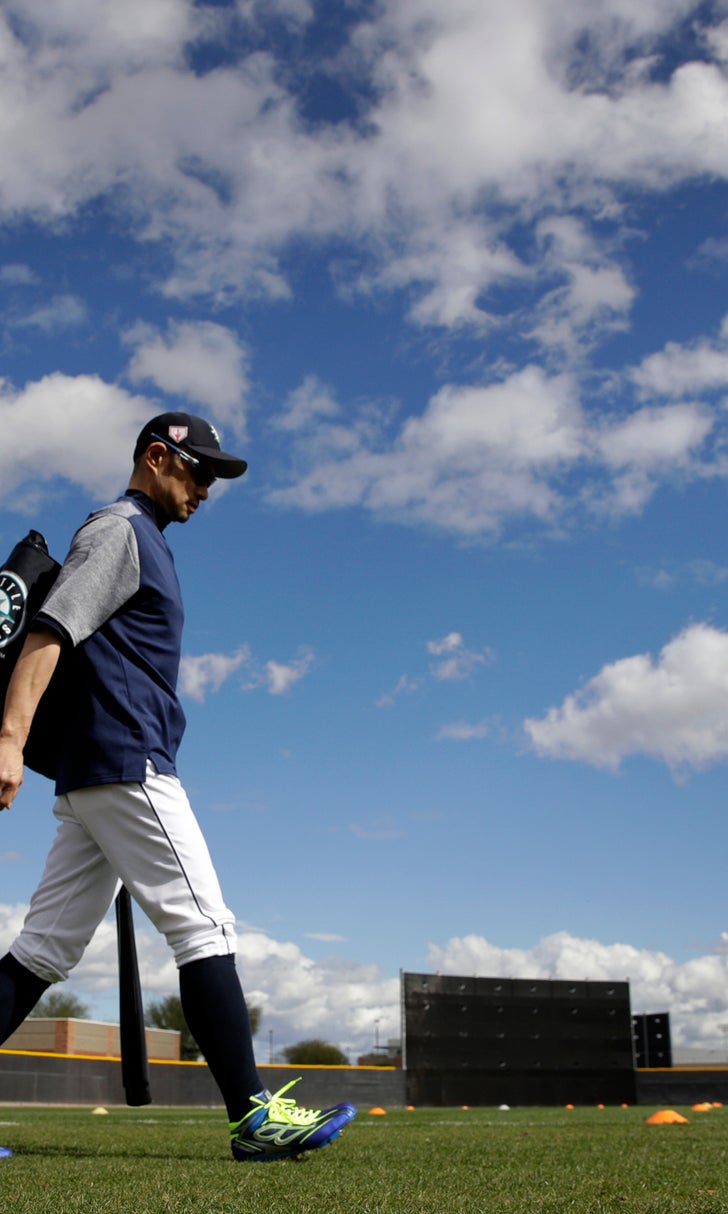 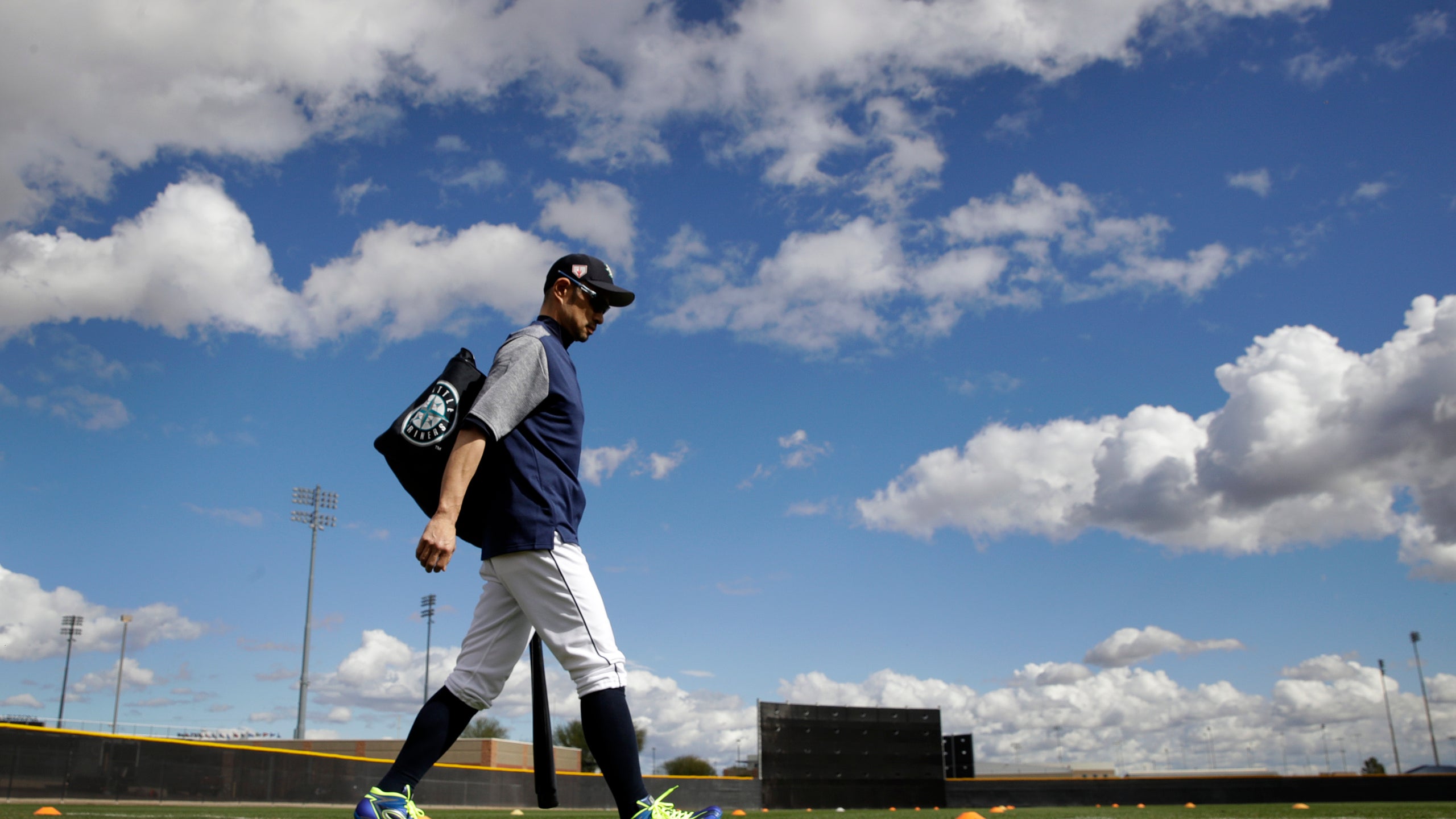 PEORIA, Ariz. (AP) — Ichiro Suzuki fluidly went through a variety of stretches on the floor in the Seattle Mariners clubhouse even before going onto the field. Once outside, he smoothly went through fielding, hitting and baserunning drills.

At 45 and in spring training again, Suzuki is working toward the chance to play for his original major league team in his home country.

"Being able to put on the Seattle Mariners uniform as a player, being here the first day, it is just amazing, it is great," Suzuki said through a translator. "Very satisfied with today and how it went, and I'm just going to take it day by day."

The former MVP and 10-time All-Star outfielder is in camp on a minor league deal after serving in a special assistant's role most of last year when he still worked out with the team. If he's healthy, Suzuki will be part of the Mariners' expanded 28-player roster next month for their season-opening two games in Tokyo against Oakland.

Suzuki, who said he took off only two or three days from working out during the offseason, checked in at camp with only 7 percent body fat.

"He looks unbelievable, like he's prepared every minute of every day to get to this time, and it's probably because he has," general manager Jerry Dipoto said. "He's so focused on his goals, and right now his goal is to make sure that he is on that plane when we leave for Tokyo."

Large groups of fans and Japanese media followed Suzuki everywhere he went during the first workout.

When asked how much he looked forward to the Japan series, Suzuki insisted that he's not yet thinking about that. The player with 4,367 career hits — 3,089 in the 18 big league seasons and 1,278 in nine seasons in Japan before that — is focused on his daily work.

"I think a 45-year-old baseball player really shouldn't be thinking about the future. It's about today," said Suzuki, who would be MLB's active career hits leader if he's on the big league roster, seven more than Albert Pujols since Adrian Beltre retired after last season with 3,166 hits.

After the Japan series, it is unclear where or even if Suzuki would fit into a team that is in a rebuild mode with a focus on younger players, and 34 newcomers for the start of camp. And there will be three fewer roster spots after those first two games against the A's.

No matter what happens, Suzuki said the Mariners uniform would be the last he will wear in the big leagues.

Dipoto said the team is set with its primary outfielders— Mitch Haniger, Domingo Santana and newcomer Mallex Smith — along with veteran newcomer Jay Bruce, who is expected to float between the corner outfield spots, first base and designated hitter. While Smith is dealing with some right elbow discomfort, manager Scott Servais said the issue isn't serious.

"Today I was talking to Jay Bruce and found out that he's 31," Suzuki said. "He's 14 years younger than me. I was pretty shocked about that."

The Mariners also have Yusei Kikuchi, a 27-year-old rookie from Japan who relishes the opportunity to play with the outfielder he watched growing up.

"One of my goals when I turned pro as time went by was that one day that I would play with players that were kids when I was still playing," Suzuki said. "And right now I'm at the point I'm playing with guys that were in grade school when I was playing here. That was more of a goal that I had, so I think through those years working hard and being able to be where I am today definitely gives me satisfaction."

"He'll have as much energy, if not more, than the rest of the guys. It's just how he's wired," said Servais, the manager only six years older than Suzuki. "He's always ready. Our young players are going to be blown away, like this guy is how old, how long has he been doing this. That's why he's the greatest. He's awesome."