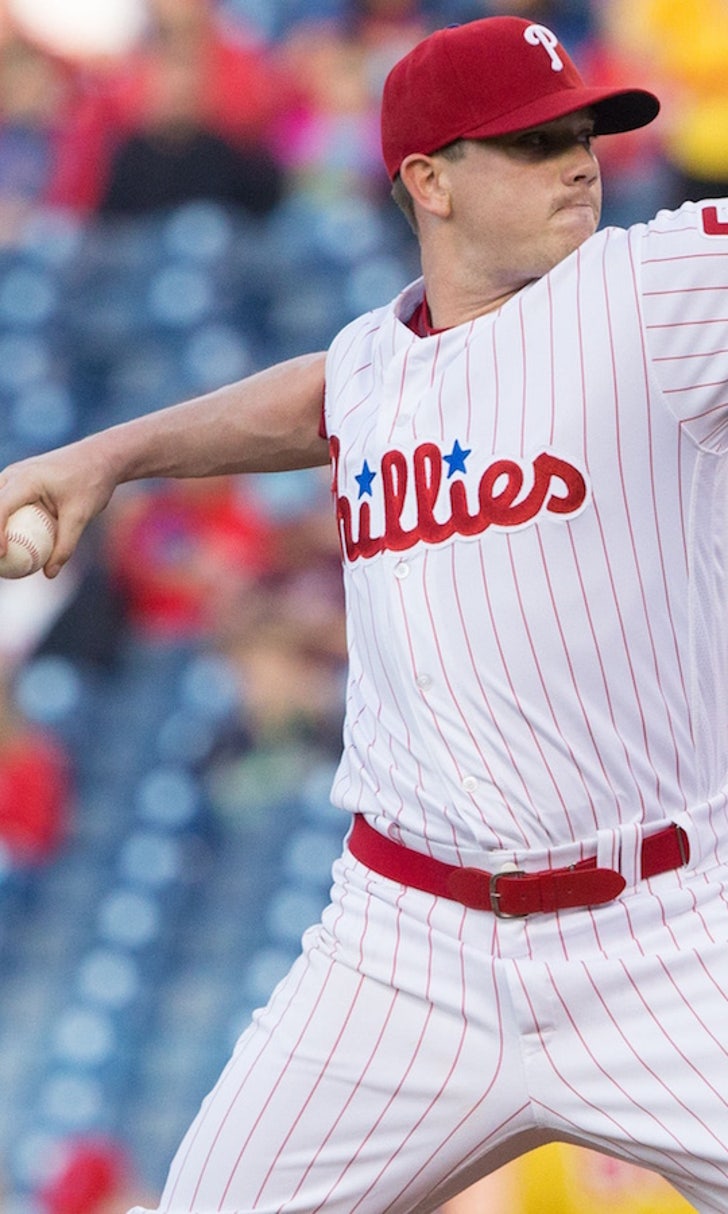 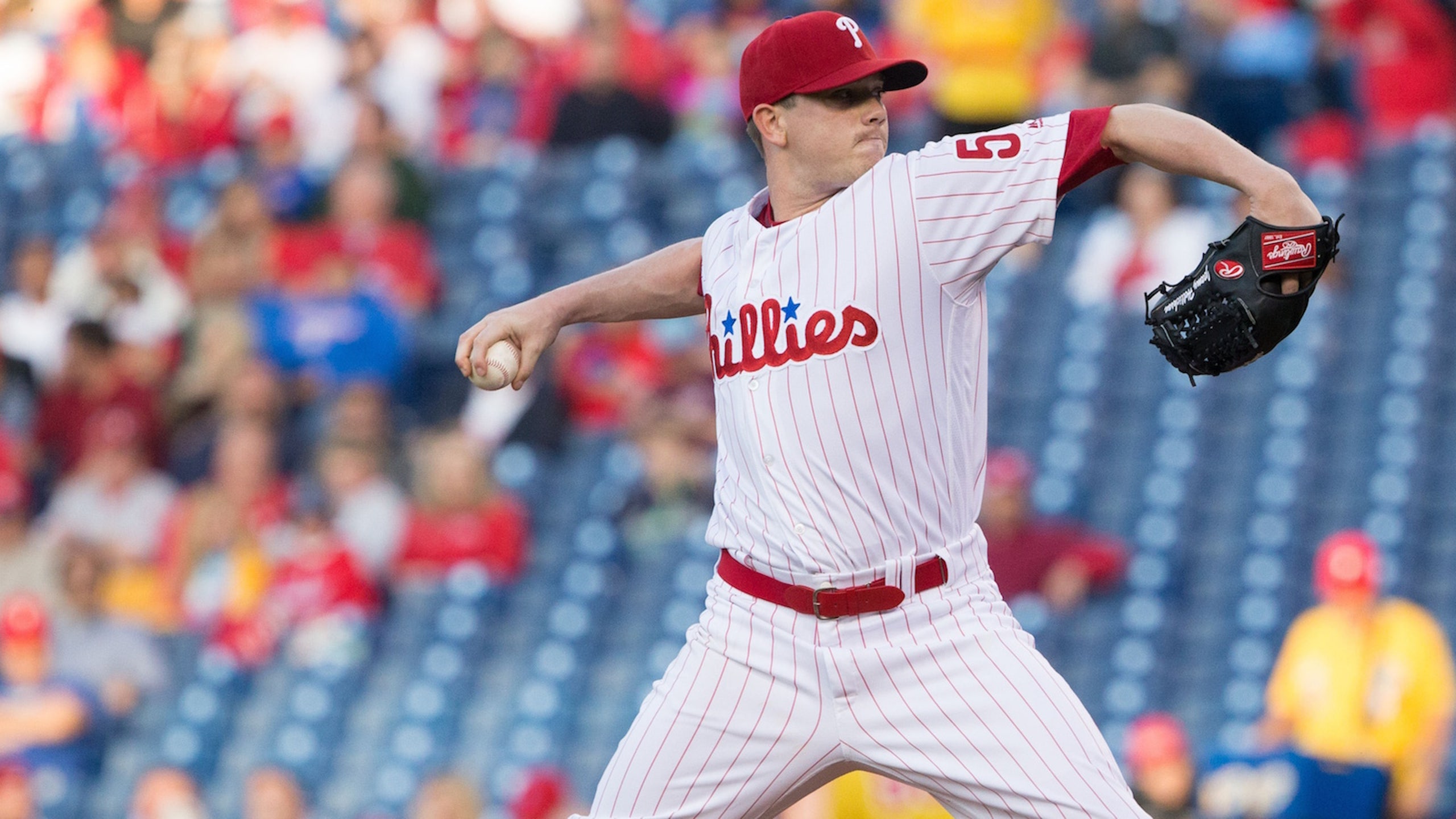 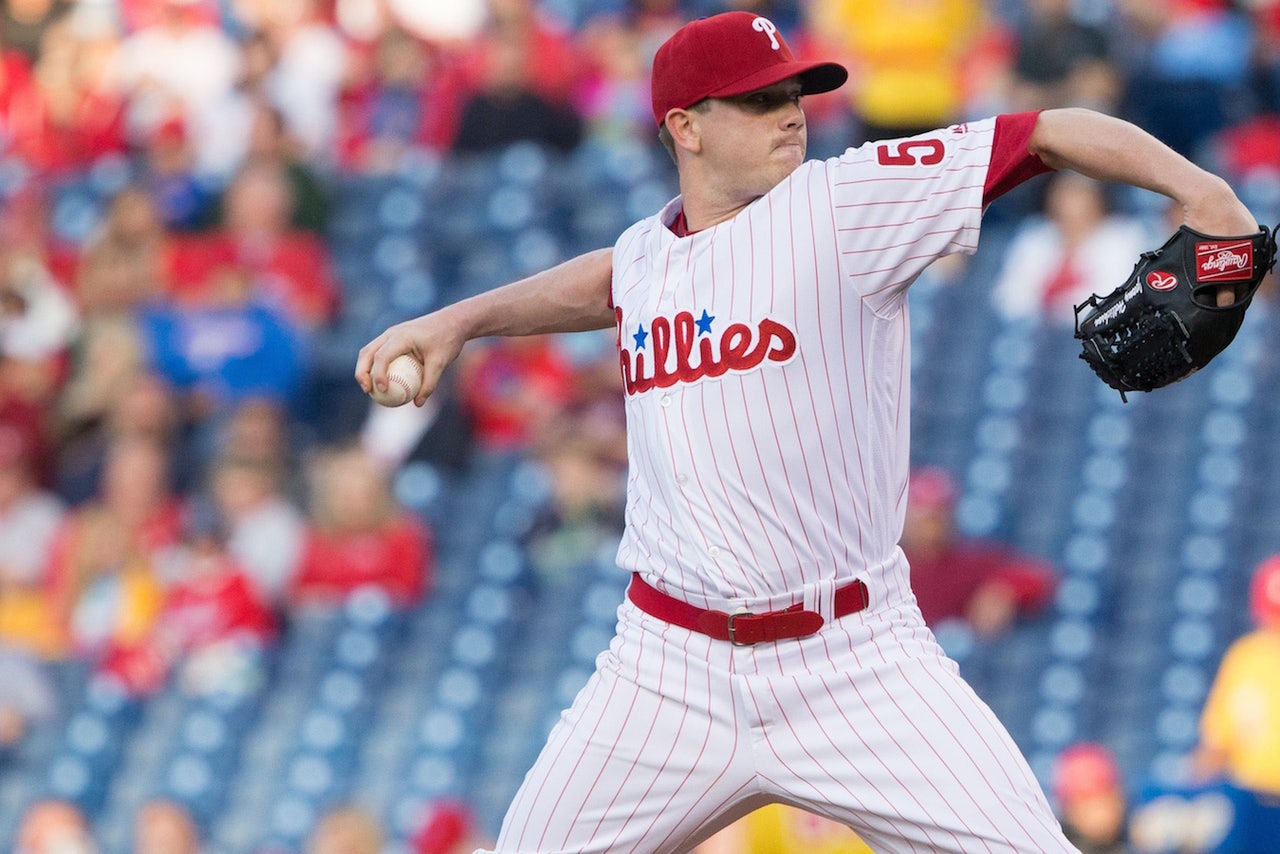 PHILADELPHIA (AP) Small ball has been a winning formula for the surprising Philadelphia Phillies.

Jeremy Hellickson struck out nine in seven innings and drove in the go-ahead run on a suicide squeeze, helping the Phillies beat the Cincinnati Reds 3-2 on Friday night.

The Phillies were supposed to be in rebuilding mode after losing 99 games last season. Instead, they're 21-15 mostly because they're doing the little things right and winning close games.

''We have to play small ball,'' manager Pete Mackanin said. ''We don't have the pop to wait for a three-run homer. We have to take what we can.''

The Phillies snapped a seven-game losing streak against the Reds with their fifth win in the past six games. They also improved to 13-3 in one-run games.

Phillies rookie Tyler Goeddel hit his first career triple in the fourth, tying it at 2. His sharp liner down the right-field line drove in Carlos Ruiz and Tommy Joseph after both reached on walks. Goeddel scored the go-ahead run on Hellickson's perfect bunt in front of the plate.

''I've been struggling to get those down the last few games,'' Hellickson said. ''I was just trying to get it down, not be too perfect.''

The Reds went ahead in the second inning when Goeddel dropped Tucker Barnhart's fly ball down the left-field line, allowing two runs to score with two outs.

The Phillies moved six games over .500 for the first time since finishing the 2011 season with a franchise-record 102 wins. The Reds dropped to 14-21 with their fourth loss in five games.

The Phillies had three different players reach safely on bunt singles to go along with the squeeze.

WELCOME TO THE MAJORS

Joseph was called up from Triple-A Lehigh Valley, batted sixth and played first base. He struck out twice and walked. Darin Ruf was sent to Triple-A to make room for Joseph, who revived his career after it was derailed by concussions. Joseph, who was acquired from San Francisco for Hunter Pence in 2012, moved from catcher to first base and earned a promotion after hitting .347 with six homers and 17 RBIs at Lehigh Valley.

Reds pitcher Ross Ohlendorf was suspended three games by Major League Baseball for throwing at Pittsburgh's David Freese this week after warnings had been issued. Ohlendorf appealed the punishment, and is available to pitch until there is a final resolution. Manager Bryan Price was suspended one game and fined. Bench coach Jim Riggleman managed the club in Price's absence.

Reds: OF Billy Hamilton was placed on the bereavement list. INF/OF Jose Peraza was recalled from Triple-A Louisville.

Phillies: INF/OF Cody Asche started a rehab assignment at Single-A Clearwater. Asche has been sidelined by a right oblique strain since spring training.

RHP Tim Adleman (1-0, 2.45 ERA) goes for the Reds while RHP Aaron Nola (2-2, 3.13 ERA) starts for the Phillies on Saturday night. Adleman makes his third career start. Nola gave up one run in seven innings in his only outing vs. Cincinnati.