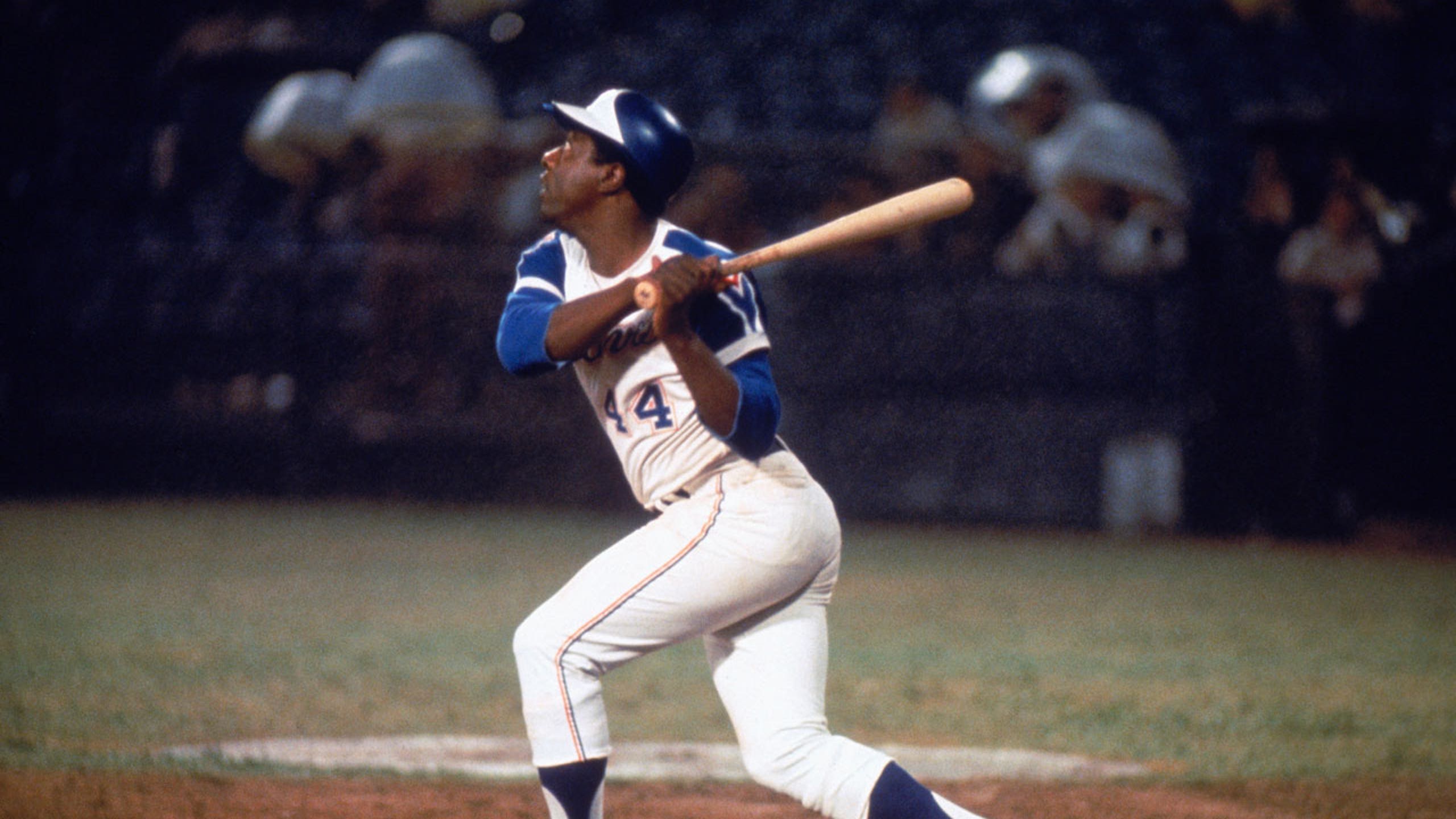 Baseball has lost another of its legends, as onetime home run king Henry "Hank" Aaron died Friday morning at the age of 86.

"Hammerin' Hank" is perhaps most famous for breaking Babe Ruth's record for most home runs in baseball history. On April 8, 1974, Aaron blasted his 715th career homer – and as he rounded the bases, two fans ran onto the field to celebrate with him.

Rob Parker, who is a Fox Sports contibutor and BBWAA member who has covered MLB since 1986, recalls how that singular moment still resonates with him to this day.

"To this day, I still get chill bumps every time I hear the replay of Hank Aaron’s 715th home run to pass Babe Ruth and become the MLB all-time HR king. It was a magical moment in my world and a significant moment in Black America."

Aaron didn't always receive congratulations for his accomplishments, however. He faced racism throughout his career, and he shared many of those accounts in his autobiography. In fact, Aaron was victim of numerous death threats as he closed in on Ruth's record.

But his humanity and skill were undeniable. Muhammad Ali famously called him "the only man I idolize more than myself."

Aaron played the first 21 years of his MLB career with the Braves franchise, starting in Milwaukee before the team's move to Atlanta. He capped his time in baseball with two years back in Milwaukee as a member of the Brewers.

Aaron finished his career with 755 home runs and a .305 batting average. He is first in MLB history in RBIs, total bases and extra-base hits, second in home runs, and third in hits. He was inducted into the Baseball Hall of Fame on Aug. 1, 1982.

When news of Aaron's death broke Friday, the sports world celebrated his life, mourned his passing and remembered his legendary career.

Rites Of Spring Training
MLB analyst Ben Verlander has been through spring training five times. He explains what really goes on in the clubhouse and on the field.
3 days ago
those were the latest stories
Want to see more?
View All Stories
Fox Sports™ and © 2021 Fox Media LLC and Fox Sports Interactive Media, LLC. All rights reserved. Use of this website (including any and all parts and components) constitutes your acceptance of these Terms of Use and Updated Privacy Policy. Advertising Choices. Do Not Sell my Personal Info