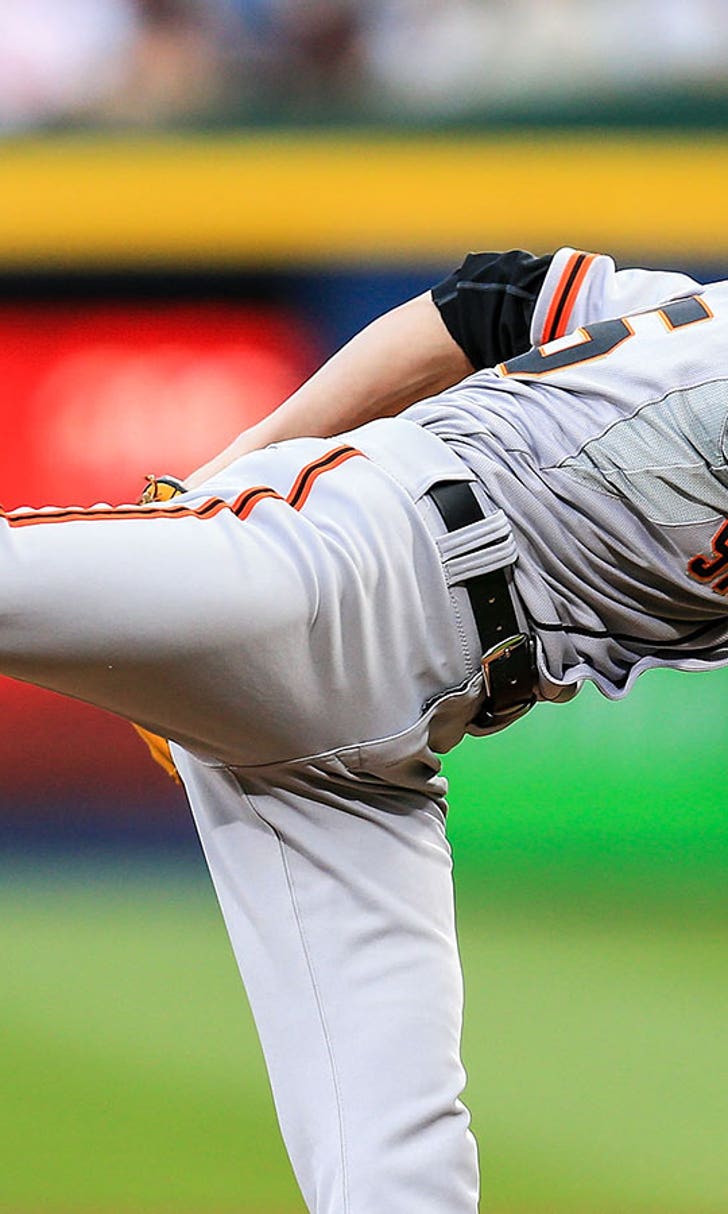 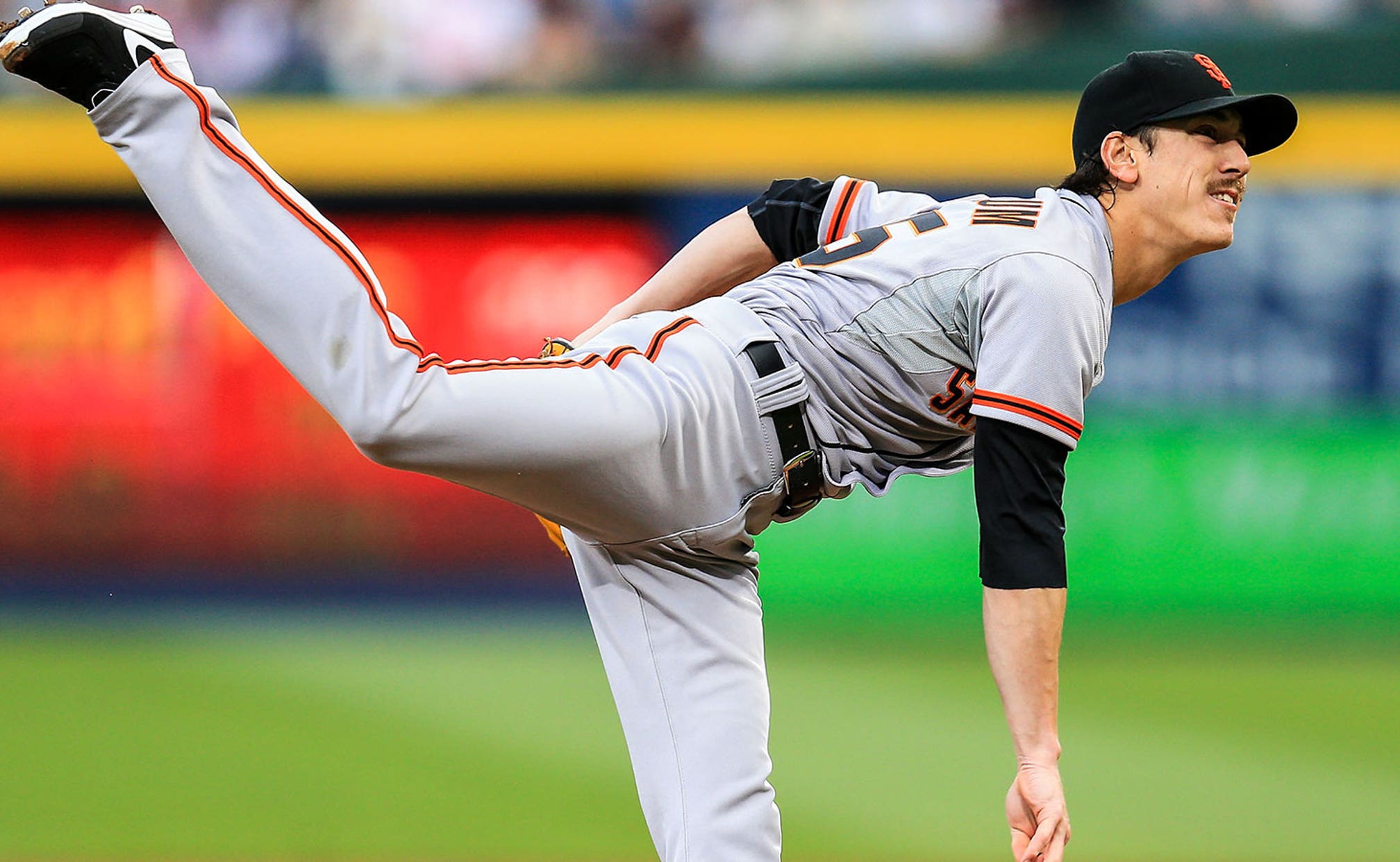 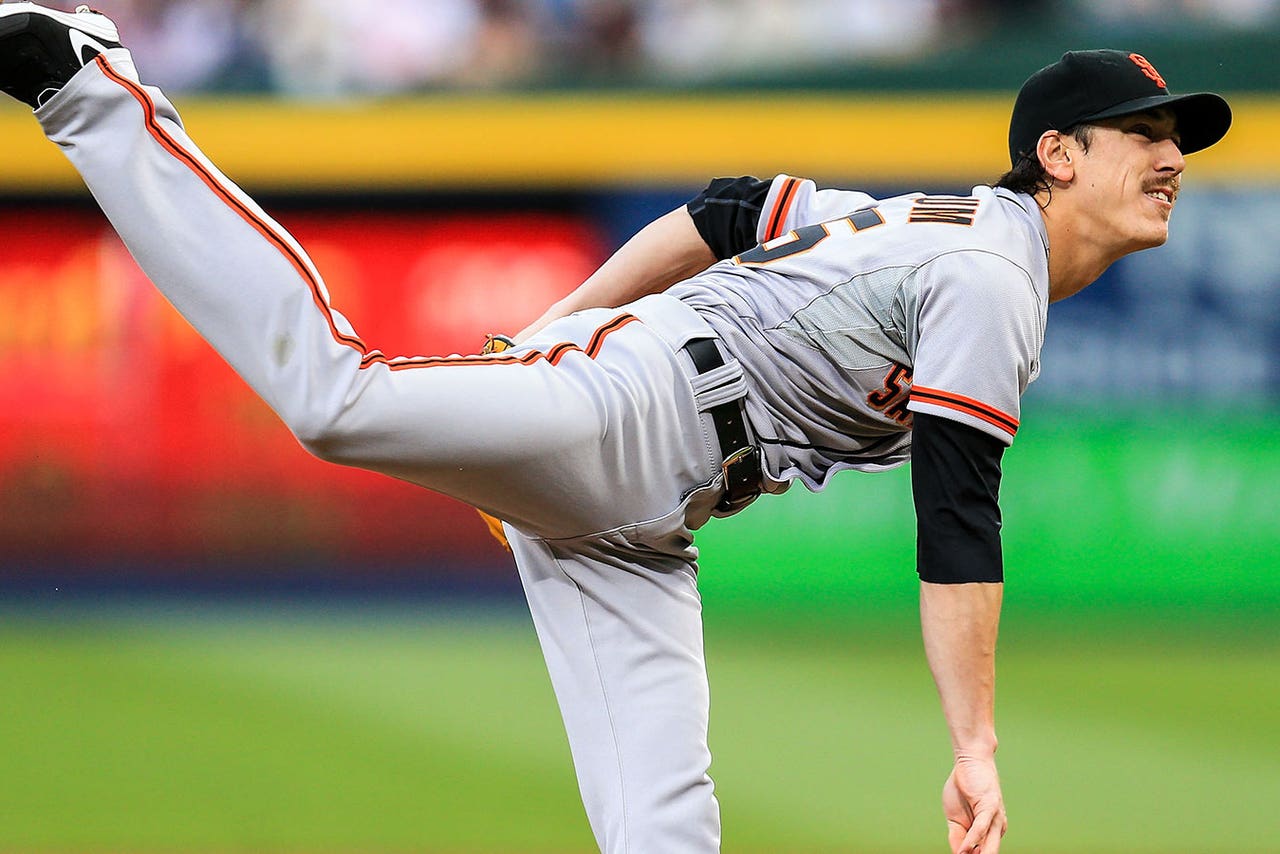 ''I've always done OK against these guys'' he said, ''so I was just trying to take that out there today, a positive mindset.''

After missing the first month of the season with left shoulder tendinitis, Minor (0-1) allowed seven hits, two runs, no walks and struck out four.

He trailed 1-0 when Pagan led off the game with his third homer and was down 2-1 in the sixth after Morse added his seventh homer.

Lincecum (2-1) gave up six hits and three walks with four strikeouts and kept Braves hitters off balance by keeping his pitches low in the strike zone and added a sharp curveball and slider.

Though Lincecum's ERA still stands at 5.12 this season, San Francisco has won his past four starts, and the right-hander is 3-0 with a 2.91 ERA over that span.

The two-time Cy Young Award winner improved to 8-6 with a 2.89 ERA in 14 career starts against the Braves.

Lincecum had problems in the fifth by walking leadoff hitter Gerald Laird, who advanced on Jason Heyward's single and scored from second on Freddie Freeman's RBI single.

But that was all the damage Atlanta's offense could muster.

San Francisco's bullpen, which leads the majors with a 1.98 ERA, continued its stingy work.

Santiago Casilla, the third Giants pitcher, struck out Chris Johnson with runners on first and second to end the seventh. He faced the minimum in the eighth, lowering his opponents' batting average against right-handers to .162 in 37 at-bats.

Closer Sergio Romo earned his eighth save in eight chances in an adventurous ninth. After retiring pinch-hitter Evan Gattis and Heyward on groundouts, Romo gave up B.J. Upton's single and walked Freeman.

''It's always a battle, especially against him,'' Romo said. ''He always digs in there and takes good swings. I was able to win this battle. I definitely expect to have another with him.''

Minor continued his troubles with the long ball. He gave up four homers in his last rehab start for Double-A Mississippi on April 25 and has allowed nine homers in his past seven big-league starts dating to last Aug. 31.

Even so, his return could boost a Braves rotation that lost Kris Medlen and Brandon Beachy to season-ending elbow surgeries during spring training.

Minor, Atlanta's leader in innings pitched the past two years, began the night 19-13 in 46 starts since the 2012 All-Star break and had a 2.90 ERA that ranked fourth in the majors over that span.

Minor said he left the ball over the middle of the plate on Pagan's homer, but that wasn't the case on Morse's.

NOTES: Giants RHP Tim Hudson, who won his 200th career game in Atlanta last year, is glad his next turn in the rotation is Tuesday at Pittsburgh. ''I had nine wonderful years here,'' Hudson said. ''It was a dream come true. I'm kind of glad I'm not pitching here. It would be a little weird.'' Hudson is 4-1 with a 2.17 ERA in six starts this year. ... In a deal announced earlier in the day, Johnson and the Braves agreed to a $23.5 million, three-year contract covering 2015-17. ... RHP Gus Schlosser was optioned to Triple-A Gwinnett to make room for Minor on the 25-man roster. ... Minor's return has moved RHP David Hale to the bullpen.

World Series Top Plays: Game 3
The Dodgers and Rays both take the field for Game.3 of the World Series. Stay up to date here with the best plays of Game 3.
1 hour ago

World Series Enters Pivotal Stage
Drama. Redemption. A sudden shift in momentum. Martin Rogers breaks down the series with Nick Swisher as it heads to Game 3.
4 hours ago

World Series Top Plays: Game 2
Check out the top plays from Wednesday night's Dodgers-Rays matchup, as Tampa Bay got right back into the 2020 World Series.
2 days ago
those were the latest stories
Want to see more?
View All Stories
Fox Sports™ and © 2020 Fox Media LLC and Fox Sports Interactive Media, LLC. All rights reserved. Use of this website (including any and all parts and components) constitutes your acceptance of these Terms of Use and Updated Privacy Policy. Advertising Choices. Do Not Sell my Personal Info