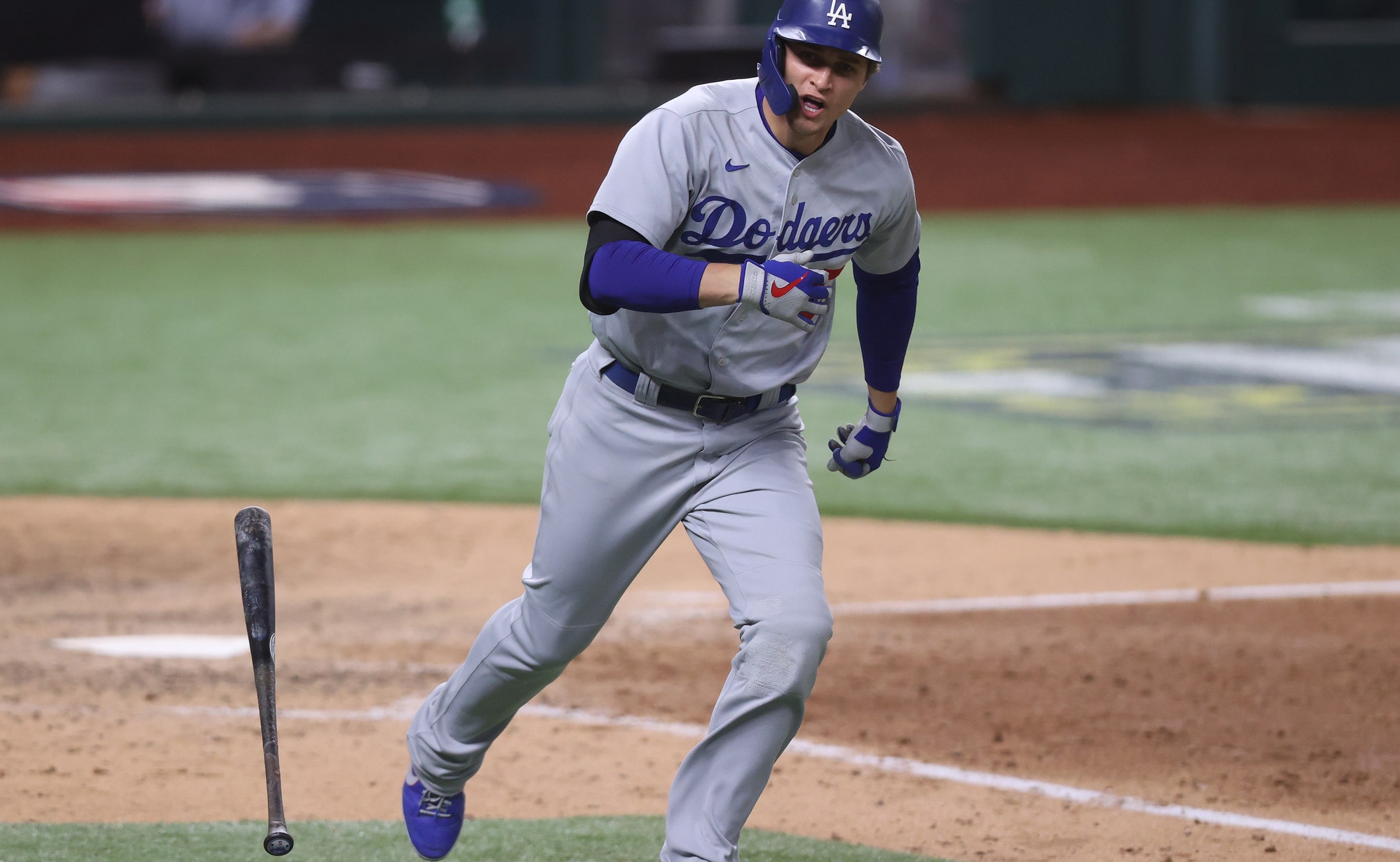 The Los Angeles Dodgers will live to fight another day.

After scoring only two runs in Game 4 against the Atlanta Braves, the Dodgers offense woke up in Game 5, leading to a 7-3 win.

Here are 3 takeaways from this NLCS matchup.

1. Corey Seager is on fire

There have been plenty of players who have stepped their games up this postseason in the American and National League, but it's hard to imagine there is anybody playing better than Corey Seager right now.

The Dodgers shortstop bounced back from a hitless Game 4 to deliver in a major way in Game 5, batting 2-for-4 with two home runs and three RBIs.

For the series now, Seager is batting .400 with four home runs and 10 RBI's, firmly establishing himself as the Dodgers' most dangerous bat.

2. This is a story all about how the score got flipped turned upside-down

With L.A. trailing 2-1 in the top of the sixth inning, the Dodgers and Braves made history with two players facing each other in the MLB playoffs with the same name for the first time.

Dodgers catcher Will Smith stepped up to bat against Braves relief pitcher Will Smith, and the Dodgers' Smith came out victorious in this mirror match in a major way.

With two runners on base, this home run put the Dodgers up 4-2, giving them the lead that they wouldn't relinquish the rest of the game.

And the internet had some fun with the moment.

Acuna is one of the most exciting young players in baseball, with big time talent and even bigger personality.

But so far in the NLCS, that ability has been supressed by the Dodgers. In Game 5, Acuna Jr. struggled once again, batting 0-for-4 and going hitless for the third time this series.

In fact, Acuna Jr. has only had one game this series where he found any sustained success, Game 4, where he hit 2-for-4. In all other games this series, Acuna Jr. is batting a combined 1-for-13, and overall he is now batting just .176 against the Dodgers.

The Braves are still in control of this series, holding a 3-2 lead, but it wouldn't hurt their chances of advancing to the World Series if Acuna Jr. has another big game in him.

Best Of Game 3 Watch Party
Justin Verlander stopped by to talk Game 3 with the squad, plus the real story behind Verlander's $1 million breakfast.
17 hours ago

World Series Top Plays: Game 3
From Walker Buehler's lights-out night to the Dodgers' mashing at the plate, check out the best moments from Game 3.
17 hours ago