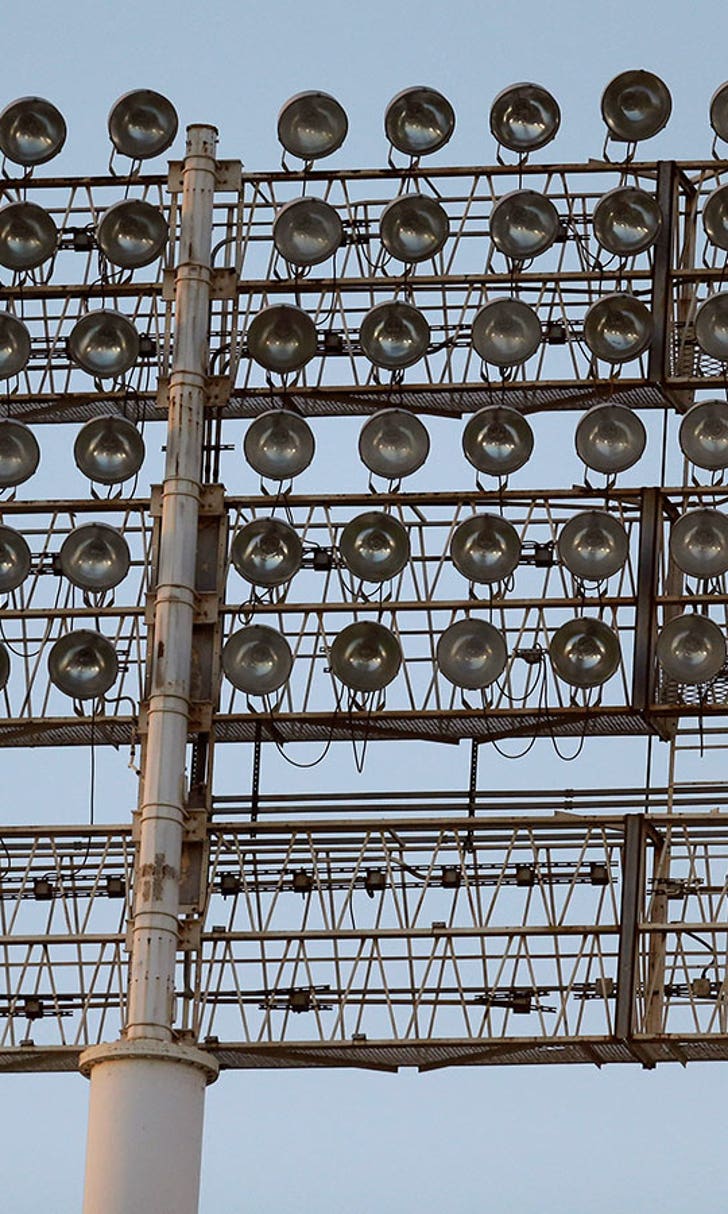 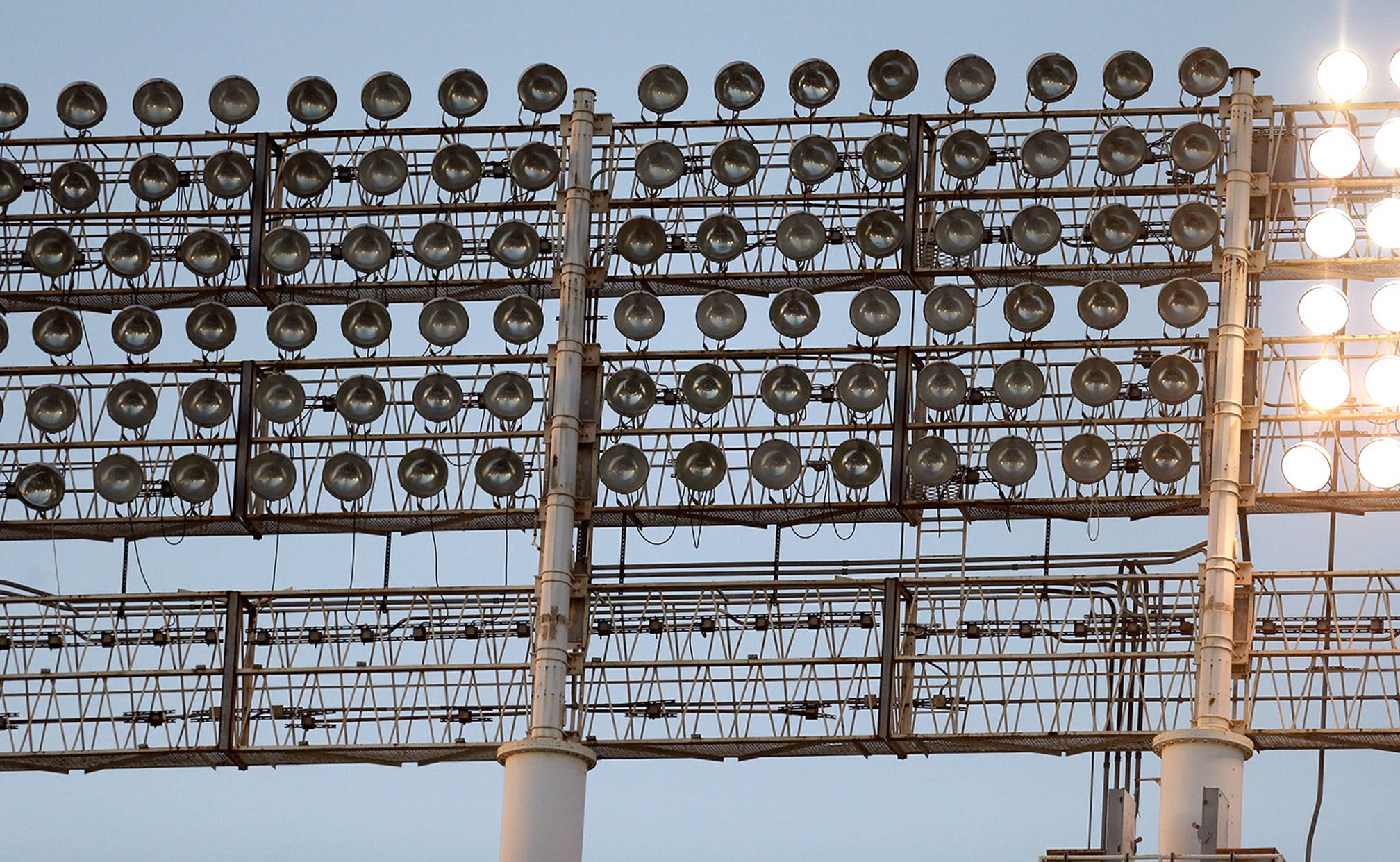 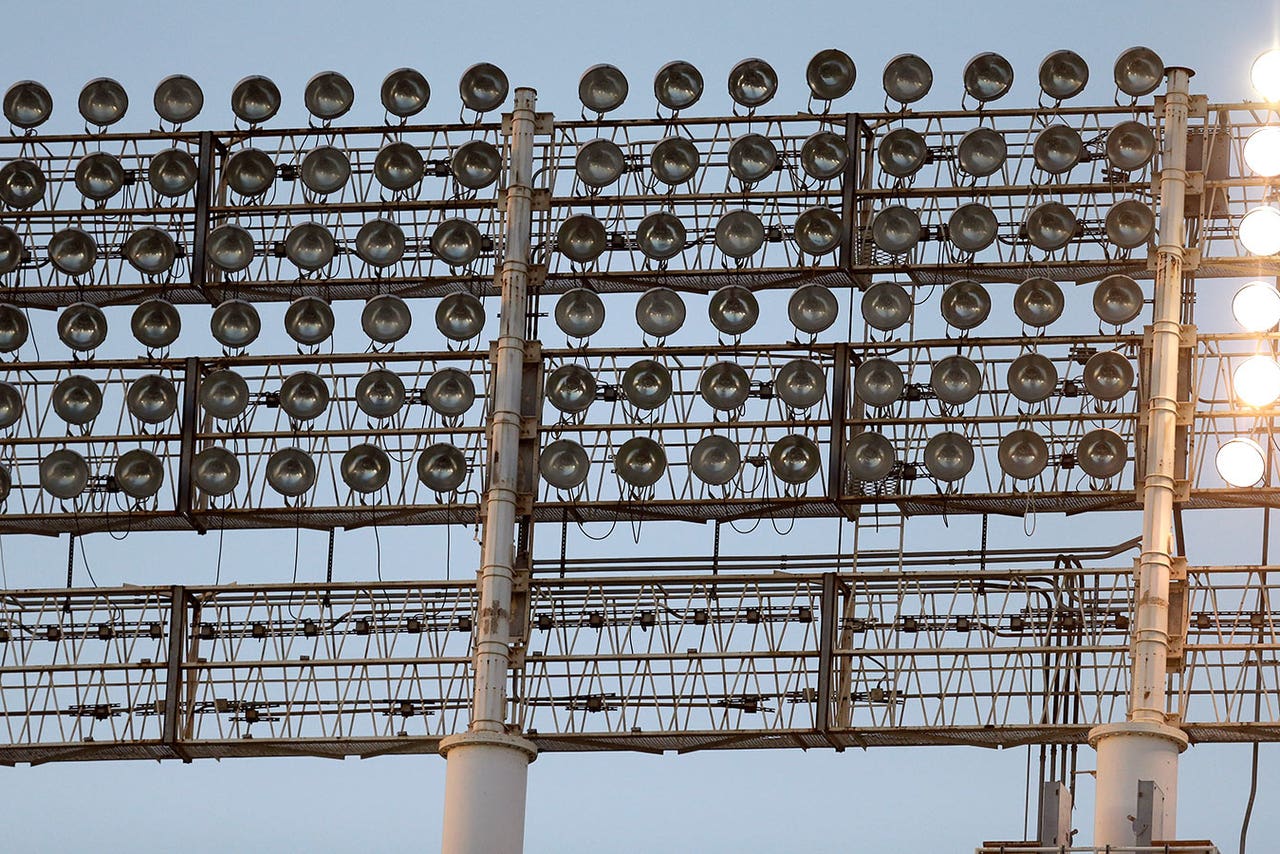 OAKLAND, Calif. — After sewage backups, toilet overflows and foul smells surfaced the past two years, nothing at the Oakland Coliseum surprises the home team anymore.

Eric Sogard drove in two runs and threw out a runner at the plate, Scott Kazmir pitched another gem and the Oakland Athletics stayed focused after a delay caused by a malfunction with the outfield lights to beat the New York Yankees 5-1 on Saturday night.

''That's the Coliseum for ya,'' Sogard said. ''That's why we love this place. Never know what you're gonna get.''

The game was stopped for 38 minutes in the middle of the fourth inning because of an outage to the panel of lights above left field. Players from both sides said that the lights never initially turned on.

The A's said the circuit breaker turned off and had to be manually reset.

''Maybe some carry over from Friday the 13th the night before. I don't know,'' A's manager Bob Melvin said.

New York's four-game winning streak ended because of its own errors. Two passed balls by backup catcher John Ryan Murphy, who was inserted in the lineup after Mark Teixeira was scratched with what he called a spasm in his midback, helped Oakland score twice in the fifth.

But the delay surely didn't help Hiroki Kuroda (4-5), who compared the stoppage to a rain delay. He allowed four runs and five hits in 4 2/3 innings. That included a perfect fourth after the delay before he lost his rhythm in the fifth — and so did his catcher.

''The fact that I couldn't protect (the lead) was really frustrating,'' Kuroda said.

Kazmir (8-2) allowed one unearned run and three hits in six innings for his third consecutive win. Dan Otero pitched two perfect innings before Sean Doolittle closed out the Yankees in the ninth.

Kazmir stayed warm in the clubhouse during the delay and then threw a simulated inning in the bullpen, which wrapped up just as the lights came back on.

''It worked out perfectly,'' Kazmir said.

Brian McCann was switched from catcher to first base after the Yankees took Teixeira out about 30 minutes before the game. Murphy moved into the catcher's spot.

After being held out of Friday night's game to rest his sore right ankle, Sogard came through at the plate and in the field.

Sogard lined a two-out, two-run single to center to give the A's a 2-0 lead in the second, and he cut down Kelly Johnson at home after fielding a grounder by Jeter in the fifth.

New York scored its only run in the third when shortstop Andy Parrino sailed his throw to first on Derek Jeter's grounder. Parrino got the run back when he hit an RBI double in the sixth.

But the latest maintenance issue at Oakland's dual-purpose ballpark overshadowed the Kazmir's latest gem and anything else the A's did on the field.

The aging Coliseum, which is shared with the NFL's Oakland Raiders and is the only stadium in the country still home to teams from both leagues, has had multiple plumbing problems the past two years. The A's have been trying for years to move to a new ballpark, including in San Jose, which the San Francisco Giants contend is part of their territory.

The A's are in the process of negotiating a new lease at the Coliseum, which opened in 1966, though it's unclear what — if any — facility upgrades will be included in a potential deal.

Josh Donaldson was ejected for arguing with plate umpire Hal Gibson at the end of the seventh inning. Donaldson is in an 0-for-31 skid after going hitless in all four plate appearances. ... Yankees CF Jacoby Ellsbury had his 17-game hitting streak snapped after going 0 for 3 with a walk. ... Yankees 2B Brian Roberts (sore right knee) sat out and DH Carlos Beltran had the day off. ... The Yankees send lefty Vidal Nuno (1-4, 4.97 ERA) to the mound opposite Oakland's Jesse Chavez (5-4, 3.04 ERA) in Sunday's series finale.