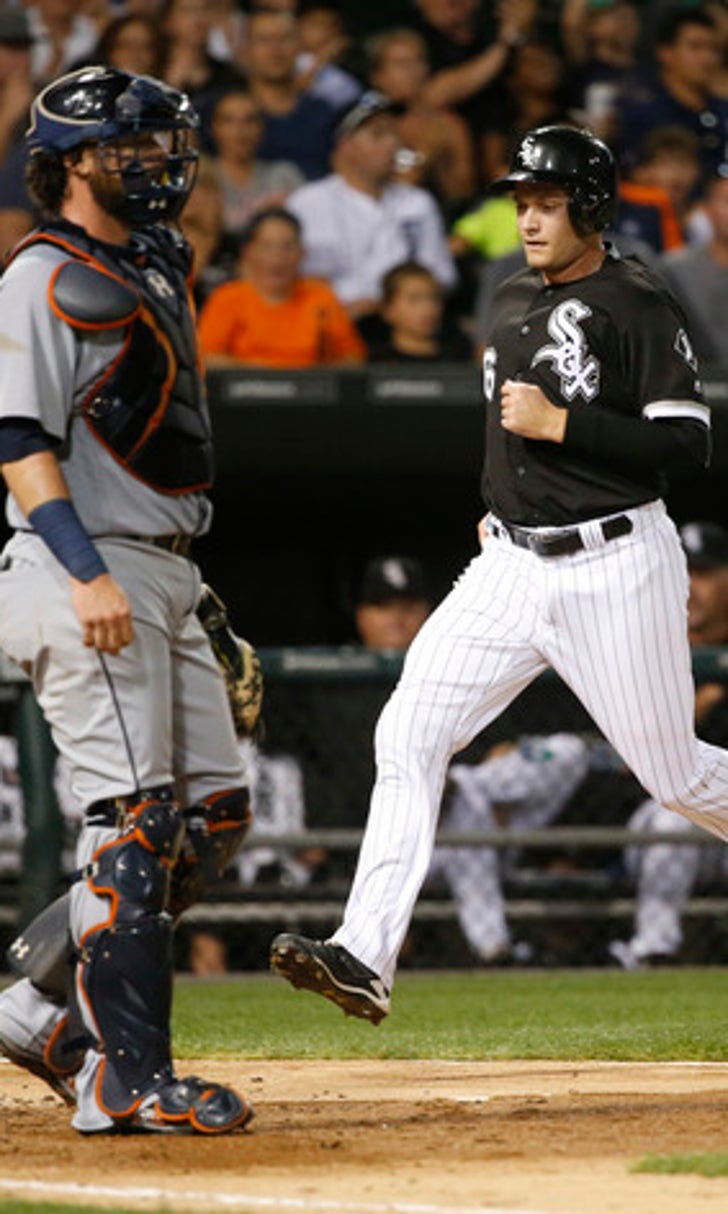 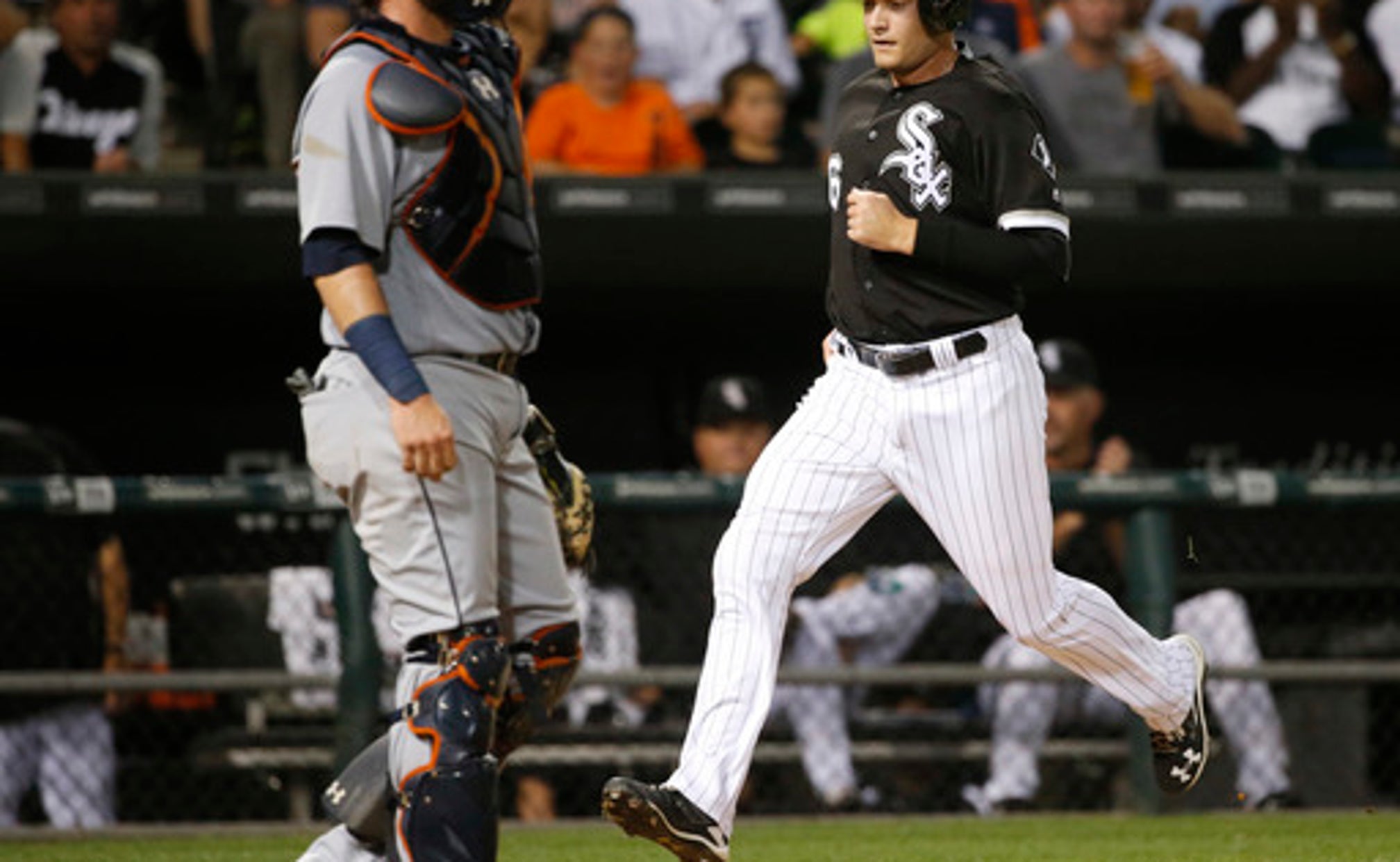 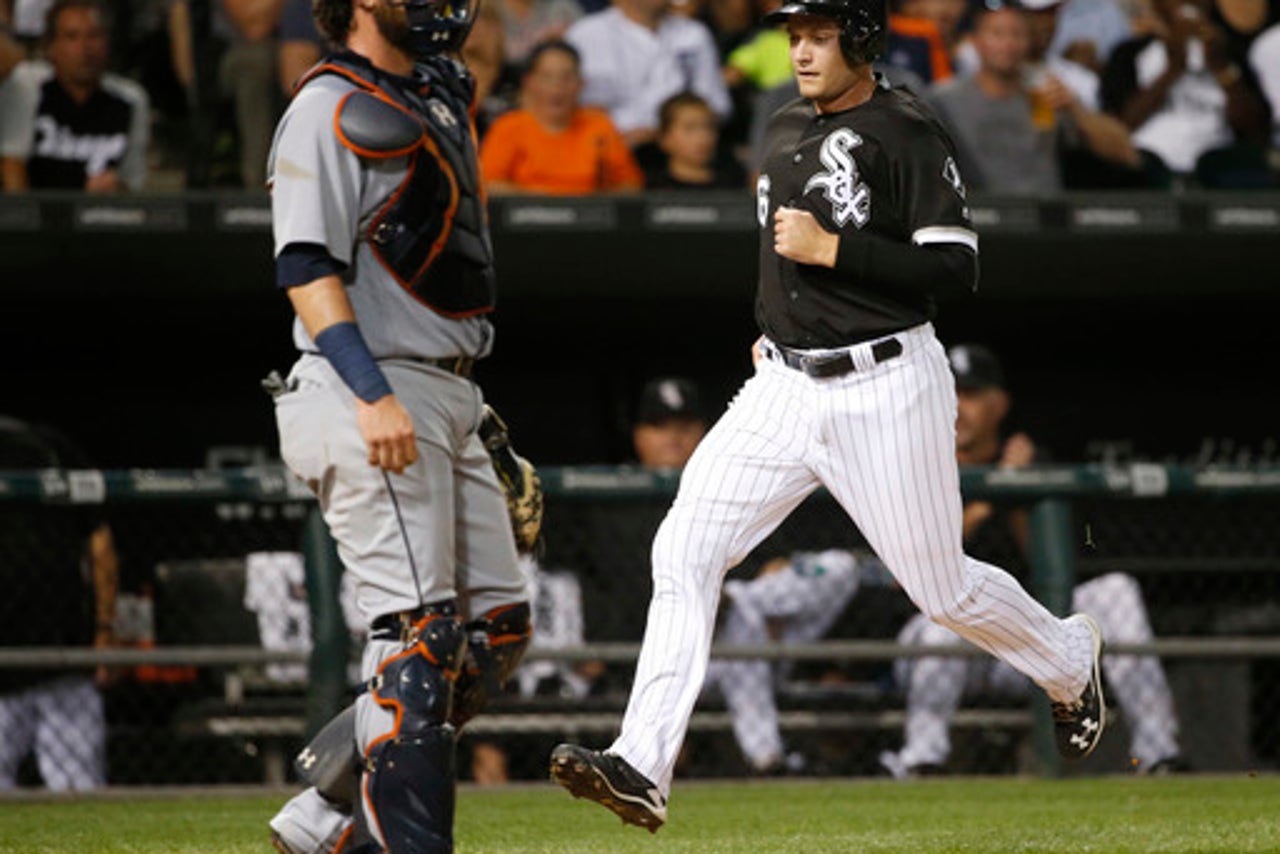 CHICAGO (AP) Justin Upton had won consecutive games with late-inning homers and he came up as the tying run in the ninth inning on Tuesday night.

Upton struck out on a ball in the dirt. It was that kind of night for the Detroit Tigers.

Jose Abreu hit his fifth homer in seven games, Miguel Gonzalez came off the disabled list to throw 6 1/3 innings of six-hit ball and the Chicago White Sox cooled off Detroit 2-0.

The Tigers went 0 for 8 with runners in scoring position and left nine men on in their fourth loss in 15 games.

''We put ourselves in position to score runs and they didn't let us,'' Upton said. ''That's part of it.''

Detroit wasted a chance to move closer to AL Central-leading Cleveland, which fell to Houston 4-3. The Tigers fell one game behind Baltimore for the second AL wild card after the Orioles beat Tampa Bay 11-2.

The Tigers had numerous chances. They had two on and one out in the ninth. They left the bases loaded in the seventh. They left two on in the fourth and Maybin was doubled off first base on a fly ball to right with a runner already on second in the third.

''I was just a little over-aggressive,'' Maybin said. ''It's unfortunate, kind of ran us out of the inning.''

Abreu connected for a solo shot off Matt Boyd (5-3) in the second for his 23rd homer while reaching base safely for the 32nd time in 33 games amid a late-season surge.

Gonzalez (3-6) struck out four in his first start since Aug. 11 following a groin injury to deliver Chicago its third win in nine games.

''Gonzo was great,'' White Sox manager Robin Ventura said. ''I don't know if you could expect much more out of him, coming off the DL and against a lineup like this.''

Nate Jones retired four straight hitters before David Robertson struck out Upton while working around a hit and a walk in the ninth for his 34th save to complete the seven-hitter.

Minor league call up Jason Coats doubled in the fifth and scored on Omar Narvaez's single as the White Sox improved to 6-12 against Detroit and just 14-32 against the AL Central since May 23.

Gonzalez retired nine straight until allowing singles to J.D. Martinez and call up Casey McGehee in the seventh. Dan Jennings came in and issued a walk to load the bases. But then Jennings struck out pinch-hitter JaCoby Jones and Nate Jones fanned Maybin to end the threat.

J.D. Martinez singled and Erick Aybar walked with one out in the ninth, but Jarrod Saltalamacchia popped out and pinch-hitter Tyler Collins struck out in Detroit's 10th shutout of the season.

Boyd allowed two runs and eight hits while striking out six in seven innings. He has allowed three or fewer runs in his last 10 starts.

Tigers: 2B Ian Kinsler (finger) was still having trouble throwing and didn't start. Manager Brad Ausmus said he's likely out until Friday. ... RHP Jordan Zimmermann (neck) was scheduled to start Saturday after being activated off the DL.

White Sox: A day after manager Robin Ventura suggested struggling RHP James Shields (5-17, 6.07 ERA) could be shut down because of a bad back, Shields expressed confidence he'll start Saturday.

With the White Sox on the way to a fourth straight losing season, the status of Ventura and the direction of the team is uncertain.

''It's not a situation any of us wanted to be in,'' GM Rick Hahn said. ''But this is where we're at and as a result we're going to have to make some tough decisions over the coming weeks and months.''

With the Triple-A regular season ending Monday, both teams added players. The Tigers promoted 3B McGehee and OF Steven Moya from Toledo.

Rays Beat Dodgers In Instant Classic
What just happened?! We're glad you asked. Here's everything that went down in a spectacular, thrilling World Series Game 4.
5 hours ago

World Series Top Plays: Game 4
The Rays stunned the Dodgers in a game for the ages. Here are the top plays from Game 4.
6 hours ago

Social Media Reacts To Rays' Epic Win
Game 4 of the World Series will go down as one of the wildest in baseball history. Here's how the sports world reacted.
6 hours ago