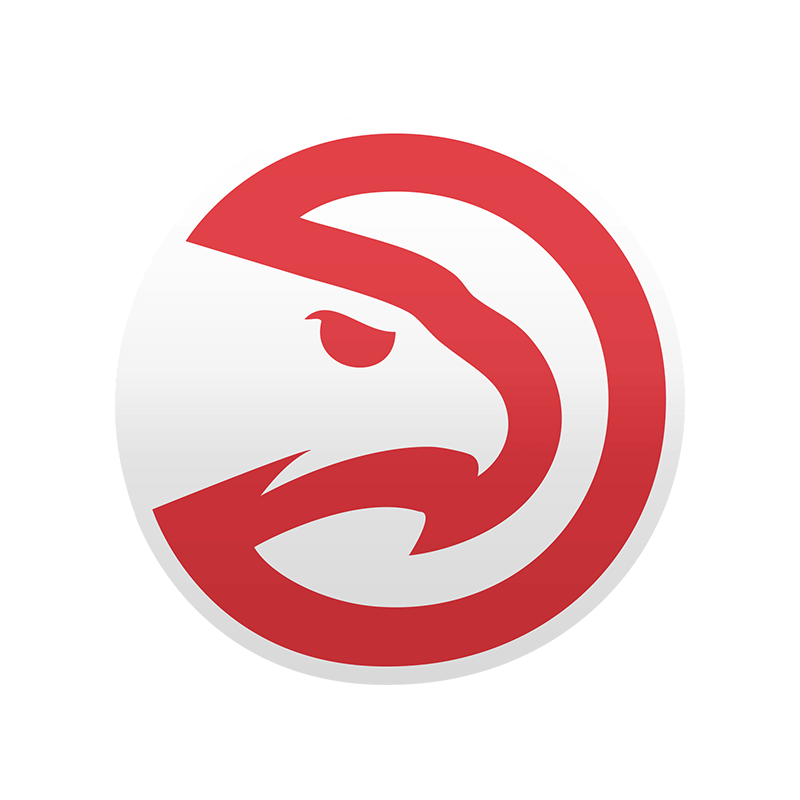 Clint Capela ATL
Rotowire: Jun 14, 3:51p ET
News: Capela said Friday that his injured right heel feels "way, way better" and indicated that he believes he has fully healed, Chris Kirschner of The Athletic reports.
Impact: Capela noted that he won't know if he's 100 percent healthy until he goes through 5-on-5 work, which he won't be able to do in the immediate future after the Hawks weren't included among the 22 teams who will play in Orlando when the NBA season resumes in late July. In any event, Capela should head into the offseason at nearly full health or close to it, putting him on track to be ready to go for the Hawks' 2020-21 training camp. Though he never played a minute for Atlanta after being acquired from Houston in February while he was contending with plantar fasciitis, Capela can be penciled in as a starter in the frontcourt alongside John Collins.

Clint Capela ATL
Rotowire: Jun 09, 12:23p ET
News: Atlanta general manager Travis Schlenk said Tuesday that Capela (heel) could be available to play in a potential summer competition between the Hawks and the other seven teams who won't be included when the NBA resumes its season in Orlando in late July, Mike Conti of the Atlanta Hawks Radio Network reports.
Impact: According to Adrian Wojnarowski of ESPN, the eight teams excluded from the 22-team group in Orlando are still eager to set up a mandatory summer training camp or regional fall league that would allow players to take part in some competitive action before the 2020-21 season, which would eliminate a nearly nine-month window between games for those clubs. If the NBA and players' union both come to agreement on a training camp or short-term league for those teams, Capela looks like he'll be ready to participate after having not played in a game since Jan. 29, when he was still a member of the Rockets. He was traded to the Hawks less than a week later and was sidelined with plantar fasciitis and a bone bruise in his right heel until the NBA suspended its season in mid-March, but the center looks to have nearly moved past the issue. At the very least, Capela looks like he'll be fully healthy by the time the Hawks hold a traditional training camp in advance of the 2020-21 campaign.

Clint Capela ATL
Rotowire: May 27, 3:14p ET
News: Capela (heel) might play if the season resumes, Adrian Wojnarowski of ESPN reports. According to general manager Travis Schlenk, "Clint says he's feeling better, and there's a possibility that we can get him back on the court. Practicing and playing five games would be valuable to us."
Impact: Capela was dealt to the Hawks while nursing both plantar fasciitis and a bone bruise in his heel. As a result, he hasn't yet played for his new team. However, extra time off plus rehab means that Capela has made strides in his rehab. If the Hawks are included in any sort of season resumption, Capela may be able to build chemistry on the court with his new teammates. With Houston this season, he averaged 13.9 points, 13.8 rebounds, 1.8 blocks, 1.2 assists and 0.8 steals in 32.8 minutes.

Clint Capela ATL
Rotowire: Apr 20, 11:37a ET
News: Capela relayed Sunday that he's "feeling pretty good" as he continues to rehab from plantar fasciitis and a bone bruise in his right heel, though he admitted he's not fully healthy yet, Chris Kirschner of The Athletic reports. "I'm going to keep doing what the medical staff is saying," Capela said. "I'm not 100 percent yet. It's getting better, so I'm optimistic about it."
Impact: Capela has been dealing with heel discomfort since late December and made his last appearance in a game Jan. 29 -- while he was still a member of the Rockets -- before being dealt to the Hawks less than a week later. While the NBA's ongoing hiatus theoretically gives Capela more time to heal up from the injury, his inability to test out his heel in full-contact, full-court workouts under the supervision of the Hawks' staff means he won't necessarily be cleared to practice right away when teams are allowed to resume training. On a more positive note, Capela indicated that the intensity of the pain in his heel has subsided since the league-wide shutdown. Last month, he said his pain was in the 5-to-7 range on a scale of one to 10; he now says his pain level falls somewhere in the 3-to-5 range.
Quick Links
Atlanta Hawks Player News: Center