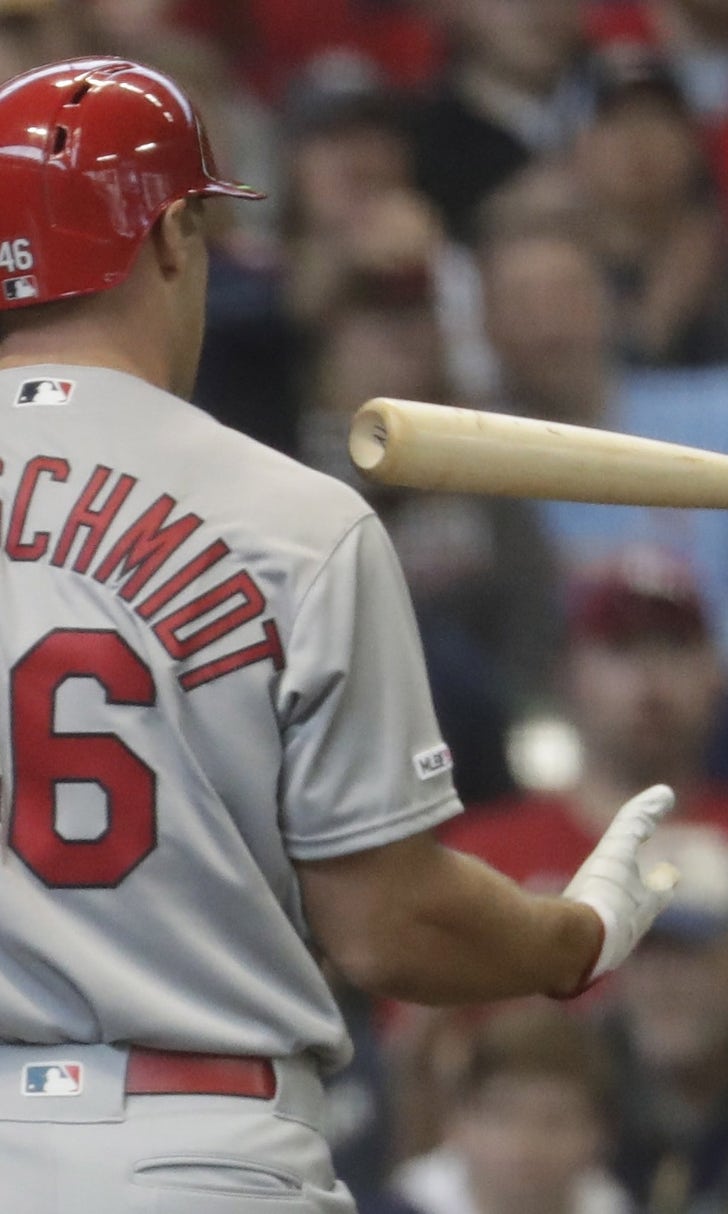 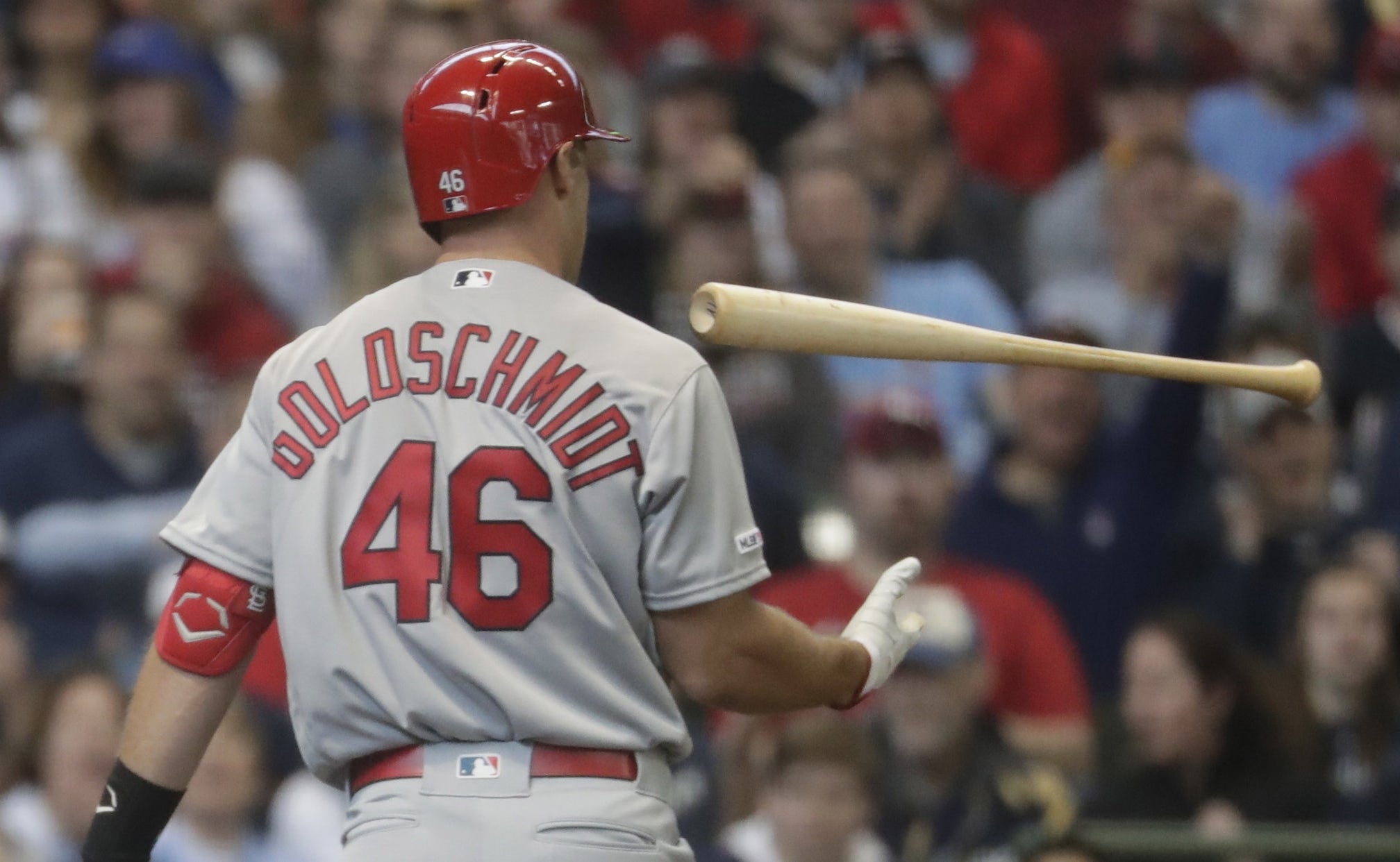 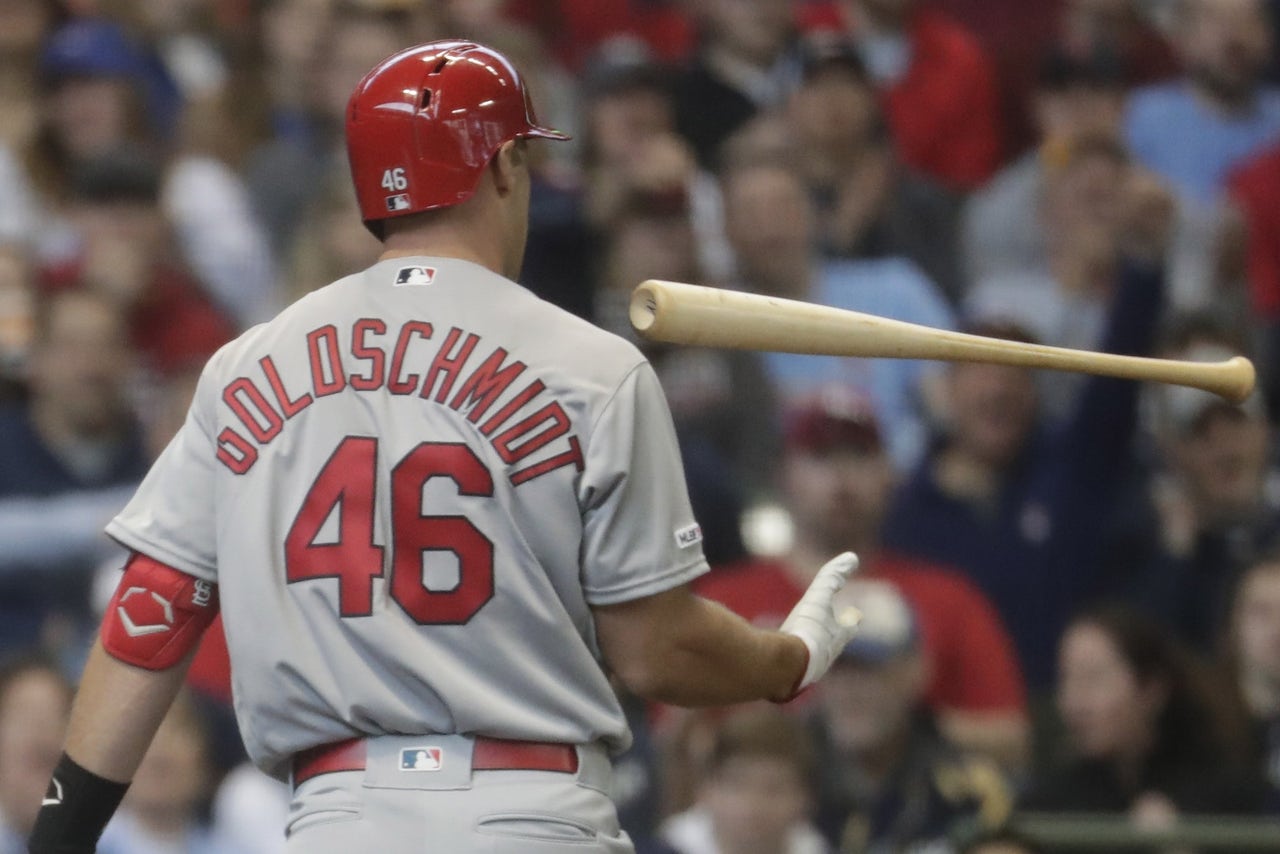 MILWAUKEE — Lorenzo Cain fired the ball high into the air and jumped up and down in the outfield, yelling and shaking his head from side to side.

"I let them know. Not today," a grinning Cain said.

Cain soared above the wall to rob Jose Martinez of a tying home run for the final out, lifting Christian Yelich and the Milwaukee Brewers over the St. Louis Cardinals 5-4 on Thursday.

With at least one Cardinals player in the bullpen already raising his arms to celebrate, Cain pulled back the pinch-hit drive by Martinez in right-center. A fired-up Cain and Yelich then started celebrating an opening day that looked a lot like Milwaukee's run to the NL Championship Series last October.

"I think we know our identity as a team, how we win games," Yelich said. "That seems to be our formula."

Yelich got right back to work after winning the NL MVP award last season, putting Milwaukee ahead to stay with a three-run homer off Miles Mikolas in the third. The Miller Park crowd of 45,304 roared as Yelich glided around the bases.

Mike Moustakas and pitcher Jhoulys Chacin also connected for the Brewers. Josh Hader retired five in a row before Cain's play finished off the save.

Kolten Wong homered twice for St. Louis and Harrison Bader also connected. The Cardinals blew a 3-0 lead in their fifth consecutive loss against the Brewers, including a three-game sweep last September that helped propel Milwaukee to the NL Central title.

Paul Goldschmidt went 0 for 3 with three strikeouts and a walk in his first regular-season game for St. Louis since he was acquired in an offseason trade with Arizona. The All-Star slugger had a short conversation with plate umpire Gary Cederstrom after he looked at a called third strike in each of his first two at-bats.

"It would have been nice to come back and win," Goldschmidt said. "It was a great play by Cain there at the end."

Chacin (1-0) struck out seven in 5 1/3 innings in his third opening-day start. He also helped himself with two hits, singling and scoring on Yelich's drive before hitting a 2-2 pitch from Mikolas into Milwaukee's bullpen in left-center for his second career homer in the fifth.

Mikolas (0-1), a surprise star last season when he went 18-4 in his first year with the Cardinals, allowed five runs and five hits in five innings.

"I thought I made some good pitches but they hit my mistakes pretty hard," he said.

Wong's second homer made it 5-4 in the seventh, but Milwaukee's depleted bullpen held on. Hader struck out four, fanning Goldschmidt, Paul DeJong and Marcell Ozuna in the eighth and Dexter Fowler in the ninth.

Hader was a key figure for the Brewers last year, and he became even more important when key relievers Jeremy Jeffress and Corey Knebel opened this season on the injured list. Jeffress is coming back from a sore right shoulder, but Knebel could be headed for season-ending elbow surgery.

"Every guy is going to have to be ready and do what we do in any opportunity that we get," Hader said.

Each run was scored via the long ball.

The Cardinals got off to a fast start, scoring the first three runs on consecutive first-pitch homers by Wong and Bader in the second. Wong connected after Fowler reached on a two-out walk, and Bader hit a deep drive to left.

The Brewers got one back when Moustakas went deep with two out in the bottom half of the inning.

Cardinals: 3B Matt Carpenter showed no sign of any trouble after he was bothered by back tightness at the end of spring training. He went 0 for 4 with a strikeout. ... LHP Brett Cecil (Carpal Tunnel syndrome) was moved to the 60-day injured list to create a 40-man roster spot for RHP Merandy Gonzalez, who was claimed off waivers from San Francisco and optioned to Double-A Springfield.

Brewers: Knebel said he will make a decision on his next course of action on Friday. He could have Tommy John surgery and then return at some point next year, or try to rehab the injury.

Young right-handers Jack Flaherty and Freddy Peralta get the ball when the series resumes Friday night. St. Louis is counting on the 23-year-old Flaherty to help anchor the rotation after he went 8-9 with a 3.34 ERA in 28 starts last year. Peralta, who turns 23 in June, won a spot in Milwaukee's rotation during spring training. He went 6-4 with a 4.25 ERA in 16 appearances last season during his first year in the majors, including 14 starts.