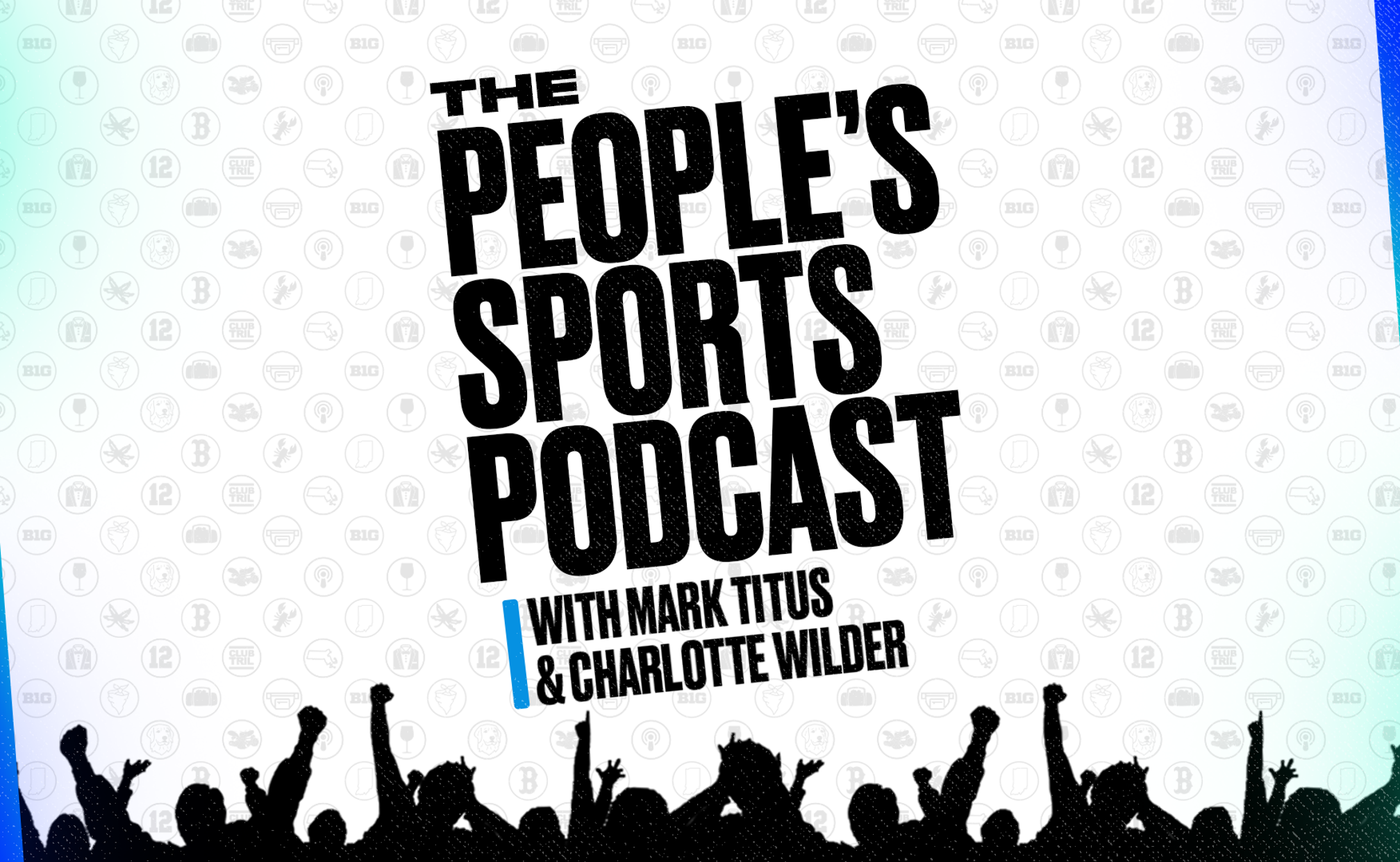 Before I get into the real point of this story — which is sports breakups — I have some exciting news! Every Thursday, Mark Titus (@clubtrillion) and I (@thewilderthings) are going to be popping up in your podcast feed with our new show, The People’s Sports Podcast.

If we do our jobs right, it’s going to be fun, funny, and lead us to strange tangents that you never knew you could get to from sports. The other day when we were practicing (yes! We practiced!), we started with NBA beefs. By the end, Mark was quizzing me on the definitions of obscure crimes. Still not totally sure what grand larceny is.

Simply put: each week, we’re going to choose the most important news story and then go down a rabbit hole somewhat related to it. And by important news story, I mean important to *us* — what might be a throwaway headline anywhere else will be the jumping off point for the episode.

Why? Because we want to make The People laugh and maybe learn something. More than anything, we want to be a bright spot in a dark time.

Let us know if we’re succeeding by tweeting at us or emailing thepeoplessportspodcast@gmail.com. We want to give The People what they want, and in order to do so, we’d love to hear from you.

So let’s get into this week’s topic, with snippets from the podcast (that you should definitely listen to, and tell your mom to listen to, and watch the videos below) included from each segment for your enjoyment.

I don’t know if you’ve seen them, but I’ve read a number of articles recently about how people are either strengthening their relationships during this pandemic or breaking up because of it. It turns out that the sports world is not immune to this trend.

Now, I don’t think we can blame outside circumstances for a lot of these splits, seeing as many of them occurred before COVID. However, while they might seem like old news, they are storylines that aren’t going away any time soon. These sports divorces were so monumental that they’re going to reverberate for a long time.

One reared its head this week. And that is...

Look, if you think you’re going to make it through one NFL game without hearing about this split, you’re wrong. This is one of the main storylines of the season, and all Belichick has to do to make people keep talking about it is mention Cam Newton, his newest QB. 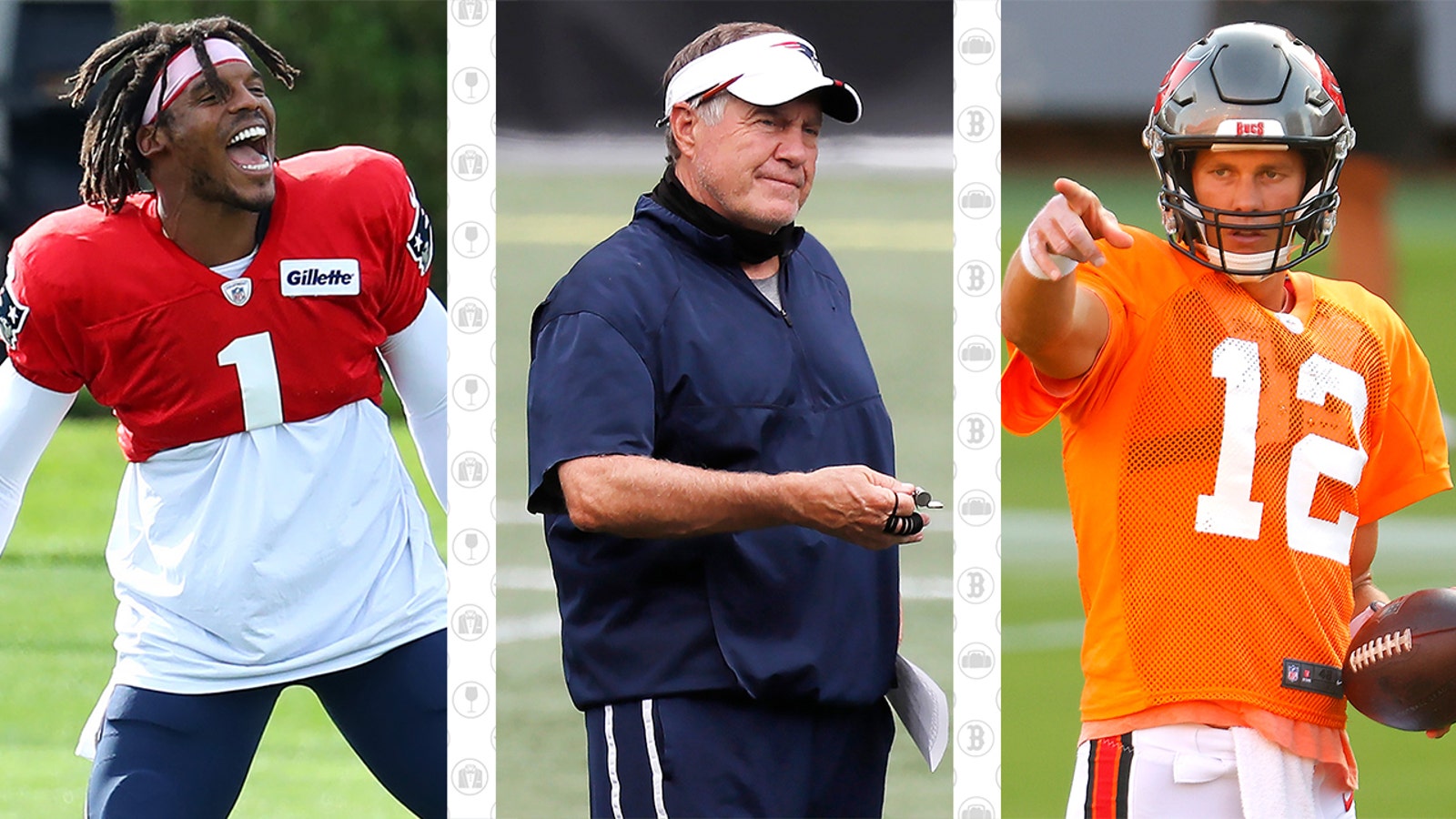 I wrote this a few months ago, but Newton and Belichick are both in “prove it mode.” Cam has never had more to prove than he does right now. After two shoulder surgeries and a foot injury the past few years — the most likely reason that 31 other teams passed on the free agent — he’s gotta show the world he’s still got it.

And now Belichick is right there with him for the first time in two decades. Not that the coach will ever admit it, but this *is* the first year without Tom Brady, the QB with whom he won 6 Super Bowls.

As Mark and I said in the clip above, Belichick never publicly praises players unless they’re kickers or played lacrosse. So he’s either tossing shade at Brady, trying to pump up Cam, or galvanize a fanbase.

Can’t wait to see how this plays out.

OKC and Houston & Russ and Harden and Chris Paul

Wow, I don’t know how to phrase that for a bolded header of an article.

What I mean is that Russell Westbrook and James Harden both used to play for the Thunder, and they just had to face their old team for a full seven-game playoff series. 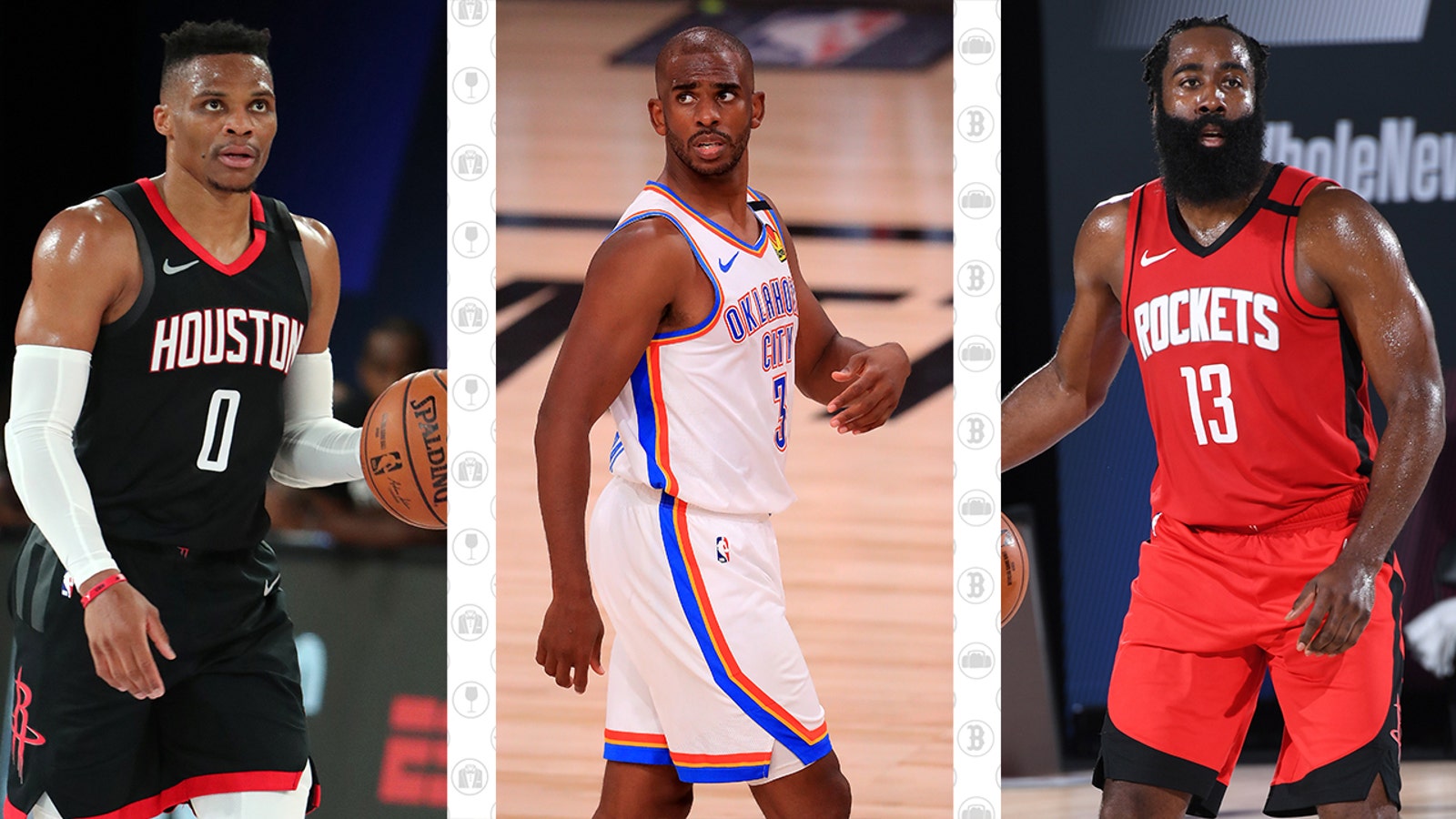 Not only that, but Chris Paul is on the Thunder now after a bad public split from Houston. This is the sports equivalent of multiple people in a friend group breaking up and then dating each other in various configurations.

But as Mark said on the podcast — OKC already came out on top, regardless of what happened Wednesday night. Sure, they lost, but they’re a small market team without the star power that Houston has. It’s almost a miracle the Thunder even made it to the playoffs.

Not only did they make it, they came within two points of advancing to the next round. And they might have (if the game hadn’t turned into four-dimensional chess against the referees), thanks in large part to the heroic efforts of young Lu Dort.

The ending might have been a real buzz-kill, but the series was great. The history between the two teams made it even more compelling, and Russell Westbrook is still beloved in Oklahoma City; he’s super involved in the community and is even producing a documentary on the Tulsa Massacre.

So maybe some break-ups aren’t goodbyes, just see you laters. 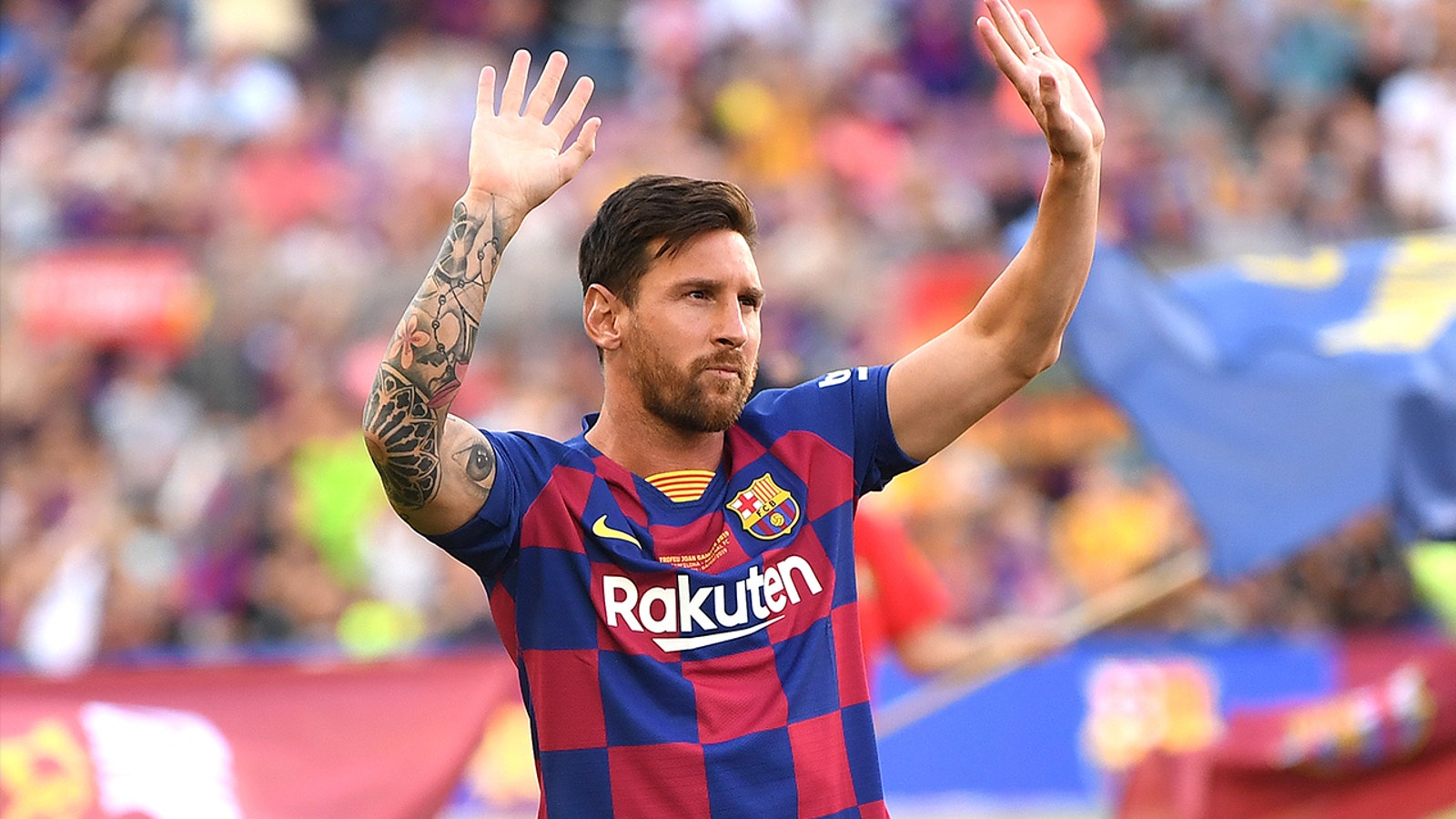 I learned a lot from Mark in this segment, because I do not follow international soccer as closely as I should.

But it turns out that this is probably the most shocking breakup of the year (assuming it goes down, as there are now reports Messi is considering staying).

Messi has been with Barcelona since he was 14. The 33-year-old star — who Mark tells me is the greatest player of all time — threw the world a real curveball when he said he wanted out of his contract.

Things are getting messy (lol get it?). Lawyers are involved — always a bad sign. Messi says that there’s a clause in his contract that would let him leave whenever he wants, and Barca says that if he wants to leave, he’ll have to sit out next season (meaning he won’t play for any team) and forgo his salary. 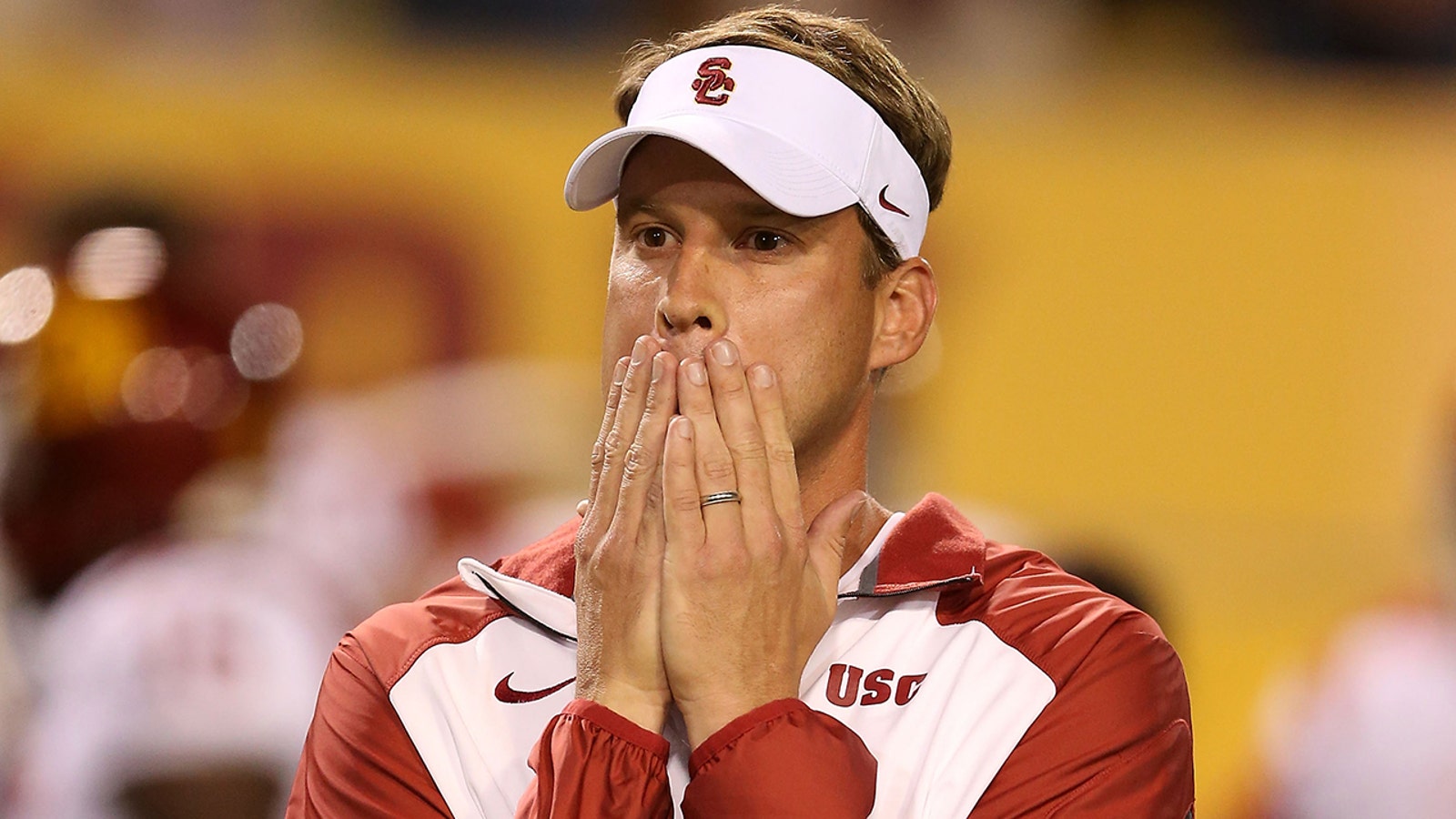 I mean ... I can’t think of a more embarrassing way to get fired than being left behind on the tarmac in Arizona. 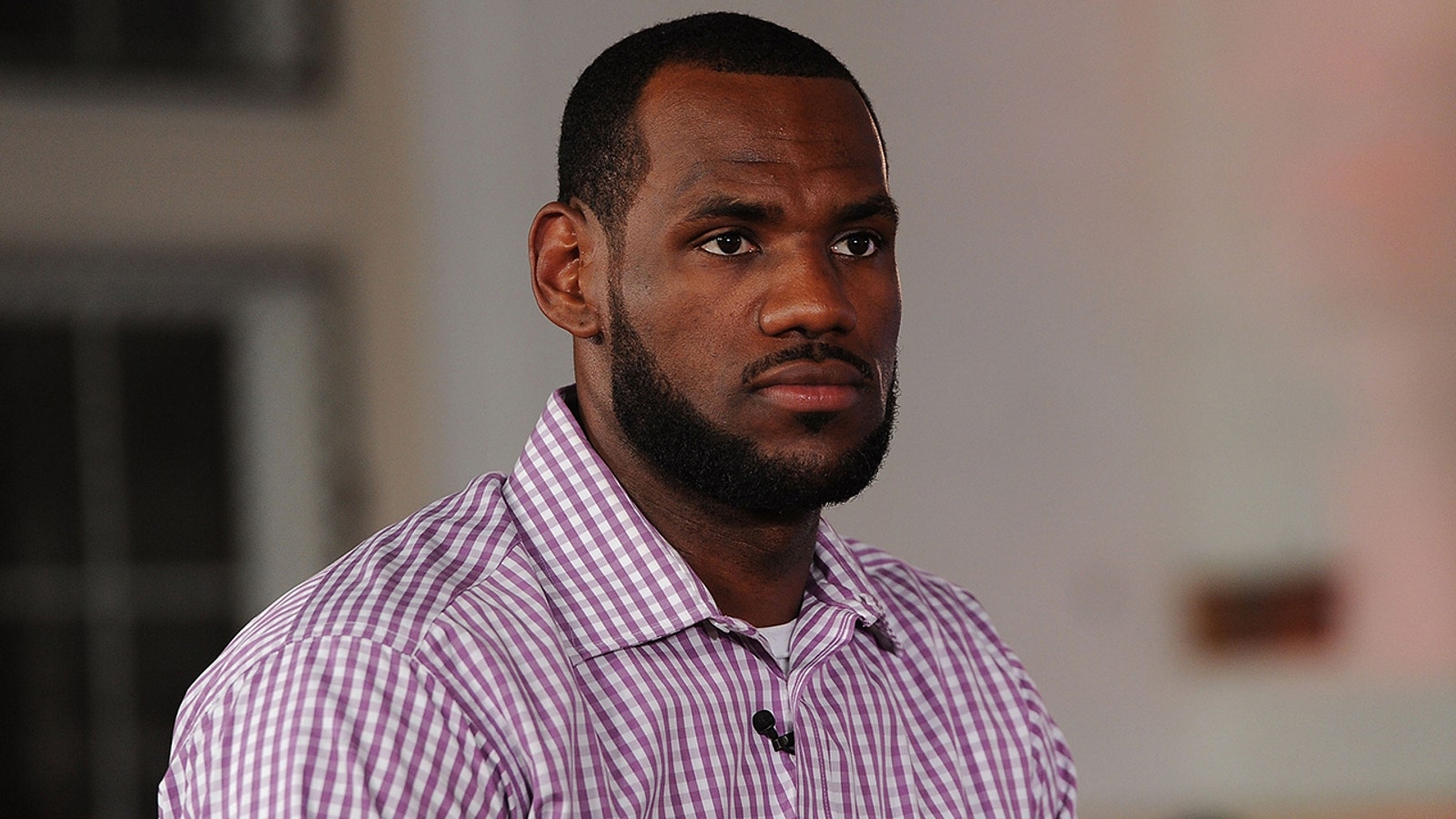 I think the low key funniest part about LeBron announcing his plan on live TV without informing Cleveland he was leaving was the open letter that the Cavaliers’ owner Dan Gilbert wrote afterwards. The contents of the letter aren’t particularly interesting to me anymore, but the fact that he wrote it in Comic Sans will always be.

There is no way to look like you came out on top when you’re writing in Comic Sans. 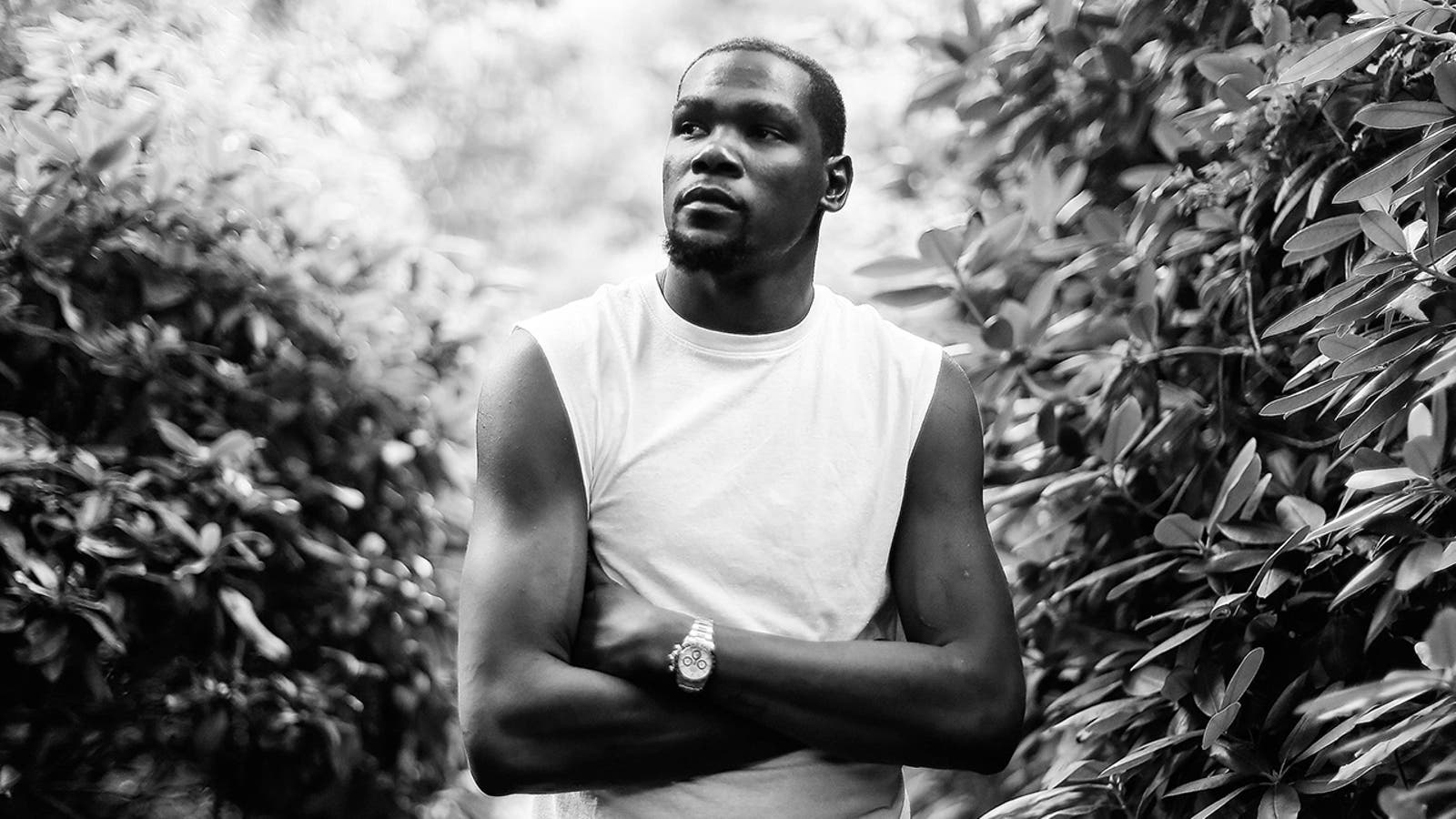 Second only to LeBron’s The Decision in terms of public perception was Kevin Durant’s article in the Players’ Tribune announcing that he was going to the Warriors. “My Next Chapter” became an immediate internet joke.

That’s the risk you run in the 21st century — you either die a hero or live long enough to become a meme.

This is obviously not even close to being a comprehensive list, so please weigh in! You can tweet at either Mark or me (Mark hates it, tweet at me) or email us at thepeoplessportspodcast@gmail.com. We want to know what breakups hurt you the most, and what topics you want us to tackle.

Thanks for hanging out and please tell your friends, family, and pets to subscribe and leave us a five-star review. We’re counting on The People.

Fitz-Magic Outduels Minshew
The Miami Dolphins earned a victory in 'The Florida Bowl' on Thursday night behind the arm of Ryan Fitzpatrick.
6 hours ago

The Hopefuls And The Hope-Nots
Two weeks into the NFL season, Charlotte Wilder breaks down the 5 fan bases with the most optimism ... and the 5 without.
13 hours ago

Is It 'Tua Time' In Miami?
Tua Tagovailoa arrived in Miami with enormous expectations. We will find out soon if the hype is real, Martin Rogers writes.
13 hours ago