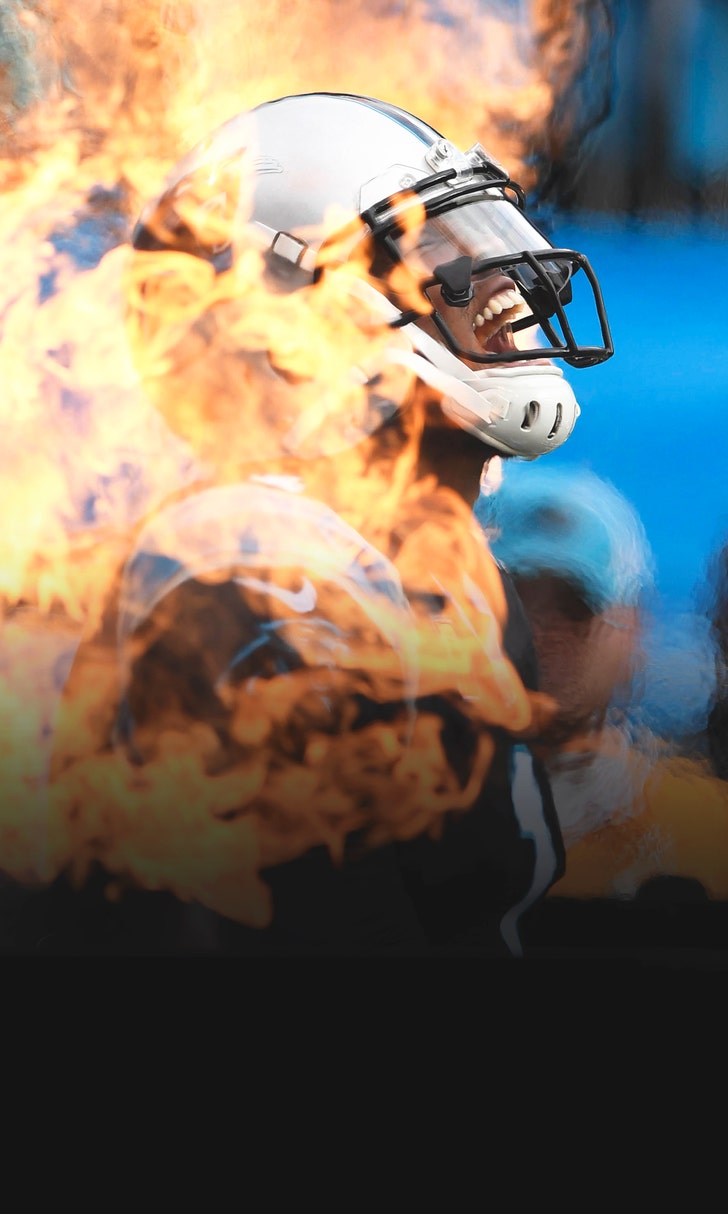 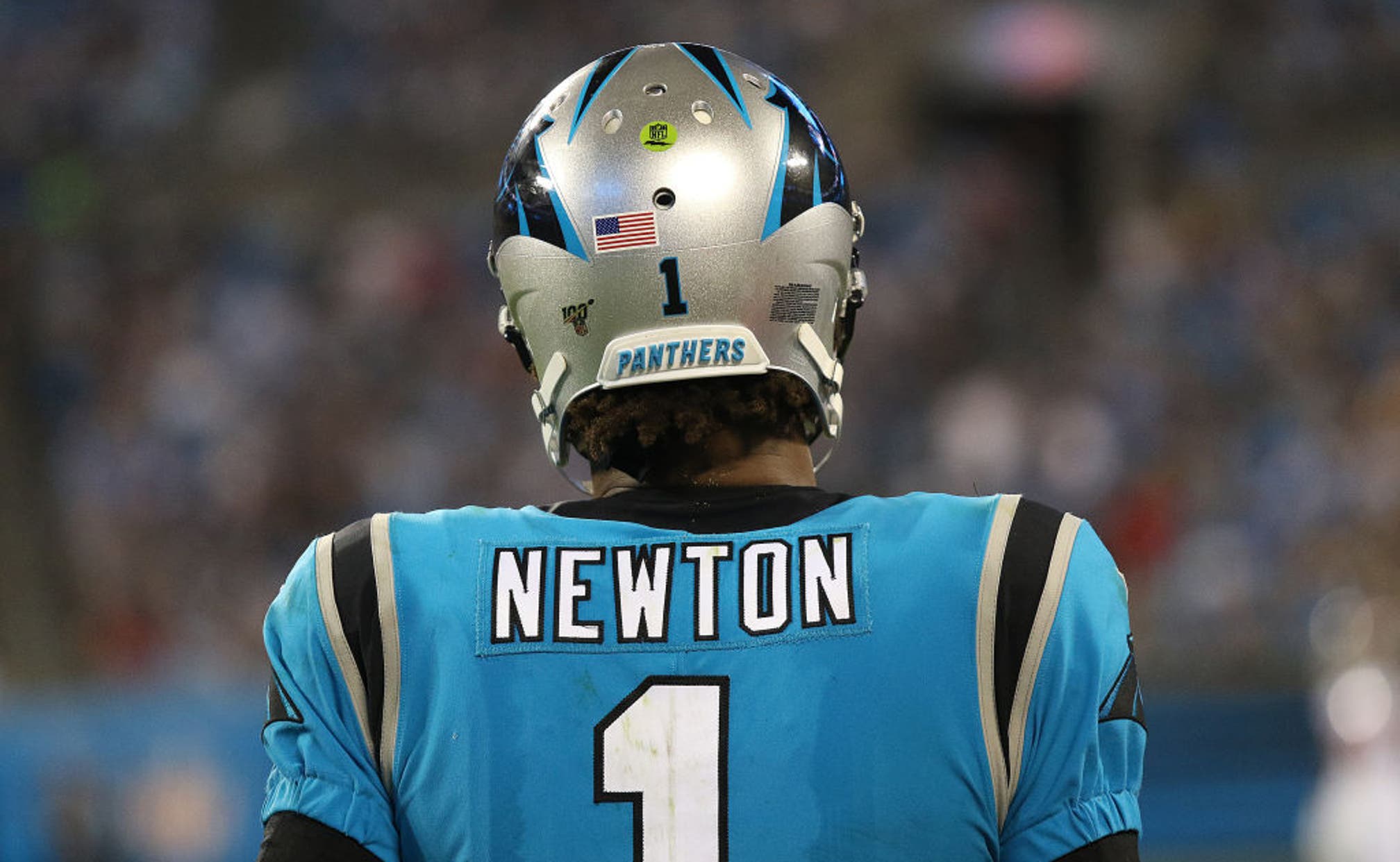 Match Made in Football Heaven?

While Tom Brady was busy quoting Franklin Delano Roosevelt and wearing a sweat-drenching shirt down in Tampa Bay last Friday, his former team was quietly getting ready to sign his replacement.

On Sunday night, news broke that Cam Newton, the former Panthers starter, is heading to New England, a region of the country sorely in need of a decent quarterback. Fortunately for Patriots fans — and unfortunately for a country sick of us — Newton has proved himself to be not only decent, but sometimes transcendent on the field.

He’s also never had more to prove than he does right now. Neither has Patriots coach Bill Belichick. Which is what makes Newton in New England both a fascinating and completely logical situation.

Newton's health — he's had two shoulder surgeries and a foot injury the past few years — was almost certainly the reason that 31 other teams passed on him, even though many could use a veteran quarterback. His recent Instagram workout videos indicate he’s doing just fine, though, and if this one-year deal with the Pats goes well, he has a shot at making the rest of the league realize what they missed out on.

The deal works for both sides. Newton can earn up to $7.5 million in incentives, but if he can’t stay healthy or win the starting job from current QB 1 Jarrett Stidham, the Pats only lose about $1 million on him. His signing provides minimal risk with potentially huge upsides.

Newton’s arrival could help the Patriots coach start changing his narrative, seeing as he has been tied to Brady for his entire career in New England. The two won six rings together, and their partnership is the reason I’m so insufferable when I talk about being a Pats fan. But Belichick now has a chance to begin separating his legacy from Brady and make it clear he doesn’t need TB12.

Newton could be the perfect guy to do it with, because he and Brady are basically opposites.

Brady was famously drafted in the sixth round and got his shot when Drew Bledsoe was injured — Newton went first overall in 2011 and has been a starter.

Brady looks like a baby giraffe when he tries to move quickly — Newton is a real threat on the run.

Brady has been consistent and mostly healthy for his whole career, winning six championships — Newton has not and is still striving for a ring.

Brady spent a few seasons running a fake newspaper before falling back into a more traditional social media presence — Newton has consistently posted captions in his own special font that, at first glance, look like another language (quick aside: I cannot wait to see what content Pats fans get out of this marriage).

Belichick pulled a classic post-break-up move: get together with someone who is nothing like your ex.

The one thing that unites the two quarterbacks — besides football — is occasionally wearing hats to press conferences. But Newton takes fashion to a whole new level. I can’t stop thinking about this tweet. Imagine the possibilities!

Look, The Great Cam Signing of 2020 could not work. Newton will be dealing with a team that has problems similar to the 2015-2016 Panthers, whom he led to a Super Bowl appearance.

His injuries have largely been a product of how physically he had to play to take Carolina to that point, and how hard he got hit without enough reliable targets to throw to and a weak offensive line.

The Patriots have a strong defense at the moment, but Brady lacked weapons last season, and the 2019 offensive line was a problem for the Pats.

The key difference between the 2016 Panthers and the 2020 Patriots, of course, is Belichick. If anyone can work football miracles, it’s New England’s Dark Lord of The Gridiron.

Many of New England’s o-line players who were injured are now healthy, and Belichick has added players who will bolster the offense in recent months, including two tight ends. Thanks to his running and blocking ability, Newton allows the Pats more surprise at quarterback than they had with Brady. When Newton was playing well in the first half of 2018, he only threw four interceptions. Stidham could still end up being great, but half of his four throws as an NFL player were picked off.

I was having trouble getting psyched for Stidham. I wouldn’t be shocked if Belichick still started him, seeing as Belichick is stubborn and has made it clear that he believes in young Jarrett. But I’m hopeful that Newton will win the position. I want to find out what magic he and Belichick can make together.

Either way, the main story up north no longer revolves around Brady’s absence, but rather Newton’s presence. And thank god — it’s so much more fun to focus on what a team has than what it doesn’t.

Fitz-Magic Outduels Minshew
The Miami Dolphins earned a victory in 'The Florida Bowl' on Thursday night behind the arm of Ryan Fitzpatrick.
6 hours ago

The Hopefuls And The Hope-Nots
Two weeks into the NFL season, Charlotte Wilder breaks down the 5 fan bases with the most optimism ... and the 5 without.
12 hours ago

Is It 'Tua Time' In Miami?
Tua Tagovailoa arrived in Miami with enormous expectations. We will find out soon if the hype is real, Martin Rogers writes.
12 hours ago