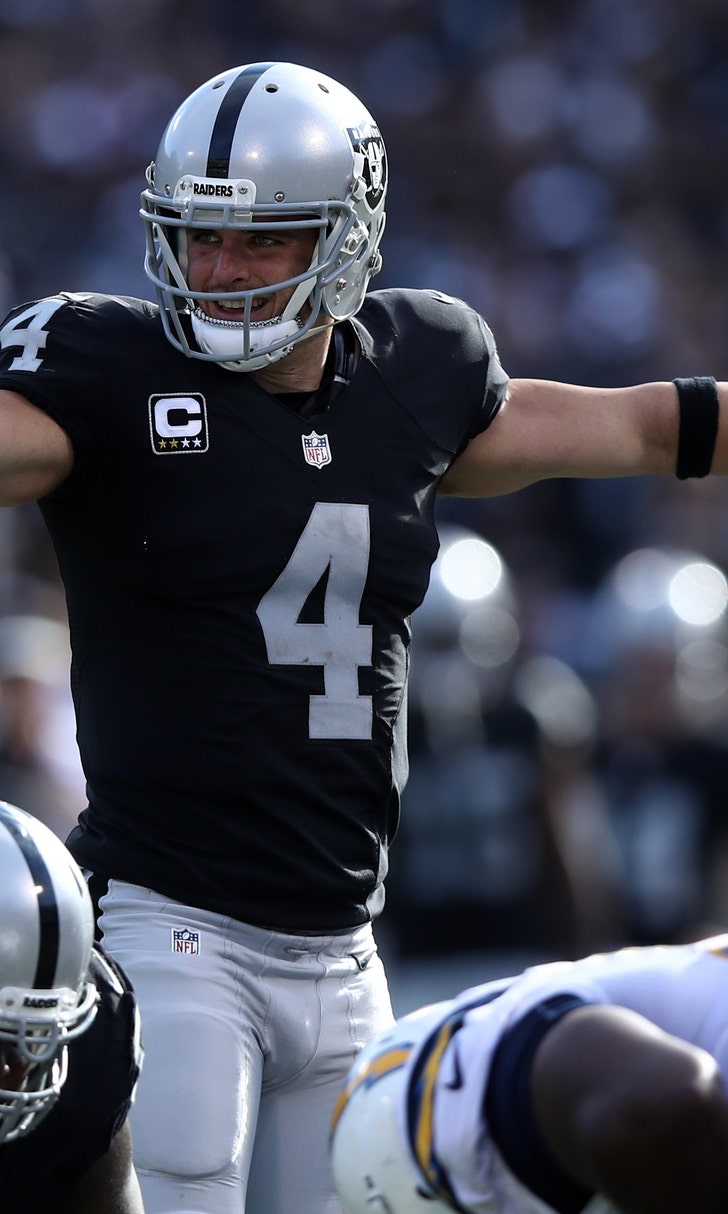 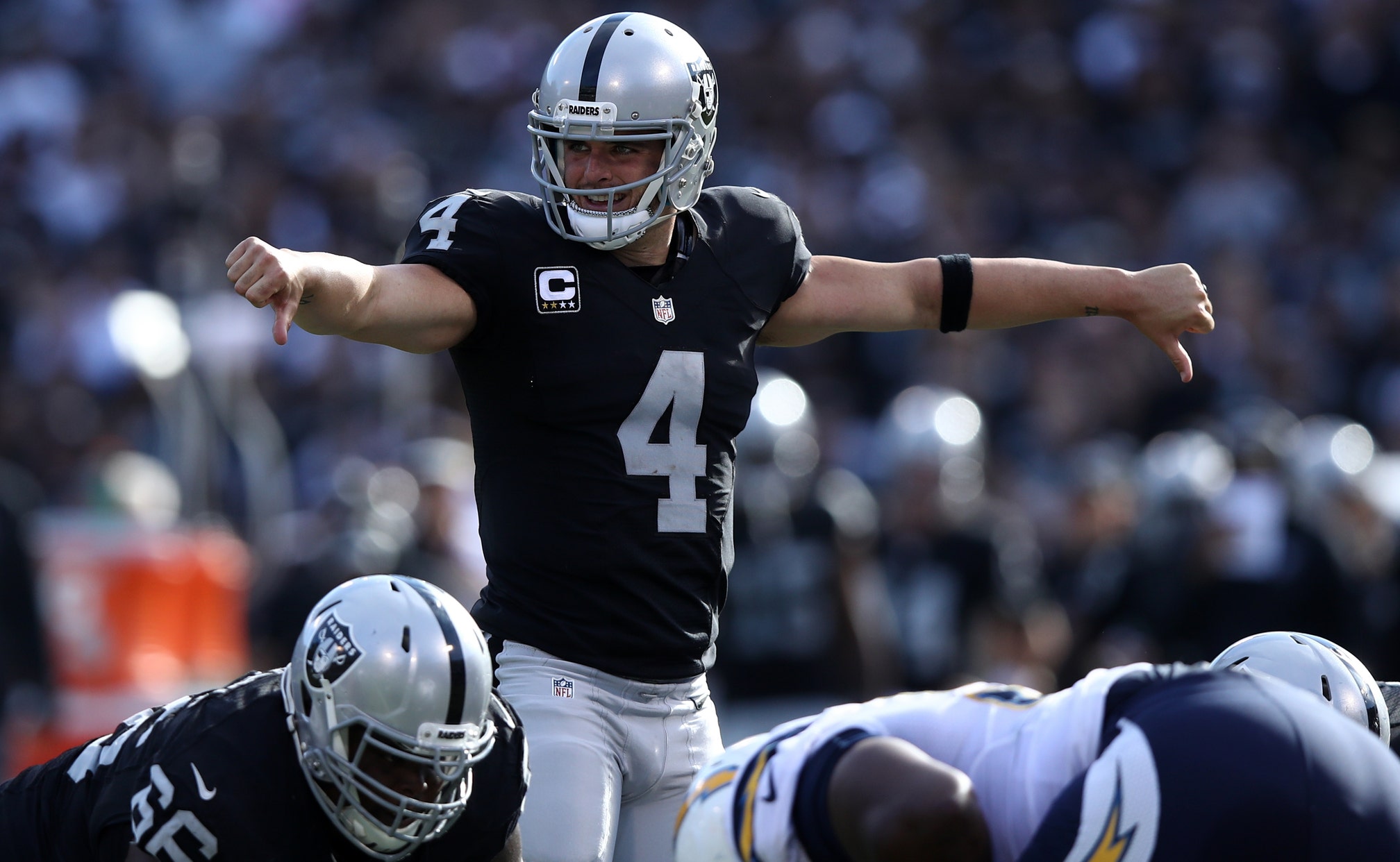 The Oakland Raiders are relevant, but are they any good?

OAKLAND, Calif. — The Golden State Warriors were about to start the most anticipated game of the young NBA season, so why was the main topic of conversation at Oracle Arena the Oakland Raiders?

Did no one care that Kevin Durant and Russell Westbrook were about to start a blood feud or that Stephen Curry was warming up on the court? Why was the topic of conversation in the lower and upper levels about Derek Carr — “my man is balling out right now” — Khalil Mack — “anyone who doesn’t think he’s as good as [Von] Miller needs to be checked” — and Amari Cooper — “man, he’s smooth ... like a young Jerry Rice”.

It’s been a while since the Raiders were discussed in such glowing terms around the East Bay — the general estimation is that the last time anyone in Oakland was feeling like this was in 2011 and 2012, when the team went 8-8 in back-to-back seasons but failed to make the playoffs. But the good times are back again — for the time being, at least.

At 6-2, the playoffs seem like a lock for the Raiders this year — that’s no small feat, considering the team hasn’t made the postseason since 2002 — but there’s an undercurrent to the near-ubiquitous conversation: no one knows if this team has what it takes to go deep in those playoffs.

They’re going to get something resembling an answer Sunday night, though, only a few feet away from Oracle Arena.

The Raiders will take on the Broncos in a contest that could well determine the AFC West championship this year. It’s the biggest game to take place at the venerable but decrepit Oakland-Alameda County Coliseum — a stadium so ugly and antiquated that not even a discount furniture website wants to sponsor it anymore — since the 2011 season finale, which determined the division crown (the Raiders lost, and then lost a three-way tiebreaker to the Chargers and Broncos).

The Broncos might not be as formidable as they have been in years past — it’s hard to fear a team with Trevor Siemian at quarterback — but they still represent something of a boogeyman for the Raiders. A win Sunday night, in front of a national television audience, would go a long way to “restoring the glory” in Oakland.

The concerns with the Raiders are real, though. Carr and Cooper have created an incredible 1-2 punch, but the Raiders defense leaves much to be desired outside of Mack, who has five sacks and a forced fumble this season and is yet to “roll” in 2016.

Oakland has the 28th defense in the NFL, against a league-average schedule, per Football Outsiders’ rankings. The Raiders are being burned equally through the air and on the ground (they rank 25 against both the pass and run games, per FO) and haven't shown many signs of improvement.

The reason for the Raiders’ success has been Carr, who has thrown for 2,321 yards, and a dominant offensive line, which has allowed an NFL-low nine sacks this season.

But the Broncos defense, even without star cornerback Aqib Talib, poses a threat that frankly the Raiders haven’t seen yet.

The Raiders have been built to outscore teams, but what happens when they play a defense that nearly single-handedly won a Super Bowl?

Will it look like Oakland’s 26-10 home loss to the Chiefs on Oct. 16, or will it be something else entirely?

This is a pivotal contest — if the Raiders shine, you can count on them making the playoffs and perhaps winning a divisional round. Should Carr and his offense fail to look respectable against Denver, we can likely write off the Raiders as viable playoff contenders.

It’s Week 9, but you can see why Raiders fans can’t contain their anticipation for Sunday night’s game. 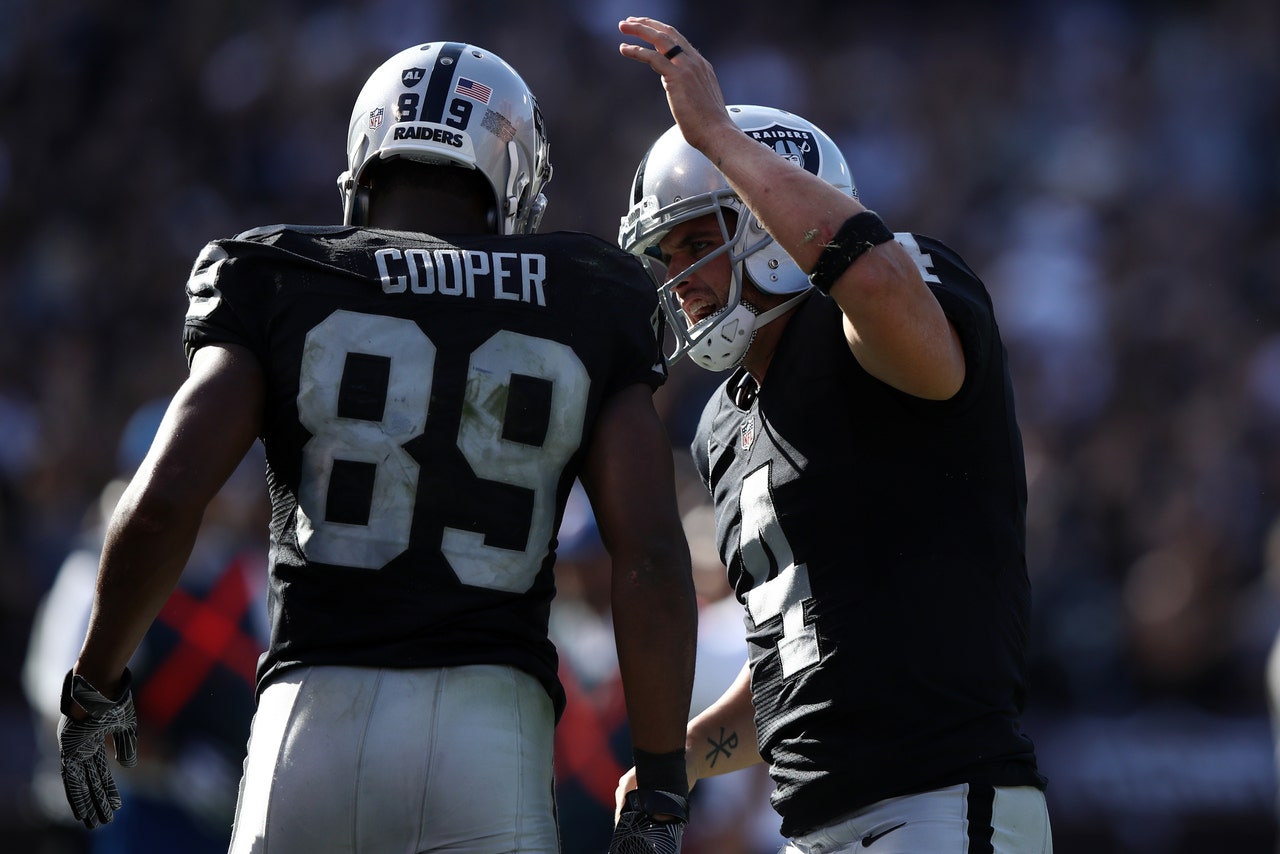 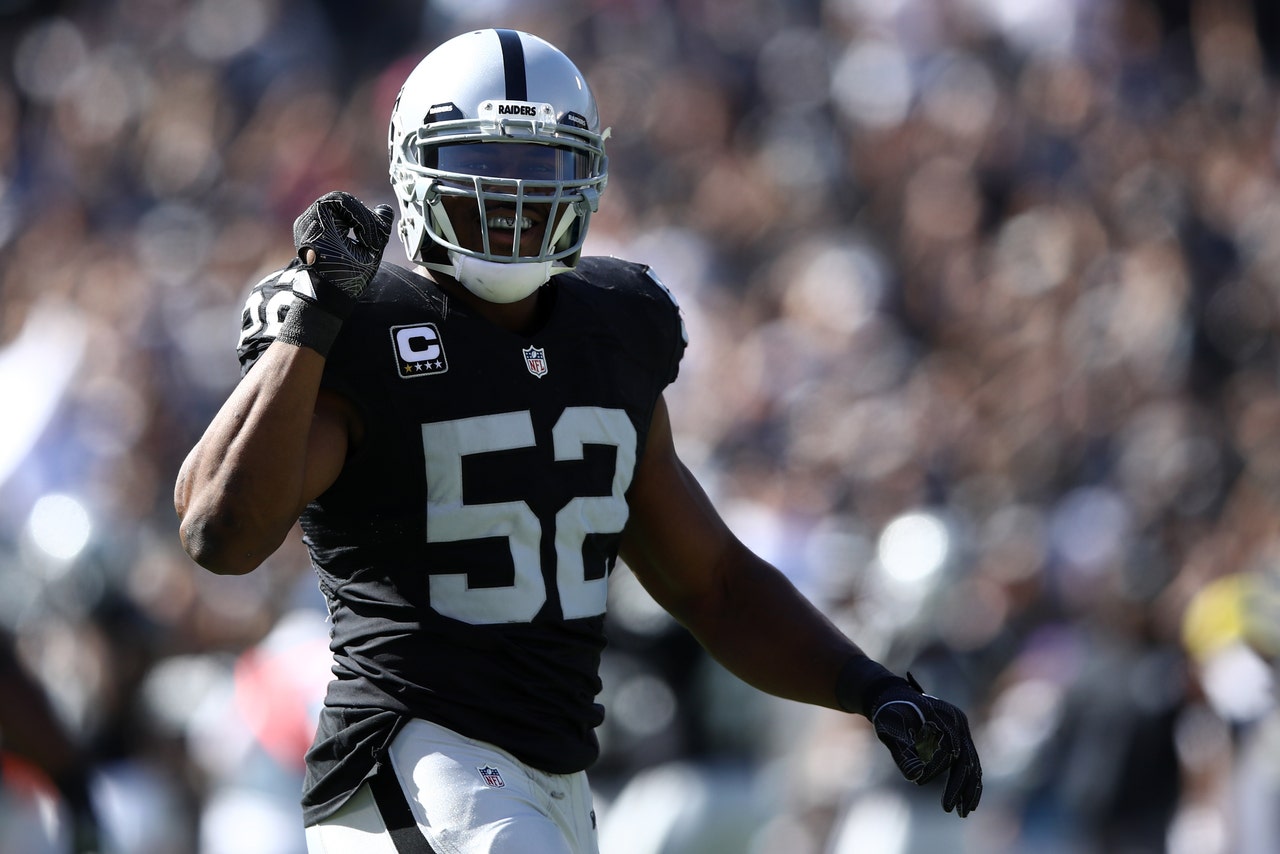 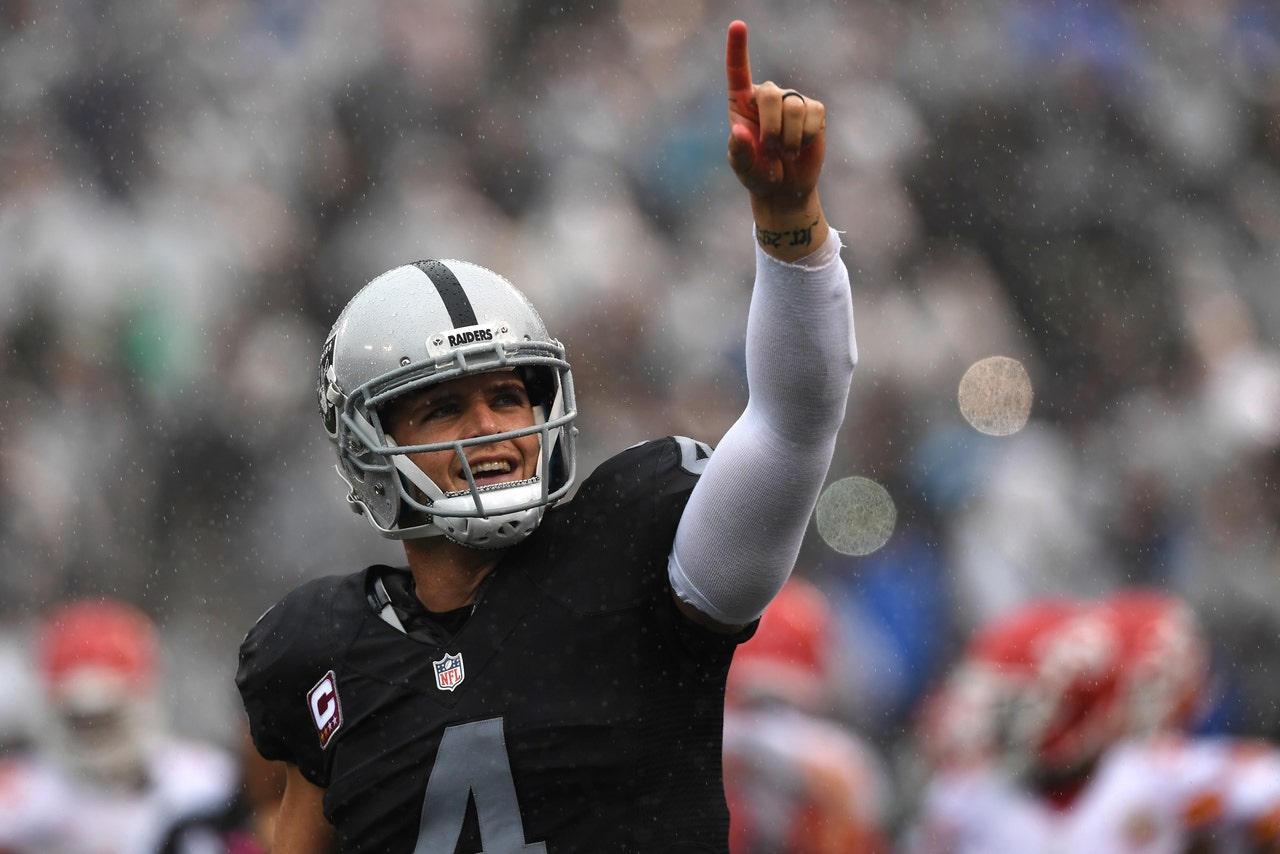 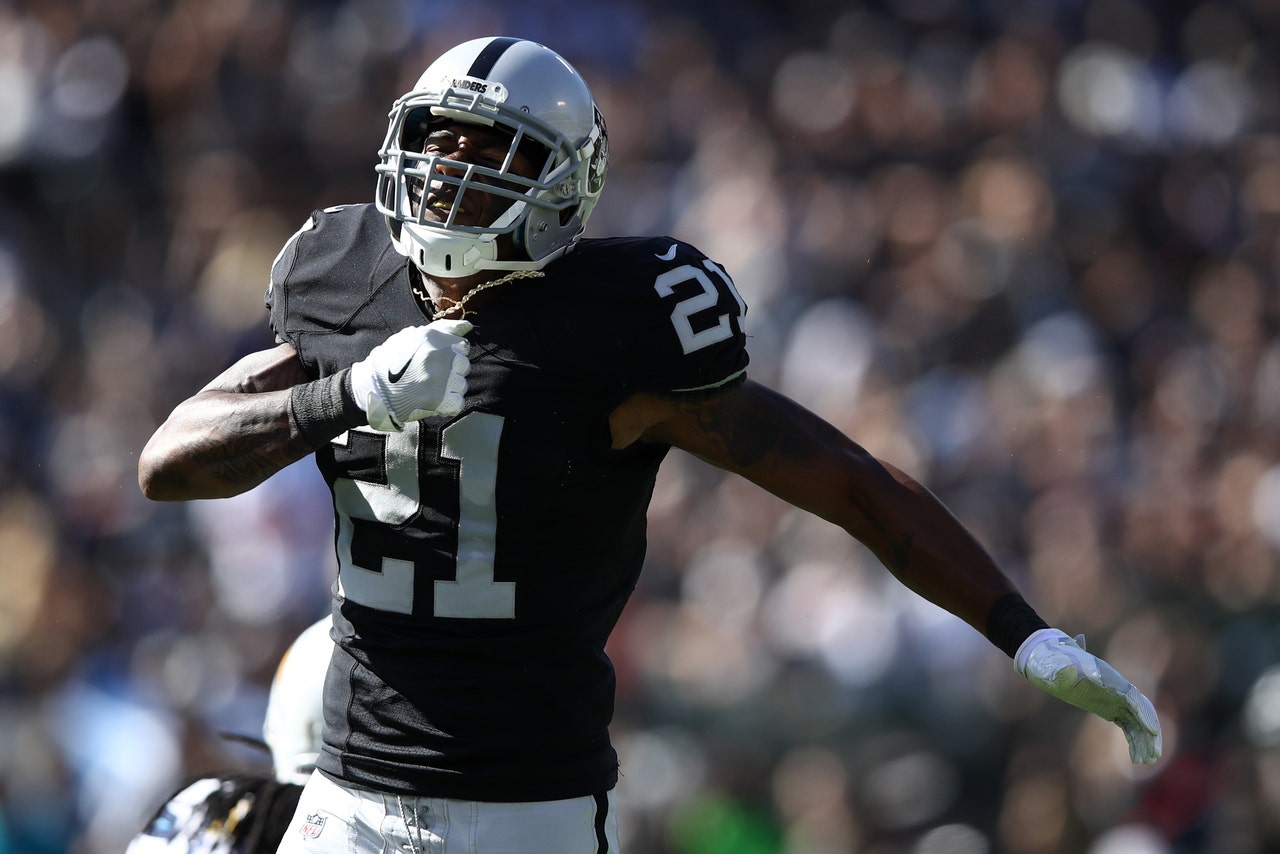