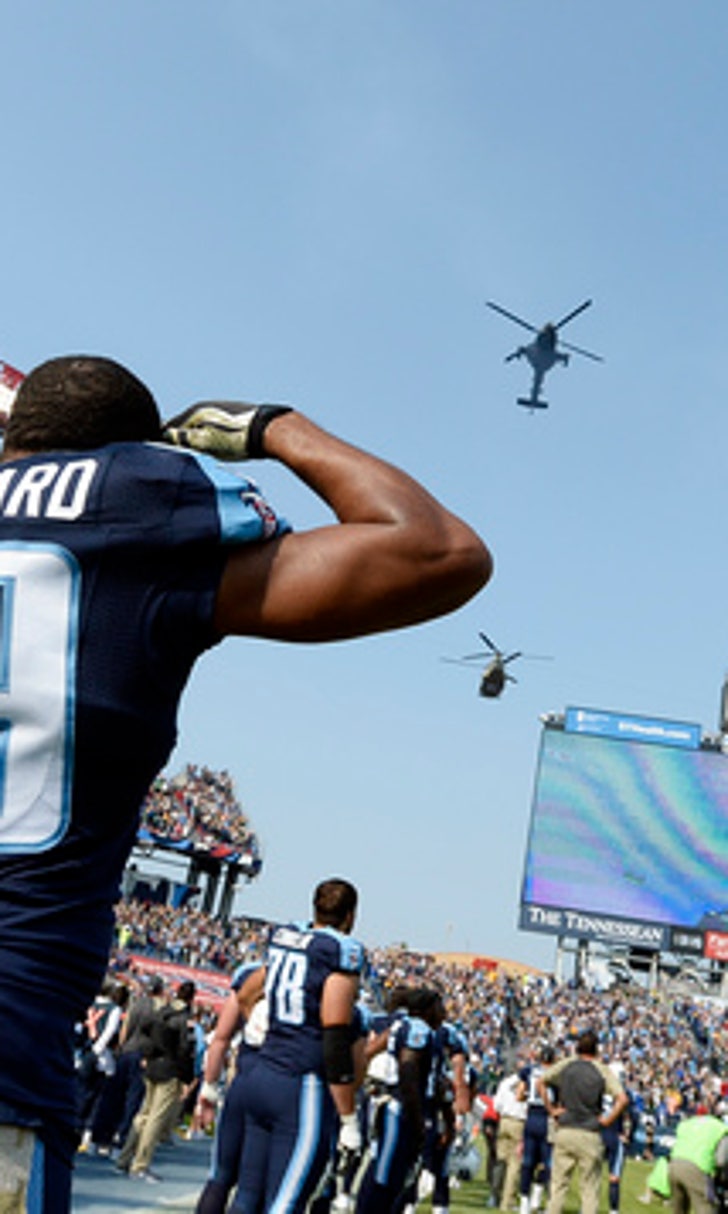 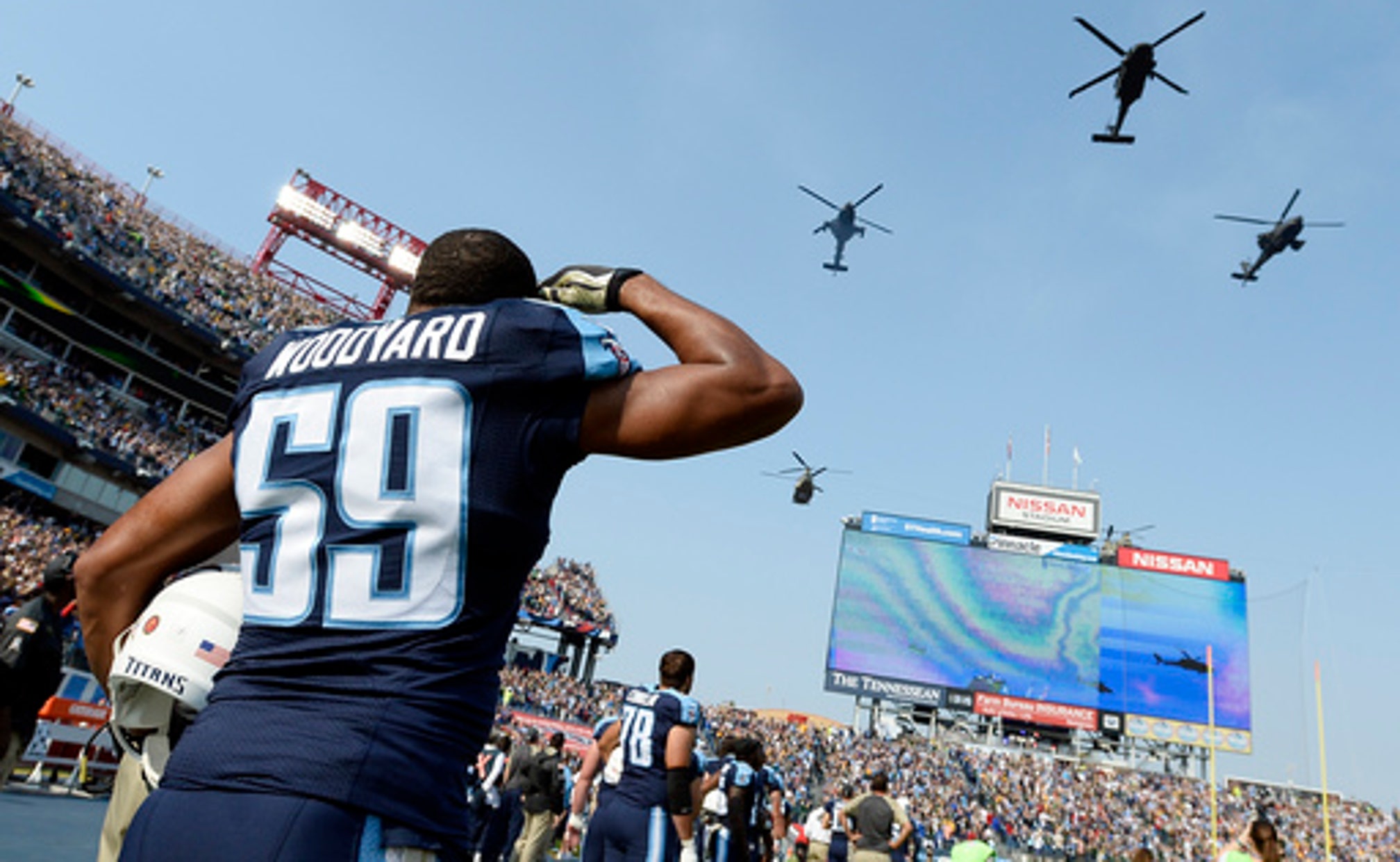 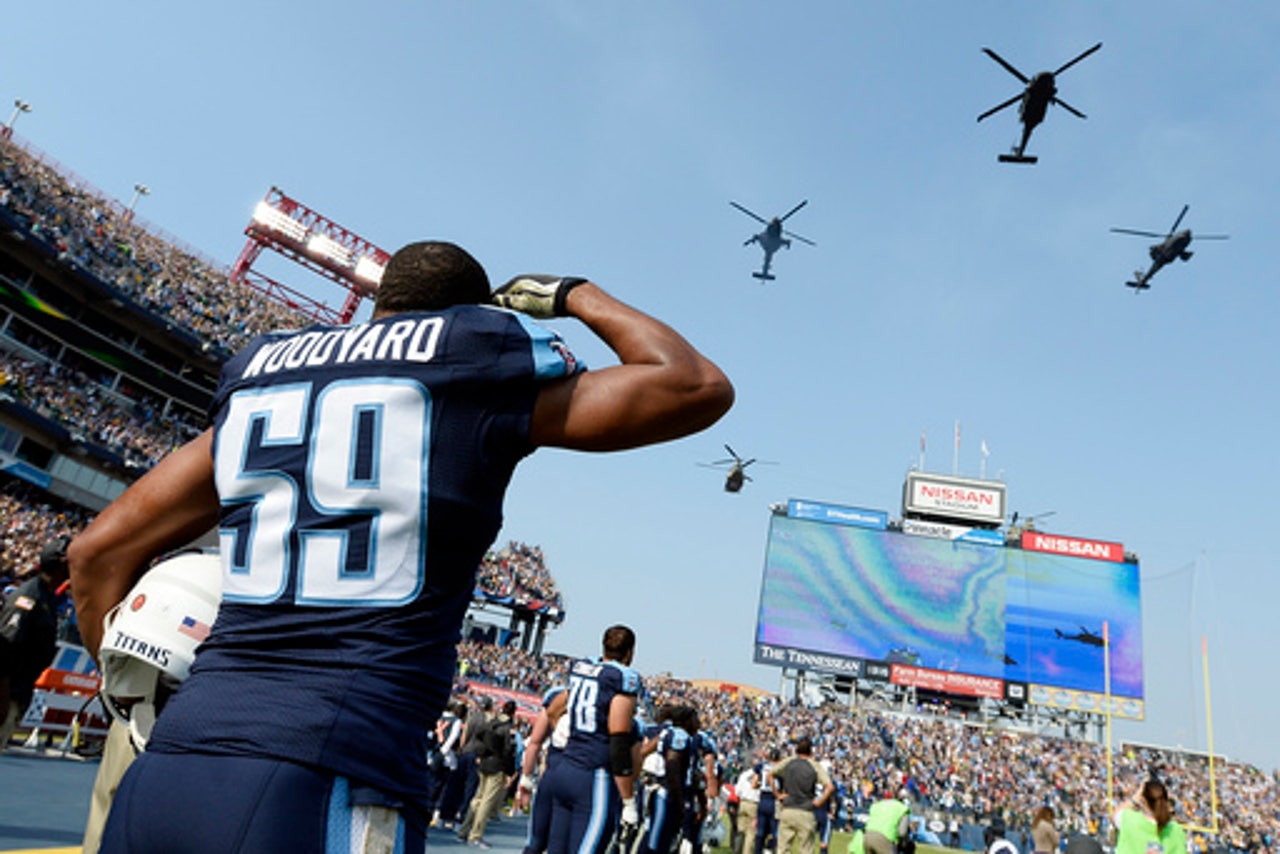 The Latest on Week 10 of the NFL season (all times local):

Tennessee running back DeMarco Murray needed only one carry Sunday to match a franchise record originally set by Earl Campbell.

Murray took his first handoff 75 yards for a touchdown Sunday against Green Bay, giving him his fifth straight game with at least one rushing touchdown. Campbell, now in the Pro Football Hall of Fame, did that in 1979 for the then-Houston Oilers.

The Titans running back came into Sunday as the NFL's second-leading rusher in his first season in Tennessee. Murray had been tied with LenDale White (2008), Eddie George (2000), Gary Brown (1993), Alonzo Highsmith (1989) and Campbell (1981) with four straight games with a rushing TD.

The Jacksonville Jaguars have failed once again to score a touchdown on their opening possession, extending the NFL's longest current TD drought to open games.

Jacksonville's streak is now at 23 games after Blake Bortles threw an interception against Houston on Sunday. Kareem Jackson stepped in front of Allen Hurns and returned it 42 yards for a score.

The Jaguars haven't found the end zone on their opening drive since Week 2 of the 2015 season against Miami. Since then, they have 17 punts, three field goals and now three turnovers - all interceptions this season - in their initial possessions. Bortles also threw opening-drive picks against Green Bay and Chicago.

As Odell's World Turns
Odell Beckham Jr. has never been one to shy away from the spotlight. And this week has been no different.
2 hours ago

Stakes still high for struggling Giants, Eagles
The Giants and Eagles are woeful, but one can take a big step in the NFC East race Thursday. FOX Bet previews how to wager on this one.
4 hours ago

The Wright Tiers
The 'Herd Hierarchy' finally has some competition. Here are Nick Wright's NFL tiers heading into Week 7.
5 hours ago

Worth The Risk?
Antonio Brown's name is being attached to the Seahawks. Should Russell Wilson & Co. roll the dice on the mercurial wideout?
7 hours ago
those were the latest stories
Want to see more?
View All Stories
Fox Sports™ and © 2020 Fox Media LLC and Fox Sports Interactive Media, LLC. All rights reserved. Use of this website (including any and all parts and components) constitutes your acceptance of these Terms of Use and Updated Privacy Policy. Advertising Choices. Do Not Sell my Personal Info