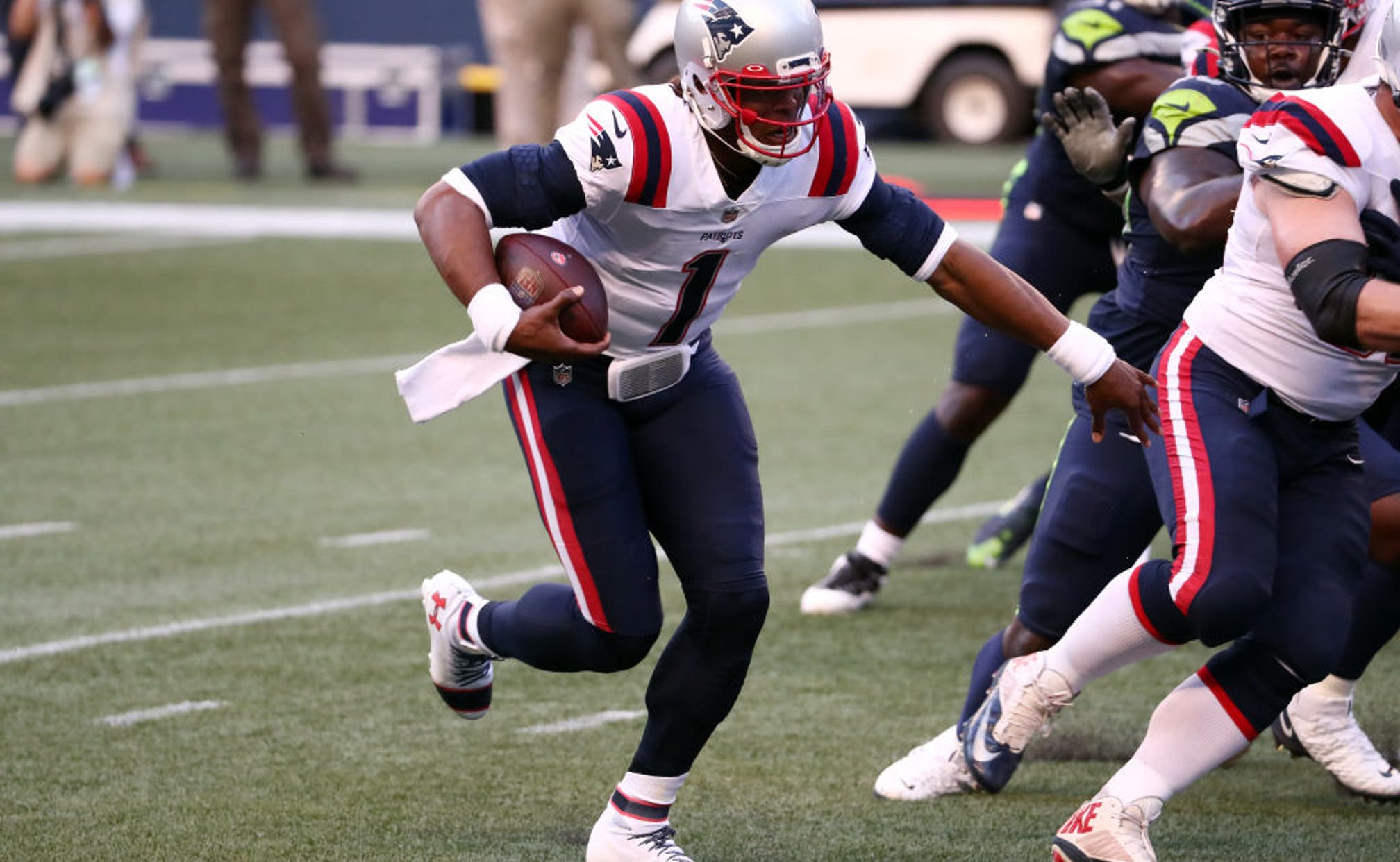 The Seattle Seahawks eked out a victory over Bill Belichick, Cam Newton the New England Patriots on Sunday night, 35-30.

Here are the key takeaways from Sunday night's thriller in Seattle:

Before his Patriots took on Seattle, Bill Belichick had some high praise for Seahawks QB Russell Wilson earlier this week.

Wilson is now 3-1 against the Patriots, and Sunday might have been his best performance against master defensive-mind Belichick.

In four career games against the Patriots, Wilson is now 74-for-113 passing (65.5 completion percentage) for 1,176 yards, 13 touchdowns and 2 interceptions.

2. Super Cam is back

It took an incredible effort from Wilson to overcome a vintage performance from Cam Newton on Sunday night.

With 1:49 left, Seattle punted the ball to the New England 19-yard line, giving Cam one last opportunity to pull off the victory.

And boy, did he almost make the most of that opportunity.

Newton used his arm and legs to carry the Pats all the way down to the Seattle 1-yard line with 3 seconds left.

It took a gargantuan effort from the Seattle defense – which Newton had carved up most of the night – to seal the win for the Seahawks.

Wilson and Newton put on a quarterback duel for the ages, with both veteran QBs throwing haymakers throughout the night and staking their claims as early MVP favorites.

Through the first two weeks, Wilson has been unstoppable.

In fact, he's essentially the new-age John Elway – if you compare the two in the context of Bill Belichick.

On the other side of the ball Sunday was Newton, who missed 14 games last season but doesn't look like he's skipped a beat.

And while Lamar Jackson is the reigning MVP and a nightmare for defenses to stop when he decides to scamper, Newton is officially the greatest scoring threat from the quarterback position on the ground as of Sunday.

A Tale Of Two 5-2 Teams
The Rams and Bears are both 5-2, but after their Monday night matchup, it's clear both teams are on different levels.
8 hours ago

Help Wanted In Dallas
The Cowboys are on pace for one of the worst seasons in franchise history. Is it time for Jerry Jones to clean house?
13 hours ago

The Unexpected and the Uncanny
Week 7 was the craziest of the season so far, even though it featured a few predictable performances, writes Charlotte Wilder.
16 hours ago

No Passing These Bucs
In his Week 7 review, Geoff Schwartz explains why Tampa Bay is the NFL's best team. Plus, Mike McCarthy is in trouble in Dallas.
16 hours ago

Spitting Image
Sunday night proved that Kyler Murray is chasing Russell Wilson for the title of 'Best Undersized Quarterback' in the NFL.
19 hours ago
those were the latest stories
Want to see more?
View All Stories
Fox Sports™ and © 2020 Fox Media LLC and Fox Sports Interactive Media, LLC. All rights reserved. Use of this website (including any and all parts and components) constitutes your acceptance of these Terms of Use and Updated Privacy Policy. Advertising Choices. Do Not Sell my Personal Info