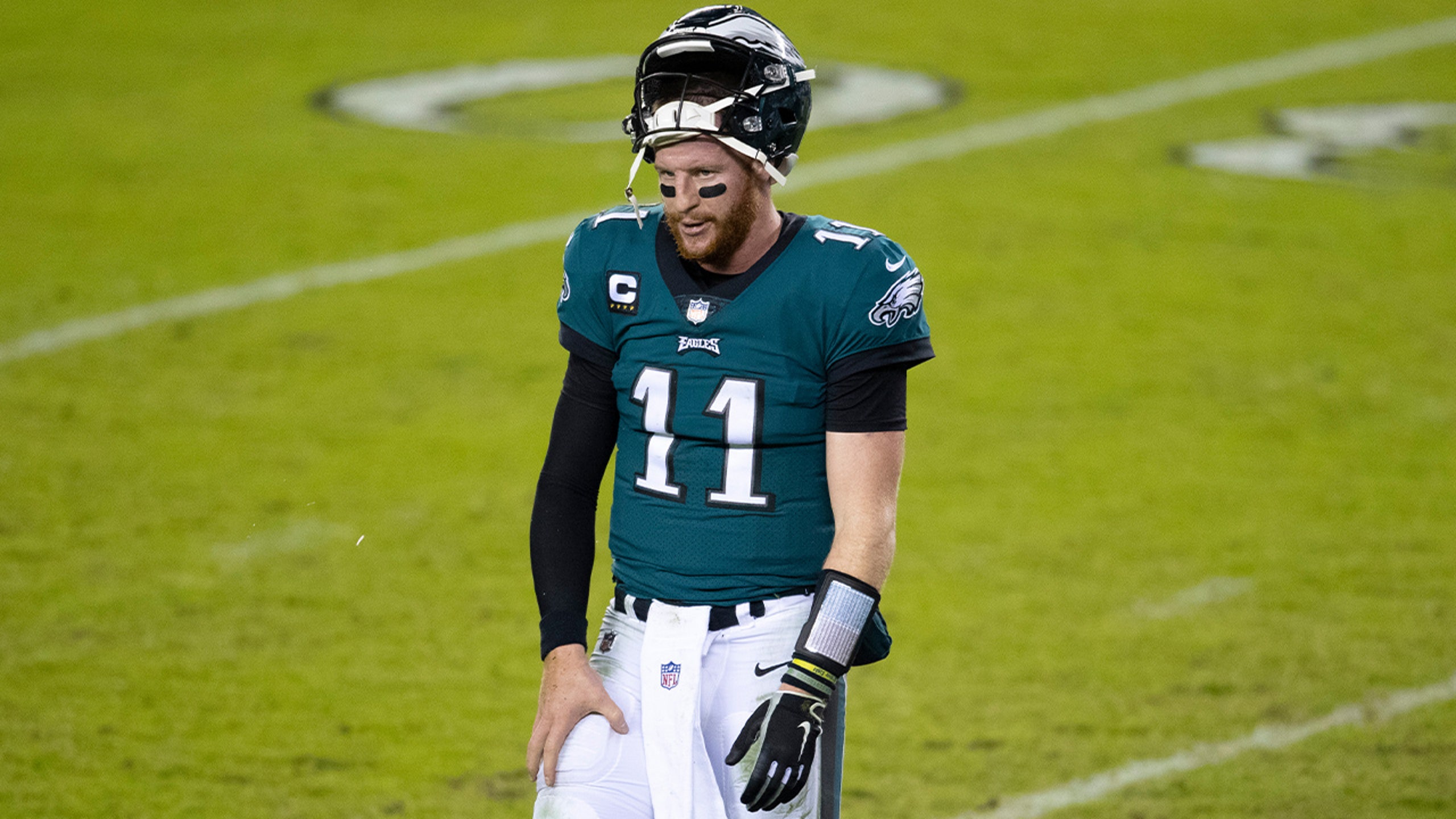 The offseason overhaul in Philadelphia has reached full tilt.

On Thursday, the Philadelphia Eagles agreed to trade Carson Wentz to the Indianapolis Colts, per ESPN's Adam Schefter.

The return for Philly includes a 2021 third-round pick and a conditional 2022 second-rounder, which becomes a first-round pick if Wentz or the Colts meet certain thresholds.

For Indianapolis, head coach Frank Reich reunites with a quarterback he's had past success with, back when Reich was Philadelphia's offensive coordinator from 2016-17.

It also fills the Colts' void at the position left by Philip Rivers, who announced his retirement last month, after 17 seasons in the NFL.

And on Thursday morning, Skip Bayless said that Reich is the only person that could potentially help revitalize Wentz's career.

"Maybe a change of scenery will be best for him. He could not have hand-picked a better place to go."

The move comes after the Eagles parted ways with former head coach Doug Pederson on Jan. 11 and hired Nick Sirianni to replace him on Jan. 21.

The trade signals the end of a long and strange saga in the City of Brotherly Love, one in which the 28-year-old Wentz went from a blossoming MVP candidate in 2017 to being benched for a rookie quarterback in 2020.

And after the trade went down, Shannon Sharpe said that Philly failing to get a better haul for Wentz was inevitable after he was benched for rookie Jalen Hurts.

Drafted second overall in the 2016 NFL Draft, Wentz started 16 games for the Eagles during his rookie campaign, setting franchise records along the way.

In his second season, Wentz threw for a career-high 33 touchdowns with seven interceptions, looking every bit the part of a potential league MVP in 13 games played. He powered Philly to an 11-2 regular-season record before an injury ended his season, giving way to Nick Foles.

Foles memorably guided the Eagles to their first NFL championship in a 41-33 win over the New England Patriots in Super Bowl LII.

Injuries plagued Wentz again the following year, as Foles started five regular-season games and Philadelphia's two playoff games. As a quarterback controversy percolated prior to the 2019 season, the Eagles exercised Wentz's fifth-year option for 2020 in April and signed him to a four-year, $128 million contract extension in June.

Meanwhile, Foles signed with the Jacksonville Jaguars as a free agent in March 2019.

Wentz finished the 2019 regular season with 4,039 passing yards, 27 touchdowns and seven picks, becoming the first QB in NFL history to reach the 4,000-yard mark without any wide receiver tallying at least 500 receiving yards.

But the injury bug struck Wentz again, as he suffered a concussion in the first quarter of Philadelphia's wild-card loss to the Seattle Seahawks.

This past season saw Wentz's production fall off a cliff.

In Week 13, Wentz was sent to the bench in a 30-16 loss to the Green Bay Packers, with rookie Jalen Hurts stepping in to finish the game.

Hurts was named the starter in Week 14 against the New Orleans Saints and now, presumably, will retain that role heading into the 2021 season.

At the very least, Hurts won't have Wentz to compete with for the starting job.

Wentz ends his career in Philadelphia with a 35-32-1 record. He finishes fourth in franchise history in passing yards (16,811) and touchdown passes (113).

Trading Wentz, assuming it becomes official before March 19, leaves the Eagles with a massive cap hit of $33.8 million.

It's a big price to pay and one they'll have to cope with as they rip the Wentz band-aid off once and for all.

Visions of greatness?
Some think New England has the chance to snag a QB reminiscent of a former Patriots legend with the No. 15 pick in the NFL Draft.
4 mins ago