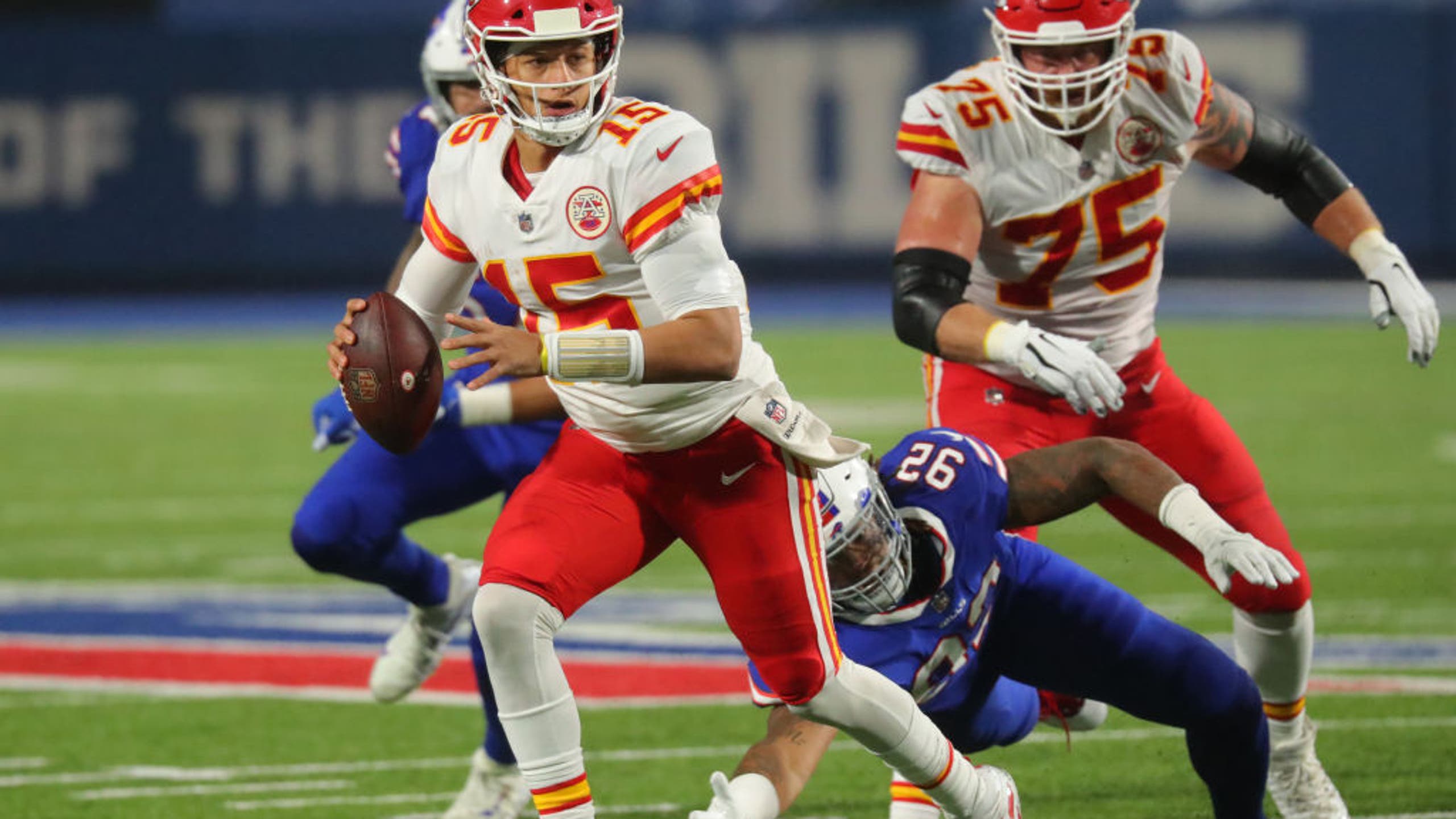 Championship weekend is set, and these two matchups are fantastic.

Here are my early thoughts for the weekend ahead:

The Bucs will win if ...
... they win the turnover battle. Tampa Bay dominated the Packers way back in October, winning 38-10 to hand Green Bay its first loss. The Bucs forced two turnovers, turning those miscues into 14 points – one touchdown coming on an interception return and another coming from a short field.

In their 30-20 victory over the Saints on Sunday in the NFC divisional playoffs, the Bucs forced four turnovers, turning three of them into 21 points. When the Bucs started an offensive drive without a turnover, they punted four times, kicked field goals on three others and ended the game with the ball.

Tampa Bay needs to force turnovers to beat Green Bay. I know it’s cliché, but with the Packers' offense continuing to ascend, as evidenced by their complete domination of the Rams' defense on Saturday, they will be tough to stop without turnovers.

The Packers will win if ...
... they can just be themselves. I think the Packers are the best team in the NFL at this moment, and they are my Super Bowl favorites. They enter this rematch with the Bucs as the No. 1 offense in the NFL.

Against the Rams' defense, regarded as the best pass defense in the league, the Packers had the ball nine times. They scored on six of those possessions, ended another with a drop and finished the game taking a knee. Their confidence is off the charts, and they just need to play their game offensively.

On defense, Green Bay is a bend-but-don’t-break unit, and the Packers seem to be moving closer to a don’t-break unit. They’ve continued to make just enough plays to complement the offense. They won’t be perfect, but this defense doesn’t need to be perfect.

Running the ball keeps the chains moving, and it helps the action when Rodgers is on the move or the Packers want to take a shot. Running also helps protect the backup left tackle from having to pass protect on third down. The Bucs' rushing defense is the best in the NFL at stopping the run between the tackles. If the Bucs can stop the Packers' ground game, that will get Green Bay into third-and-long situations. That is when the Bucs' pass rush can get after Rodgers, something they did in the first matchup.

How I'm betting this one:
Hard lean to the Packers in this contest. They are just better, and they are playing better. Rodgers is fantastic in the cold at Lambeau Field. These Packers have the feel of a championship team. If the Bucs can’t force any turnovers, this one won’t be close.

The Bills will win if ...
... they win in the red zone. The Bills' defense was outstanding in the red zone in playoff victories over the Colts and Ravens. Buffalo allowed only two touchdowns in eight red zone trips in the two games. The Colts, who scored those two TDs, kicked a field goal, failed on fourth down and missed a field goal in their loss. The Ravens' three trips into the red zone ended with a missed field goal, a 101-yard pick-six and an unsuccessful fourth-down attempt.

It’s imperative that the Bills continue this red zone success because limiting the Chiefs to field goals instead of touchdowns is how you beat them.

While the Buffalo defense needs to continue its red zone success, the Bills' offense must take advantage of the Chiefs' poor red zone defense. KC is dead last in the NFL in allowing touchdowns when opponents get inside the 20, yielding a TD nearly 75 percent of the time. That’s not good, and it’s where this game will be won.

If the Bills can limit the Chiefs in scoring situations while converting their own opportunities, that will be the difference in this game.

The Chiefs will win if ...
... they finally shut down an opponent. The Chiefs haven’t covered a game in their past nine contests, including Sunday, when they lost the cover against Cleveland after Mahomes left the game to be evaluated for a concussion.

The Chiefs haven’t covered because they haven’t finished drives in the second half. K.C. was up 17-0 against the Bucs and finished with a 27-24 win. The Chiefs were leading Miami 30-10, then held on to win 33-27. There are more examples, but the Chiefs have had plenty of opportunities to put opponents away.

Even Sunday, they missed a chance. The Chiefs were up 19-3 when Browns quarterback Baker Mayfield threw an interception to start the second half. The Chiefs started their drive at the Cleveland 19-yard line – 19 yards for a 26-3 lead. They proceeded to go three-and-out and miss a field goal. Ugh.

One might assume that the Chiefs haven’t finished games because of conservative coaching. That’s not the case. In fact, they’ve won games with Andy Reid being aggressive to end a contest.

The best thing Mahomes has done for Andy Reid — besides, of course, winning him a Super Bowl — is transform the once conservative coach into a risk taker. Take Sunday, for example. The Chiefs were without Mahomes, playing Chad Henne and leading 22-17 late in the fourth quarter. Facing fourth-and-1 at their own 48, it would have made sense for K.C. to punt and give the ball back to the Browns' offense with no timeouts and a little less than 1:30 left.

To the surprise of everyone, including the Browns' coaches, Reid ran a play. And it worked! Reid's confidence in his team ended any hope the Browns had.

Matchup to watch:
The chess match between Leslie Frazier and Reid will be fascinating. Frazier, the Bills' defensive coordinator, has guided a unit that has improved throughout the season. His defense will need to play its best game so far on Sunday at Arrowhead.

In the divisional-round victory over Baltimore, Frazier had his unit prepared to shut down the Ravens' rushing attack. The Bills were fantastic. They played disciplined football, not allowing Lamar Jackson to get outside. They kept moving defenders into rushing lanes. It was beautiful. When it was time for the Ravens to pass, the Bills were able to get into Jackson’s face and cause issues. The Bills will need all of that to win Sunday.

We saw the Chiefs run through the Bills in mid-October, rushing for 245 yards in a 26-17 victory at Buffalo. The Bills' defense is much better against the run, and the Chiefs' offensive line has regressed running the ball.

This game, like most against the Chiefs, comes down to stopping K.C.'s passing attack. Defenses must rush four and then mix up coverages. If you get predictable, you’re toast. You have to confuse Mahomes, and even if it’s for just a second, that can allow pressure on Mahomes to force him into a bad pass. Plus, if Mahomes' toe is an issue, his mobility will be limited.

How I'm betting this one:
This line is clearly set with the expectation that Mahomes is playing. While I do believe the Chiefs are the better team and should win, my initial thought is taking the Bills and the points here.

Maybe I’m just a worry wart, but I am concerned about the Chiefs limping to the finish line in most games. The Bills are not the team to try this against, as they play well at the end of games. They are well-rounded, they are dialed in on both sides of the ball, and they won’t be intimidated by the moment.

The Prayer, Unanswered
In our Black History Month series, RJ Young looks at the career of Eldridge Dickey, the first Black QB selected in the first round of the draft.
12 hours ago

Watching Watson
The Deshaun Watson saga in Houston continues, as despite Watson's face-to-face with the coach, the Texans aren't willing to budge.
13 hours ago

Wilson's Short List
Colin Cowherd broke down the best fits for Russell Wilson based on the preferred destinations of the superstar quarterback.
20 hours ago

Follow The People’s Sports Podcast
When Charlotte Wilder and Mark Titus started 'The People's Sports Podcast,' the goal was simple: Have fun. Mission accomplished!
22 hours ago