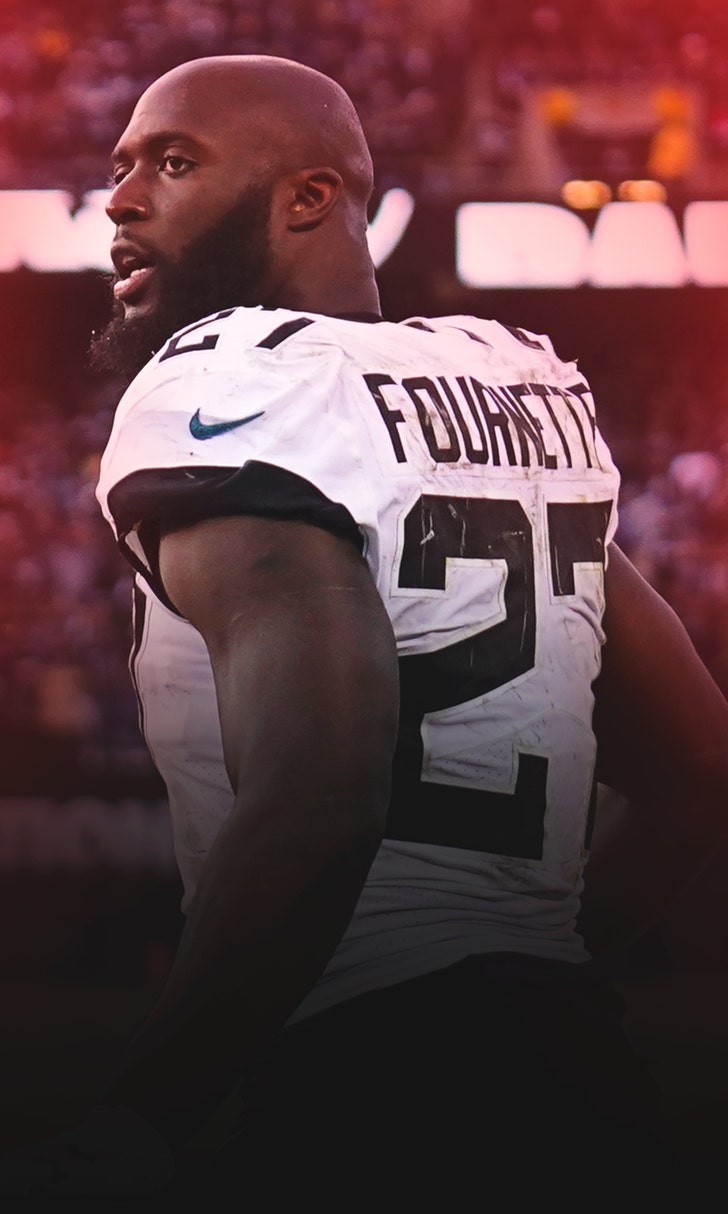 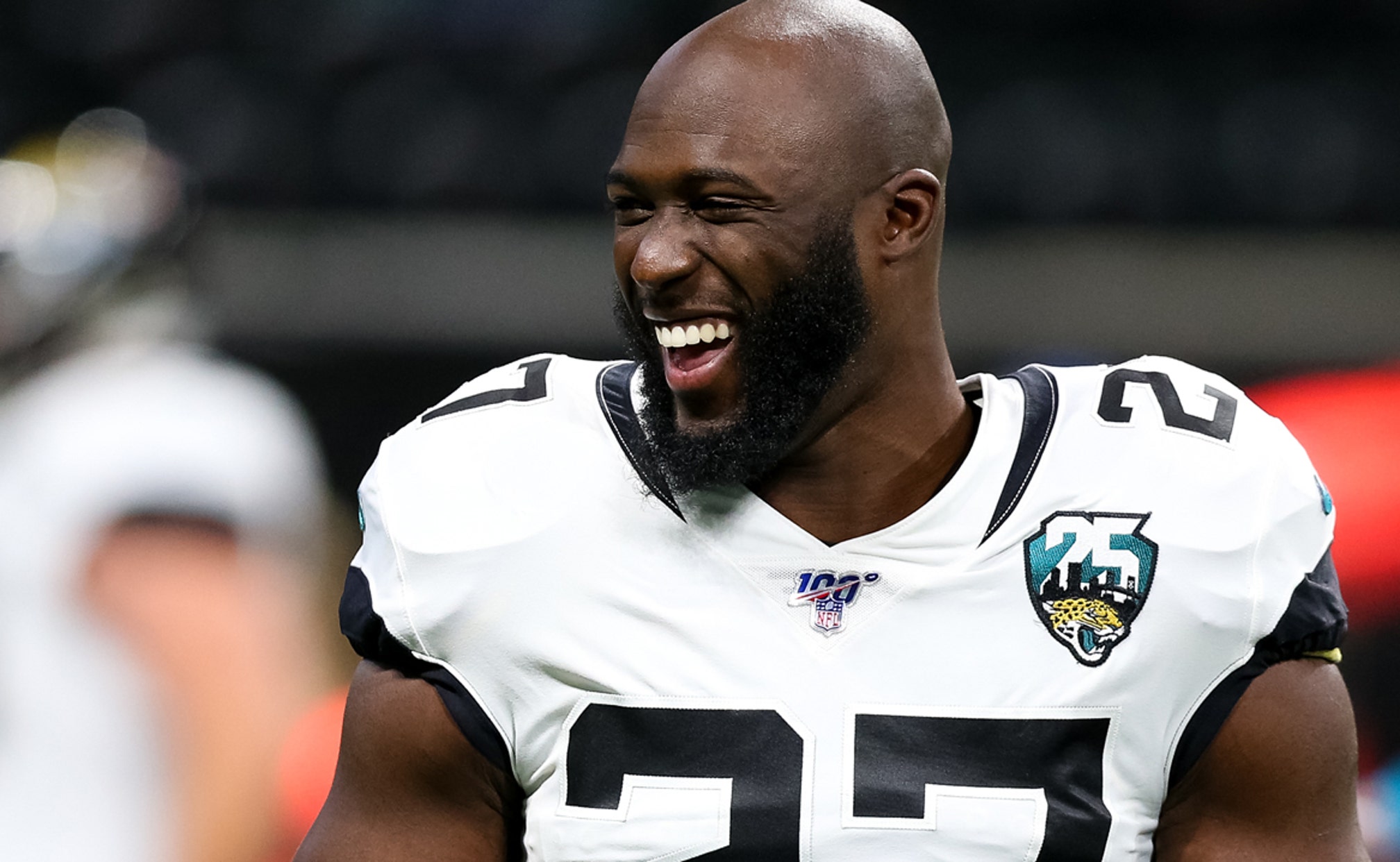 Tom Brady Gets Another Weapon

As if the Tampa Bay Buccaneers needed any more help on offense headed into the 2020 season, the team has signed free agent running back Leonard Fournette, according to multiple reports.

The 2017 fourth overall pick was released by the Jaguars earlier this week after they chose not to pick up his fifth-year option. Instead, he'll become the latest offensive weapon for the Bucs, who added the legendary Tom Brady at quarterback and his old running mate, tight end Rob Gronkowski, to an already stellar receiving corps this summer.

There were reports Wednesday that the New England Patriots, Gronk and Brady's old team, were interested in Fournette, but it would seem the chance to play with TB12's current team was more appealing to the former LSU star.

Fournette joins LeSean McCoy, who was also signed this offseason, in the Tampa Bay backfield. The Bucs were tied for 27th in yards per rushing attempt last year at 3.7 and 28th in expected points added by their running game.

Fournette rushed for 1,152 yards on 4.3 yards per attempt last season, adding 522 receiving yards on 100 targets (76 receptions) and 3 total TDs. His time in Jacksonville was often tumultous, as he was injured in 2018 and suspended that same season for fighting, before a stellar 2019 campaign.

ESPN NFL analyst Damien Woody describes how he fits on the Bucs.

"He's clearly the most talented RB on that roster. I think he brings an element of psychicality that they don't have at the running back position."

And he's already receiving a warm welcome from his teammates in Tampa.

And one former Jags teammate congratulated him on the move.

After he was waived on Monday, Fournette thanked the fans in Jacksonville for their support.

Earlier this summer, he addressed rumors he was unhappy with the Jags: 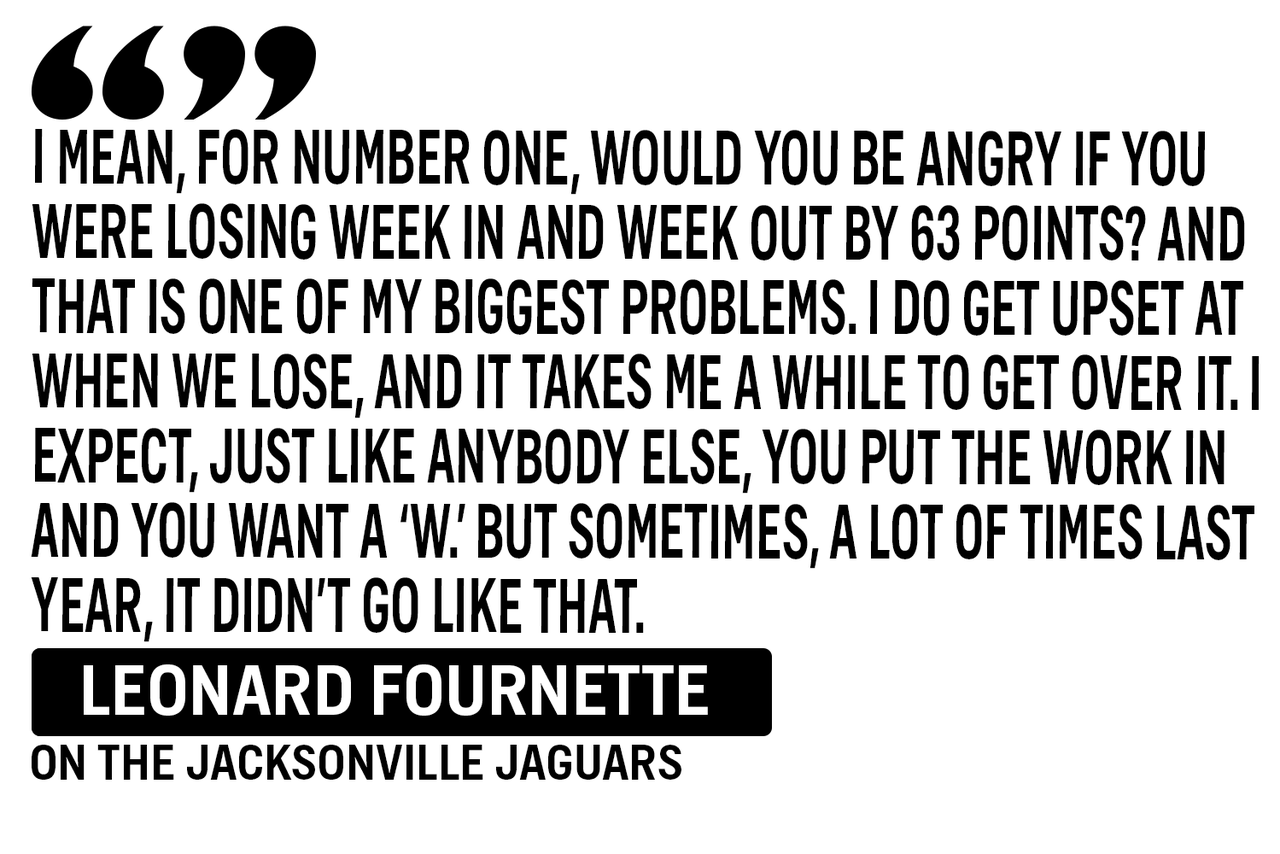 The Jaguars had tried to trade Fournette, but were unable to find any takers. Now, he'll try to help Brady & Co. take the Bucs from one of the NFL's worst franchises to a potential Super Bowl.

And Stephen A. Smith also likes their odds at the title.

"And now you've got Leonard Fournette who has the 1,000+ yards in two of his three seasons in the NFL."

After the move, FOX Bet has Tampa Bay as +1400 to win it all this season, the fifth-shortest odds in the league.

Get more from National Football League Add to your favorites to get information about games, news and more.
share story

Metcalf Gives It All, Seattle Falls Short
The Seahawks wide receiver made one of the defensive plays of the year, but Arizona came away with a wild, bizarre OT win.
11 hours ago

Latest on Andy Dalton, OBJ Injuries
Two big-name players and franchises suffered injuries on Sunday. Here's what you need to know.
17 hours ago

NFL's Top Plays Of Week 7
Sunday's slate featured some of the wildest endings in recent memory. Here are the biggest moments from Week 7.
20 hours ago
those were the latest stories
Want to see more?
View All Stories
Fox Sports™ and © 2020 Fox Media LLC and Fox Sports Interactive Media, LLC. All rights reserved. Use of this website (including any and all parts and components) constitutes your acceptance of these Terms of Use and Updated Privacy Policy. Advertising Choices. Do Not Sell my Personal Info