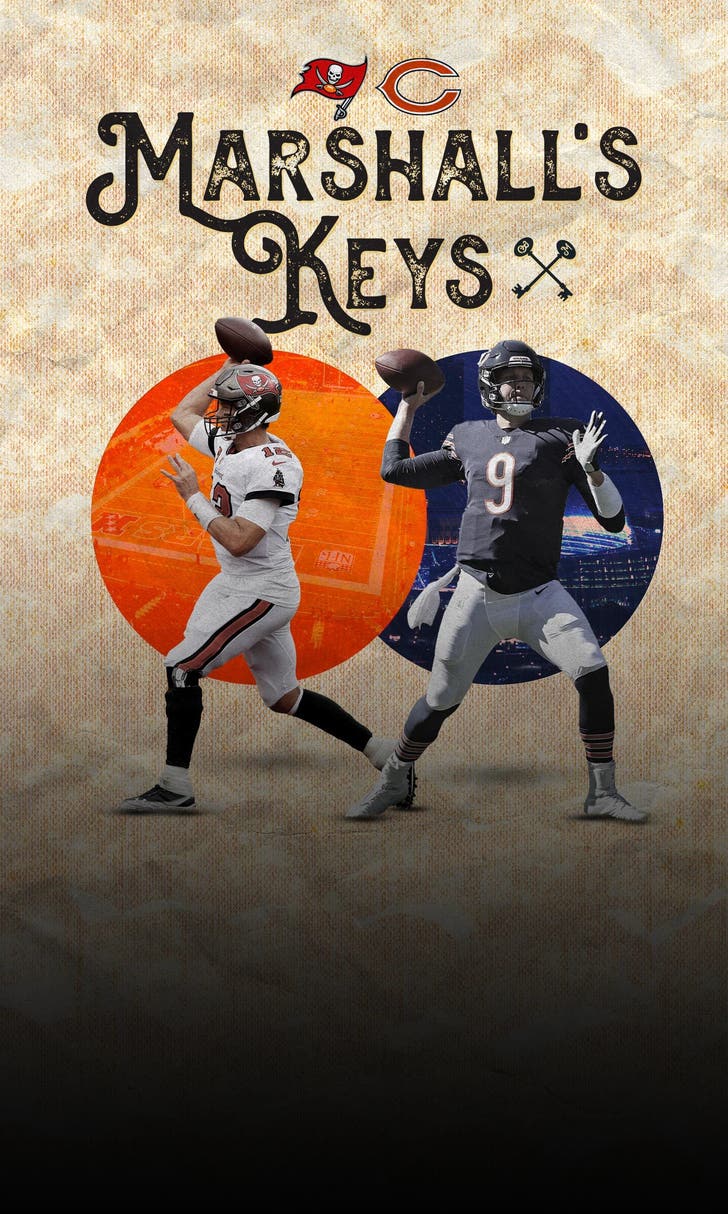 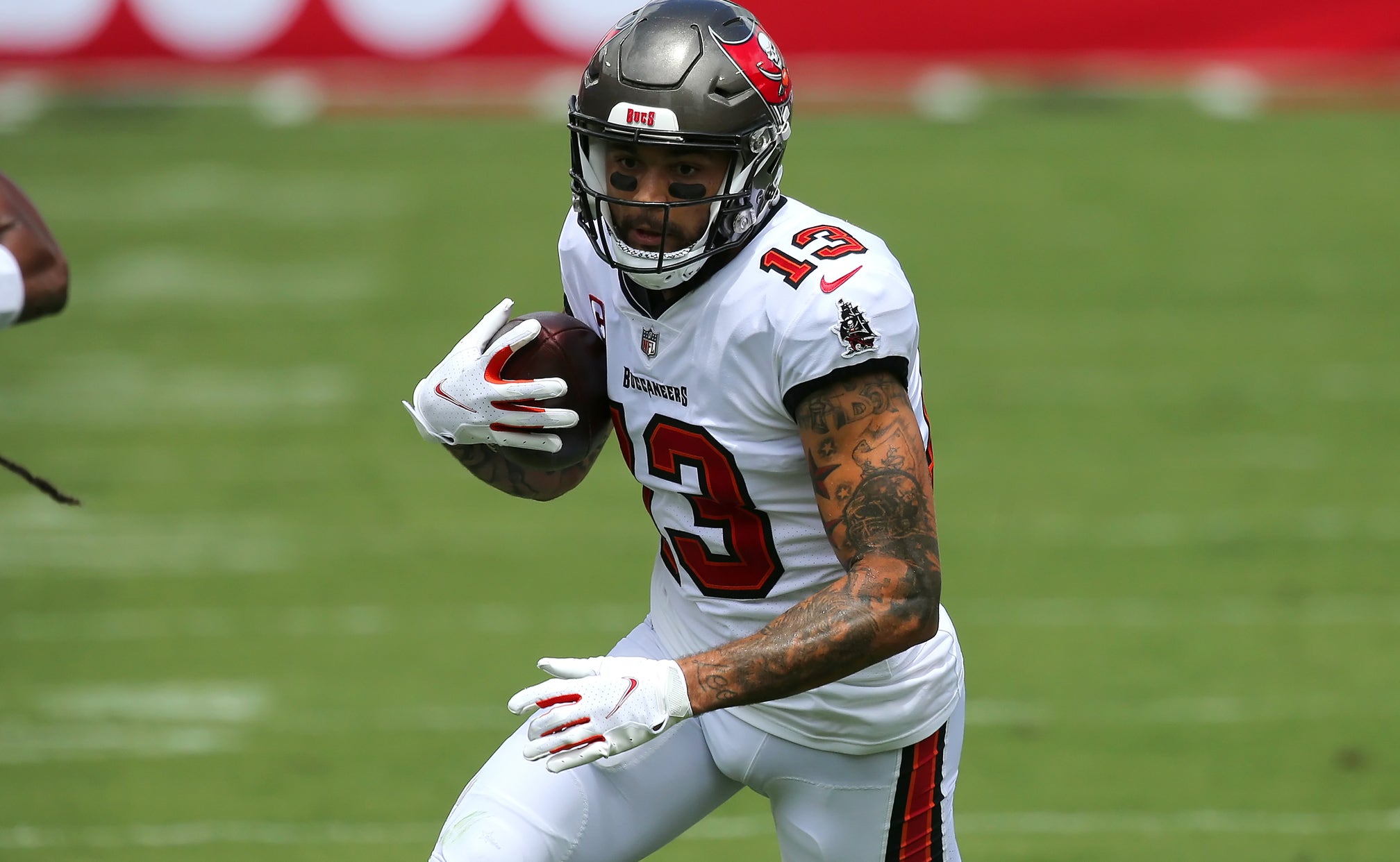 previous story
Time To Chalk It Up
next story
F For Effort?
National Football League

Although the Tampa Bay Buccaneers and Chicago Bears both sit at 3-1, the two teams seem to be trending in opposite directions.

Since losing its season-opener at New Orleans, Tampa Bay has won three straight games behind the arm of the legendary Tom Brady. The Bears, on the other hand, began the season 3-0, but benched their starter Mitch Trubisky in Week 3 in favor of former Super Bowl MVP Nick Foles.

Foles and the Bears then put on a mediocre performance in a 19-11 loss to Indianapolis in Week 4.

Tonight, the Bucs will play host to Chicago, and early Thursday morning, FOX Sports' Brandon Marshall laid out the keys to victory for Tom Brady and Co.

Brandon's Take: "Why do you do that against a defense that could potentially hold you to 2.5 yards a carry or 3 yards a carry? Because Tom Brady is 43! Do you really want to unleash this defensive line this week on Thursday Night Football? No."

The Bucs are currently ninth in the league in passing yards per game (273.8), but land at 27th when it comes to rushing yards per contest (97.8).

In fact, Tampa Bay is one of only only seven teams that average less than 100 yards per game rushing. Three of those seven teams (Houston, the New York Jets and the New York Giants) are winless on the season, and two more of those teams are 1-3 (Denver and Washington).

However, last week against the Los Angeles Chargers, running back Ronald Jones II rushed for 111 yards on 20 carries in a Tampa Bay win. And in that game, Brady set Buccaneers career-highs in passing yards (369), passing touchdowns (5), yards per attempt (8.0) and quarterback rating (117.0).

Brandon's Take: "They've done this well all year. They potentially have the best offensive line in the NFL. This rookie right tackle [Tristan] Wirfs is playing lights out ... [Ryan Jensen] is the best center in football right now ... You cannot let Khalil Mack tee-off on [Brady]."

So, what allowed Brady to have such an effective day through the air on Sunday?

Probably just the fact that he was standing.

Brady has been sacked fives times this season – thrice in Tampa Bay's lone loss at the hands of the Saints, and twice in Week 3 against the Denver Broncos.

Those sacks are understandable, considering New Orleans and Denver both have stout defensive fronts – both teams have tallied 10 sacks on the season – but outside of those two games, Tampa's offensive line has been remarkable.

Only the Indianapolis Colts, Tennessee Titans, Green Bay Packers and Kansas City Chiefs have given up fewer sacks this season.

Brandon's Take: "How many times do we watch Nick Foles throw the ball into triple-coverage or double-coverage? He's gonna give you an opportunity to make a play. Make the play if you wanna win this game."

With Sunday's loss to Indy, Nick Foles is now 26-23 as a starter in his career, and he has thrown four touchdowns and three interceptions in his past three games dating back to 2019.

All-time, Foles is 22-10 in games where he does not commit a turnover through the air.

Last week, his first start in Chicago was uneven to say the least. He completed 26 of 42 passes for 249 yards, a TD and an INT, and posted a quarterback rating of 76.4.

That was coming off of a Week 2 performance in which he subbed in for Trubisky and threw three touchdowns in the fourth quarter to rally Chicago to a 30-26 comeback win over Atlanta.

Which Foles will Tampa Bay get on Thursday? It could very well determine the outcome of the night.

Check out Brandon's full breakdown below:

Inside The Patriots' Shocking Decline
Something has changed in New England and it has done so with stunning rapidity, Martin Rogers writes.
8 hours ago

Playing Favorites In Week 8
A big-time NFC West clash leads Week 8, and Jason McIntyre's riding with the Seahawks in his parlays and teasers.
12 hours ago

MVP Watch: Brady Enters Fray
Russell Wilson has a firm lead in the MVP race, but a three-time winner with an unrivaled pedigree is creeping up the list.
15 hours ago

Newton's Flaw
After starting the season on a high, Cam Newton has come back down to earth ⁠– hard. Can he and the Pats salvage the season?
17 hours ago
those were the latest stories
Want to see more?
View All Stories
Fox Sports™ and © 2020 Fox Media LLC and Fox Sports Interactive Media, LLC. All rights reserved. Use of this website (including any and all parts and components) constitutes your acceptance of these Terms of Use and Updated Privacy Policy. Advertising Choices. Do Not Sell my Personal Info