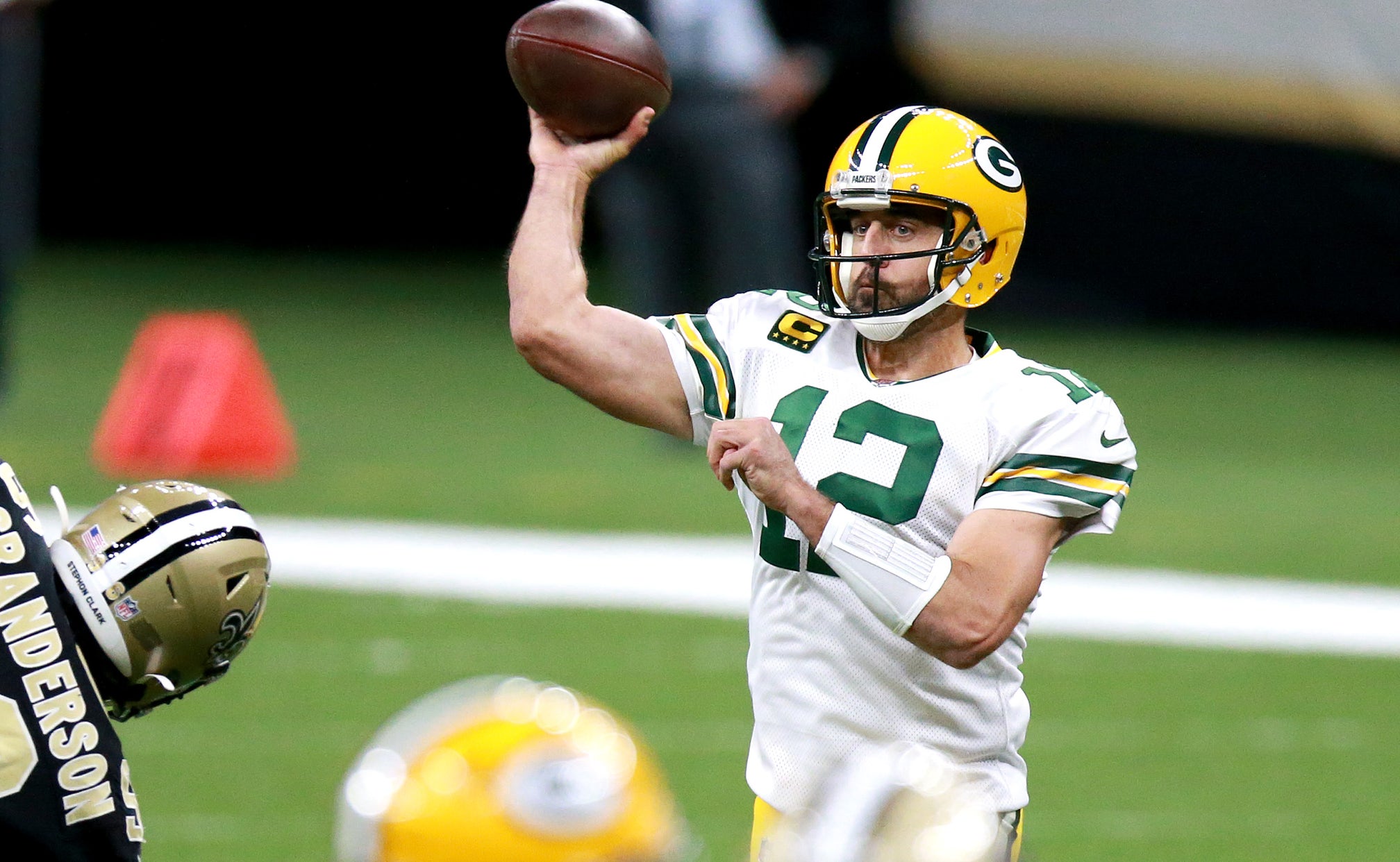 Two of the greatest quarterbacks in NFL history took the field on Sunday night.

Only one pushed his team to 3-0 on the season.

Here are the key takeaways from Green Bay's 37-30 win over the New Orleans Saints on Sunday Night Football.

Russell Wilson and Josh Allen have both led their respective squads to 3-0 records, and have put up stellar numbers in the process – but Aaron Rodgers is not to be ignored.

In the first three weeks of the season, Rodgers is connecting on 67.6 percent of his passes and has thrown six touchdowns compared to no interceptions.

His average quarterback rating is 119.4, and on Sunday, he was in typical A-Rod form.

2. Who the heck is Allen Lazard?

Seriously – who is he?

Lazard was undrafted coming out of college coming out of Iowa State after the 2017 season. He played in one game during the 2018 season with Green Bay, catching a single pass for 7 yards.

Everything changed on Sunday.

Lazard dominated the Saints secondary, coming up with nearly 31 percent of his production from last year in one night, in terms of receiving yards.

His performance even called for Rodgers to pause on his day job for a second and come to the aid of Lazard.

New Orleans is off to a slow start, winning only one of its first three games, and New Orleans has gotten off to slow starts multiple times since 2014, with mixed results as the season went on.

In each of the last two seasons, the Saints began the year 2-1 and eventually made the playoffs.

They are 1-2 in their three playoff matchups over the past two seasons.