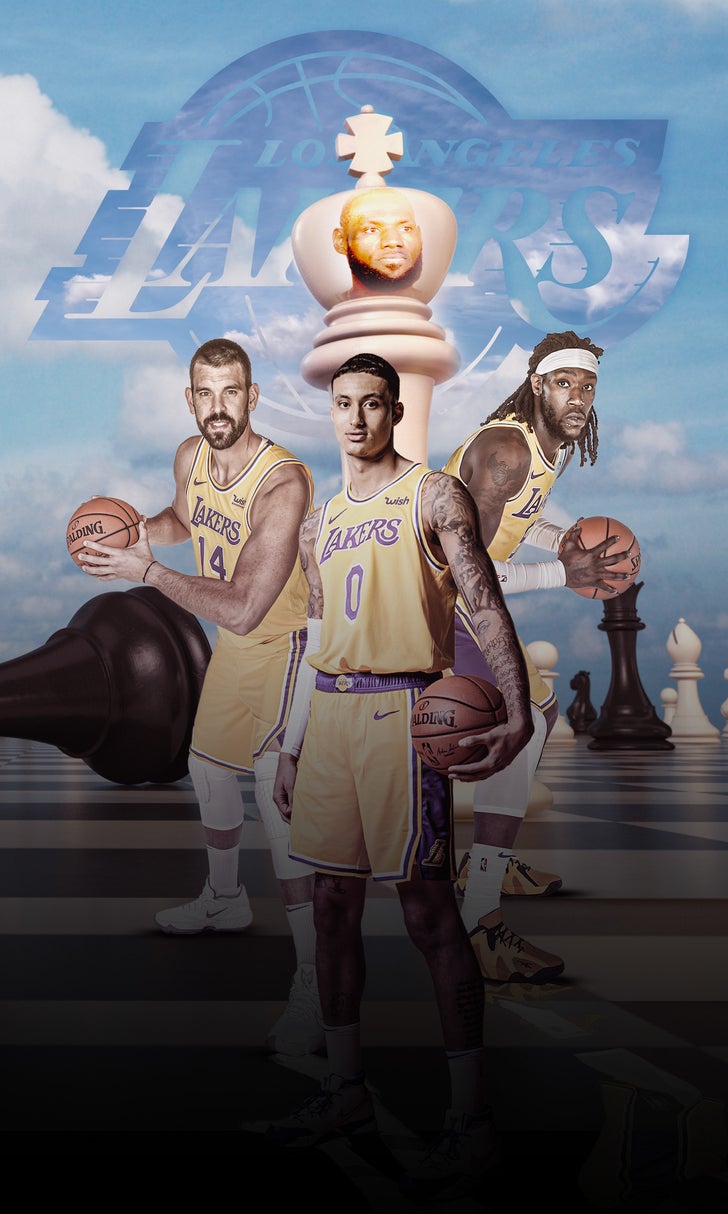 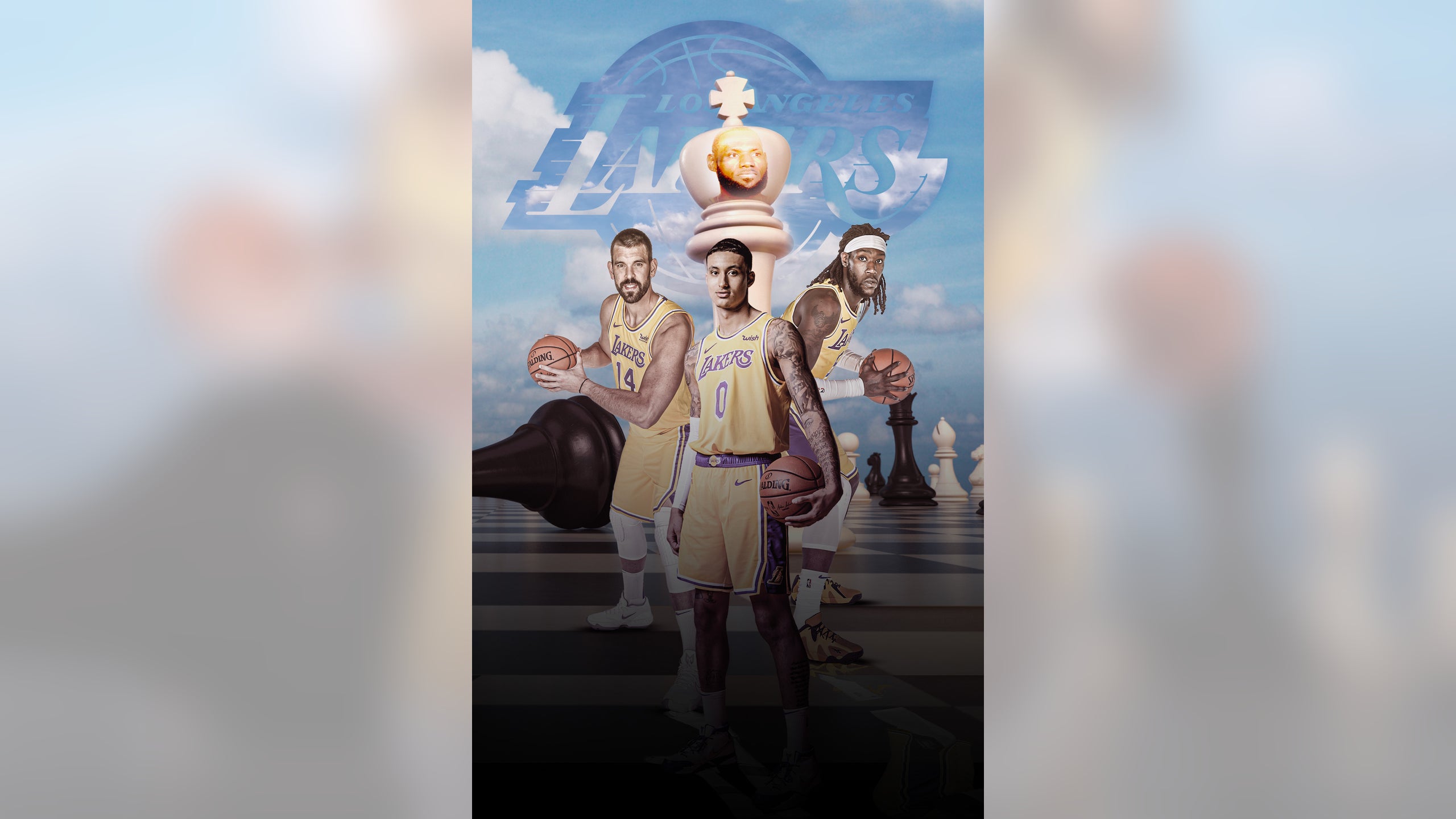 LeBron James, Lakers need Kyle Kuzma and others to step up with AD out

The defending NBA champions have a big hole to fill for at least the next few weeks.

Anthony Davis – who averaged a double-double with 25.0 points and 10.7 rebounds in the NBA Finals for the Los Angeles Lakers and is putting up 22.5 points and 8.4 rebounds this season – reportedly will be out at least two to three weeks because of an Achilles injury.

The good news is an MRI revealed Davis didn't suffer a rupture of the tendon, according to the team.

The bad news is LeBron James & Co. will have to power through without one of the game's best players.

The injury comes at a time when some analysts were already preaching caution about James being overextended.

Skip Bayless of "Undisputed" went as far as to say Feb. 9 that James was on a "dangerous pace":

In the 10 games prior to Sunday's loss to the Denver Nuggets ⁠— in which Davis got hurt ⁠— "The King" averaged 38.7 minutes per game.

Granted, the Lakers found themselves playing in overtime in three consecutive games during that stretch, but the minutes are undeniably piling up for the 36-year-old.

He's seventh in the league with 968 minutes played as of Tuesday morning, having started all 28 of Los Angeles' games this season.

In addition to leading the Lakers with 34.6 minutes per game, the King is tops on the team in usage percentage, at 31.4%.

In the short term, as FOX Sports NBA analyst Chris Broussard pointed out on "First Things First," James should be able to keep the Lakers afloat.

But given James' existing workload, it's fair to say he'll need some other Lakers to collectively pick up the slack in the coming weeks.

"It’s always next man up, no matter who’s out. We’re not asking anybody to pick up what AD does. You can’t do that. It’s impossible. He’s a special player and special talent for a reason. So everyone individually has to pick up their play for the collective of the team in AD’s absence."

Which players will be counted on to fill the void?

As James explained, nobody can singularly replace Davis, but the three players most likely to offer what he brings to the table are Kyle Kuzma, Montrezl Harrell and Marc Gasol. 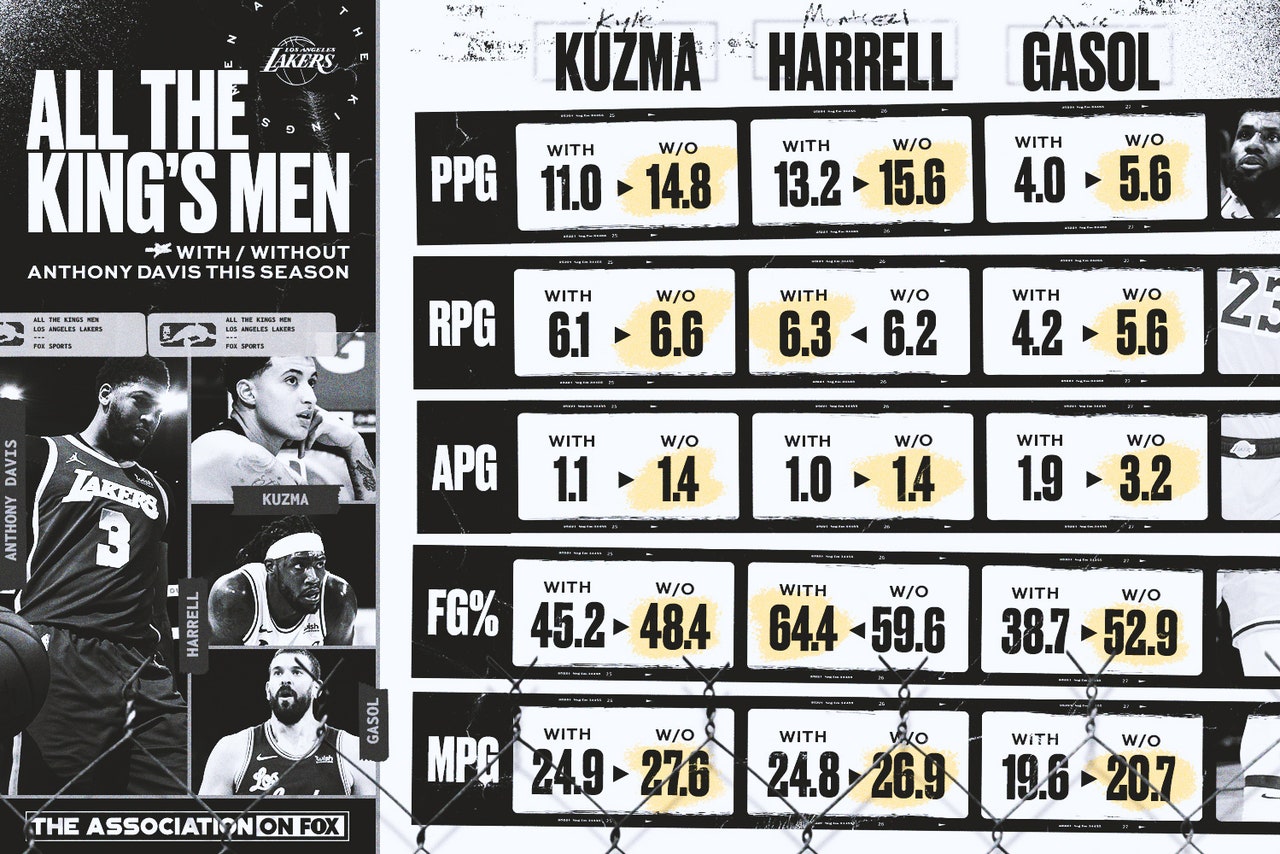 Kuzma's role is expected to shift from key bench piece to starter, and he'll be asked to close the gap on Davis' missing 22.5 points per game.

The 25-year-old acquitted himself nicely Sunday, getting an extended look after Davis went down and finishing the game with 19 points and eight rebounds in 26 minutes.

Harrell, the reigning Sixth Man of the Year, likely will also be tasked with ramping up his offensive production while providing a different look defensively.

The 6-foot-7 power forward/center has scored 20 or more points twice in the five games Davis has missed this season. Both instances came in winning efforts against the Oklahoma City Thunder.

As the tallest of the trio of Lakers expected to step up, Gasol is expected to provide more of a presence in the paint as a rim protector and cleanup guy, rather than an out-and-out scorer.

If those three players can up their respective games, the 21-7 Lakers should be able to weather the storm, even in an ultra-competitive Western Conference.

Those efforts can take them only so far, though, including if James sees an uptick in his time on the floor.

Marcellus Wiley did the research for "Speak For Yourself," and despite the team's 4-1 record without AD this season, he said there's more there than meets the eye.

The Lakers are putting the pieces together for now, but the sooner they get Davis back, the better.

Nick Wright's NBA Player Pyramid
Nick Wright is back causing a ruckus with his pecking order of NBA players. Take a look at how he stacks up the biggest stars.
19 hours ago