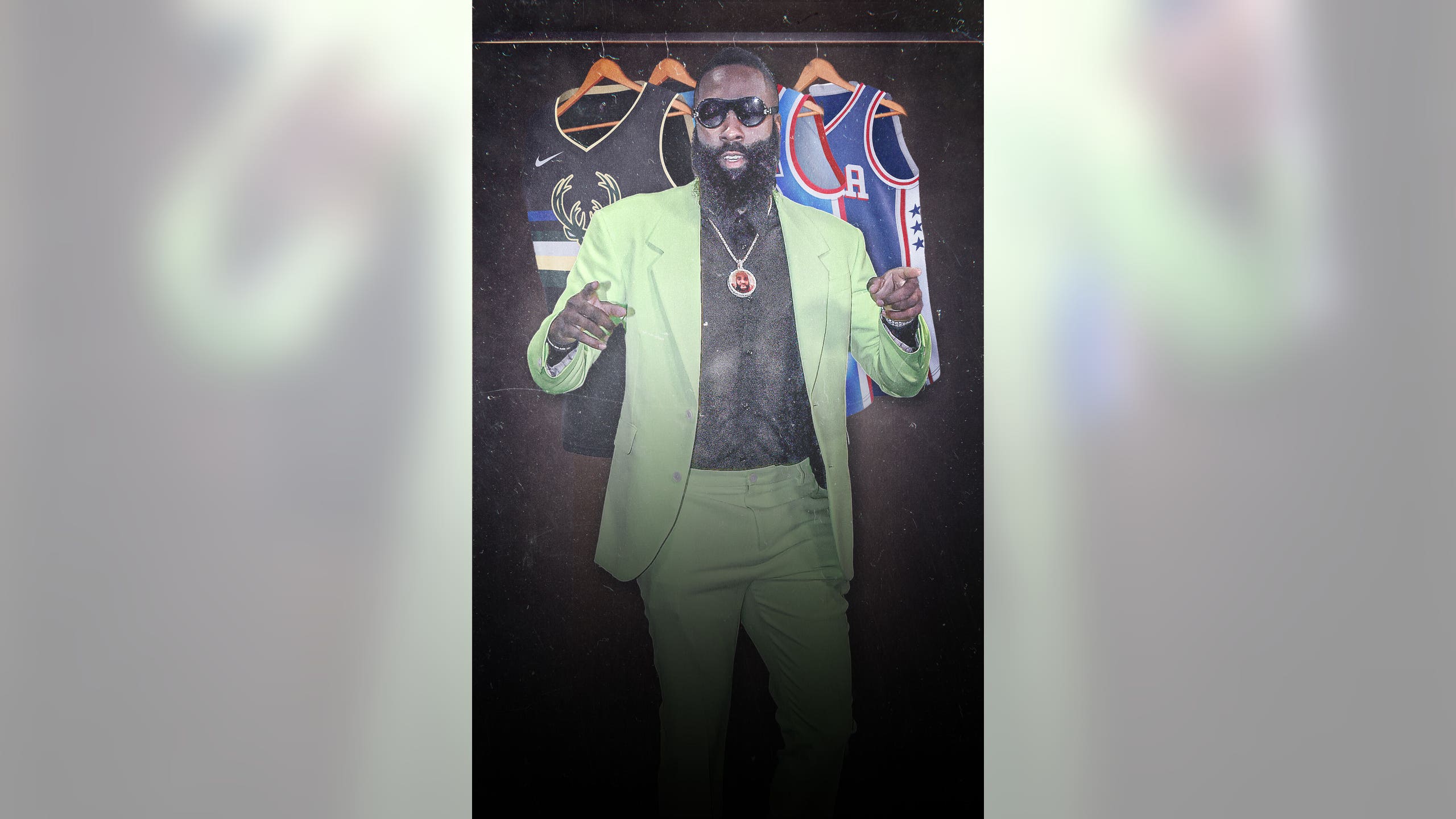 After eight seasons with the Houston Rockets, James Harden appears to want out of H-Town, hoping to land with a contender.

The Beard initially had the Philadelphia 76ers and Brooklyn Nets on his wish list of destinations, but now, he's added two more Eastern Conference playoff teams to the mix: the Miami Heat and the Milwaukee Bucks.

It's been a busy offseason for the Rockets, following the departure of general manager Daryl Morey and a blockbuster trade that saw Russell Westbrook shipped to the Washington Wizards in exchange for John Wall.

But would they be willing to part ways with Harden, a seven-time All-NBA selection, too?

On Thursday's Undisputed, Shannon Sharpe said Harden has put the Rockets in a "tough situation" in attempting to force the team's hand.

Let's say the Rockets are ready to move Harden. How would a move the Bucks transpire?

According to Nick Wright of First Things First, it wouldn't. As dynamic as a partnership with GIannis Antetokounmpo could be, the Bucks just gave up a mint to acquire Jrue Holiday in a four-team trade.

That dearth of assets leaves the Bucks largely out of the equation in Wright's eyes.

If the Bucks can't rustle up the goods to make a trade work out, what about the other newcomer on Harden's list, the Heat?

But Skip Bayless threw cold water on the idea, while imagining a world where Harden does wind up alongside Giannis.

With Kevin Durant, Kyrie Irving and a bevy of solid other pros, the Nets still present a very interesting prospect.

The Rockets might be tempted if Brooklyn offered up Kyrie in a hypothetical deal, once again allowing Houston to make a star-for-star swap.

If that trade came off, a duo of Harden and Durant would be a nightmare for opposing defenses.

Since the 2009-10 season, Durant and Harden have won the NBA's scoring title a combined seven times. And in the years one of the two didn't win the title, either Harden or Durant finished second.

As Wright put it, they'd be "terrifying" in Brooklyn.

However, Kevin Durant has addressed the rumors and said, "I don't think about James Harden at all. He doesn't play on our team."

And as ESPN's Malika Andrews pointed out, the chances are low that the Nets would make a play for Harden that requires offloading Irving.

"Brooklyn, I've been told, has been clear from the beginning. They are not willing to give up ... the moon and the stars in order to land James Harden. They like who they have."

Which leaves the Sixers and a potential reunion with Daryl Morey, Philly's new president of basketball operations.

Morey has long been an admirer of Harden, even going as far as to say, "James Harden changed my life."

Pulling the trigger for Harden would be a huge move in Morey's first season with the Sixers, and would likely require sending either Ben Simmons or Joel Embiid the other way in a trade.

That could leave the Sixers and Rockets at an impasse, as Houston reportedly desires Simmons, while Philadelphia reportedly isn't interested in offloading the No. 1 overall pick from the 2016 NBA Draft.

Which leads back to Houston. Is the most likely scenario that Harden just remains a Rocket, given all the variables at play?

The only certainty in the NBA is uncertainty ⁠— especially in the era of players calling the shots ⁠— but the oddsmakers at FOX Bet do see the status quo as the favored outcome.

Remembering Kobe: A Helping Hand
After Gordon Hayward suffered a traumatic leg injury in October 2017, his relationship with Kobe Bryant began to blossom.
13 hours ago