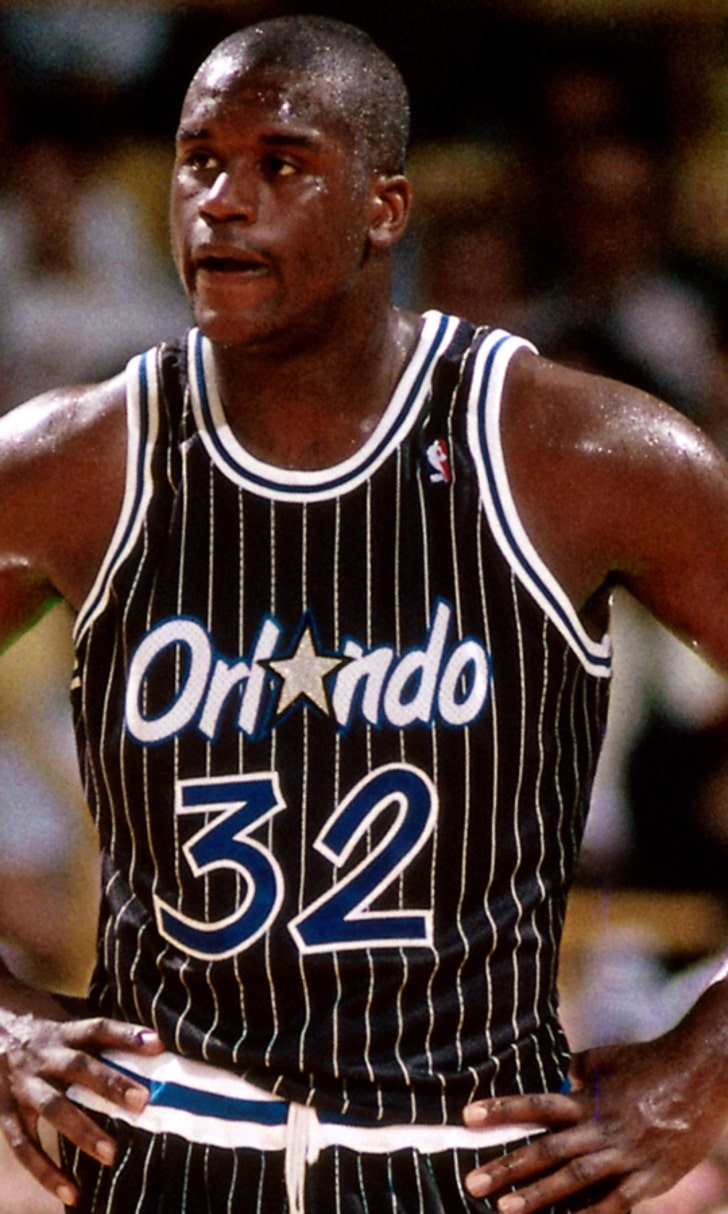 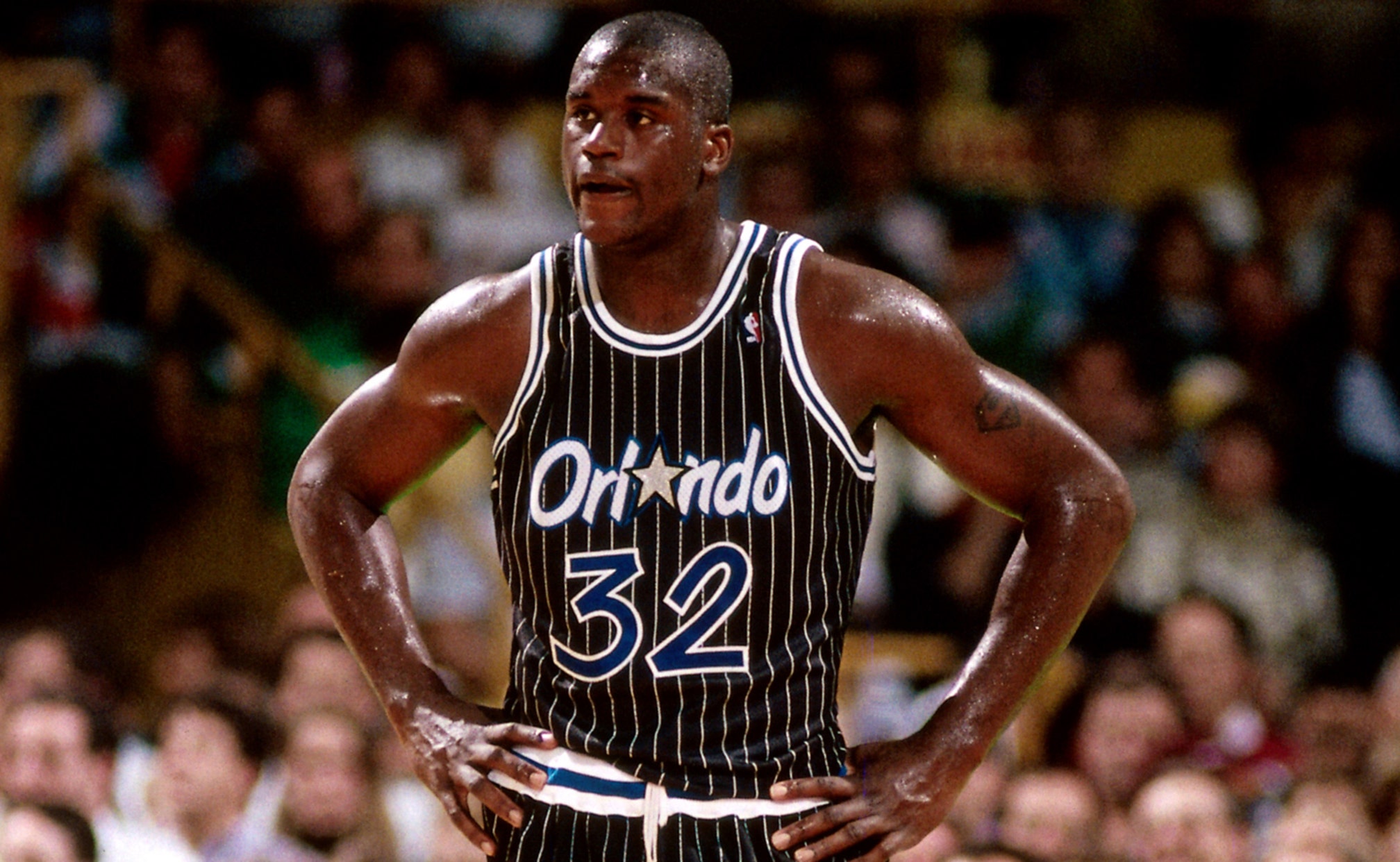 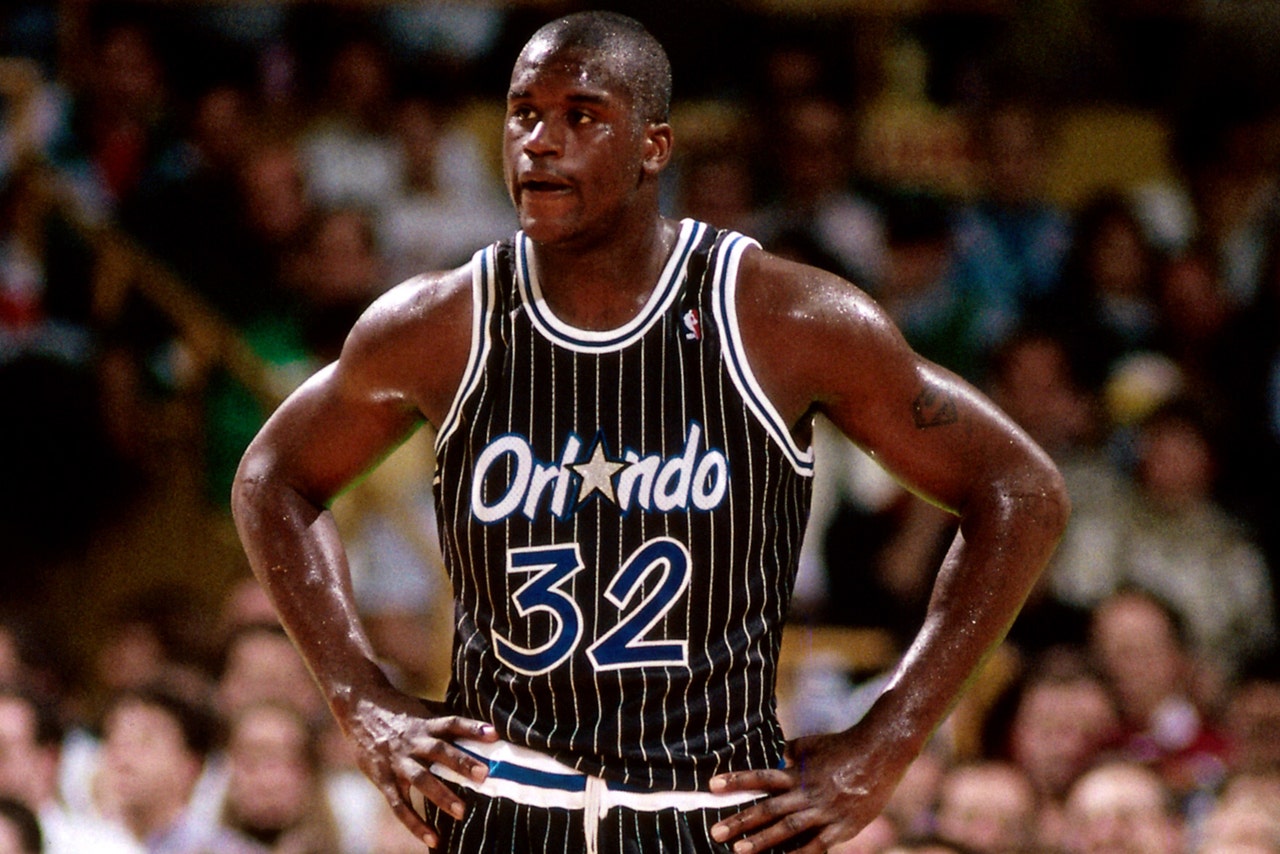 Of all the regrets in my life -- and there have been a few -- there isn't one that has stuck with me longer or been burned in my mind more vividly than the time I missed my chance to meet Shaq at a local car wash.

I know, I know. As I close in on 30, I should probably start cutting myself some slack, or at the least I should start looking at my history of suspect decisions and personal adversity through a more adult lens. But the list of people I'd call heroes over the course of my time on this planet is rather short, and outside of my own family, Shaquille O'Neal was the first to fit that bill.

Being a Shaq fan didn't exactly make me unique growing up in Orlando, Fla., in the 1990s. At the time, Orlando was a one-sport city (some might argue that it still is, despite the impressive emergence of a spirited MLS fanbase), and the larger metropolitan areas surrounding it had little going on to satisfy the competitive cravings of a growing sports fan in my Mickey Mouse town. 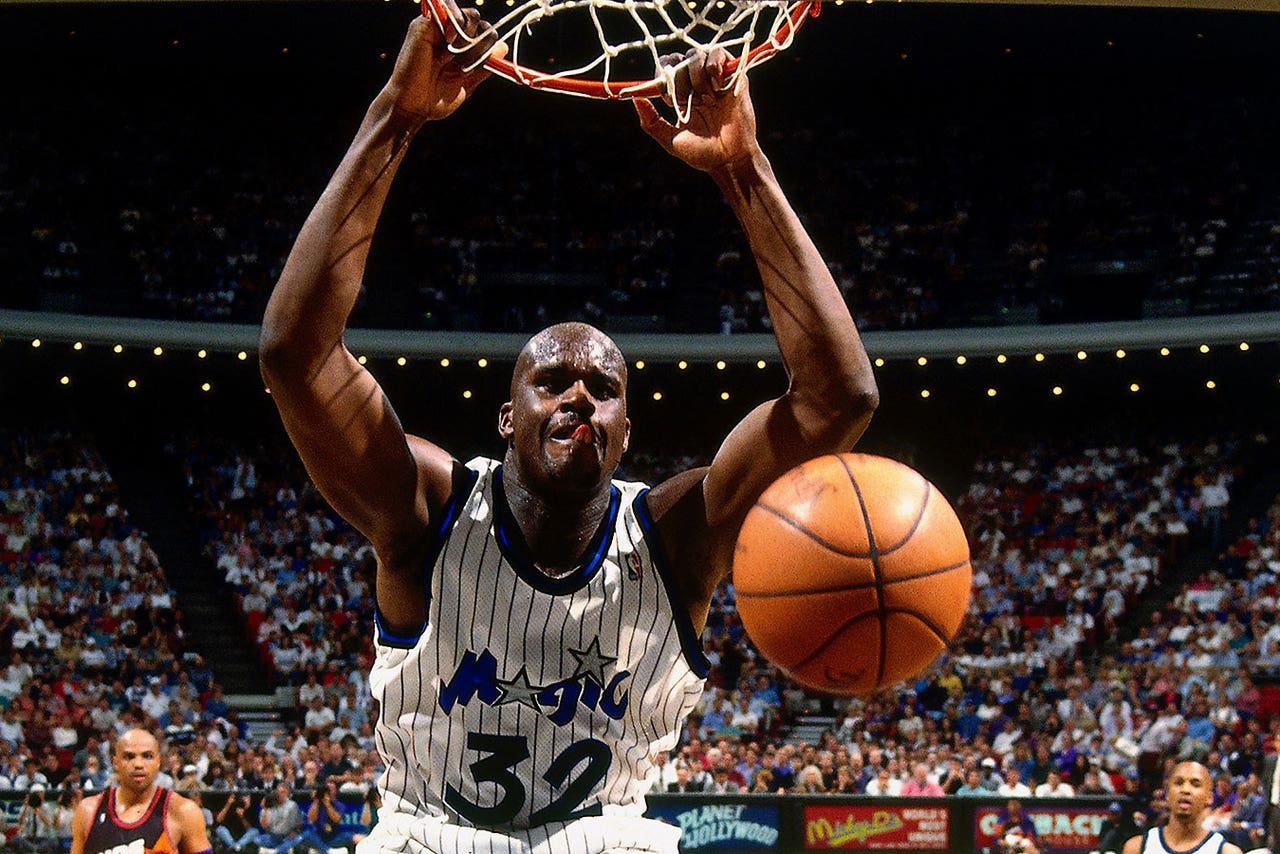 The Jaguars didn't exist in Jacksonville until 1995 and the Tampa Bay Rays didn't make their debut in St. Petersburg until 1998. The Miami teams were too far away to ever feel like my own -- the Marlins didn't enter the Major League Baseball fold until 1993 anyway -- and the Bucs were basically a lock to win five games every season, making their bandwagon an inherently unpopular one to join.

As a result, everyone I knew pulled for someone from somewhere else in every sport, except when it came to the Orlando Magic, anchored by Shaq and Penny Hardaway. And in my case, the team almost felt like family. The franchise played its first game three months after my first birthday, we've been growing in step together like brothers ever since, and even as I reflect now, I can recognize that there was never a better time than my early childhood to be a fan.

Now, I know that in the mid-'90s, I didn't understand basketball in the way I do now, but I was still old enough to know what I liked, and I knew I liked the Magic. I wore questionable team-branded shirt-and-short sets, like this: 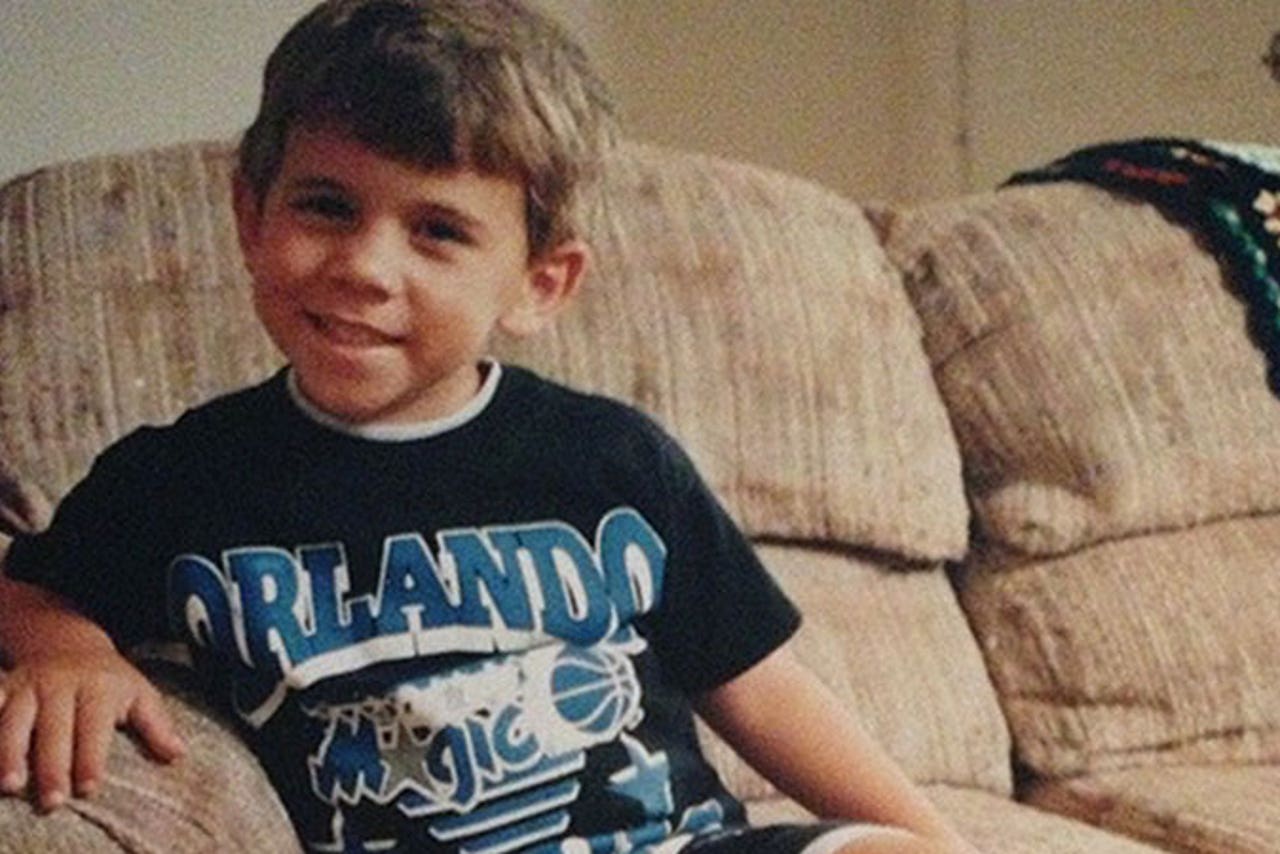 I had too much memorabilia -- one particular poster of Shaq posting up Tyrone Hill may still hang in my childhood bedroom to this day -- and there was a time when I wouldn't leave the house without wearing a pair of Air Penny sneakers my mom still can't believe I talked my dad into buying.

I couldn't stay up late enough to watch all or most of the games on TV -- a reality that is once again true now that I'm raising a little Magic fan of my own -- I immersed myself in the team as much as any elementary school-aged kid could, to the point where the joke between my parents and teachers was that I was memorizing box scores before I was reading books.

Which brings me back to Shaq and the car wash.

For years growing up, I had a somewhat regular tradition with my dad of going to the Sonny's Simoniz wash-and-lube on Semoran Blvd., a couple miles from the Orlando airport. In addition to my Little League practices and games, that was a bonding activity for the two of us, and every time my dad took his old red Dodge Caravan to get an oil change and a bath, I'd tag along. 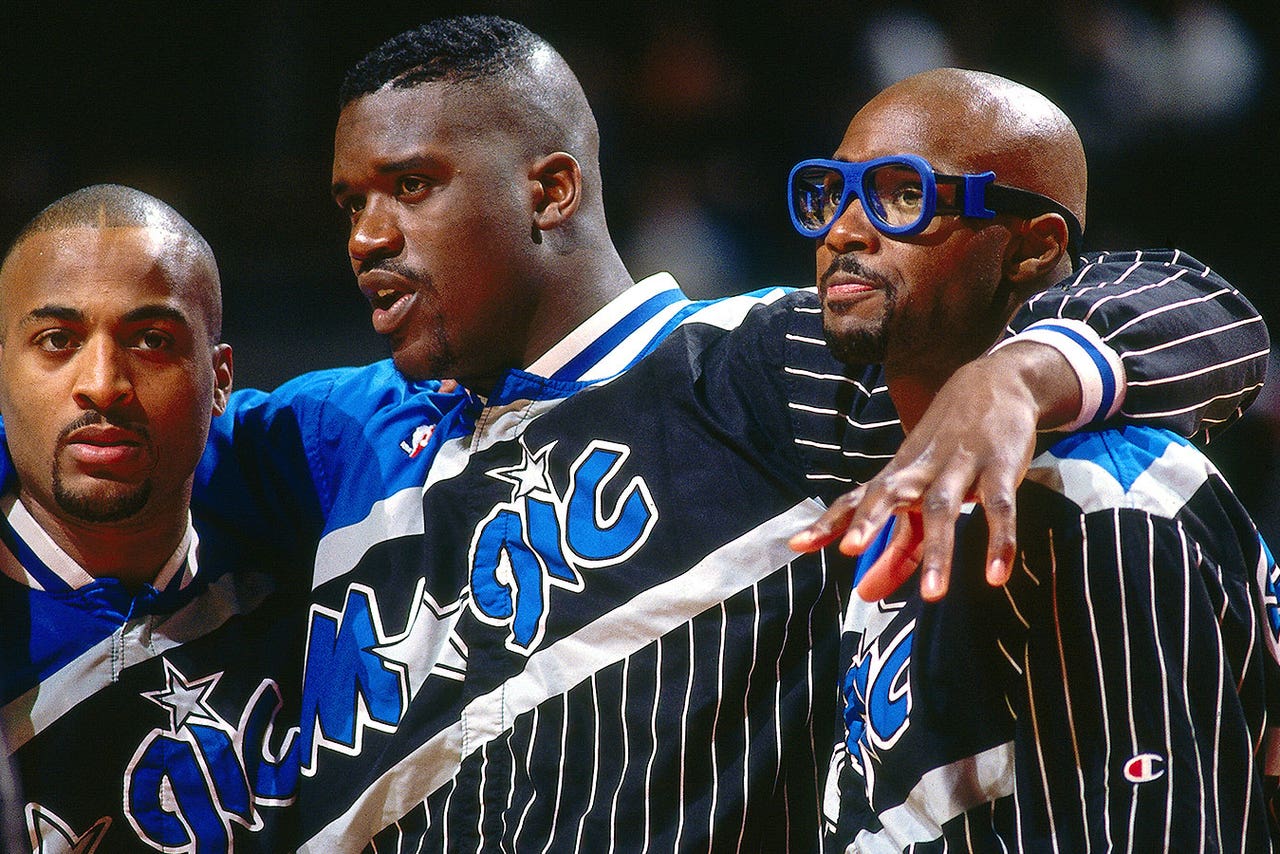 Not once in the years that my dad and I kept up that tradition did I see anyone or anything worth noting -- I never said going didn't bore me to tears -- and maybe that's why I passed on his usual invite to join him on one occasion during the fall of 1995. I'll never be able to answer that question with certainty, but to this day, I can't forget the sound of my dad barrelling through the front door that afternoon, declaring, "Sam, you'll never guess who I saw up at Sonny's."

At that time, the Magic were coming off their first appearance in the NBA Finals -- one made possible in part by Nick Anderson's iconic steal from Michael Jordan late in Game 1 of the Eastern Conference Finals -- and Shaq's star was never brighter. In my eyes, Shaq was God, but it never occurred to me that even God needs to get his car serviced every 3,000 miles, and while I was sitting at home watching cartoons or doing whatever else second-graders do on Saturday mornings, my dad was rubbing elbows with my hero.

I'd like to think that in today's iPhone age, my dad would have called my mom and she'd have rushed me up the street to bear witness to Shaq, even if I would have never had the guts to say hello. At the least, he might have taken a photo or video so I could feel like I was there. Unfortunately, instant communication wasn't yet an option, so I had no choice but to sulk over the fact that I'd missed my chance and vow to never skip a trip to the car wash again. Just in case.

Of course, you know how the story goes from here. 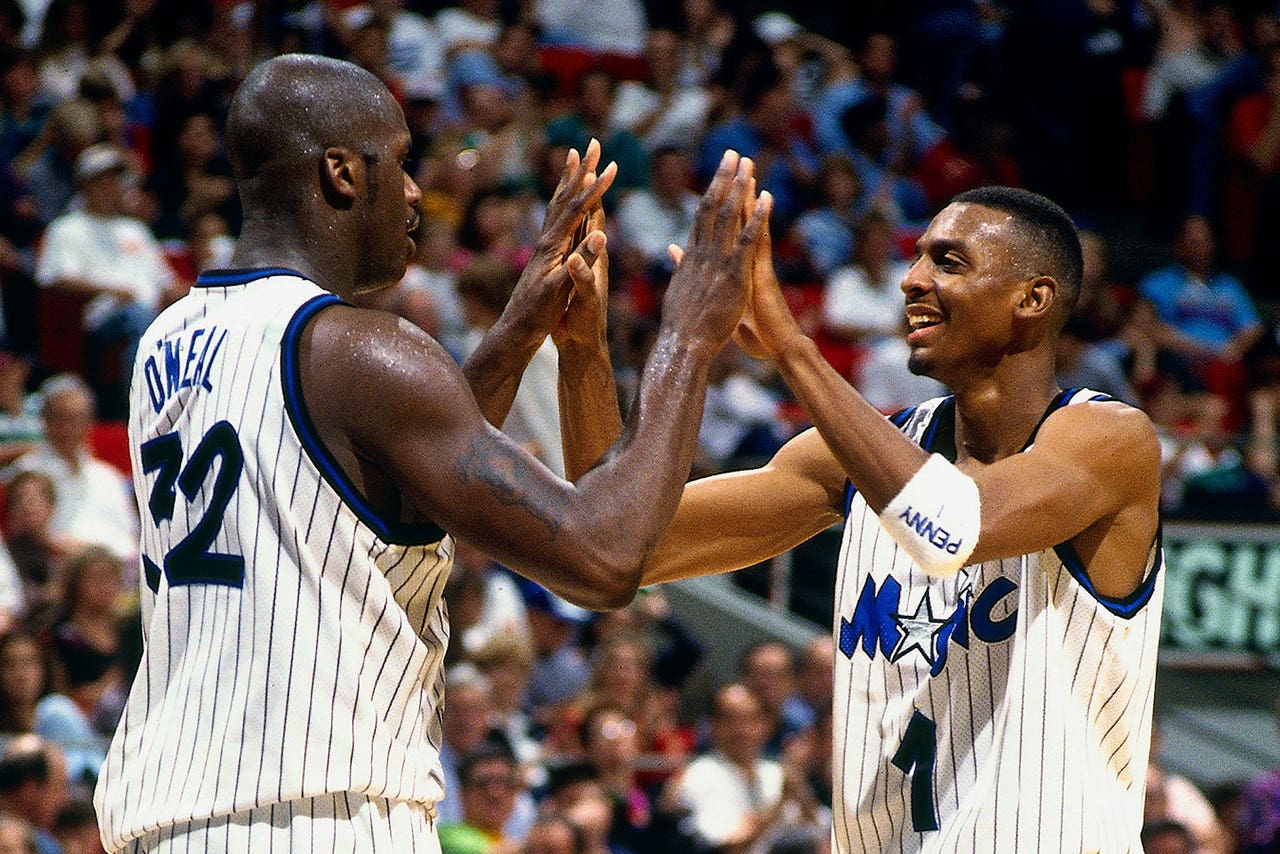 Within months of my near-miss, O'Neal was gone, having fled the "dried-up little pond" of Orlando for the sheen of Los Angeles. I resented Shaq for leaving, as most good fans did, and immediately transferred my full allegiance to Hardaway. But Penny's knees couldn't carry the weight that he and O'Neal once toted together, and it wasn't long before the Magic were rebuilding and priding themselves on "Heart and Hustle" instead of contending for anything of consequence.

After Heart and Hustle wore out its welcome, I spent my middle- and high-school years cursing Grant Hill's bum ankles and castigating Tracy McGrady for congratulating himself on a first-round win the team hadn't finished. O'Neal, meanwhile, was busy winning the titles he should have won here, leaving a hole in my basketball-loving heart that even Dwight Howard couldn't mend.

The only benefit that came with any of that was that I and other Magic fans already knew how to feel when Howard became Shaq redux, leading Orlando to the edge of the promised land only to ditch the city for the promise of something better.

These days the Magic are back in a place that feels familiar, a franchise cast off as unthreatening and uninteresting outside of Orlando, itself. It's a status that only seems to change when an All-NBA center is either leading the Magic to the forefront of the national consciousness or pulling the rug out from under them, and only now, with Thursday's release of ESPN's "This Magic Moment" 30 for 30 documentary, is the spotlight back on hoops in Central Florida.

For me, however, the film only serves as a deflating reminder of the low point of my childhood, and despite all the logic in the world suggesting otherwise, there's still a naive 7-year-old in me that wonders if Shaq might have stayed and if my life as a fan might have played out differently had I been at the car wash that fateful morning 21 years ago.

As I write this, I'm a mere two miles from the scene of the crime, and there's not a time that I drive by it that I don't think of O'Neal and the Magic and what it meant to grow up in an era that was at once so wonderful and awful for my city. From time to time I'll even pull in and get a wash, hoping against hope that Shaq might be there. Because deep down there's a part of me that wants to believe that if I can shake his hand I can make amends for '95 and hopefully, finally put the Magic's motley past to rest.

Skip Responds To "Dwight Sharpe"
"Skiiiiip!" In front of LeBron and AD, Lakers center Dwight Howard channeled his inner Shannon. And our guys reacted.
July 18
those were the latest stories
Want to see more?
View All Stories
Fox Sports™ and © 2020 Fox Media LLC and Fox Sports Interactive Media, LLC. All rights reserved. Use of this website (including any and all parts and components) constitutes your acceptance of these Terms of Use and Updated Privacy Policy. Advertising Choices. Do Not Sell my Personal Info