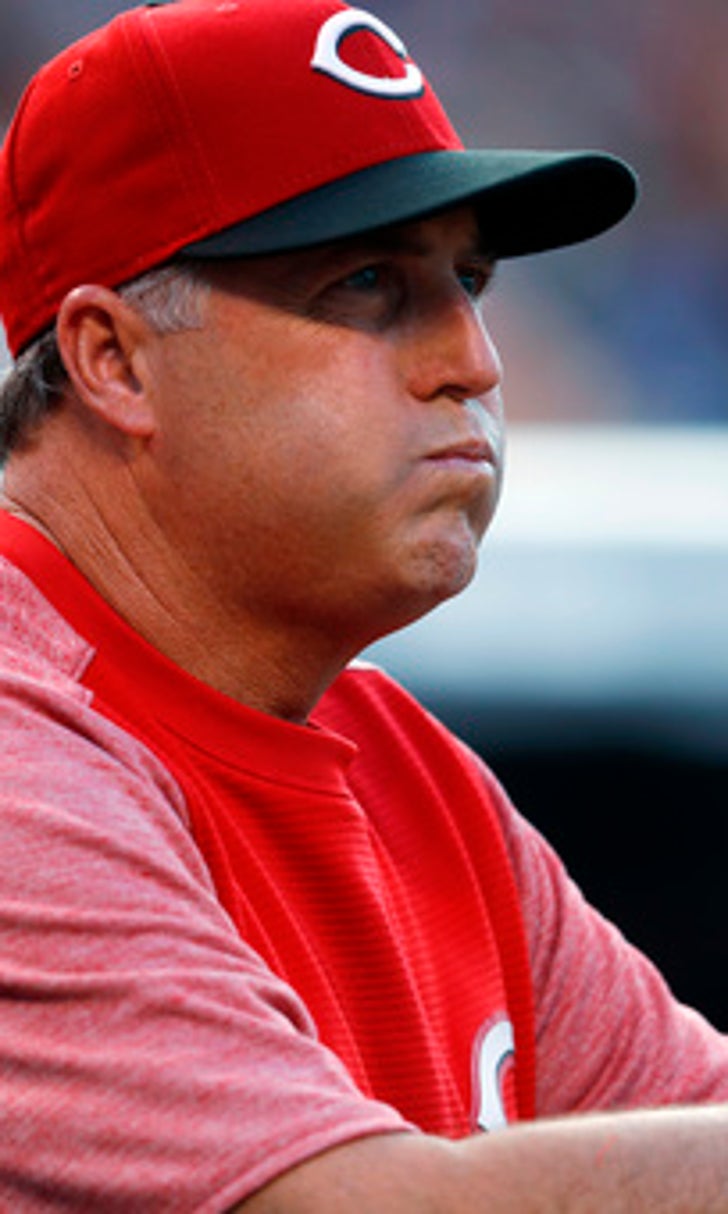 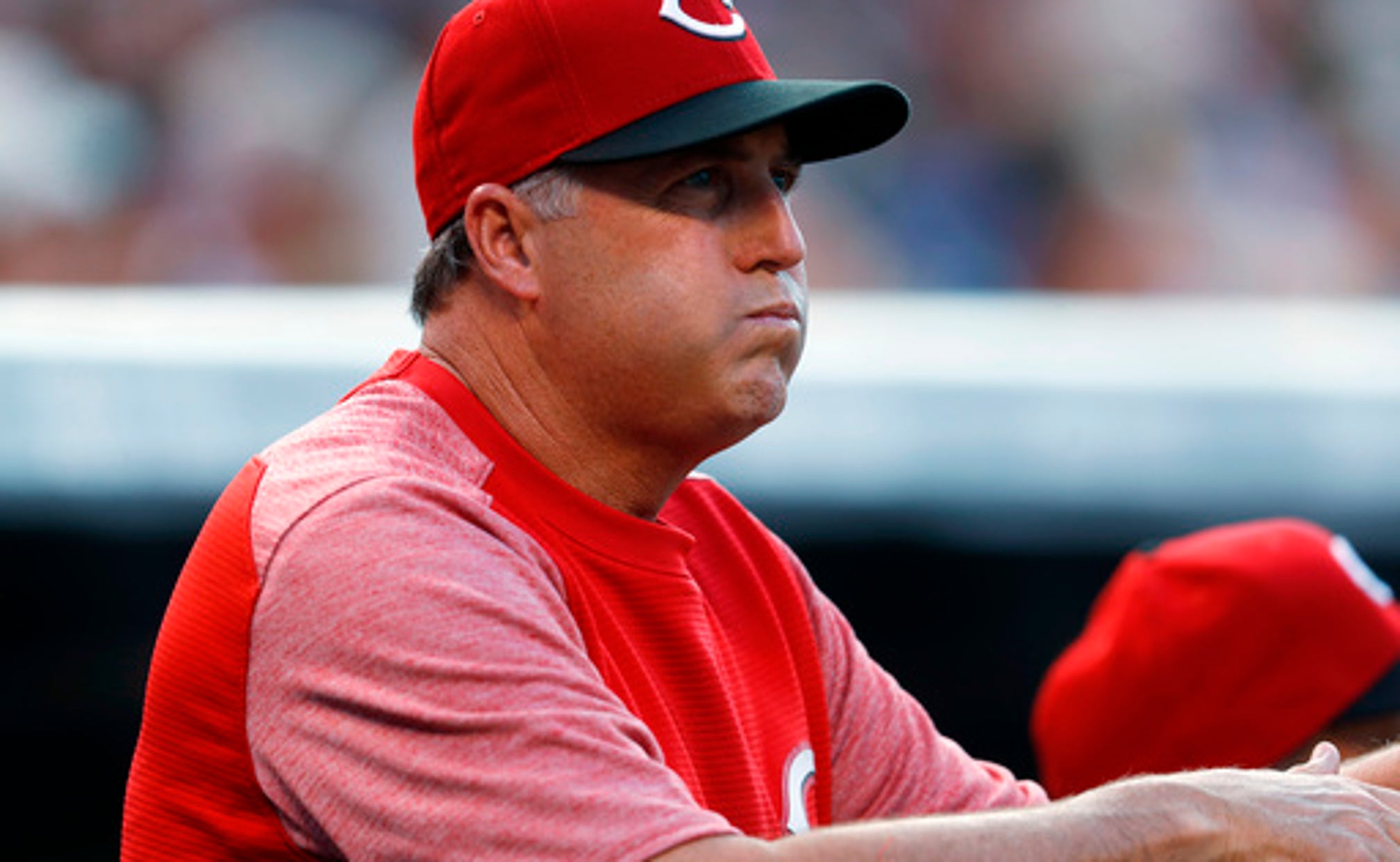 What gets a manager fired? One really bad stretch

CINCINNATI (AP) The line for losing a job is clear in most professional sports - cross the front office, wrangle with the star player, flame out in the playoffs, or put together one historically bad run at the start of a season.

Bryan Price knows all about the last one.

The Cincinnati Reds were as bad as they've ever been for a three-week span in April, costing Price his job. On Thursday, the Reds made Price the first manager fired in the majors this season, giving him the very quick hook after a 3-15 start that's their worst since the Great Depression.

It's the first time a major league manager has been fired in April since 2002, when four of them failed to make it through the opening month.

Why Price, and why now? The three-week stretch crossed a line. The Reds were losing a lot of close games, attendance was down, and a sense that this season was going to be just like the last three last-place ones was settling over the city.

''We just cannot let anybody get comfortable with this kind of start,'' general manager Dick Williams said.

Something had to change, and it was the manager.

Although managers don't have the biggest impact on how a team fares - the owner and the general manager set the payroll and the roster - the manager faces the media every day and becomes the face of the franchise, for better or worse. He's the one who has to explain the losses and the roster moves and the slow progress during a long rebuild full of growing pains.

Although ownership and the front office will acknowledge their role in failure, it's the manager who is most expendable when change is deemed inevitable.

Price knows that one, too.

The Reds fired Dusty Baker after he led them to a pair of division titles and three playoff appearances in four years, their best stretch since the days of the Big Red Machine. When they failed to make it past the first round, he was gone and Price was promoted from pitching coach.

Soon, the franchise decided to tear the team apart and start from scratch. Price found himself in the same predicament as many other managers these days: simply trying to weather a rebuilding storm. And like many other managers, he couldn't hold on for the brighter days.

Two of the Reds' starters got hurt during spring training. So did one of their top relievers. Two of their best hitters got hurt. The losses piled up, and Price was gone early in his fifth season.

Given the growing indifference around Cincinnati, the move wasn't surprising. The Reds have lost at least 94 games in each of the last three seasons with the least-experienced roster in the majors. Only 10,355 people showed up for a game on Easter Sunday at Great American Ball Park. Fans were already thinking: Wait `till next year.

''None of us wanted to be in this position this early in the season,'' Williams said. ''We felt it was important to take action.''

Now it's Jim Riggleman's turn to try to get things stabilized in his role as interim manager. Then, the Reds will figure out who might be a good fit for the next phase in their rebuilding - and who is willing to sign on for some lean times in the meantime.

Meanwhile, managers of other struggling teams will be watching and wondering if they're about to cross their franchise's firing line.

The last time a Reds manager got fired so fast was 1993 when Hall of Famer Tony Perez - perhaps the most beloved member of the Big Red Machine - was hired as a rookie manager and then fired on the phone by general manager Jim Bowden after a 20-24 start.

Four managers were fired in April 2002, including Phil Garner after an 0-6 start with the Tigers that matched the quickest hook in major league history, according to ESPN research. Cal Ripken Sr. was fired by the Orioles after an 0-6 start in 1988, part of Baltimore's 21-game losing streak to open the season.

Price's firing is especially atypical given how pro sports teams in Ohio have operated lately.

The Browns have kept coach Hue Jackson even though he's won one game in the last two seasons and Cleveland is coming off only the second 0-16 season in NFL history. The Bengals gave coach Marvin Lewis a two-year contract extension even though Cincinnati is coming off back-to-back losing seasons and he's an NFL-record 0-7 in the postseason during his 15 seasons - yes, he's getting a 16th chance for that first playoff win.

The Reds were no longer willing to wait.

Bellinger's Bomb Sends Dodgers to World Series
Los Angeles stared down a 3-1 deficit and came up clutch when it mattered. Now, they'll try to finish what they've started.
11 hours ago