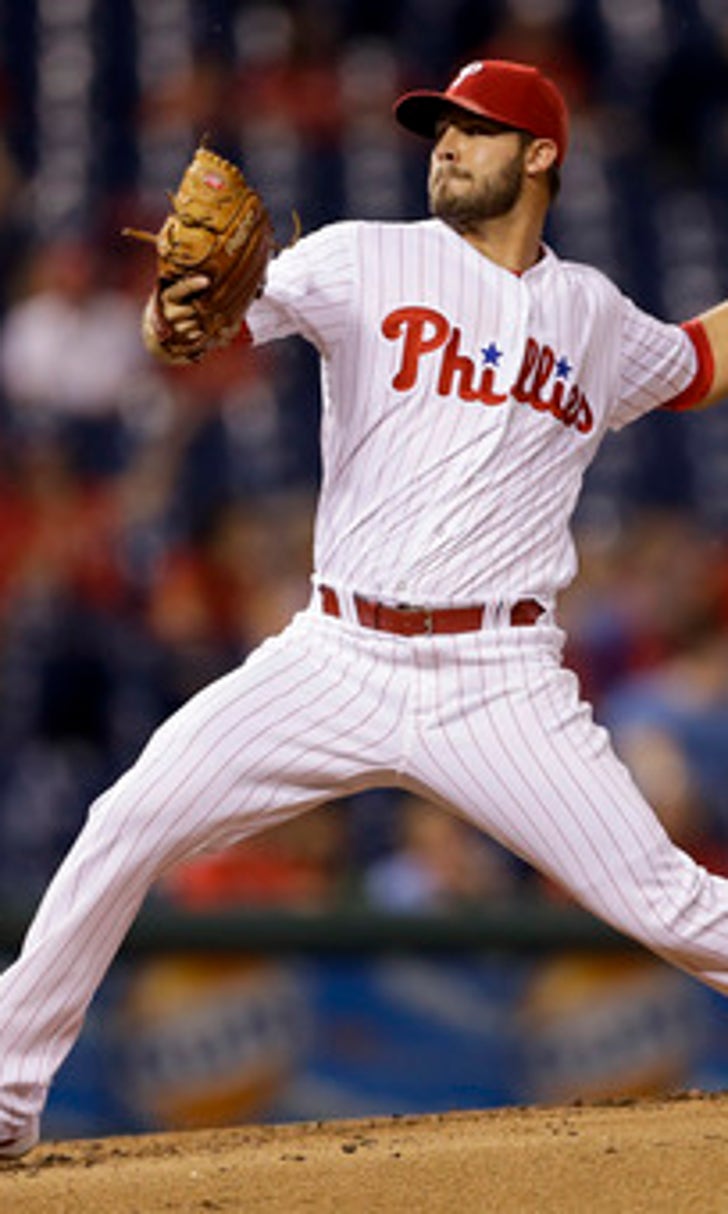 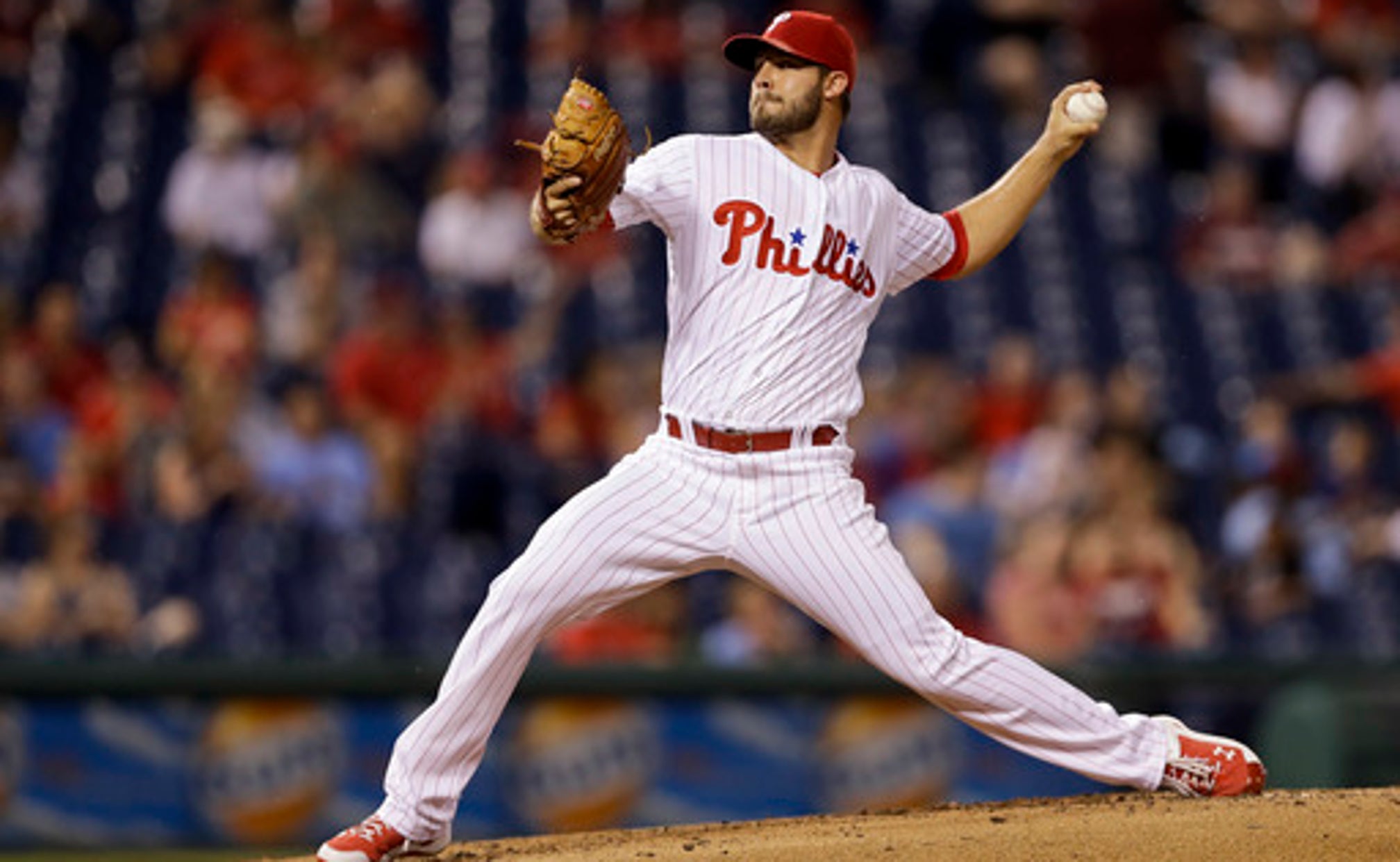 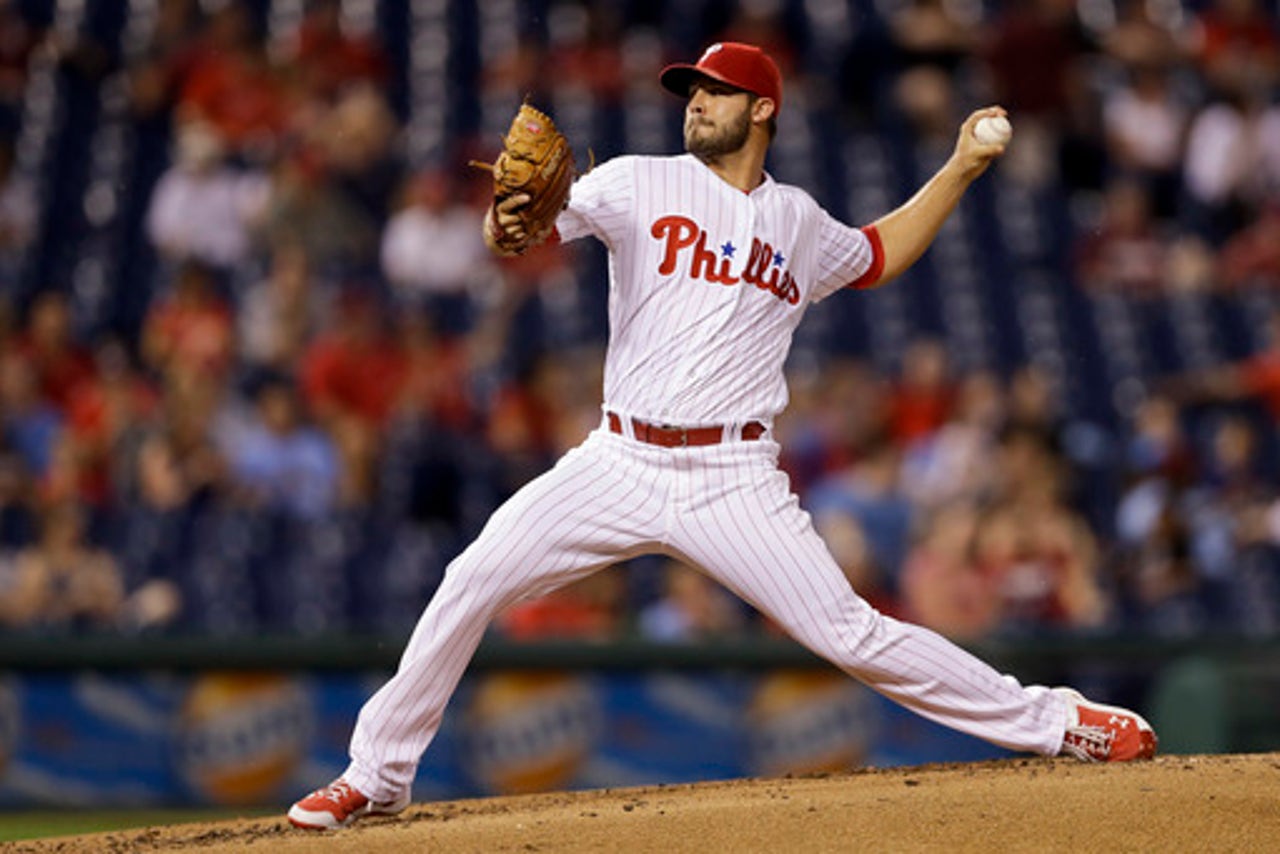 PHILADELPHIA (AP) Jayson Werth homered and Gio Gonzalez pitched six strong innings to lead the Washington Nationals to a three-game sweep of Philadelphia with a 2-1 victory over the Phillies on Wednesday night.

Wilson Ramos hit the go-ahead RBI single in the seventh inning to help NL East-leading Washington set a franchise record with its ninth straight victory over the Phillies. The Nationals remained nine games in front of the second-place Mets, who beat Miami 5-2.

Freddy Galvis homered for Philadelphia, which has lost seven of nine. The Phillies have dropped eight of their last nine games at home to Washington.

Gonzalez (10-9) gave up one run and two hits with four strikeouts and a walk.

Adam Morgan (1-9) lost his ninth straight despite arguably one of his best outings of the season.

The game was played through a persistent drizzle.

Shawn Kelley got the only batter he faced, Maikel Franco, to ground out to end the game for his seventh save. Regular closer Mark Melancon got the night off.

The Nationals went ahead in the seventh. Anthony Rendon doubled with two outs. Morgan looked like he had Ramos struck out, but home plate umpire Mark Carlson didn't call a borderline 0-2 pitch a strike. Ramos battled back before eventually lining a 3-2 pitch into right field to score Rendon and end the night for Morgan.

Morgan gave up two runs and three hits while striking out five and walking none in 6 2/3 innings. He retired 13 straight at one point and produced nine groundball outs. He hasn't won since May 15.

Werth gave the Nationals a 1-0 lead with one out in the first inning when he crushed a pitch 453 feet into the camera well in straightaway center for his 20th homer of the season.

It continued a dominant first-inning trend for Washington against Philadelphia this season. The Nationals have scored in the first inning in four consecutive games against the Phillies and have a total of 17 first-inning runs in 15 games this season.

The Nationals finished a stretch of 20 games in as many days with an 11-9 mark. Washington is idle Thursday for its first day off since Aug. 11.

Nationals: Manager Dusty Baker gave rookie OF Trea Turner the day off to rest. Turner has been on a tear in August, tying a Nationals rookie record for hits in the month with 45 while reaching base in 20 straight games.