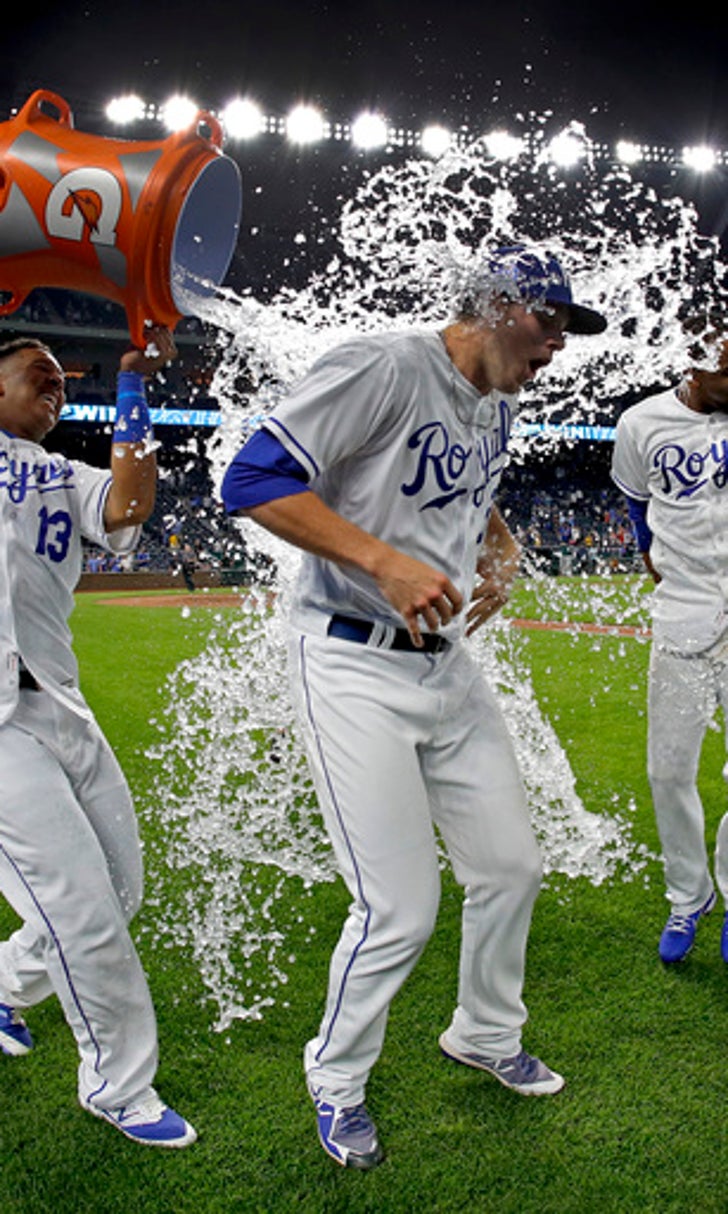 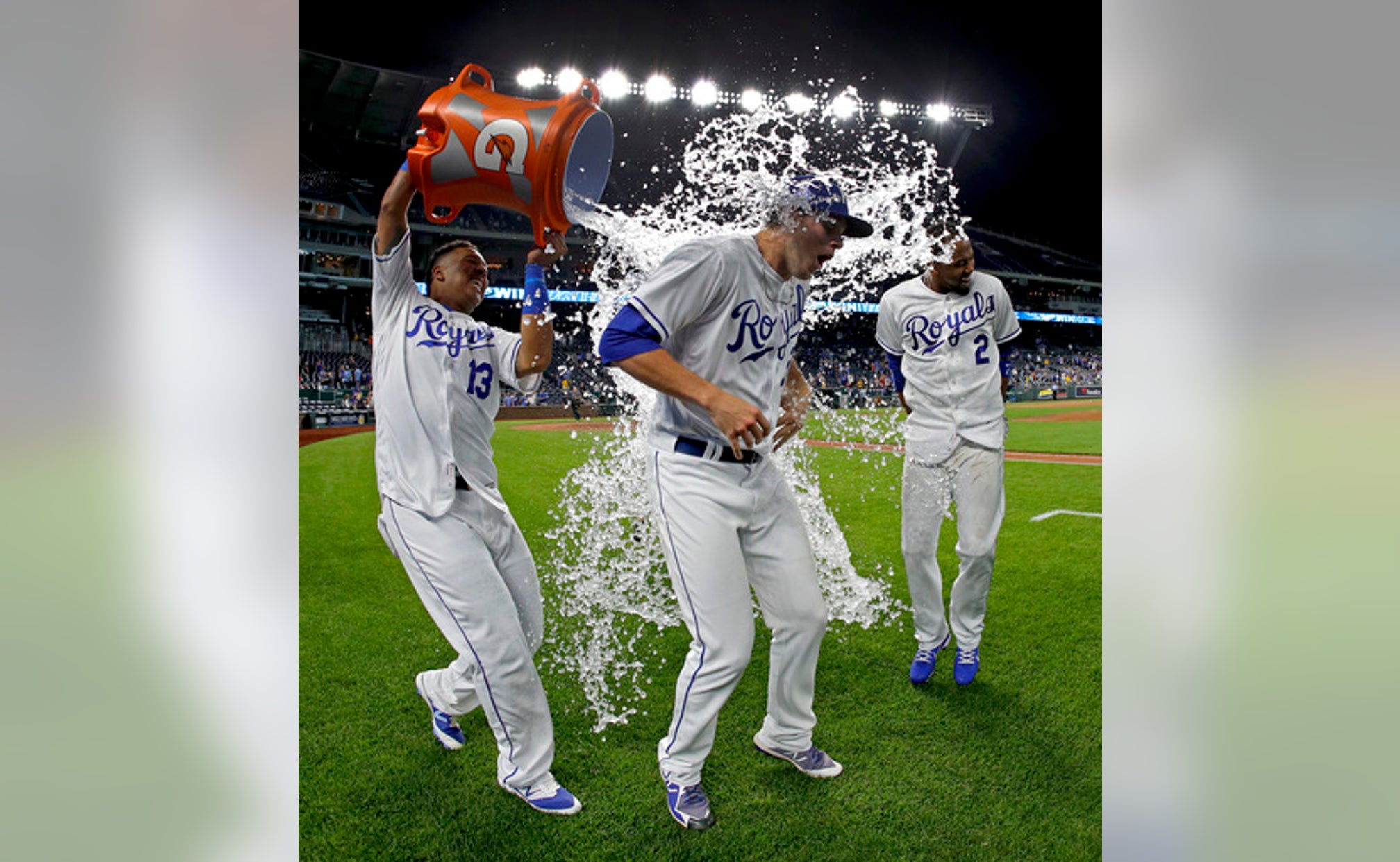 KANSAS CITY, Mo. (AP) Alcides Escobar was one of the least likely Kansas City Royals to belt a home run in extra innings.

The light-hitting shortstop had not gone deep in 140 at-bats, and his only long ball this season came on April 17.

Escobar, however, sent a drive to left field with two outs in the 14th inning Tuesday night to give the Royals a 2-1 victory over the Minnesota Twins.

''I knew right away,'' Escobar said. ''When I hit the ball, I said, `Game over.' Of all my home runs, this is the best one because this is my first walk-off homer.''

''My phone has been blowing up saying congrats,'' Barlow said. ''It's certainly one I'll remember forever.''

The Twins have eight walk-off losses, four in extra innings.

''We're getting practice,'' manager Paul Molitor said. ''It's hard to explain. I don't know if I've ever seen so many in a relatively short span. We kind of put ourselves in that situation by not scoring once again. Having all those opportunities and I don't know how many innings we went hitless there.''

Matt McGill, the fourth Minnesota pitcher, tossed 3 1/3 hitless innings before Rogers was brought in with one out in the 14th.

''You hate to have it come down to one pitch on a homer like that,'' Molitor said. ''It's the way you lost, but there were certainly a lot of things up to that point we could have done better to give ourselves a better chance.''

The Royals tied it in the eighth when Addison Reed walked Jorge Soler with the bases loaded to score Jon Jay, who led off the inning with a single.

The Twins loaded the bases in the 10th against rookie Jason Adam, but came away empty. Adam hit Miguel Sano with a pitch and walked Max Kepler and Robbie Grossman. Byron Buxton flied out after Adam had thrown nine straight balls.

Twins right-hander Kyle Gibson, who hasn't won since March 31, pitched seven scoreless innings. The 2009 first-round draft pick out of Missouri gave up five hits, walked one and struck out eight.

Gibson worked out of jams in the third, fifth and sixth as the Royals went 0 for 9 with runners in position and stranded 10 overall.

In the third, Jay had a bunt single, extending his hitting streak to 11 games, and stopped at second on Whit Merrifield's single, but Gibson struck out Mike Moustakas to end the inning.

Alex Gordon singled and moved to second on Escobar's groundout in the fifth. Jay walked with two outs before Gibson struck out Merrifield.

Moustakas led off the sixth with a double and went to third on a passed ball with one out, but Gibson struck out Soler and retired Hunter Dozier.

Sano, who has a hit in 16 consecutive games against the Royals, had a broken-bat single to left field with the bases loaded in the third to score Ehire Adrianza. Sano has 27 RBIs in those 16 games.

Brian Dozier attempted to score from second, but Gordon threw him out at home for his 84th career outfield assist.

The Twins sent RHP Myles Jaye to the Indians for cash. Jaye was 3-3 with a 4.25 ERA in eight starts at Triple-A Rochester. He went 1-2 with a 12.08 ERA in five games last year for Detroit. The last time the two teams made a trade was August 2011 and it involved Jim Thome.

Twins: RHP Ervin Santana (finger surgery in February) pitched 3 1/3 innings, allowing one run and two hits, in his second minor league rehab start with Class A Fort Myers at Clearwater. He threw 59 pitches, 33 for strikes. He walked one, struck out three, hit a batter and had a wild pitch. ... RHP Michael Pineda (elbow surgery) threw a bullpen at Target Field. ... 1B Joe Mauer (neck strain) stood in to track some pitches with Pineda on the mound. ''We've been pleased on almost a daily basis that his activity has increased, including more intensified baseball work,'' Molitor said of Mauer. ''Today the reports were good. He hit, he took grounders, he ran.''

Royals: RHP Nathan Karns (right elbow inflammation) is on a throwing program at the club's complex in Arizona.

Royals: Rule 5 draft pick Brad Keller will make his first career start after going 1-1 with a 2.01 ERA in 21 relief appearances.