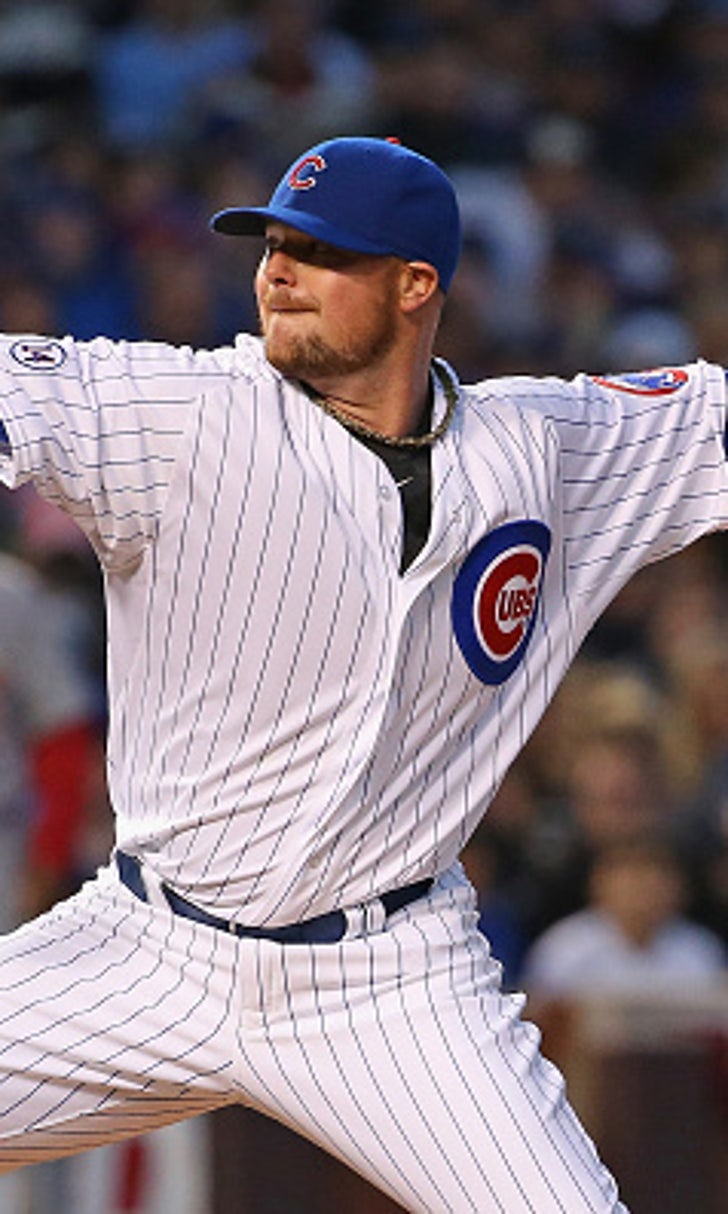 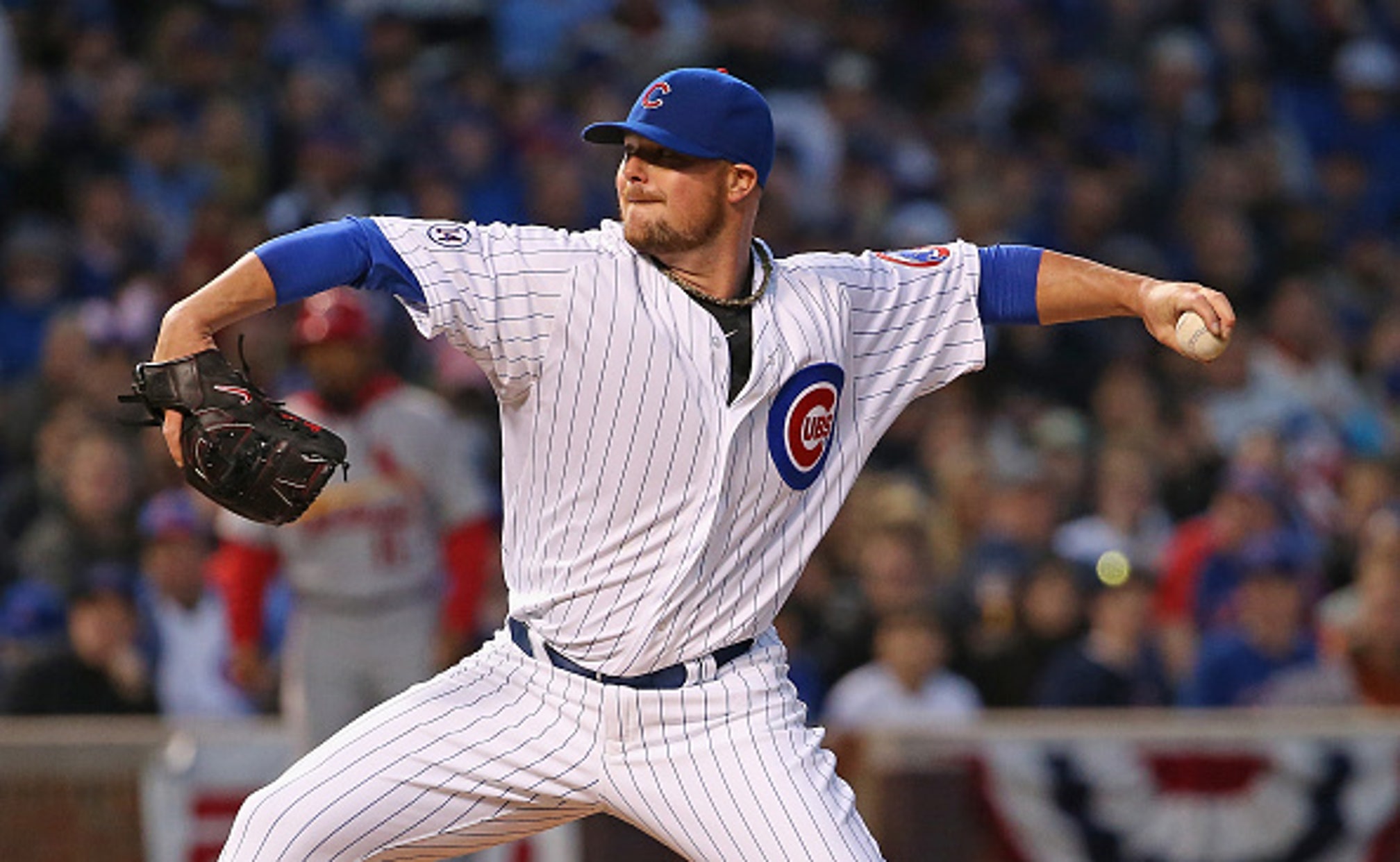 Rolling out the early-season MLB 'jump to conclusions' mat 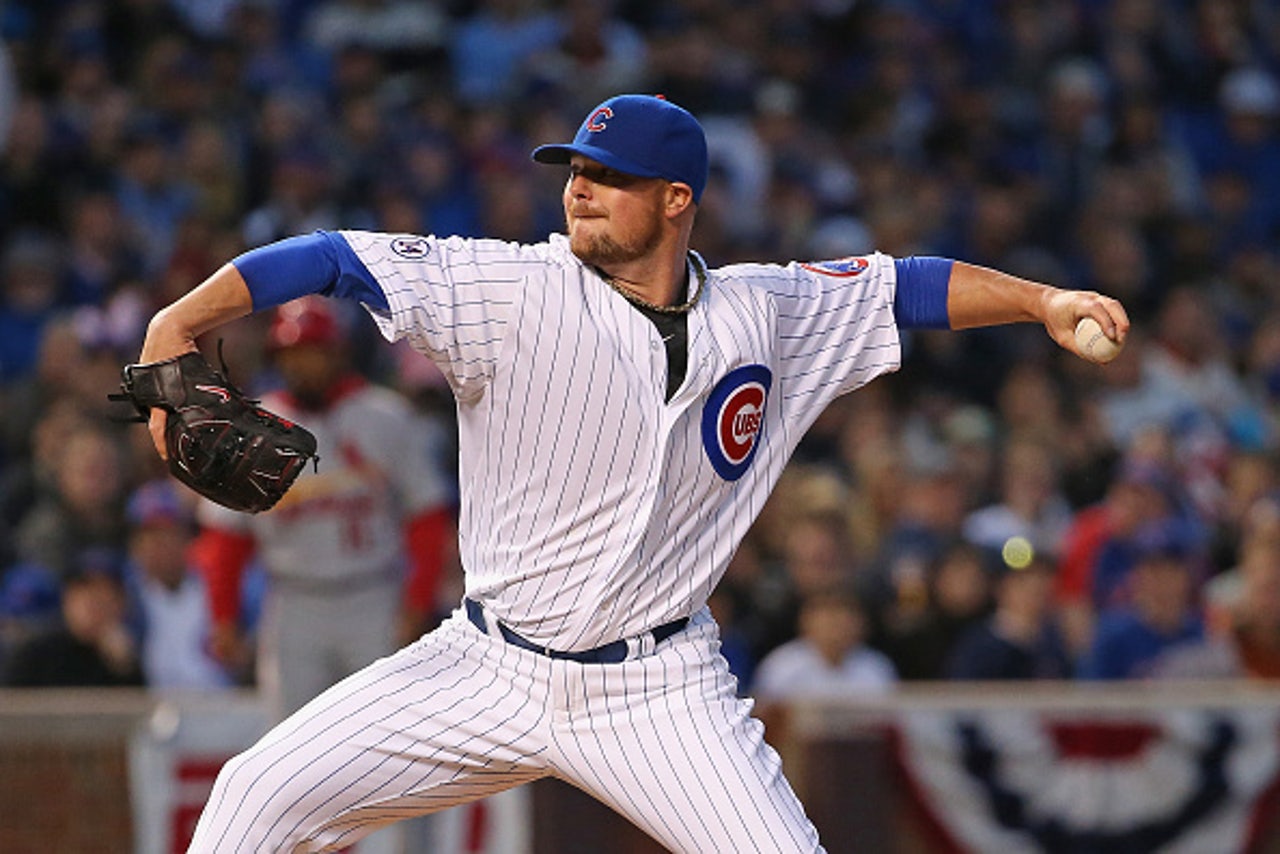 Yes, it’s early. We’re just into the second week of the 2015 MLB season, and most teams have 155 games left to play. But after five months without meaningful baseball, it’s easy to react to what we’ve seen early on and form early impressions based on that. It takes a bit of time to reacquaint ourselves with baseball’s long marathon. Personally, I think it takes a little while to shake off what I like to call “football mentality,” when one game and one result can have a significant impact on a season.

At this point, we can only go on what we’ve seen at this embryonic stage of the season. Most of us aren’t passive watchers, telling ourselves to hold off on making judgments until a month or 40 games have passed. We have opinions and we have them now! We’re going to jump to some conclusions. So here are some early assertions many of us may have landed upon. Just be sure to revisit these later, after your excitement level has settled down a bit.

Jon Lester is a Bust!
Our rational mind understands that two games is hardly a representative sample size. But with the anticipation and expectations the Cubs carried into this season, partially due to signing one of the top starting pitchers available in free agency, Lester’s performance in his first two starts have been disappointing. After getting knocked around for six runs and ten hits over six innings Monday night, Lester’s ERA is a rather un-ace-like 7.84, while allowing nearly 16 hits per nine innings.

Lester only made three starts, pitching 8.1 innings during spring training, due to “dead arm” issues, preventing him from building himself up for his typical workload. That is surely why the left-hander also appears to be missing his spots and throwing with lesser velocity thus far. Lester is striking out almost nine batters per nine frames, which seems encouraging. Check back in a couple of weeks to see if he’s worked through the “dead arm” phase, as pitchers typically do through the spring. Then we can devote all of our focus to Lester’s issues with throwing to bases.

We Were Wrong About the Braves!
Atlanta’s 6-1 start is certainly impressive, though perhaps aided by the projected NL East contenders — the Nationals, Marlins and Mets — playing below expectations thus far. The top of the division was supposed to feed on the bottom. It’s just that the Braves were supposed to be one of those lower-dwelling clubs.

John Hart’s plan to remake the lineup into one that made contract, rather than compile loads of strikeouts is working so far. Atlanta has the fewest team strikeouts in the NL, while its .256 average and .713 OPS rank fourth. More importantly, a team that had to win by pitching is getting great pitching. The Braves’ 1.86 team ERA leads MLB, while their .586 opponents’ OPS ranks first in the NL and .206 opponents’ batting average places second.

While it’s notable that Atlanta has beaten up on the Marlins and Mets thus far, let’s see how this team performs on its upcoming nine-game road trip through Toronto, Queens and Philadelphia. That’s followed by a three-game series with the Nationals. If the Braves keep winning at an .850 clip after that stretch, perhaps we truly were wrong about them.

Desmond is batting .115 with a .371 OPS, which stands out as bad even among the poor performance of the entire lineup. He typically gets better as the season progresses, especially in the second half, but this is quite a hole to dig out from. Desmond isn’t whiffing that badly, with six strikeouts in 28 plate appearances. But a .150 BABIP indicates that he may be victimized by some bad luck right now. Once those batted balls start falling in, Desmond’s numbers should improve.

Will the same hold true for Desmond’s defense? Five errors in his first seven games is a rather eye-popping number — though to be fair, Jimmy Rollins is right behind him with four miscues. Desmond has also already been charged with -2 Defensive Runs Saved. He’s been an above-average defensive shortstop over the past three seasons according to advanced metrics, so this is a curious development so far.

Evan Gattis is going to shatter the strikeouts record!
Okay, had this been written before Monday, the conclusion to jump to would’ve been “Evan Gattis will never get a hit this year!” He finally broke through Monday night with a ninth-inning single off Oakland’s Jesse Chavez, pushing his season average to .042 (1-for-24).

But the Astros’ designated hitter still has 13 strikeouts in 25 plate appearances. If Gattis was to manage 600 plate appearances, that would put him on pace for more than 300 strikeouts, which would obliterate Mark Reynolds’ single-season record of 223 in 2009. But let’s say Gattis logs 500 PAs. That still projects to approximately 260 Ks, which would be a new MLB record. However, Gattis has averaged around a strikeout per four PAs, so maybe his current pace will slow down as he becomes more familiar with AL pitching.

We Totally Overlooked the Royals!
Maybe this just applies to our staff at The Outside Corner. None of uspicked Kansas City to make the postseason. The Indians and Tigers appeared to be the class of the AL Central, while the White Sox looked vastly improved. That didn’t leave much room for a Royals team that lost James Shields, Billy Butler and Nori Aoki, replacing them with Edinson Volquez, Kendrys Morales and Alex Rios.

Perhaps the biggest surprise is how well the Royals are hitting early on. Their .327 team average and .932 OPS are second-best in MLB, behind only the Tigers. Morales is batting .414 with a 1.224 OPS, two home runs and five RBI, production that surely surpasses what had been projected for him. Certainly, those numbers will come back to Earth. Morales won’t maintain a .474 BABIP throughout the season. But perhaps we were too quick to write off a player who’s put up good numbers, excepting his 2014 performance.

How much the Royals might be affected by Rios suffering a fractured left finger will also be worth watching. General manager Dayton Moore was reluctant to put a timetable on his right fielder’s recovery, but this could be a four-to-six-week process. Rios was off to a hot start, batting .321 with an .809 OPS, so losing that would appear to be a blow. However, the Kansas City lineup is hitting so well that it may be able to cover for his absence, especially if it’s a relatively short one.

Kansas City is also getting excellent pitching, something that shouldn’t be a surprise. The Royals 3.27 team ERA ranks third in the AL, as does a .202 opponents’ batting average and .581 OPS. The bullpen is as impregnable as it was last season, posting a 0.00 ERA in its first seven games while allowing a .112 opponents’ batting average and .294 OPS.