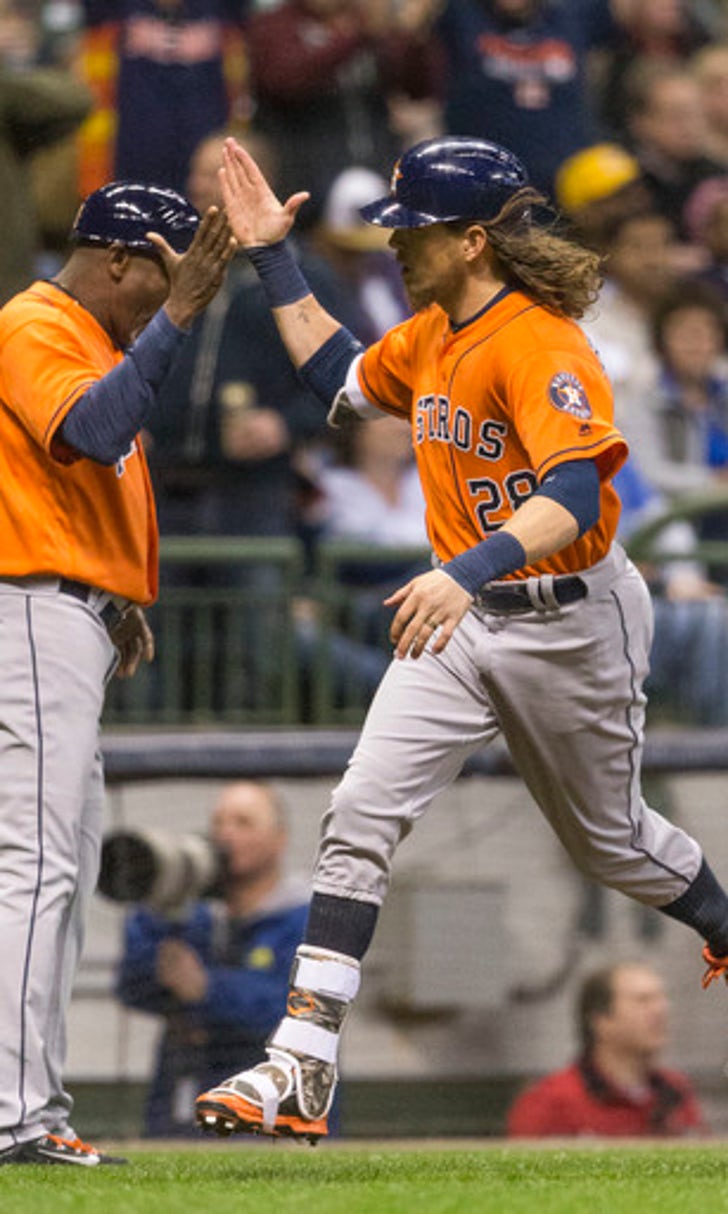 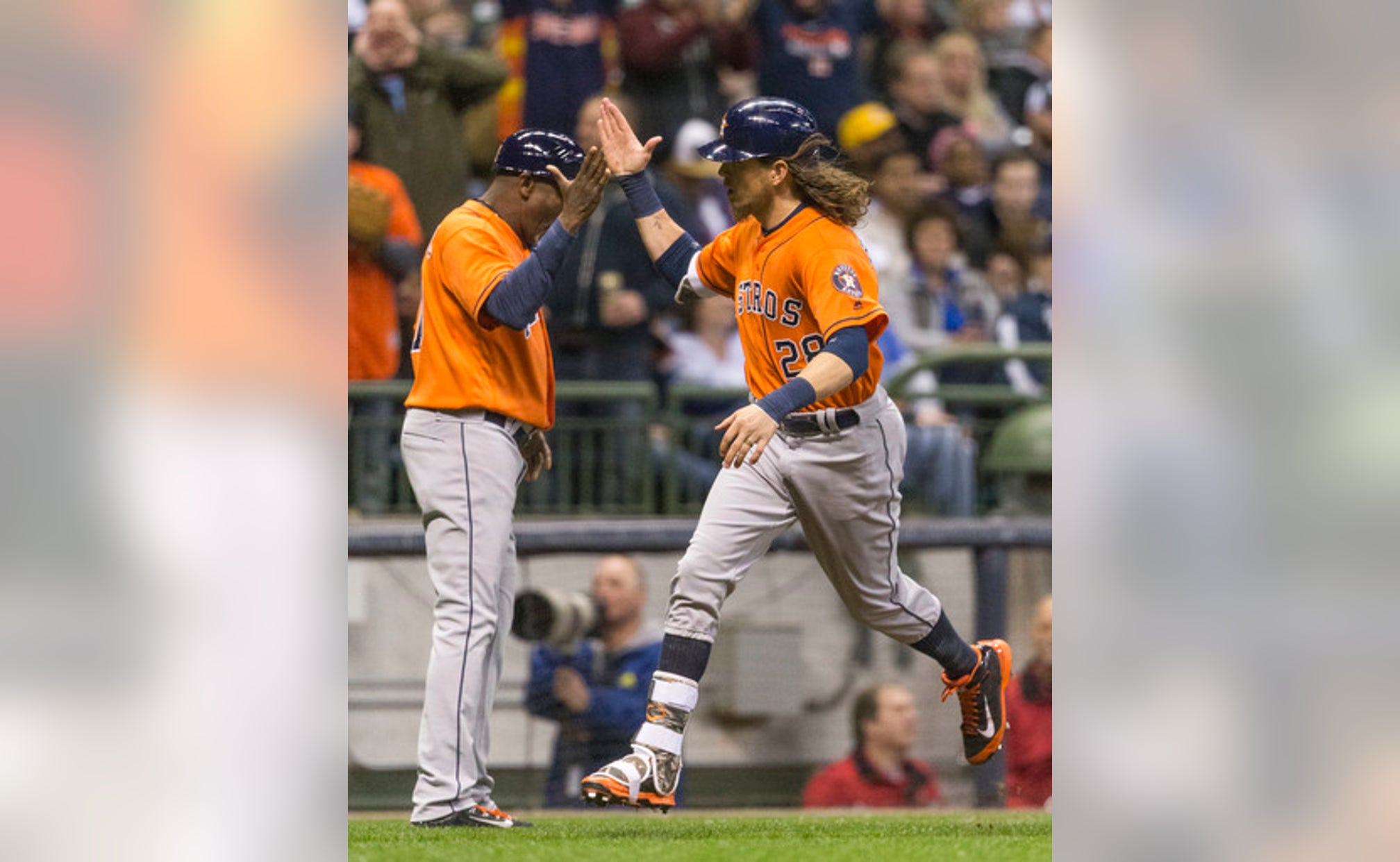 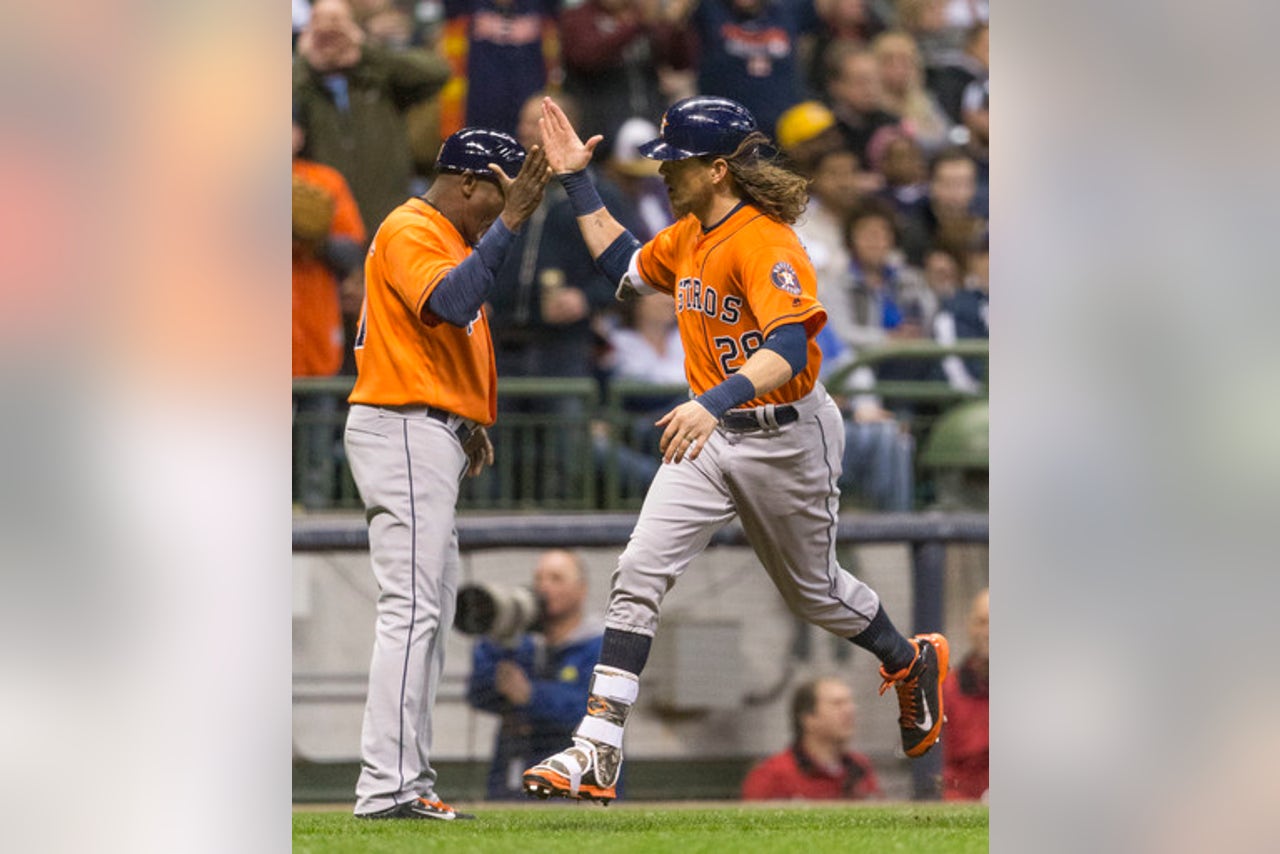 MILWAUKEE (AP) Colby Rasmus was glad to help the Houston Astros get back to winning.

Rasmus had two home runs and a sacrifice fly to lead Houston to a 6-4 victory over the Milwaukee Brewers on Saturday night, snapping the Astros' three-game skid.

''It felt good,'' Rasmus said about his day at the plate and Houston's win. ''It felt good to get us flowing good and to get up on those guys and get us a `W' here.''

Doug Fister and Tyler White had it moving pretty good, too.

White had a sacrifice fly in the first and followed Rasmus in the fifth with his third home run. White, who is 10 for 15 (.667) so far in his rookie season, became the first Astros player to hit three home runs in his first five career games.

''Swing was feeling good today,'' Rasmus said. ''We had it going on. Hopefully, we continue that. It is fun to watch (White) right now. Watch him hit up there and doing the things he is doing. Yeah, man. Baseball is good. Today is good.''

It was the second time this season that the Astros had hit consecutive home runs.

Rasmus teed off on Milwaukee starter Wily Peralta (0-2) with a solo shot in the third and a two-run blast in the fifth that landed near the top row of the second-tier bleachers in right.

''Rasmus just hurt him today,'' Brewers manager Craig Counsell said. ''That was the story for Wily.''

Rasmus may have found some motivation after being called for interference under the new ''Chase Utley rule,'' resulting in a game-ending double play Friday night that halted Houston's ninth-inning rally and gave the Brewers a 6-4 win.

''When (Rasmus) gets locked in, and we saw it in streaks last season ... there is a look to him where he is controlling exactly what he is looking for,'' Astros manager A.J. Hinch said. ''When he gets it, he does a ton of damage.''

Luke Gregerson pitched the ninth for his second save.

Fister signed a one-year contract with Houston as a free agent in the offseason after spending the last two years with Washington. The 6-foot-8 right-hander made 15 starts in 2015 before right forearm soreness landed him on the disabled list May 15. He transitioned to being a reliever in early August and finished 5-7 with 4.19 ERA in 25 appearances.

Fister's last appearance during spring training came March 28 against Atlanta. He gave up six runs on seven hits in 4 2/3 innings. He walked four and struck out three, but against the Brewers, it was a much better ending.

''I felt like I had some decent command,'' Fister said. ''Couple walks that really kind of irked me, but at the same time, it felt like I got out of situations when I needed to. Overall it wasn't a bad day, but I still have a lot of room to grow.''

Peralta, who lost 12-3 to San Francisco in the season opener, allowed six runs and seven hits to the Astros with four walks and four strikeouts. He's allowed 10 earned runs and 13 hits in 8 1/3 innings in his first two starts.

Scooter Gennett, who hit six home runs last year in a platoon role, hit his third this season, a two-run shot in the fifth. The Brewers are giving the left-handed batting infielder a chance to become the regular second baseman. So far, he's made the most of it with a club-best .438 batting average.

Kirk Nieuwenhuis hit his first home run as a Brewer, connecting off Pat Neshek for a solo shot in the sixth.

Brewers scratched out a run in the third on a fielder's choice.

The Astros hit consecutive home runs for the second time this season. Tyler White and Preston Tucker did it April 7 against the New York Yankees.

Jason Castro snapped a 0-for-11 streak in the first when he dropped a bunt down the third-base line, beating the shift. Third baseman Aaron Hill, moved to the hole at short, never had a chance.

Astros: RHP Chris Devenski pitched three scoreless innings in his major-league debut Friday night. He allowed one hit and struck out four. ''We're going to give him a day off,'' Hinch said. ''He's not going to used today, but he was so efficient, he probably only needs a day off.''

Brewers: After appearing in three games as a pinch-hitter, Nieuwenhuis made his Brewers debut in center.

Astros: LHP Dallas Keuchel (1-0, 2.57 ERA) looks to build off his opening-day 5-3 win over the New York Yankees on Monday. The reigning AL Cy Young Award winner is 0-2 with an 11.68 ERA in three starts against the Brewers.

World Series Top Plays: Game 1
The World Series is finally underway. Stay up to date with the latest and greatest plays from Game 1, as they happen.
9 hours ago

What You Need to Know: World Series
It all comes down to this. From the schedule to the odds, each team's X-factor and more, get ready for the Fall Classic.
19 hours ago