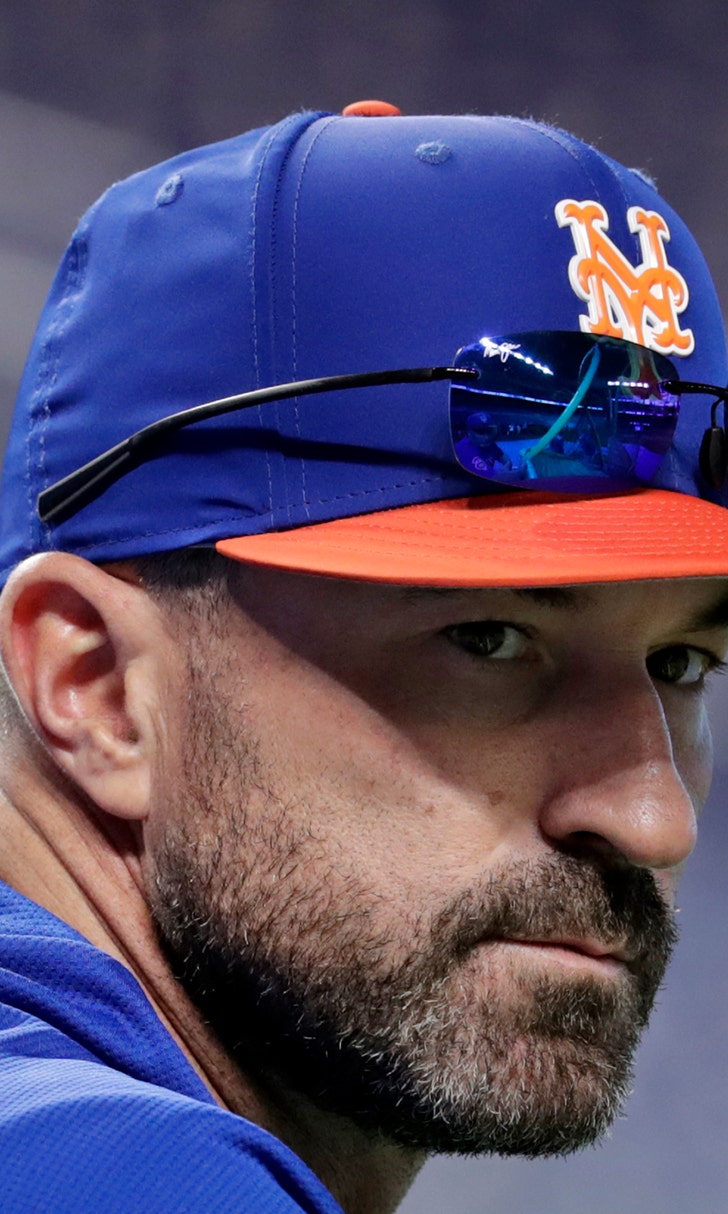 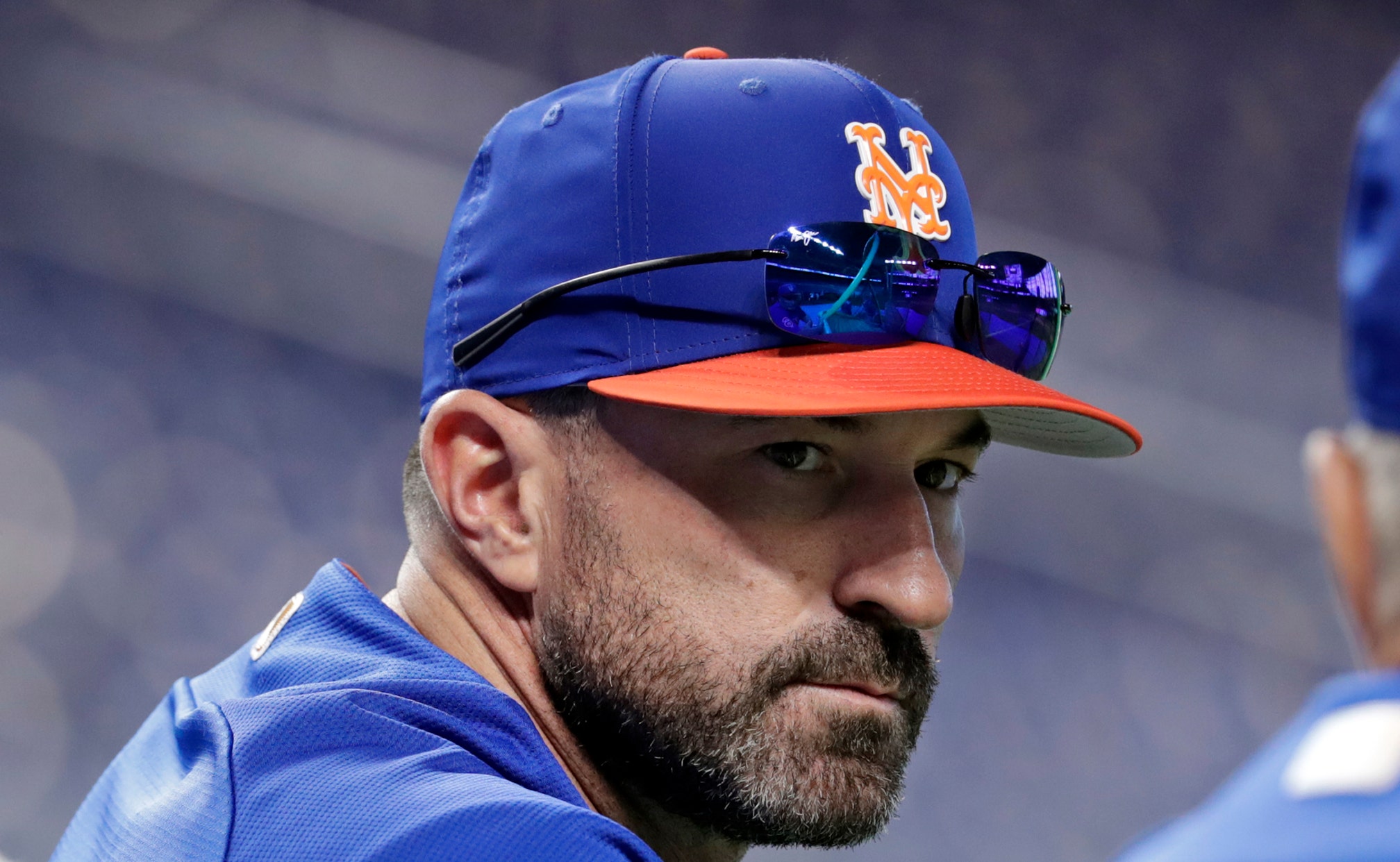 His team batted out of order due to a lineup-card snafu. Several puzzling decisions drew heavy scrutiny. And the banged-up Mets faded fast following an 11-1 start, finishing eight games under .500.

"I experienced a ton. I think that's probably the most valuable thing, is just going through it. Going through the ups and downs," Callaway said Wednesday. "I'm looking forward to Year 2."

But as he prepares to begin his second spring training in charge, the 43-year-old Callaway is already under plenty of pressure in a potentially dicey situation.

On paper, the Mets look much improved, and a confident Van Wagenen hasn't been shy about saying they fancy themselves NL East favorites.

"I don't have a big concern at this point," Callaway said about his team.

But wins won't come easily in a robust division that includes Atlanta, Washington and Philadelphia. New York finished behind all three last year, and each one has made significant moves to upgrade this winter.

"Bring on as much pressure as possible," Callaway said. "The pressure is welcomed, and I'm going to be better suited to handle things on a daily basis because of my experience last year."

Sandy Alderson was the GM when Callaway was brought in following a highly successful stint as Cleveland's pitching coach. He felt so sure about the Mets roster at his disposal when camp started last year that Callaway proclaimed: "If we don't do something special with the group we have in place, it's going to be on the leadership. That's going to be on me."

After his rookie season at the helm, Callaway spent a lot of time reflecting on his performance.

To assist him in the dugout this year, the Mets hired Jim Riggleman as their new bench coach.

The 66-year-old Riggleman has 13 seasons of experience as a major league manager with five teams — four in the National League.

"I walked him through some of the moves that I made last year. And he stopped me four minutes into my explanation and said, 'See how long it took you to explain that?' You're never going to be able to explain everything," Callaway recalled. "He said, 'Don't overthink it.' I think going into the season I'm going to make sure I'm more cognizant of that this year.

"I tend to be a deep thinker. And it's fun for me to sit there the whole game and think about what's going to happen and how I can use my guys," he added. "I think it's like taking a test: When you know something, you know it. And don't start questioning what you know. And I think at times I had some time to stew over things and maybe just tried to make it a little more complicated than it really is. And I think at this point in my career and who we have in that room, we can play a little bit more traditional baseball than I was trying to think about last year. You try to get creative to help your team win, and that might not always be the right way."

If the Mets get off to a rocky start, however, Riggleman could quickly be viewed as a natural replacement for Callaway.

Riggleman has been promoted to interim manager several times throughout his career — including last season by the Cincinnati Reds.

"We're on the same page. We've had great conversations so far. He's such a knowledgeable baseball guy. I can't wait to get in the dugout with him and kind of go back and forth on what we should and shouldn't do," Callaway said. "We are lucky to have him and I'm lucky to have him next to me in the dugout. There's no threats there."

With help from the analytics staff and new quality control coach Luis Rojas, one of Callaway's biggest challenges will be juggling the lineup on a daily basis and during games.

Van Wagenen focused on building depth this offseason and said the Mets want to take advantage of their versatility at multiple positions. For example, they brought in two All-Star second basemen in Cano and Jed Lowrie, who will likely see time at third base and all over the infield.

"We have to over-communicate, if anything, on what the lineup's going to look like," Callaway said. "We're very confident that we're going to get all these guys playing time that they deserve."

NOTES: Callaway said LHP Jason Vargas will be the No. 5 starter but power-hitting prospect Peter Alonso needs to earn the first base job. ... Callaway also said he hopes slugger Yoenis Cespedes, rehabbing from surgery on both heels, can contribute "late in the season." ... The first formal workout for pitchers and catchers is scheduled for Thursday.