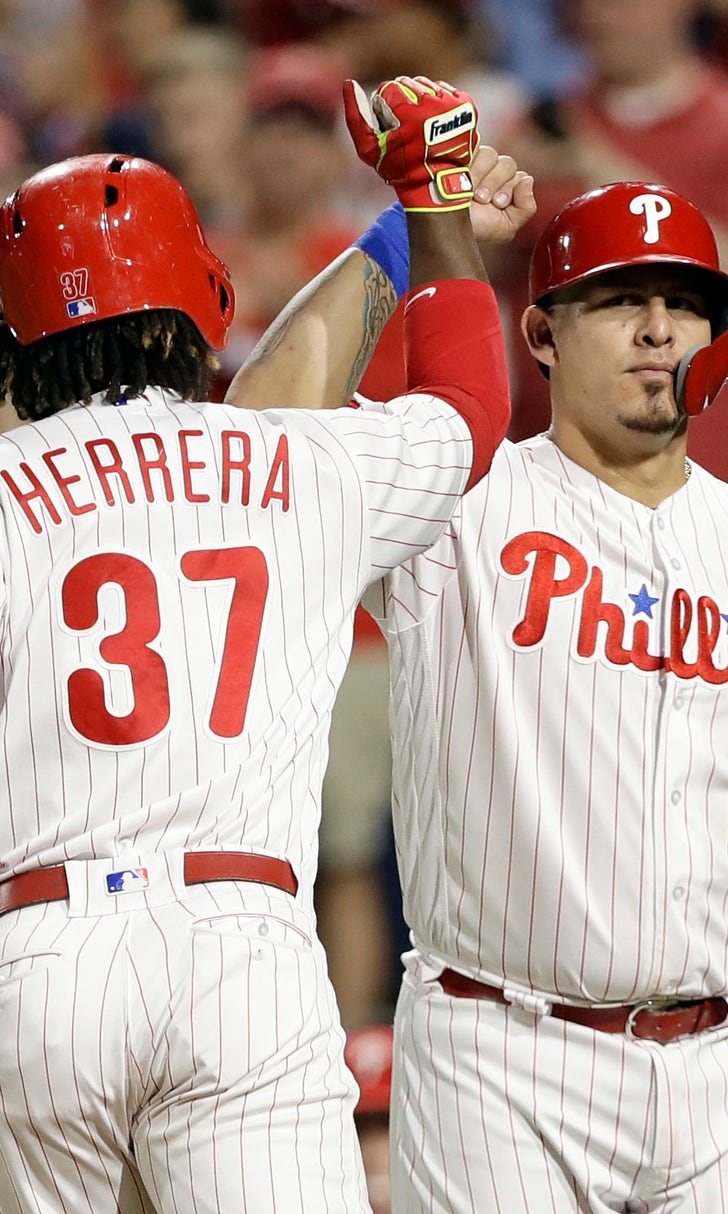 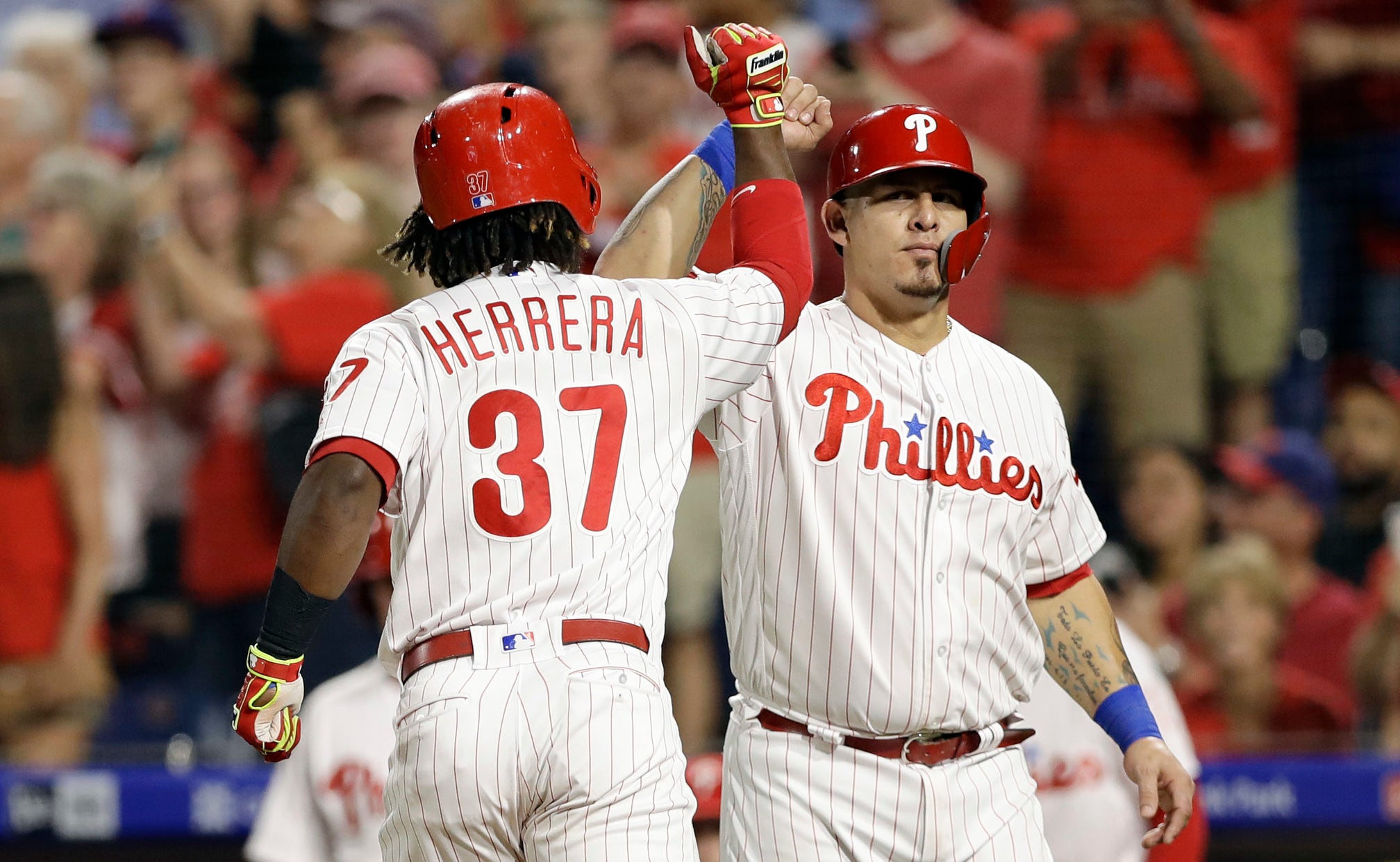 PHILADELPHIA (AP) — After a monthlong swoon, Rhys Hoskins and the Philadelphia Phillies are ready to make one final push for a playoff berth.

Hoskins became the seventh-fastest player to hit 50 career home runs and the Phillies kept pace in the NL East with a 4-0 victory over the New York Mets on Wednesday night.

Zach Eflin and five relievers combined on a six-hitter and Odubel Herrera added a two-run homer for the Phillies, who won consecutive series for the first time since July 25 and stayed 5½ games behind division-leading Atlanta.

Seven of Philadelphia's final 11 games are against the Braves, including a four-game series beginning Thursday night in Atlanta.

"We're in a pretty unique, exciting position that doesn't happen that often. As a competitor, that's all you can ask for," Hoskins said. "It's going to be a fun, really, really competitive, really, really intense series."

"I think it's kind of an arbitrary stat, but it's cool to be mentioned in some of the same sentences as some of the guys who have done it before me," Hoskins said.

The 25-year-old Hoskins later added his 35th double, and Jose Bautista had a pinch-hit RBI double in the fifth off Jerry Blevins.

Aaron Loup allowed a leadoff single to Jay Bruce in the ninth before Pat Neshek got the final three outs of Philadelphia's 11th shutout. New York (70-82) was blanked for the 12th time and assured a second consecutive losing season.

"Over the last two years it's been really difficult as a player," Syndegaard said.

The right-hander gave up both homers and four hits in four innings, matching his shortest outing of the year on April 4 — also against Philadelphia. Syndergaard (12-4) posted a 5.75 ERA in four starts against the Phillies this year.

"He wasn't missing by much but he was just off the plate all night and they ran his pitch count up," Mets manager Mickey Callaway said. "I thought they had a pretty good approach against him again."

Following a lengthy slump that knocked the Phillies out of first place, they've won four of six and manager Gabe Kapler wants his team thinking playoffs.

Players entering the clubhouse were greeted with a message in both English and Spanish that read, "This is not over. It's going to take hard work, heart and pride. Together we can do this."

Before early batting practice was over, Atlanta had finished off a 7-3 victory against St. Louis that snapped a four-game skid and reduced its magic number to six to clinch the NL East.

But the Phillies answered ahead of their biggest series of the season.

"We have a job to do in Atlanta," Kapler said. "We're prepared for it. We've been thinking about it quite a bit."

Mets: INF Wilmer Flores, experiencing pain in both knees, was sent back to New York and scheduled to undergo tests Thursday. . Bruce made his 11th start at first base and first in five games.

"I made some adjustments and was able to sort of take off," Wheeler said. "Hopefully, I can carry that into next season."

Kershaw Makes History In Dodgers Win
The Dodgers are one win away from a World Series title, after Clayton Kershaw silenced the doubters in Game 5.
23 hours ago