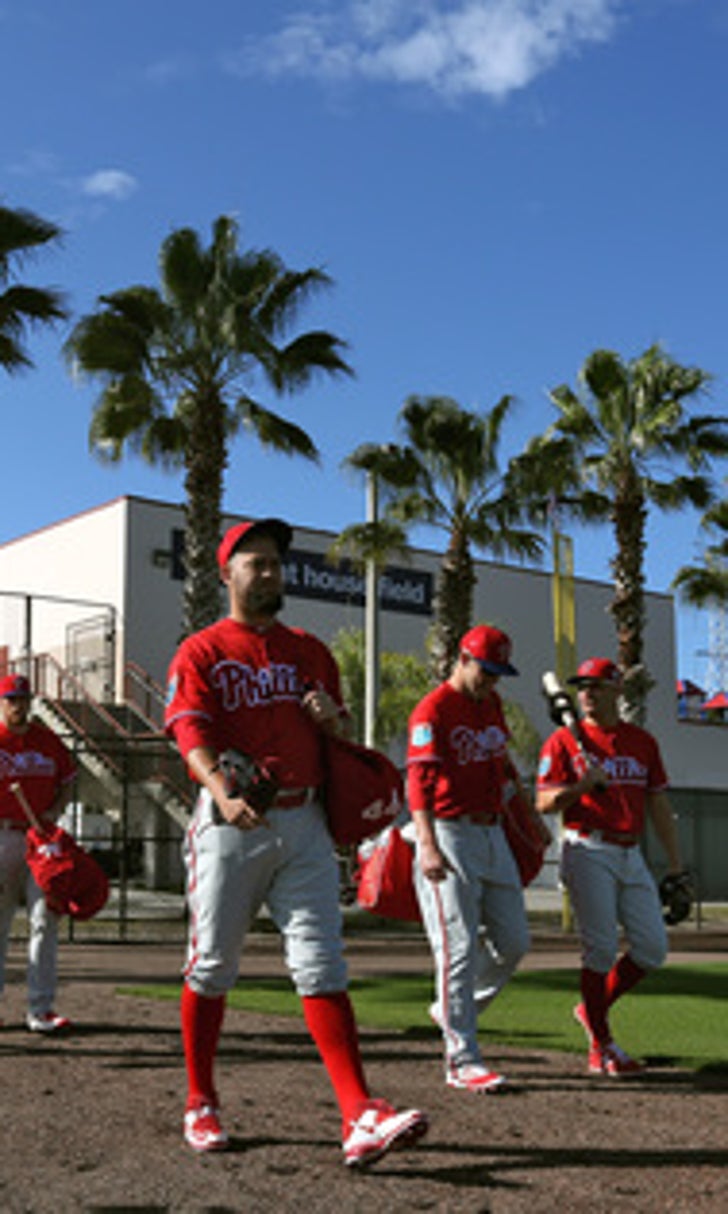 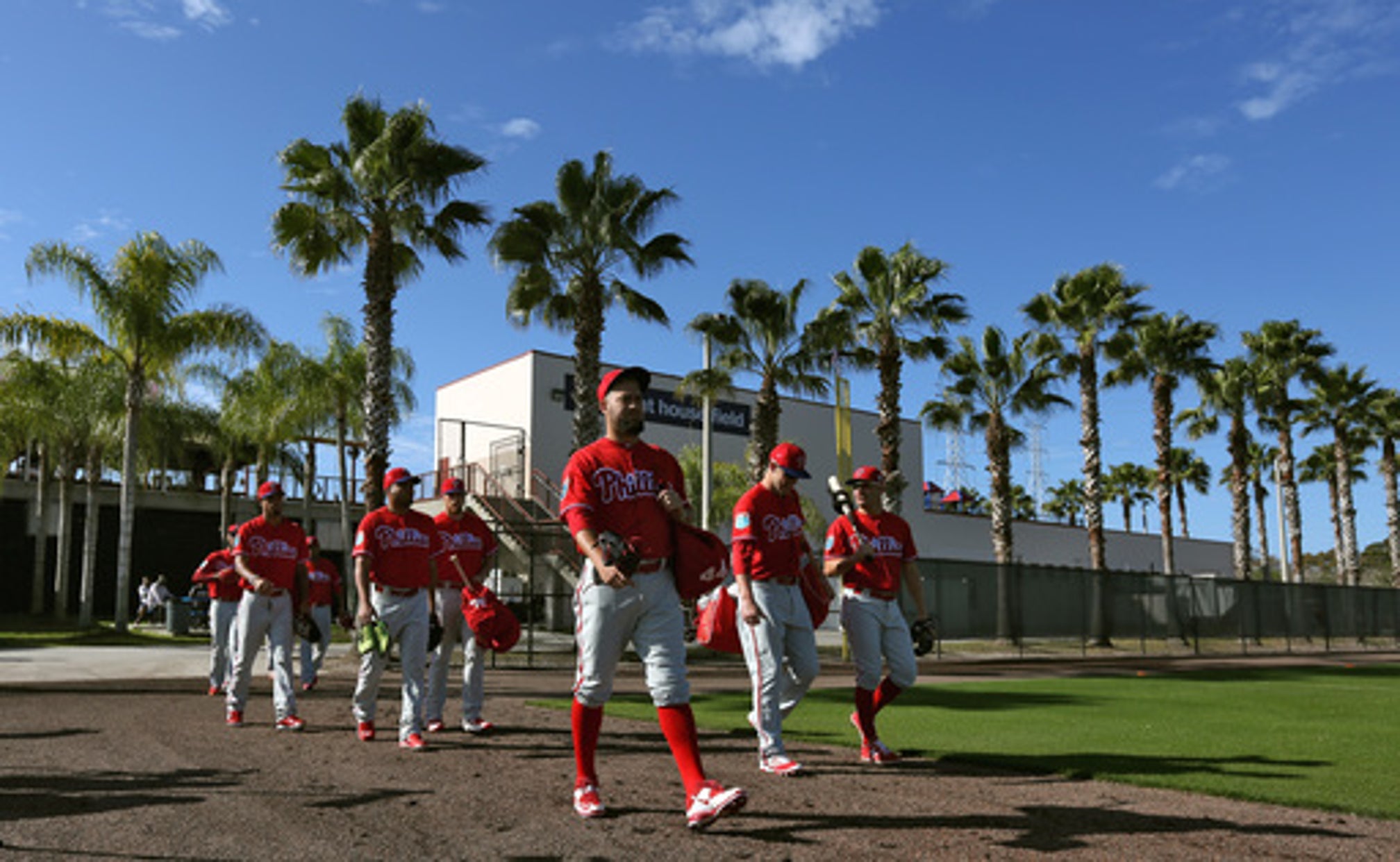 Crawford giving Phillies a glimpse of the future 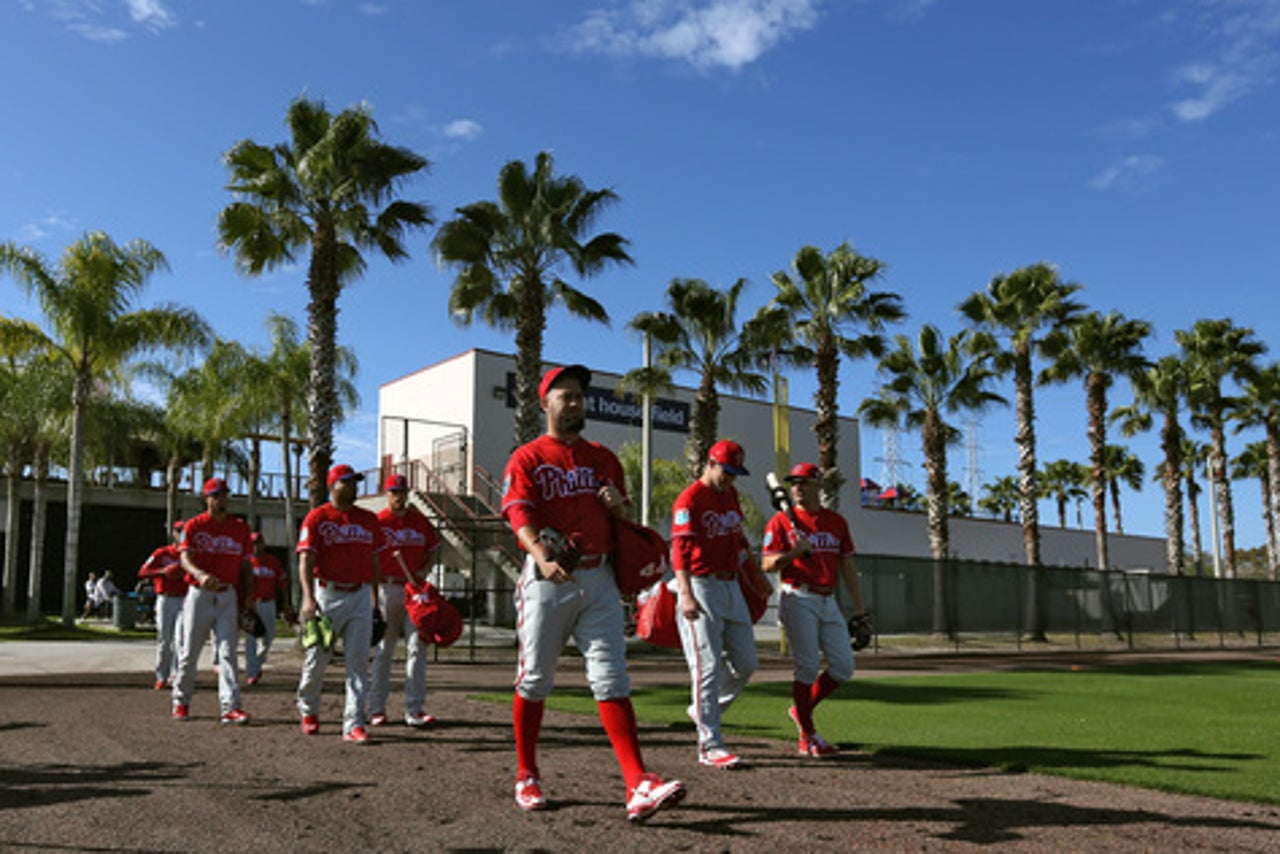 The sight of Crawford taking batting practice at spring training, hitting balls over the wall with his smooth left-handed swing, is an indication of just how much has changed in the last few years for the Phillies.

Now firmly invested in a youth movement, the Phillies are counting on players like Crawford to help them return to contention - maybe not this year, but sometime in the not-too-distant future. Crawford is one of several Philadelphia prospects in camp as non-roster invitees.

Crawford was a first-round draft pick by the Phillies in 2013, and he hit .288 in 107 minor league games last year with Class A Clearwater and Double-A Reading. The 6-foot-2 shortstop now has a chance to spend some time around players who are already in the majors.

''Just picking some of the big leaguers' brains,'' Crawford said. ''I've been taking groundballs with (Andres) Blanco. He's helped me a lot.''

The Phillies have not finished above .500 since winning the NL East every year from 2007-2011. Although Ryan Howard and Carlos Ruiz are still around, the roster looks nothing like it did back then. Instead, younger players like third baseman Maikel Franco and outfielder Odubel Herrera received extensive playing time last season.

More help could be on the way soon. The Phillies have five of the game's top 100 prospects, according to Baseball America. That group includes Crawford (No. 6), outfielder Nick Williams (27), right-hander Jake Thompson (75), outfielder Cornelius Randolph (88) and catcher Andrew Knapp (96). All except Randolph were invited to major league camp this year, and so was right-hander Mark Appel, a former No. 1 overall draft pick who came to the Phillies in an offseason trade with Houston.

Crawford, Williams, Thompson and Knapp played together at Reading last year, and if all goes well, they could be seeing plenty of each other in Philadelphia over the next several seasons.

Blanco had just turned 20 when he made his big league debut in 2004 for Kansas City. After bouncing around the majors a bit, he played a career-high 106 games for the Phillies last season. In other words, he's someone who can certainly offer some mentorship to a player like Crawford.

''He looks good out there,'' Blanco said. ''When you are young, you try to impress, try and do too much. It's normal. I just try to let him know that there's not any pressure.''

The Phillies aren't expected to contend this year, and they still have Freddy Galvis penciled in to play shortstop. They can afford to be patient with Crawford, who hit .265 in 86 games at Reading in 2015.

''I want to concentrate on our big league guys,'' Mackanin said. ''If everybody's playing like we hope they can, then that gives us more time for the Crawfords and the Williamses and so on and so forth, to develop and not have to rush them.''

But it's hard to blame Phillies fans if they keep an eye on the minor leagues this season, since so much of the organization's future may depend on the progress players like Crawford make in the coming years.

''Great kid, he's got talent,'' Blanco said. ''The reason, probably, they have him right here is to learn how we do everything - how the big league guys do things.''

NOTES: After trading both Jonathan Papelbon and Ken Giles over the last year, the Phillies will have a new closer this season. Mackanin said he's talked to several potential candidates. ''Without naming names, one guy said that he would probably be more comfortable as a seventh- or eighth-inning guy,'' Mackanin said. ''So that tells you right there, that might eliminate him.''