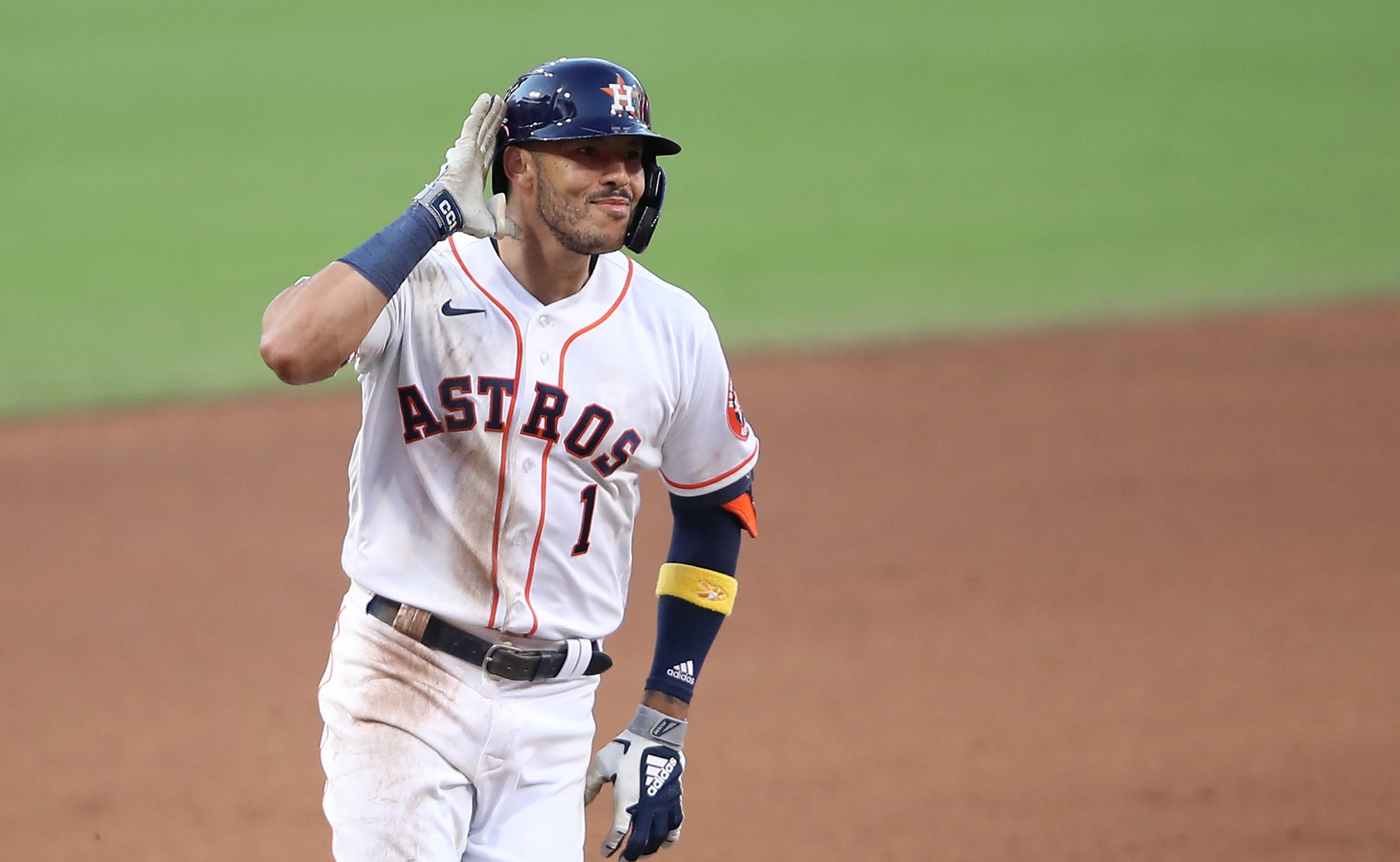 If the Houston Astros are showing anything in their ALCS matchup with the Tampa Bay Rays, it's resiliency.

After trailing 0-3 in the series, the Astros have now forced a Game 6 against the Rays after a walk-off 4-3 win in Game 5.

Here are the key takeaways from Thursday's Game 5:

During the regular season, Carlos Correa was a shell of the player that fans have become accustomed to seeing, only hitting five home runs in 60 regular season games.

However, he's more than made up for that lack of production in the playoffs, highlighted by Thursday's walk-off shot to give Houston the win.

Correa has caught fire in the postseason, and has now hit six home runs in just 10 playoff games.

With Thursday's walk-off bomb, Correa established himself as one of the most clutch hitters in MLB playoff history, while the Astros re-established themselves as arguably the most resilient team of their era.

2. History in the making?

Speaking of resiliency, the Astros are starting to swing the momentum in this series in a way that hasn't been done since 2004.

That year, the Boston Red Six came back from an 0-3 deficit against the New York Yankees to win the ALCS on their way to a World Series title.

An 0-3 deficit was the only thing they hadn't seen in their three-year ALCS run.

The Rays endured two losing streaks of at least three games in the regular season, but it didn't stop them from winning the AL East and comfortably making the playoffs.

Before Game 5, they had an 8-2 record this postseason and hadn't lost two in a row, but now the Astros have disrupted their momentum in a major way.

Now, Tampa Bay will turn to their ace Blake Snell in hopes of righting the ship in Game 6.

The Astros have taken the momentum in this series but the Rays are still in control with a 3-2 lead.

They will look to close the series out on Friday night.

Kershaw Makes History In Dodgers Win
The Dodgers are one win away from a World Series title, after Clayton Kershaw silenced the doubters in Game 5.
14 hours ago

World Series Top Plays: Game 5
The Dodgers bounced back from their disastrous Game 4 to claim a 3-2 lead. Check out the biggest moments from Game 5.
18 hours ago

Who grabs control in Game 5?
What will the Dodgers and Rays do for an encore after Saturday's wild finish? Our Super 6 preview examines the key questions.
23 hours ago